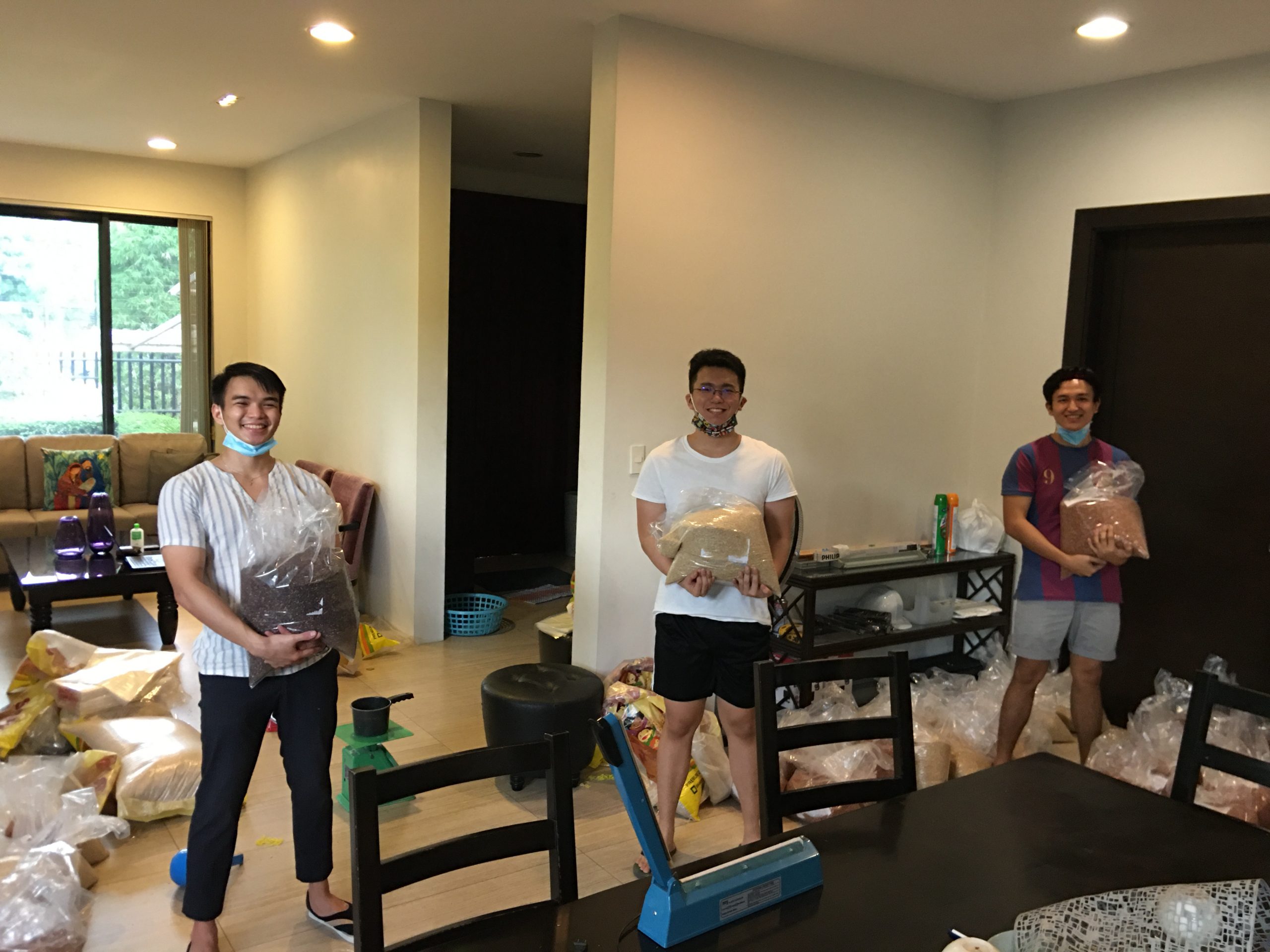 It is no secret that numerous people are struggling because of the impact of the COVID-19 pandemic and community quarantines imposed to allegedly contain the spread of the virus.

Among these are the farmers who have lost their market due to transport constraints.

Seeing the plight of the farmers, a group of university students decided to act and help the farmers gain a market in the metro.

“When the pandemic started, we were deeply shocked and saddened with the frequent news of farmers forced to discard tons and tons of their crops due to their difficulties in transporting and selling their produce. [So] we made it our personal mission to help in whatever little way we could,” said Richard Canlas, a second-year college student majoring in BS Business Administration and Accountancy in the University of the Philippines-Diliman.

Thus, the Farmer-Community Assistance Program (FCAP) was born. It aims to directly connect the farmers from the mountains and fields of Luzon to the various households of Metro Manila. 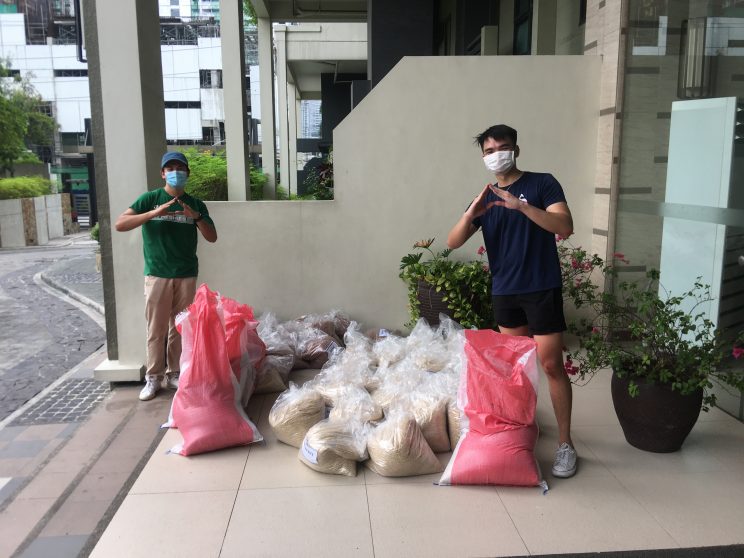 Canlas created the project with his friends and batchmates in UP-D: Martin Velasco, Aeron Sanidad, and Juan Miguel Españo.

“We engage in fair-trade and direct sourcing from rice farmers in Libmanan, Camarines Sur while also selling affordably to the individual consumers here in Metro Manila because we believe that we can all benefit from ethical business practices in times like this,” Canlas said.

The group sells the organic rice to various online marketplaces in Facebook and Viber groups, as well as to their friends and family. Currently, they offer freshly-milled organic brown rice, red rice, and black rice sourced directly from the farmers of Camarines Sur.

“We are in contact with a company in Camarines Sur, which was established by various smallholder farmers. During the start of the week, we would estimate the demand and then send an appropriate order to our contact person,” Canlas said.

Upon payment, the company would mill and pack the rice on demand before delivering it to Caritas in Pandacan, Manila.

Once in Manila, Canlas and his friends would book for a Transportify truck to transport from Caritas to their repacking and distribution center in Banawe. By the end of the week, the group would repack the sacks for household consumption, and afterwards notify the buyers that their orders are available for pickup or shipping.

Rice is sold in five and 10 kilogram packs perfect for household consumption, but the group also offers wholesale prices to potential resellers.

Sometimes, when the ordered quantities are in bulk, Canlas and his friends would personally deliver it to the customers for a minimum fee. This whole process would all take place in just a week.

“This past month alone, we were able to sell more than 1,300 kilos of rice to nearly 100 households here in Metro Manila, and we are looking to expand our operations, increase our profits, and eventually help out more people in the process,” Canlas said.

Profit from transactions would be used to purchase fresh produce from other farmers which will then be distributed to communities in need. 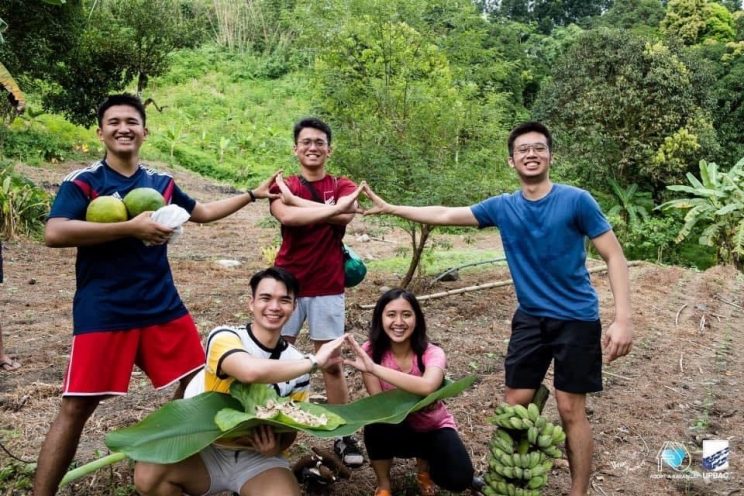 The group’s interest in agriculture sparked when they joined their school’s Adopt-A-Barangay project.

Canlas and his friends’ interest in agriculture sparked when they joined their local student council’s social responsibility project called Adopt-A-Barangay.

“Every month, we would go to Barangay Puray in Rizal and experience the newfound joy of farming—we would plant and harvest alongside the farmers, eat and share stories with them, and even discuss plans on how to improve their standard of living,” the second-year student shared.

As he grew closer to the farmers, he learned more about the economic and social injustices that they experience on a daily basis. For him, helping out the farmers became more personal rather than mandatory. 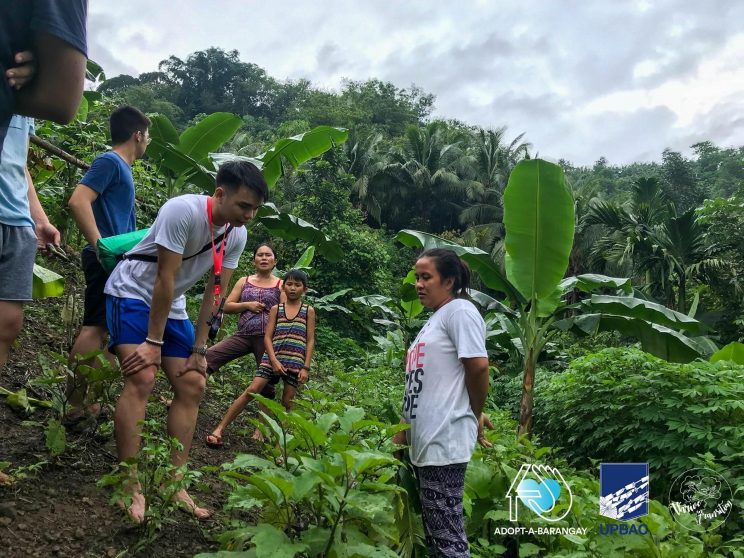 After spending time with the farmers, Canlas became aware of their daily experiences.

Canlas shared that being immersed in a farming community helped him realize that there’s more to farming than merely growing food.

“It’s also about connecting with and realizing the importance of the very people who make it possible for us to enjoy the comforts we’re enjoying now. That’s why we urge the youth to go out and experience farming in its very basic form so they can realize how fun and exciting it is, and how profound of an impact you have on the lives of people through agriculture,” he said.

Pollinating flowers can now be done with bubbles