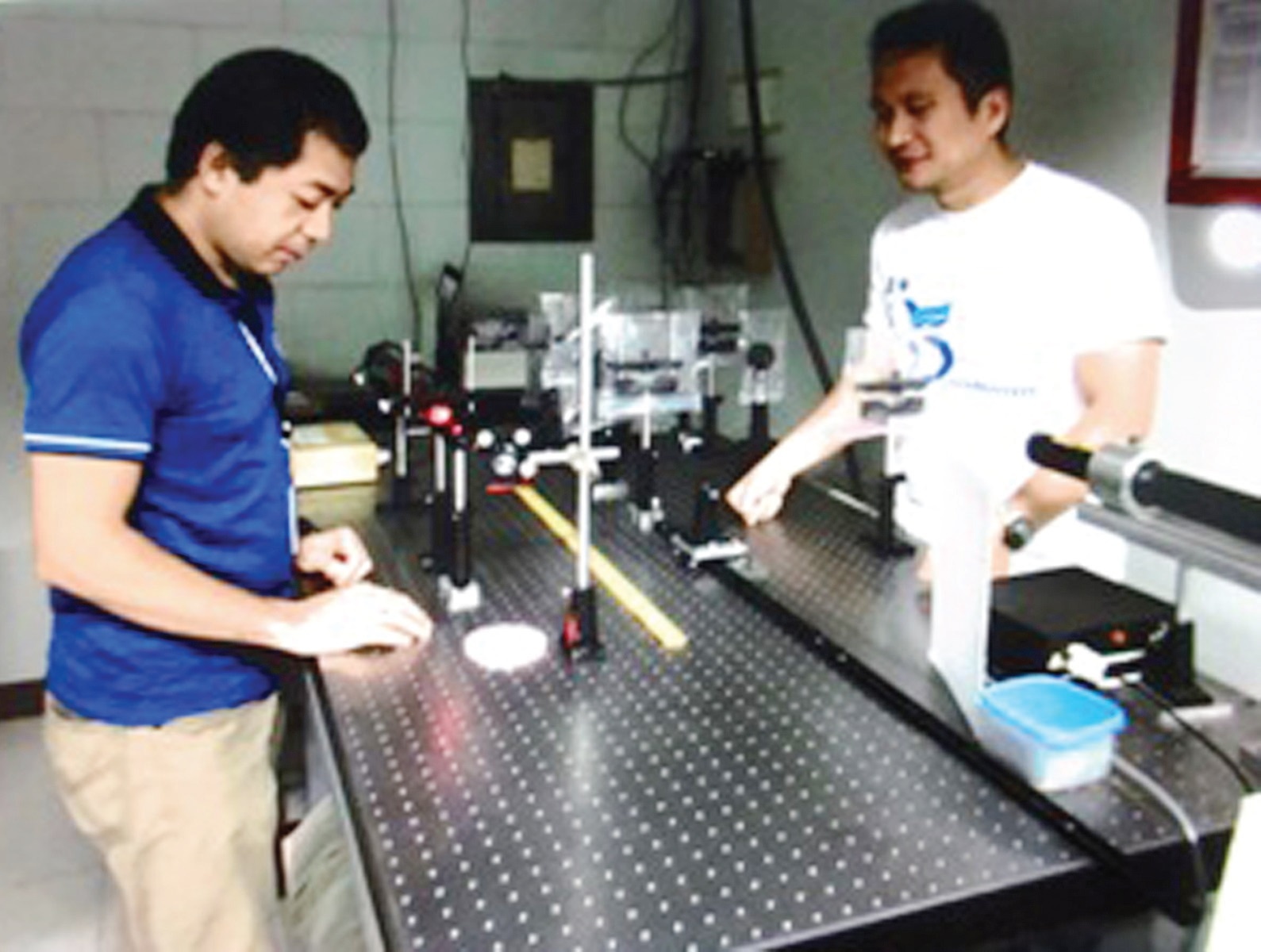 The LASER (Light Amplification by Stimulated Emission Radiation) is a device that generates an intense beam of coherent monochromatic light or electromagnetic radiation. The first optical or light laser was invented by Theodore Maiman in 1960. The device has many applications in medicine, industry, and agriculture.

Dr. Raphael Guerrero, a physics professor of the School of Sciences and Engineering of the Ateneo de Manila University and his doctoral student Rayno Janayon, a faculty member of the College of Natural Sciences and Mathematics of the Mindanao State University tested the use of lasers on germinating mungbean (mongo) seeds (Vigna radiata).

The researchers used lasers with wavelengths of 632.8 nm (He-Ne) and 488 nm (Ar) at different exposure (radiation) times. They found that the seeds exposed for two minutes significantly increased the length of the seedling’s hypocotyl (young stem) by 22.5%, seedling root length by 28.8%, seedling mass by 29.2%, and protein content of the seedlings by 43% compared to those of the control (no treatment) and those of seeds exposed at one, five, and 10 minutes. They published their work in the International Journal of Optics (2019).

The lasers stimulate the photoreceptors in plants, says Dr. Guerrero. “The absorbed energy from laser light activates the physiological and biochemical processes within the irradiated seed due to conversion of light energy into chemical energy.” One of the chemical processes increased in the germinating seeds is enzymatic activity. The photoreceptors for sensing red/infrared light are phytochromes while the phytoreceptors for blue light are cytochromes.

The use of lasers for biostimulating plant seeds is considered much safer to the environment and more cost-effective than the use of other sources of radiation like nuclear energy. Lasers have also been used for stimulating seeds of wheat, barley, soybean, peas, and corn. Their use on mungbean is the first reported in the Philippines and elsewhere.

The mungbean is one of the major legumes farmed in the Philippines. It is considered the cheapest source of plant protein in the country. In 2018, we produced 36,700 metric tons of mungbean with a value of P2.1 billion, according to the Philippine Statistics Authority.