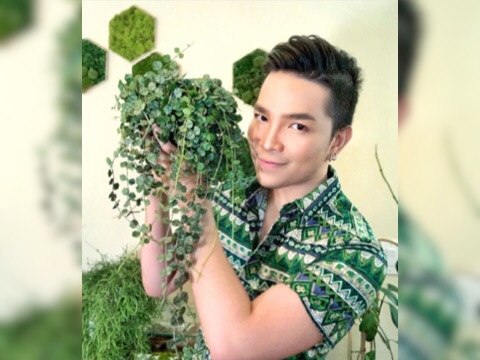 Cyril Sontillano spent $5000 on his plant collection that includes about 200 species of houseplants.

Nowadays, some millennials and younger generations tend to gravitate away from the idea of having children, especially in this economy. They believe that taking care of pets and plants are better investments in the long run.

Cyril Sontillano, a plant hobbyist and enthusiast, spent around $5000 (or roughly P250,000) in transforming his home in California into a tropical paradise.

Originally from the Philippines, Sontillano moved to California several years ago and saw it as an opportunity to start his own plant collection after admiring those that he sees on Instagram. 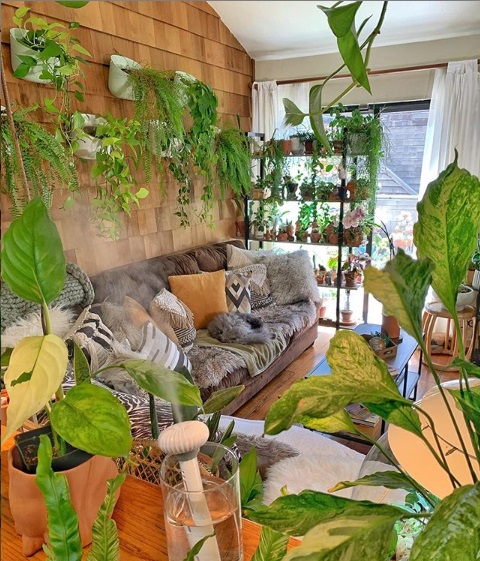 A glimpse of Sontillano’s home and some of his plant babies.

“I ordered a Monstera deliciosa online after my birthday in March 2018 and in a month I already had 100 plants which I got mostly from my local plant stores and nurseries. I would say the rest is history because I didn’t slow down in acquiring more plants and expanding my collection,” Sontillano said.

Eventually, his collection grew to a total of 200 species of houseplants, making him a certified “plant daddy.”

Sontillano shares photos of his collection on Instagram, earning him almost 95,000 followers on the social media platform.

With almost 95,000 followers on Instagram after sharing photos of his collection, the plant hobbyist makes money through collaborations and uses it to buy more plants.

“I grow aroids such as philodendrons, anthuriums, and aglaonemas. I grow epiphytes such as hoyas, hyperzias, ferns and orchids. I have an extensive collection of succulents and cacti as well,” he said.

Sontillano prefers trailing plants like hoyas and huperzias, as well as tropical plants like philodendrons and anthuriums, and those that are native to Asia. However, because cacti and succulents are native to California, the plant hobbyist also developed an obsession for those varieties. 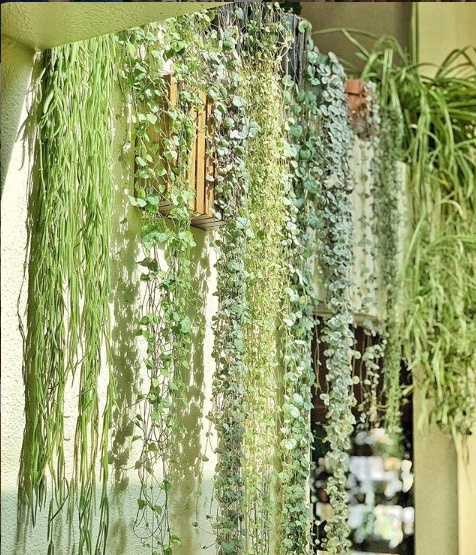 Trailing plants are a favorite of Sontillano.

“Bringing plants in your home is a form of keeping in touch with nature. My success on Instagram is because people saw that this is something I genuinely enjoy. It is a passion and my form of expression,” the plant daddy said.

He added that his mom and my grandmothers would always talk about plants, showing that the love for nature runs in their family.  Also, he sees his collection as his way of bringing and making a home wherever he is in the world.

Despite having around 300 indoor plants and 70 outdoor ones, Sontillano never fails to regularly conduct maintenance on his plant babies.

“[Maintenance] involves routine checks to see if a plant needs watering, pruning, propagation, new support in a form of trellis or moss poles. I [also] fertilize during the growing season, and check for pests and infestations randomly. I do most of my plant care during weekends and I do spot checks throughout the week,” Sontillano said.

According to Sontillano, it takes a lot of dedication and education before one can become a plant parent.

When he started his collection, the plant daddy said he read up on the care and requirements that his plants might need; he even learns new things as he goes along.

“Knowing the basics should be a good foundation, knowing the environment you live in, the type of plants you want to care for or tend to gravitate towards will also determine the amount and the type of effort required on your end,” he said. 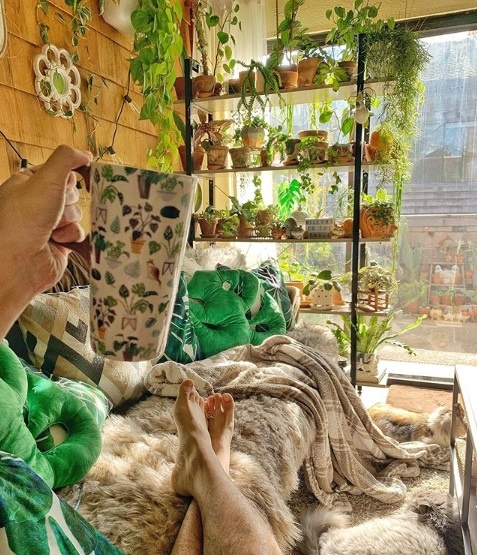 Having plants arond helps Sontillano stay relaxed and preoccupied most of the time.

Santillano considers his anthuriums as the most high maintenance species in his collection since these require very humid conditions and consistent watering. To address this, the plant daddy has a humidifier running all day and grow lights that are on a 12-hour timer to supplement the plant’s light requirements.

Even though being a plant parent takes up Sontillano’s time, he shared that he enjoys keeping his numerous plant babies since these keep him relaxed and preoccupied most of the time. 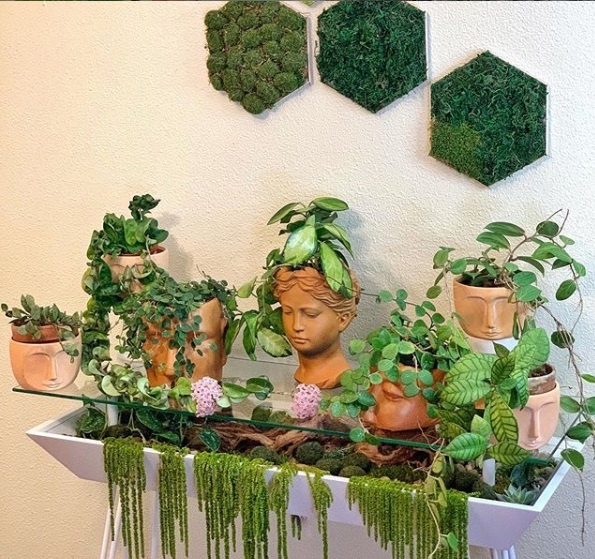 “They give me satisfaction and a form of gratification when I see them put out new growth, bloom and even make plant babies. Just like any hobby, it’s something that’s personal and my plant care and the way I style them on my Instagram is an avenue on how I can express my creativity,” Sontillano said.

Farming tips (and life lessons) from a dragon fruit grower 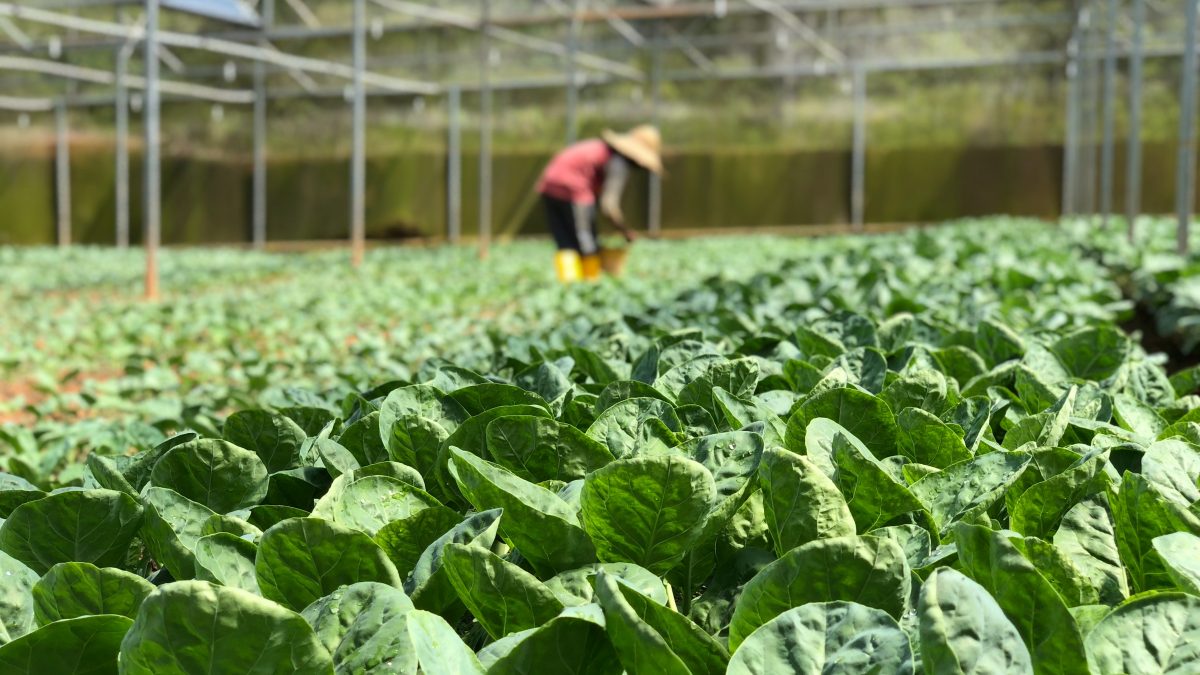