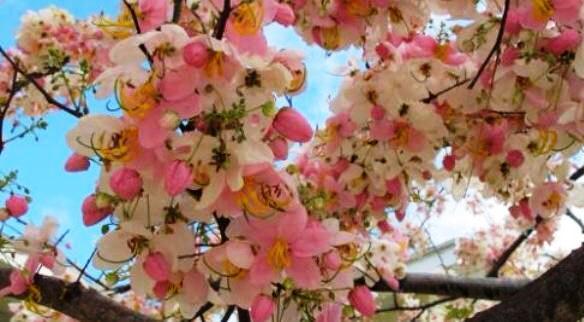 It was the environment conservation event “Padyak Para sa Kalikasan” that paved the way for the recent planting of at least 500 seedlings of the Balayong tree, popularly known as the “Palawan Cherry,” in Barangay Bacungan, Puerto Princesa City.

No less than Chargé d’Affaires, a.i. of the European Union (EU) Delegation to the Philippines, Thomas Wiersing, together with triathlete Madel Argosino (who was among the notable finishers in the recently held 70.3 Ironman World Championships in Nice, France), led more than 400 bikers in the almost 30-kilometer cycling event from Puerto Princesa to the Yamang Bukid Farm, Palawan’s emerging farm tourism destination in Barangay Bacungan.

The combined cycling and tree-planting event was a side activity of the 22nd Cine Europa, where over a dozen European films were shown in cinemas of the SM Mall in Puerto Princesa. 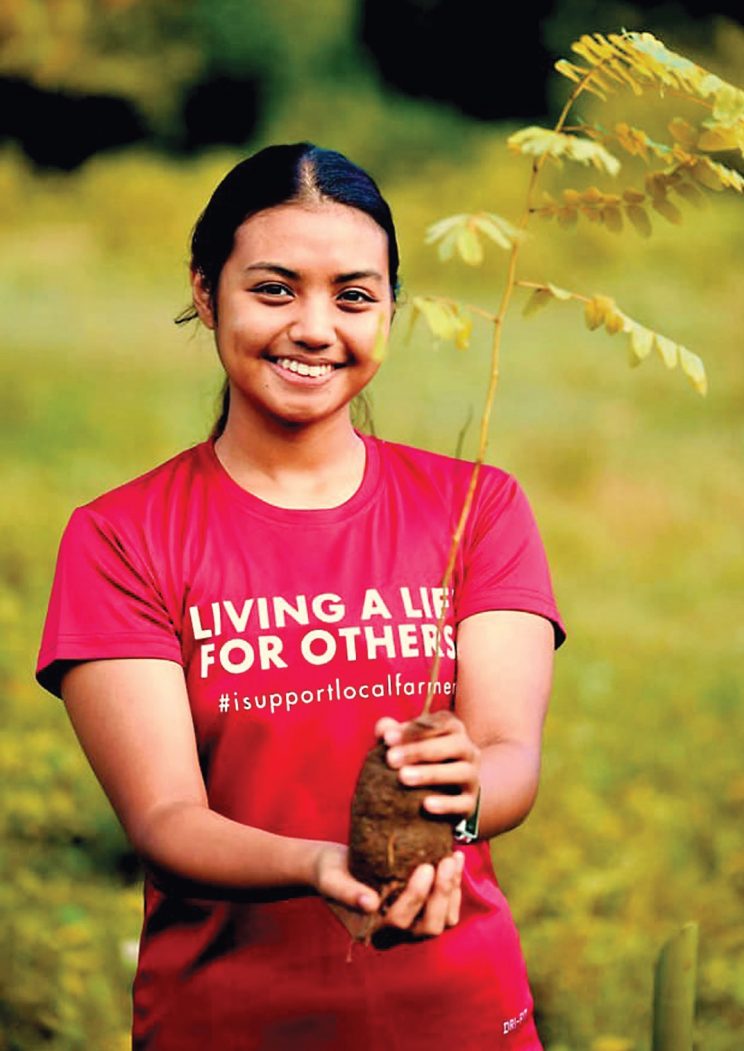 Triathlete Madel Argosino shows a seedling of the Balayong tree, popularly known as the “Palawan Cherry”.

Argosino, a 20-year old Development Communications junior from the University of the Philippines in Los Baños, Laguna, and Wiersing joined the hundreds of cyclists and farmers in the environmental-oriented event.

More than 500 seedlings of the Balayong tree (Cassia nodosa), which is endemic to Palawan and is popularly known as the “Palawan Cherry,” were planted at the roadside leading to Barangay Bacungan.

Locally called Balayong, the tree is endemic to Palawan and is a medium-sized tree which produces clusters of lovely light pink or white flowers.

For local residents, it is a symbol of feminine dominance, female beauty, and love in the language of herbs.

Propagating this tree species is expected to boost the already popular province of Palawan as a major tourist destination site in the Philippines.

Among the highlights of the environmental event was Argosino, who pedalled the full 30-kilometer distance from the shopping mall to the farm marker using a Filipino-made bamboo bike or “bambike,” a fully-operational contraption made of bamboo.

“It was fulfilling especially that I was riding for a cause in support of the farmers and the environment,” said Argosino. 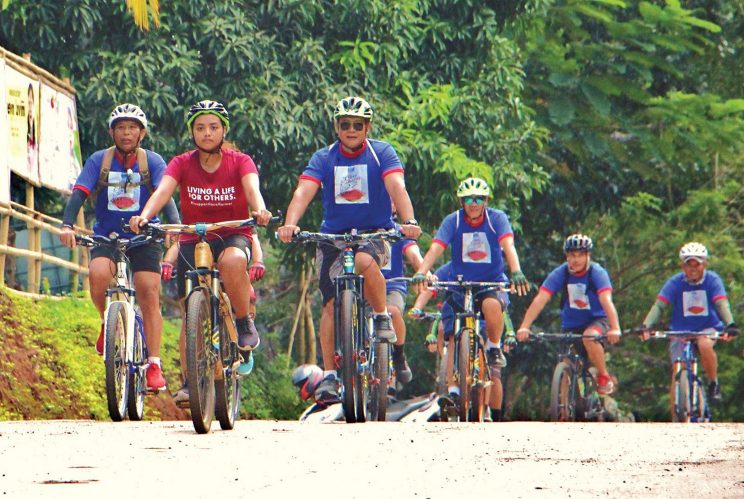 Argosino leads a pack of cyclists as they arrive at the Yamang Bukid Farm in Barangay Bacungan.

According to Argosino, she was ecstatic and surprised that the environmentally-friendly bike was able to perform and endure the ride, particularly the steep and curve climbs approaching the farm.

On the other hand, Wiersing lauded the event and noted the farm tourism destination’s natural and sustainable agriculture practices as pro-environment.

“The (EU) supports all sustainable methods of agriculture that help protect the environment,” Wiersing pointed out.

“We did not only plant trees, but we and our partners will be growing them,” said Bro. George Maria, Yamang Bukid Farm vice president for Community Affairs.

According to Maria, the Yamang Bukid Farm, whose 240 employees are mostly former illegal loggers The event, she said, is expected to boost (Palawan’s) sustainable tourism, local products, Palaweño skills and hospitality, investment promotions, and rich biodiversity, as well as its environmental protection and conservation initiatives.

Since 2005, Puerto Princesa City has been celebrating its founding anniversary every March 4, when the flowers of the Balayong trees are in full bloom.

Every year, Cine Europa wants to reach out to more Filipinos,and Wiersing considers the film festival as the most influential cultural diplomacy tool.

Aside from the cycling and tree-planting activity, the Yamang Bukid Farm hosted a boodle fight where organically-produced food were served, and different activities were conducted, like the palo-sebo, sack race, and a cultural presentation where the guests and participating cyclists were entertained by the farm workers.