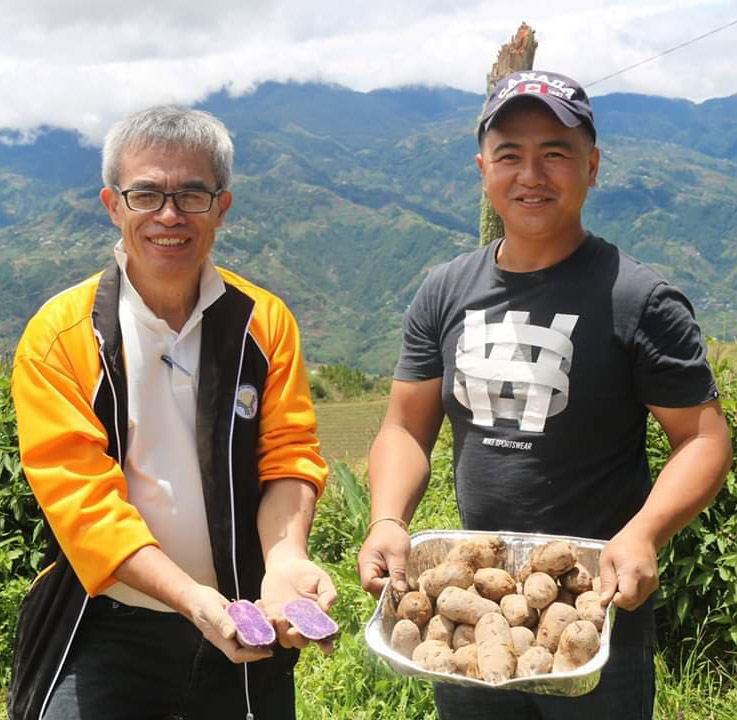 Department of Agriculture Regional Executive Director Cameron Odsey (left) shows one the new eight varieties of potato during the harvest in Natubleng,Benguet. With him is Ardan Copas, manager of the Seeds and Fruits Multi-Purpose Cooperative (SFMPC). Photo by DA-CAR.

BUGUIAS, Benguet – The Department of Agriculture-Cordillera reported that the trial of new varieties of potato was a success during the harvest, being done by the Manpat-a Farmers’ Association in Balili, Mankayan and Seeds and Fruits Multi-Purpose Cooperative (SFMPC) in Natubleng, Buguias.

Conio Copas, 45, member of the cooperative said that the new varieties yielded more than the traditional varieties they planted.

Echoing the observation, SFMPC manager Ardan Copas, declared the trial a success. “Our fellow farmers can adapt these varieties especially that they can now earn more money and recover previous losses.” 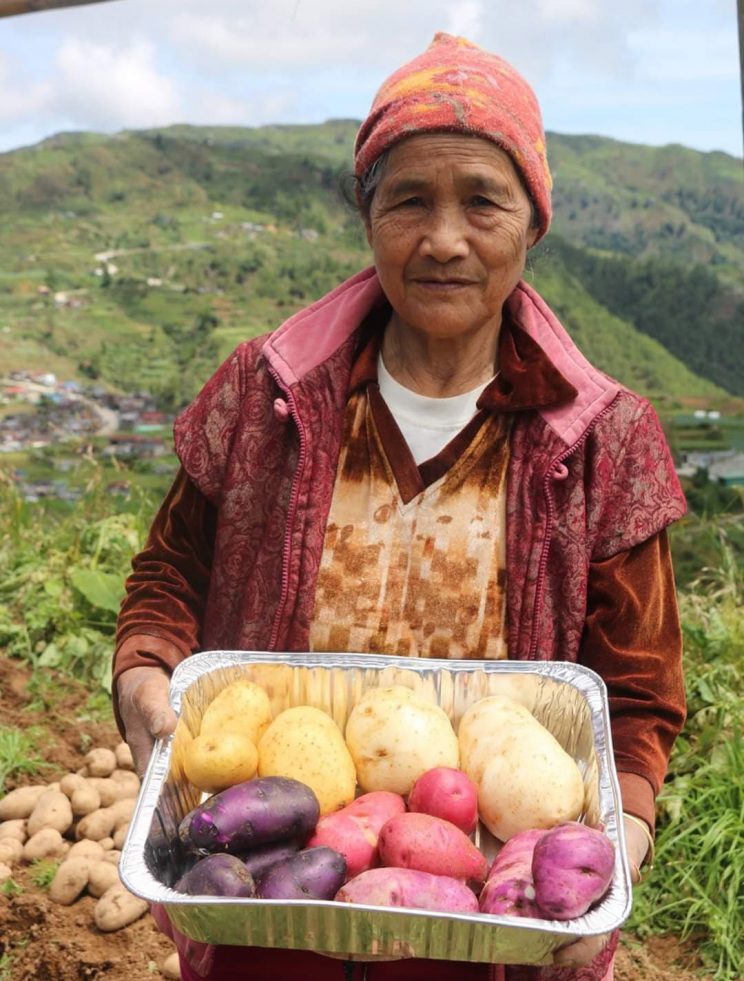 A farmer shows the new varieties of potatoes. Photo by DA-CAR.

DA-CAR OIC-Regional Executive Director Cameron Odsey said, under the Potato Industry Development Program of the DA-CAR, the High Value Crops Development Program (HVCDP) partnered with the Prince Edward Island Potato Board and the Embassy of Canada introduce eight new varieties with potential in the Cordillera highlands.

Odsey said that the project would be an avenue for the farmers to select varieties that would be appropriate to reproduce.

He added that the DA is exploring the possibility of farmers producing their own seeds depending on whether it would be cheaper to produce seeds locally than to import them.

“Potato will be a general commodity that we will continue to support in the Department of Agriculture because it is one of the commodities that many of our highland farmers earned money from and this type of trial will be part of that support to our farmers,” Odsey added.

Farmer-cooperators received the seedlings last February to test these for performance under local conditions, and on June 26, members of the SFMPC harvested their first crops.

HVCDP Coordinator Joan Bacbac said that the DA-CAR partnered with the farmer co-operators to do on-farm research and gather data on the new varieties. The information on new varieties cannot disclose since its for testing base yet.

She added that the varieties will be planted in a second trial later this year where the farmers will do further research on the characteristics of these varieties.