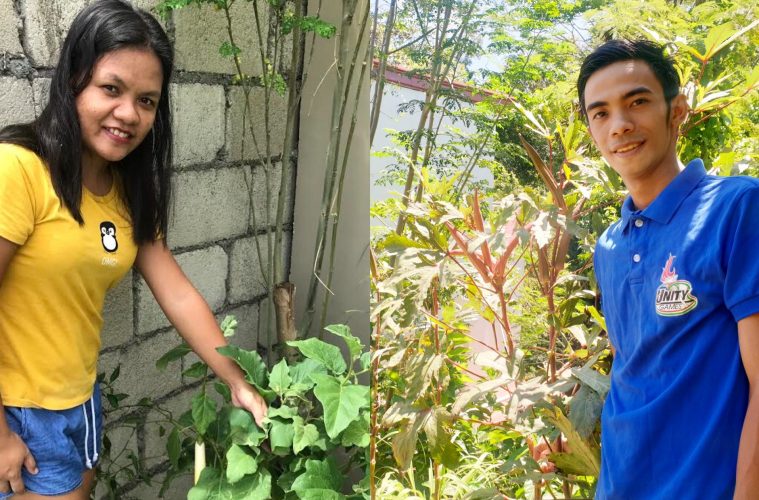 Nowadays, it is rare to see the younger generation take part in agriculture, but two millennials are passionate about growing vegetables, particularly the unique ones.

Out of curiosity, Rowena Bohol, an admin officer from Cebu, bought seeds and tried to grow red okra and white eggplant upon seeing them on an online selling platform for the first time.

Her interest in planting came from her parents, both farmers, who influenced and taught her how to plant at a young age.

Aside from the regular vegetables, Rowena is fascinated by unique crops so she planted some of them in her backyard garden.

As per Bohol, out of her 20 red okra seeds, only eight sprouted and grew while for white eggplant seeds, only two became successful. She didn’t harvest the first few vegetables until they ripened and redeveloped new fruit. After it produced vegetables again, that’s when she harvested and added them to their meals.

Red okra and white eggplant have no significant difference from the green okra and violet eggplant varieties, said Bohol. Their flavors and flesh are similar and the only distinct feature of both vegetables are their colors. Growing red okra from seeds to harvest only takes a month while white eggplant takes two months. This will also depend on the soil they are planted in; if the soil is good, they will grow faster, Bohol added.

For her plant medium, she mixes cow manure in her garden soil. She makes a natural pesticide made of liquid soap, baking soda, and oil mixed with water.

Pests like grasshoppers are the only challenge she faces in growing her vegetables. Grasshoppers tend to eat the leaves and flowers of the plant so growers must know how to control them.

White eggplant takes two months to be ready for harvest. Growing this is the same as growing the more common violet eggplant.

Since Bohol is currently out of work due to quarantine that was implemented to combat COVID-19, she has more time to tend to her garden. Her plants have become her source of income as she sells seedlings of her red okra, white eggplant, and other vegetables like moringa, sigarilyas, sitaw, mung bean, sibuyas dahon, and squash in their area. Posting on social media has allowed her to sell her seedlings to a wider market. 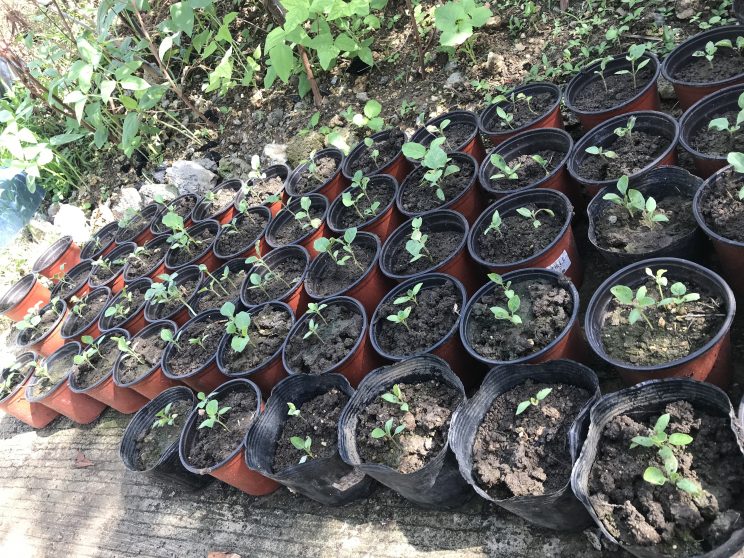 She sells a pot with two seedlings for 50 pesos each. This helps her earn an income despite having no work during the quarantine. 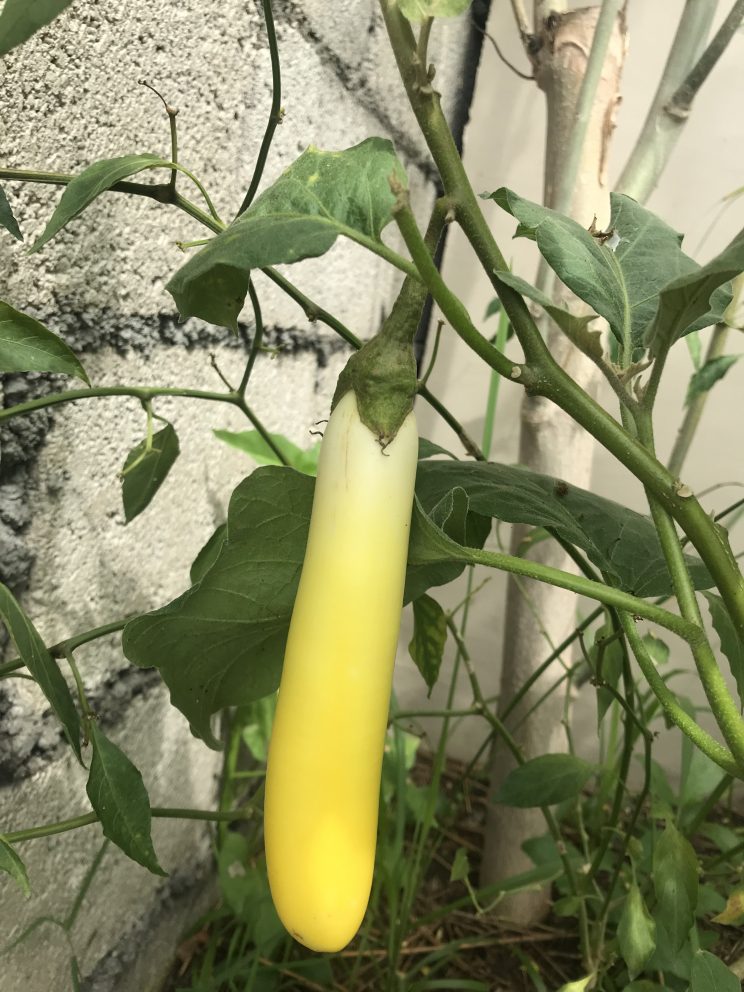 You would know a white eggplant is fully-grown and ready for harvest when its color turns to yellow.

According to her, people must plant even in pots, especially during these times. Parents must encourage their children to plant and limit their gadget usage. Aside from providing fresh produce, this will also help their families earn, Bohol added.

The power of color

Rheynel Bodestyne, 25, is another young gardener who is interested in rarely-seen vegetables. Influenced by his uncle who cultivates bonsai, planting has always been his hobby after he finished high school. Bodestyne started planting in a 10sqm space that encouraged him to try vertical and urban gardening. Now he grows different crops in their 600sqm backyard. 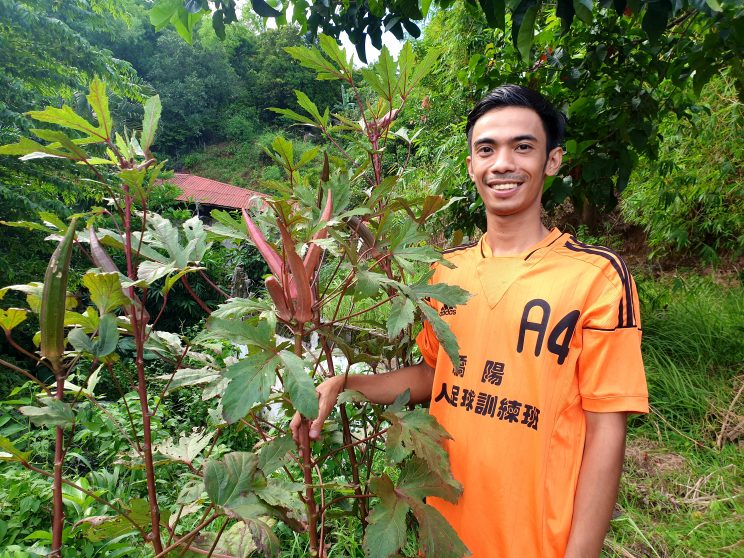 Two unfamiliar varieties of vegetables that he grows are purple yard long beans and red okra. Yard long bean, locally known as sitaw, is a climbing vegetable plant that can develop up to a yard or three feet high. This is a heat-loving crop that is planted in the country all year round. It grows long edible pods that come in green and purple colors.

Bodestyne grows both green and purple varieties in his garden, as well as red okra. With the vibrant, enticing colors of these vegetables, he enjoys gardening even more.

In planting red okra, he sows the seeds in a seedling tray and waits for it to grow at least four leaves before transplanting them into a plastic pot. Every morning, he places them under the sun for two to three hours. He also applies five to eight spots of urea fertilizer around the soil. When roots arise, he transfers them to the ground. There are times that its flowers bloom but stop and discontinue to bear fruit after its flowers fully open. What he does is he removes the branches that arise and applies potash to the plant. 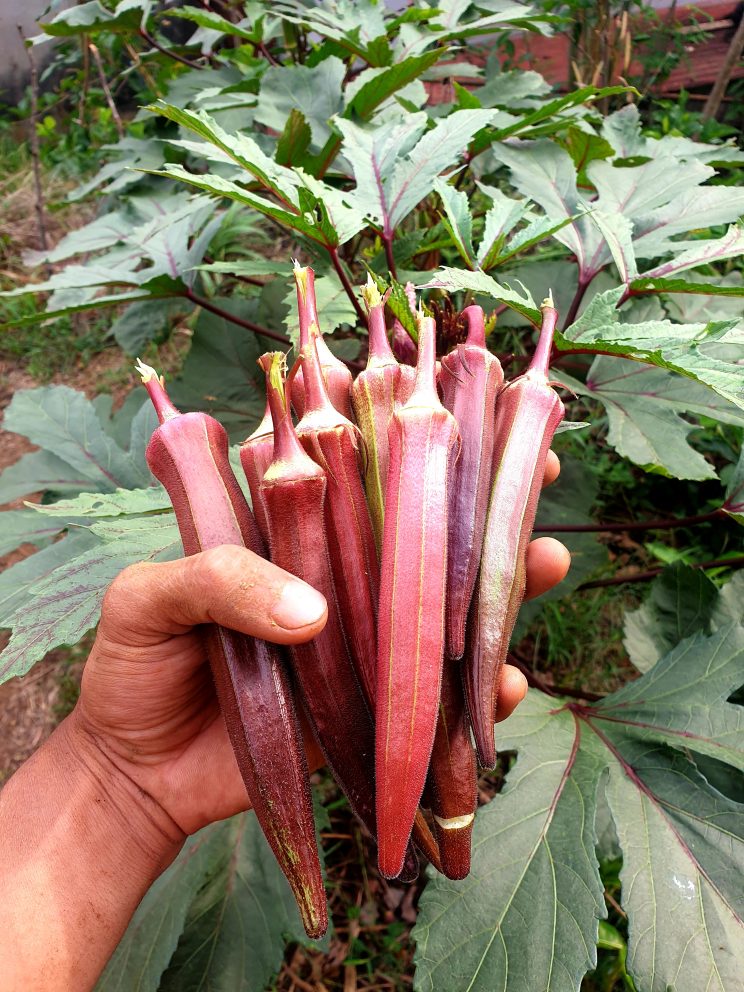 Fun fact: Red okras also turn green when cooked. Based on his observation, the red okras are a bit bigger than the green variety.

Aside from the exterior color, red okra is pretty much the same as the green one. Red okra also turns into green when cooked, said Bodestyne. However, in terms of size, he observed that the red variety grows bigger than the green okras.

In raising purple yard long beans, he soaks the seeds in water for 24 hours before sowing them in a plastic cup. When there are at least four sprouts, he then transfers them to the ground. He also puts bamboo around the soil to support the vegetable’s growth.

Unlike the red okra, purple yard long beans retain its color even when cooked. This also has a sweeter taste and has a pleasant aroma that makes it tastier than the usual green yard long beans, said Bodestyne. 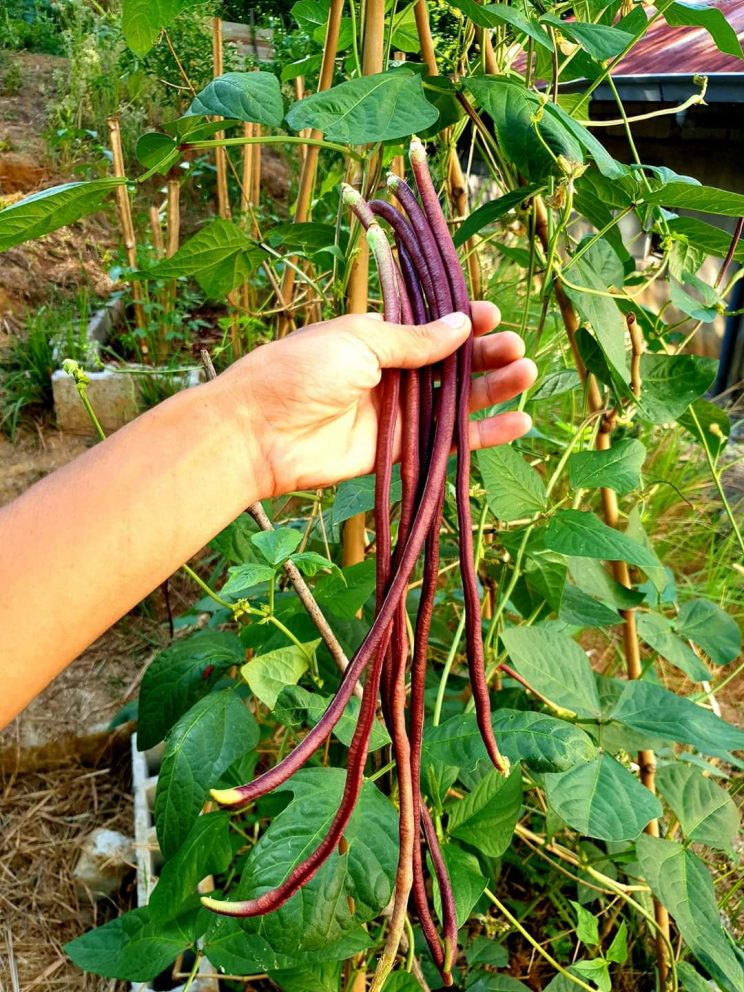 Harvested purple-colored sitaw is said to be tastier and sweeter than the green ones.

Aphids are the primary problem in growing this vegetable. To avoid this, he makes a natural pesticide using dishwashing soap, chili pepper, and baking soda and sprays it on the plant.

As of now, he is not selling his red okra seeds and uses his produce for personal consumption but he is planning to sell mature plants in a pot so future customers won’t have a hard time germinating the seeds, Bodestyne added.