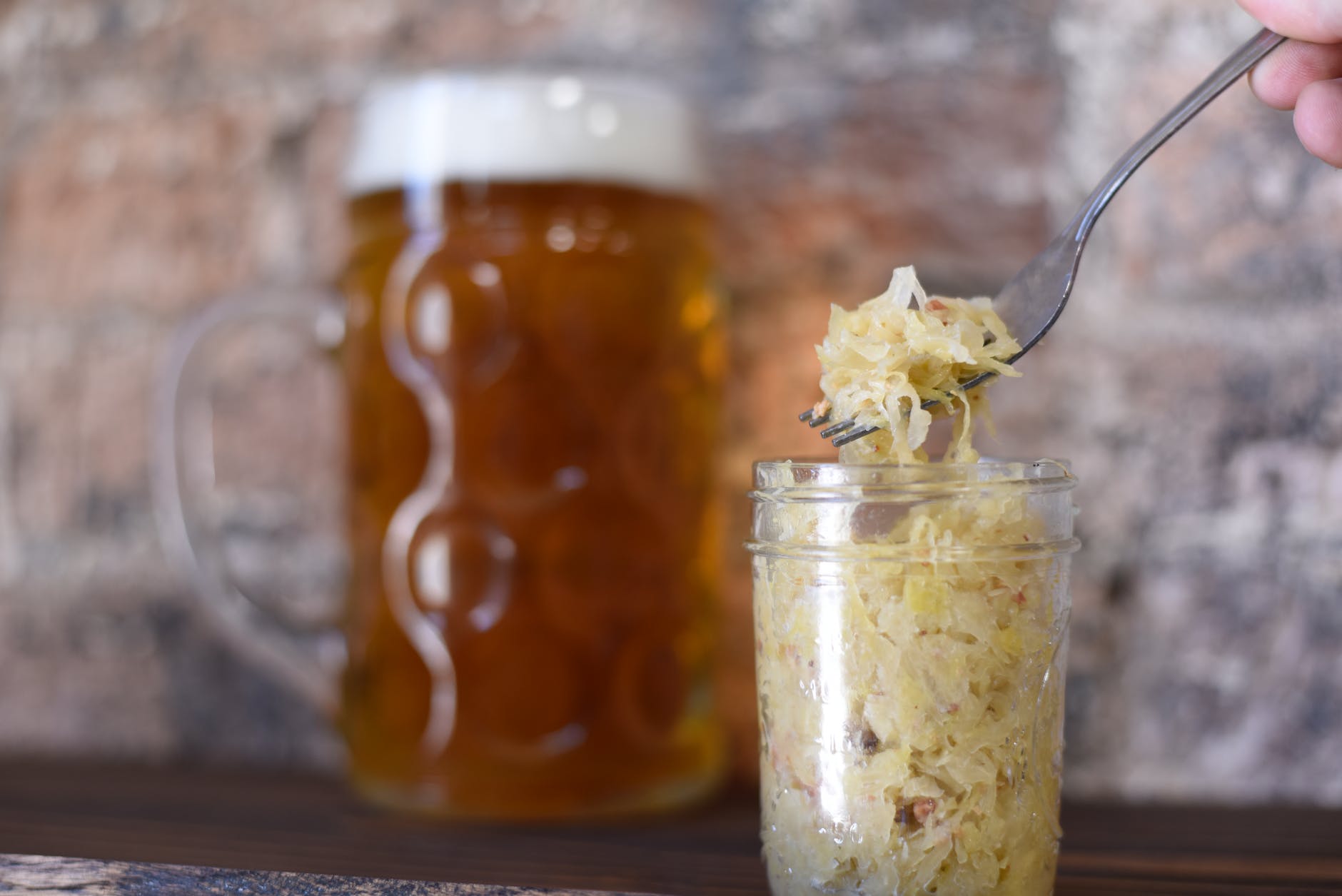 Fermentation is the process of converting carbohydrates into alcohol or organic acids with the use of microorganisms, such as yeast and bacteria, in unaerated conditions. This is used in creating wine, cheese, and more.

However, creating other products isn’t the only purpose of fermentation.

According to Mabi David, a local author and member of Good Food Community, a small social enterprise connecting small organic farmers with urban consumers through community-shared agriculture, fermentation not only produces vitamins and minerals that are good for the body, but it is also an effective way to save vegetables and minimize food waste.

“The technique is well known in different cultures worldwide for preserving the shelf life of food items. For example, a head of Baguio cabbage will only last for several days on the counter but can last several months when fermented as kimchi,” she said.

To help Filipino households learn how to properly ferment produce and reap its benefits, Good Food Community recently launched its FermentNation kit, which contains everything one needs to start their fermentation journey: from the organic vegetables and sea salt to the recipes and jars.

David is also the founder of Me and My Veg Mouth, a vegan kitchen that provides demos on how to prepare their plant-based food from local ingredients found in the market.

Using the items from the FermentNation kit, David shared a recipe on how to make sauerkraut, a fermented cabbage dish that has various health benefits such as improved digestion, lower levels of stress, and decreased risks of certain cancers.

“A great habit to start these days is to make a jar of fermented vegetables regularly from one’s weekly vegetable and to serve it as a side dish during meals with the family–like atchara, but with probiotics! Because fermented foods are considered functional foods and have strong acidic flavors, moderation is key to its consumption,” David said. 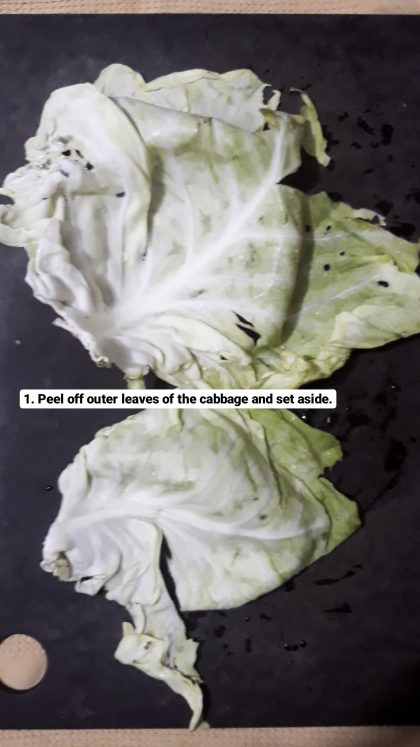 Peel off the outer leaves of the cabbage. This will be used later. 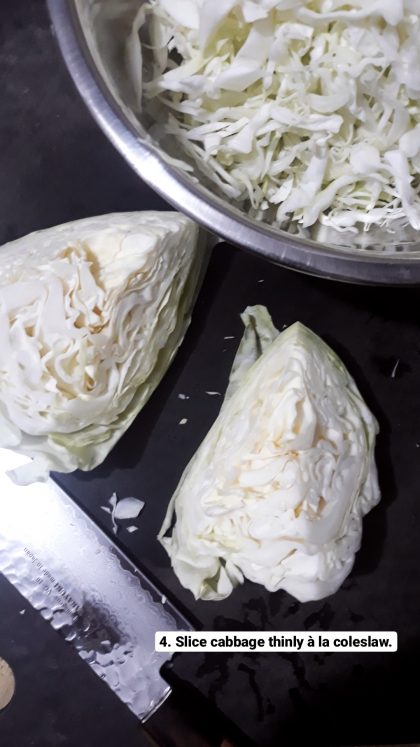 Cut the cabbage in half. 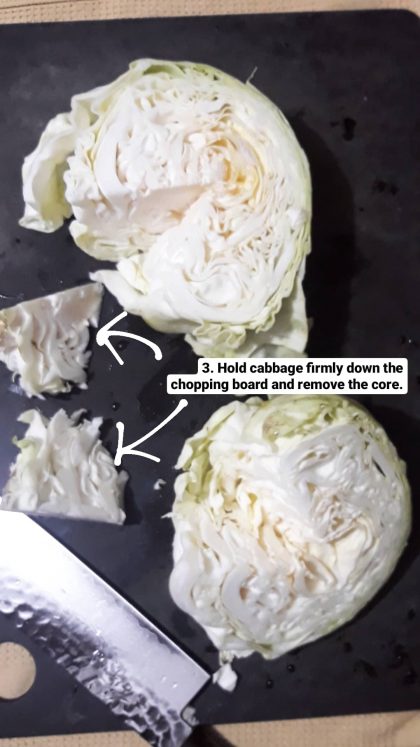 Remove the core of the cabbages. This will also be used later.

To begin, peel off the outer leaves of the cabbage then set aside. Then, using a sharp knife, carefully cut the cabbage in half. Remove the core from the two halves before cutting the cabbage thinly like how it is in a coleslaw. 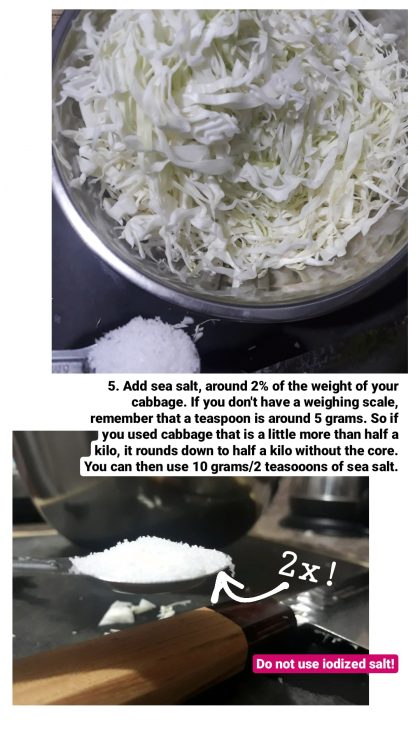 Add sea salt to the cabbage. 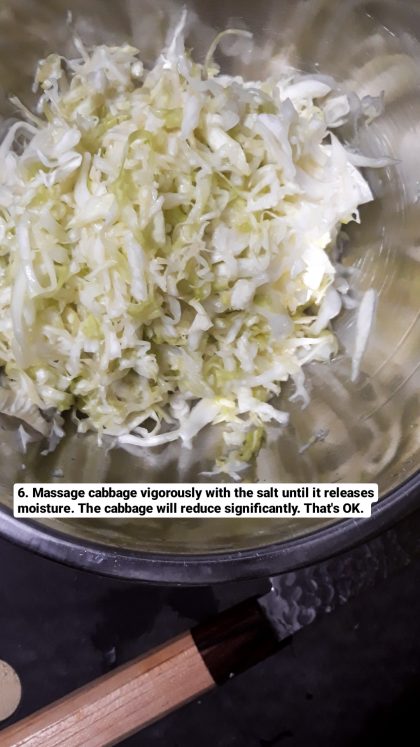 Massage the cabbage with the sea salt until moisture is released.

Set aside the massaged cabbage for 10 minutes. This is what it should like.

Next, add sea salt measuring around two percent of the weight of the cabbage. Meaning, if the cabbage weighs a little more than half a kilo, add 10 grams or two teaspoons of sea salt.

Massage the cabbage vigorously with the salt until it releases moisture. The cabbage size might reduce significantly. After massaging the cabbage, set aside for 10 minutes. 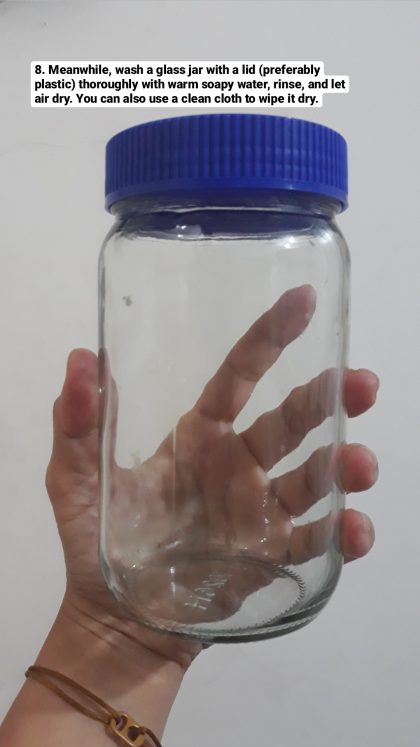 Wash a glass jar with a plastic lid. Dry it thoroughly. 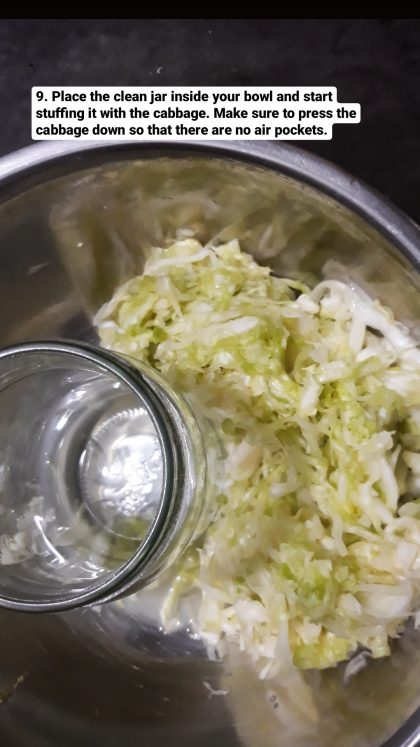 Place the cabbage inside the jar, pushing down to avoid air pockets. 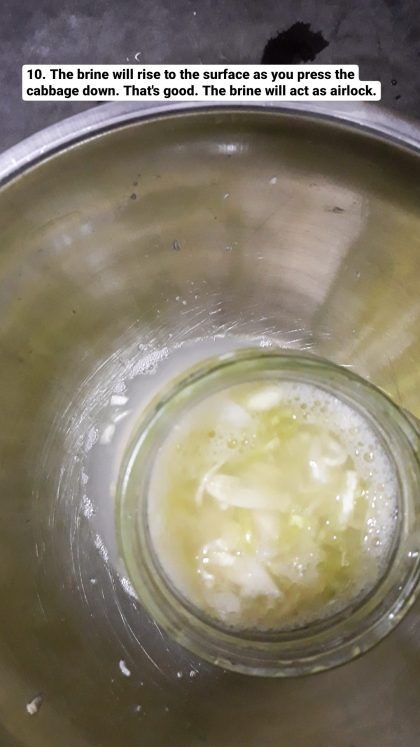 Brine will rise from the jar and it will serve as the airlock.

In the meantime, wash a glass jar with a [plastic] lid. Make sure it’s completely dry.

Transfer the treated cabbage into the glass jar, pressing down to avoid any air pockets. The brine will rise to the surface and serve as the airlock. 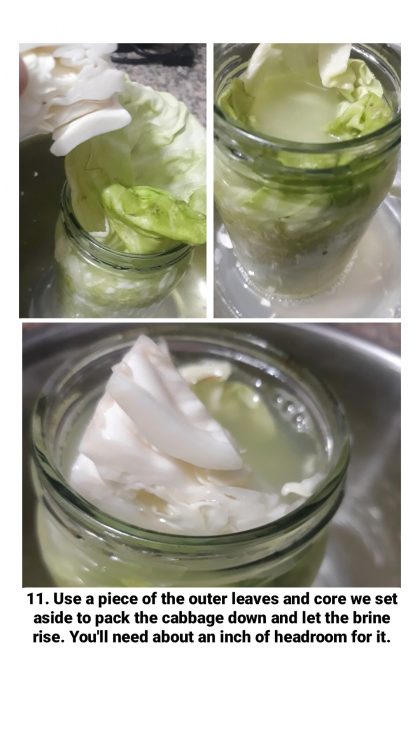 Use outer leaves and cabbage cores to pack the jar. 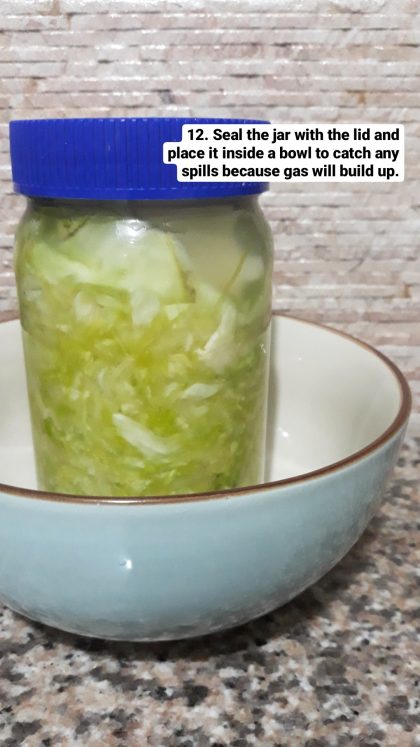 Seal the jar and place it in a bowl to catch any spills as the brine rises. Save the brine for future fermentations or when the top of the sauerkraut starts to feel dry.

Use a piece of the outer leaves and core that were set aside earlier to pack the cabbage down. It will need about an inch of headroom. Seal the jar with the lid and place it inside a bowl to catch any spills caused by gas build up

Save the leftover brine for future ferments or use it if the top of the sauerkraut is starting to feel dry during the fermentation period.

Make sure that the ferment gets to ‘burp’ daily by loosening the cap so air can escape, then tightening it again. Let the jar sit on a counter for five to seven days, or more. Start tasting at day two then refrigerate the jar once it reaches the desired sourness.

David said that sauerkraut can be used as an atchara, or pickled papaya, add in a salad, and more!

She also advised to go beyond cabbages and use the same technique and vegetable to salt ratio with carrots, sayote, singkamas, and more!

David started Me & My Veg Mouth to promote the use of indigenoys vegetables as ingredients in all kinds of recipes as well as to help local farmers.