In Siquijor, a military group started growing vegetables at the back of their camp last March, before the enhanced community quarantine (ECQ) in the country began to take effect to stop the spread of COVID-19. They planted vegetables and other crops such as squash, sitaw, okra, eggplant, saluyot, bitter gourd, patola, sweet potato, pechay, kangkong, alugbati, chili pepper, corn, watermelon, lemongrass, gabi, malunggay, and papaya. 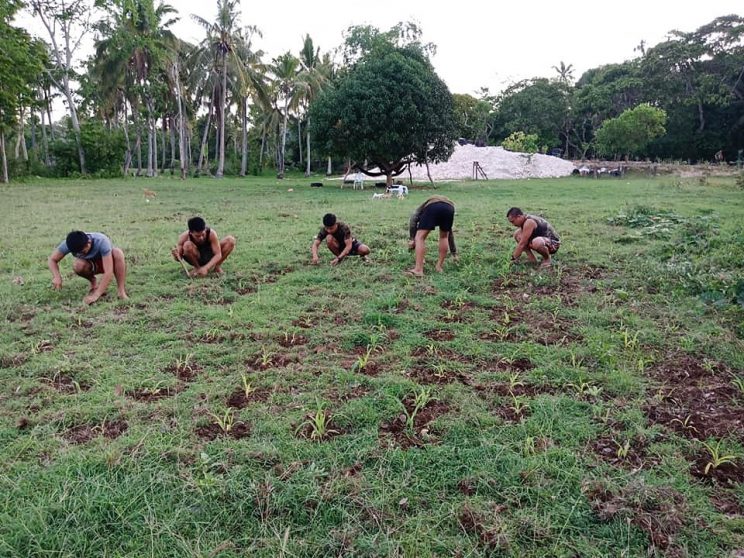 Troopers planting together in their garden located on their base.

Headed by Lt. Arnel Ybañez, the soldiers make sure to maintain and clean the garden, especially when they’re not on duty. The seeds they sowed were bought at the nearby agriculture supply store.

The backyard garden has been supplying the troop’s everyday meals. Last June 17, they decided to give away the extra vegetables from their garden to help residents who were affected by the crisis.

The garden does not just give the soldiers food supply but it also enables them to help the residents of Siquijor.

Their recent distribution, held last July 1, was intended to celebrate Nutrition Month and to support the green revolution, said Ybañez. They gave away a total of about 20 kilos of assorted vegetables during their two-day distribution. They are planning to give away vegetables again after their next harvest. 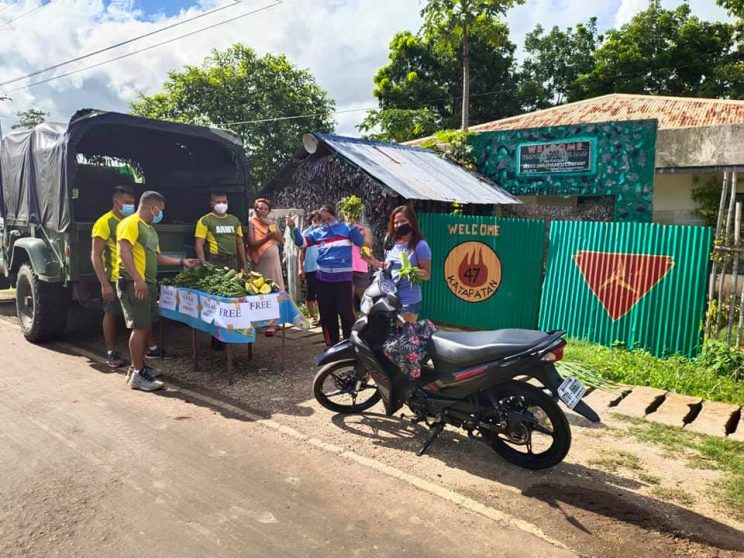 In celebration of the nutrition month, the team distributed roughly 20 kilos of freshly harvested vegetables from their garden.