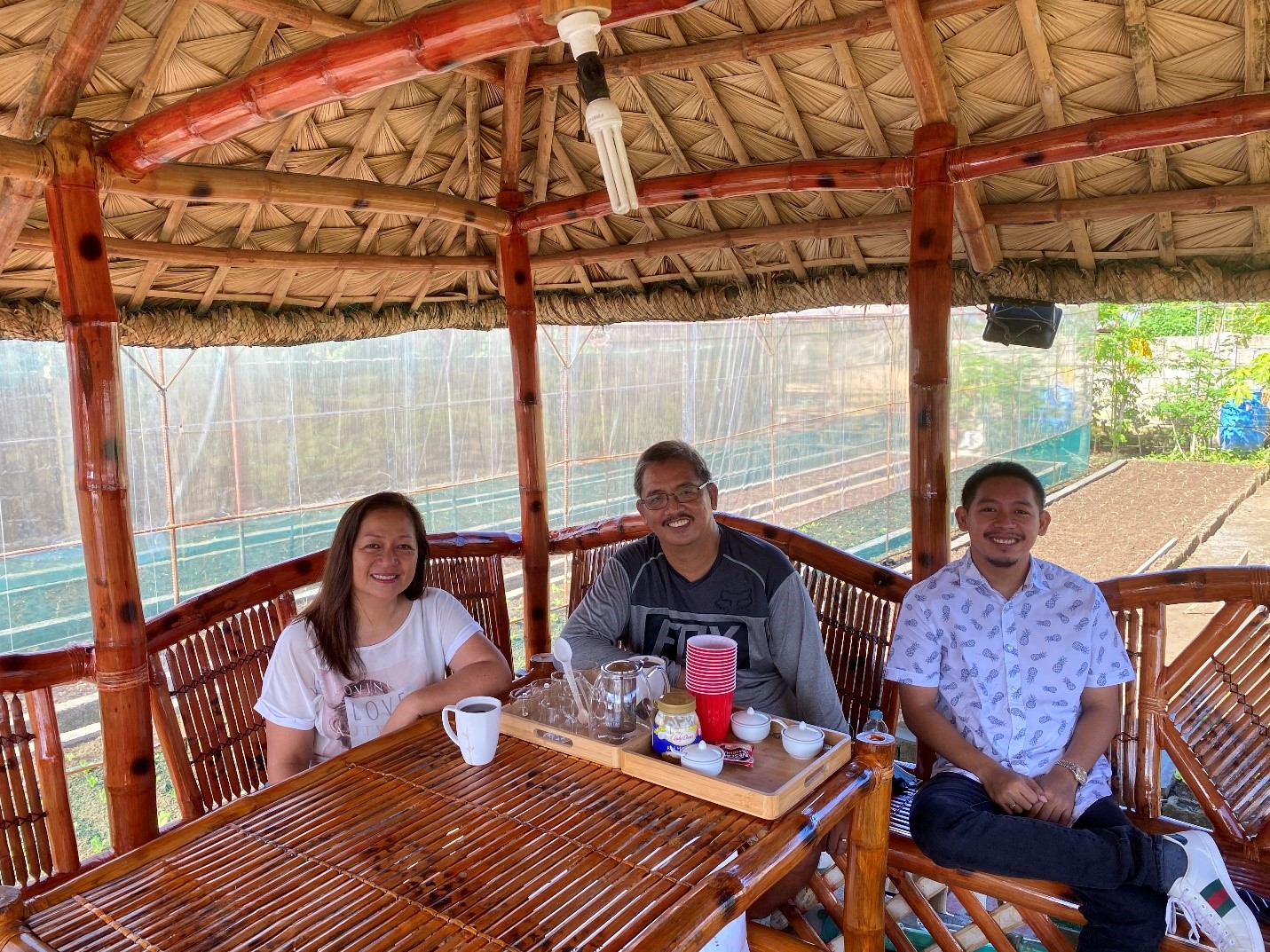 In Samar, an unused lot was transformed into a garden that helped a family earn income while providing for the town’s high demand for vegetables during the quarantine period, which was imposed to combat COVID-19.

From hobby to money

As a son of hobbyists and gardeners, Mel Steven Fortaleza was asked by his parents to transform their idle lot into a garden so they can use it as a place for relaxation. They started establishing the garden that measures about 800 square meters last November 2019 and was able to get their first harvest by January 2020. Fortaleza and his father, both graduates of civil engineering, planned the garden themselves and named it Forever Organic Garden. The garden’s name ‘Forever’ is a wordplay from the family’s surname, ‘Fortaleza’. 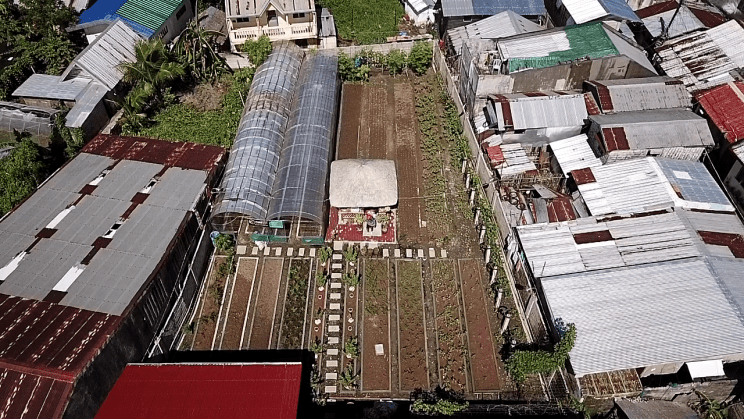 An aerial view of the garden, measuring 800-square meters wide, which was planned and designed by Fortaleza and his father.

They grow vegetables like cabbage, eggplant, siling labuyo, red pepper, okra, upo, ampalaya, malunggay, calamansi, lemon, alugbati, and different varieties of lettuce including iceberg, romaine, Parris island, and red leaf. They also plant fruits such as dragon fruit, guapple, grapes, and papaya. Presently, they have one gardener who takes care of the garden. Fortaleza’s parents also enjoy gardening as a form of exercise and hobby hence, they help in maintaining it.

A huge part of the garden is set aside for lettuce. When asked why, Fortaleza said, “When we first started the garden, the crops have the same proportions. During harvest time, we realized that the demand for lettuce is overwhelming since here in Samar, only a handful of gardens produce lettuce. With that, we opted to plant different varieties of lettuce in our garden. I could say that lettuce is our main crop.” 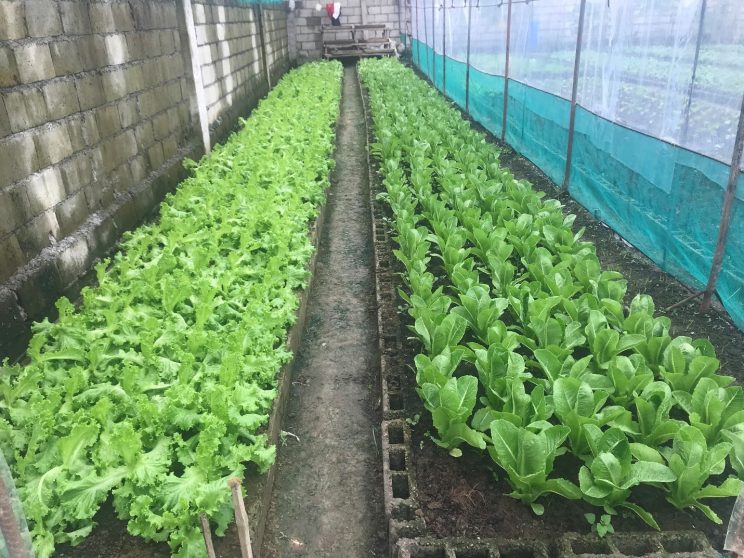 Varieties of lettuce in the garden include romaine lettuce (right ) and iceberg lettuce (left).

The produce from their garden was intended for their family’s consumption alone, but it turned out that the harvest was abundant, so they decided to sell the extra vegetables to their friends and neighbors. After getting a taste of their produce, many re-ordered from them. Due to high demand, the family widened their market not just to friends and neighbors but also to other residents in their city and its neighboring towns. This allowed the family to have an income despite the quarantine. Now, the produce they harvest is both for selling and personal consumption. 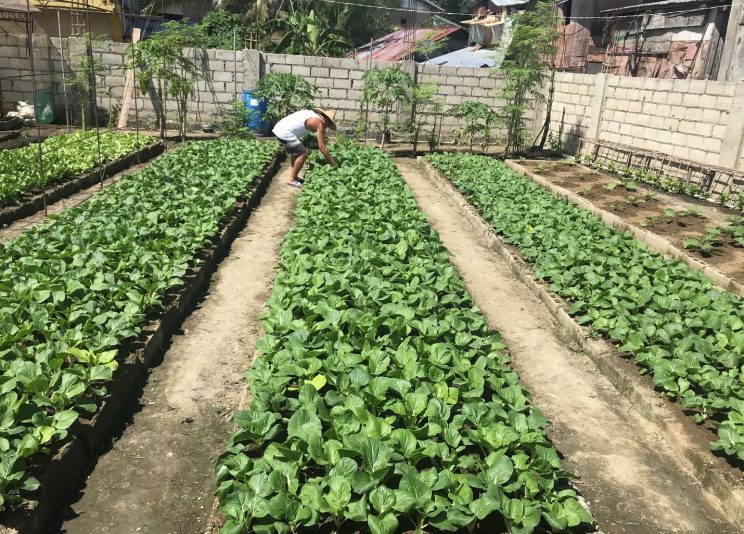 Aside from lettuce, cabbage is another primary crop that they sell to their clients.

“We started selling the produce during the lockdown. We were able to do so for the reason that we were able to get a permit from the city to allow [to] us to deliver the produce to the customers just within the city. While we were also able to send our produce to other towns by also having a travel permit,” said Fortaleza. So far, they were able to sell 150-160kg of lettuce and 80kg of cabbage during the quarantine period. They sell the lettuce for 20 pesos for four pieces depending on size while for cabbage, it’s 200 pesos for 1/2kg, 300 for 3/4kg, and 400 pesos per 1kg. Visitors in the garden are also allowed as long as they have a quarantine pass. Many of their buyers pay a visit to the garden during harvest time to pick vegetables themselves. 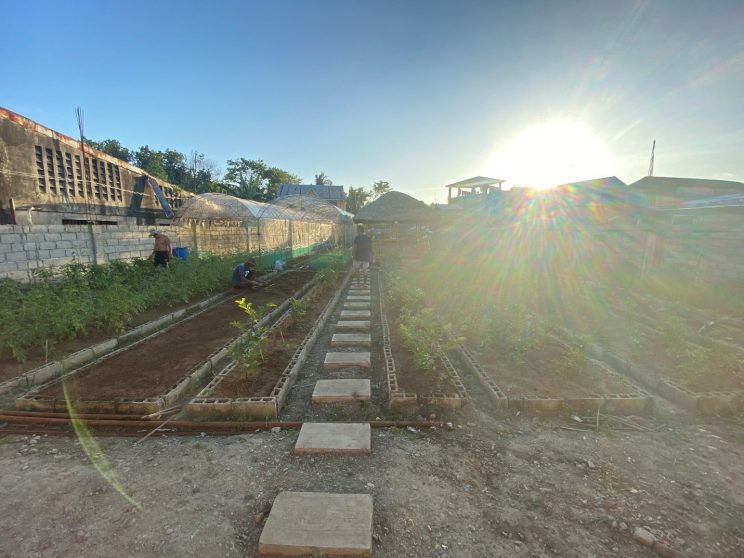 “The produce that the market sells and import[s] are very limited. Growing our own food will greatly benefit us since we will know that the produce will be much healthier and fresher than in the market,” said Fortaleza.

They promote their produce via social media and word of mouth. “As of now, we are planning to produce more vegetables by making another garden in a bigger lot in order to reach more customers,” he added.

Vegetables are watered in the morning and afternoon every day. They regularly remove undesirable weeds around the plant and tills the soil around it. Fortaleza said that they do not apply pesticides as they don’t experience having pests in the garden yet.

As for them, they buy seeds from a company based in Manila because they prefer local seeds. They observed that these seeds grow bigger, faster, and have lower mortality rates. They also make their own natural fertilizer from vermicast and carbonized rice hull, which they also produce. “While the seeds are in nursery, we prepare the plots by tilling the soil and adding carbonized rice hull[s] and vermicast before planting the vegetables,” he added. 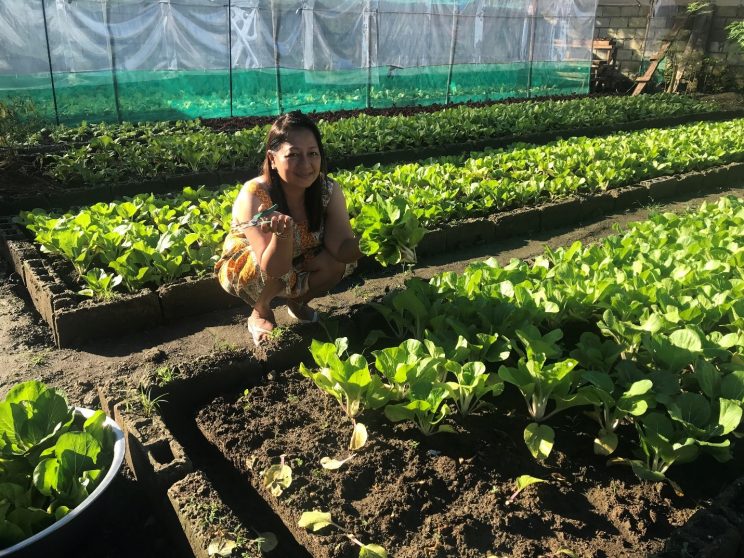 Ericka Camata, known as ‘Ms. Everything’, an internet sensation, featured the garden on her recent vlog while harvesting vegetables. She also got to taste the produce that was freshly picked from the garden through the meals prepared for her, which included lettuce shake and veggie salad.