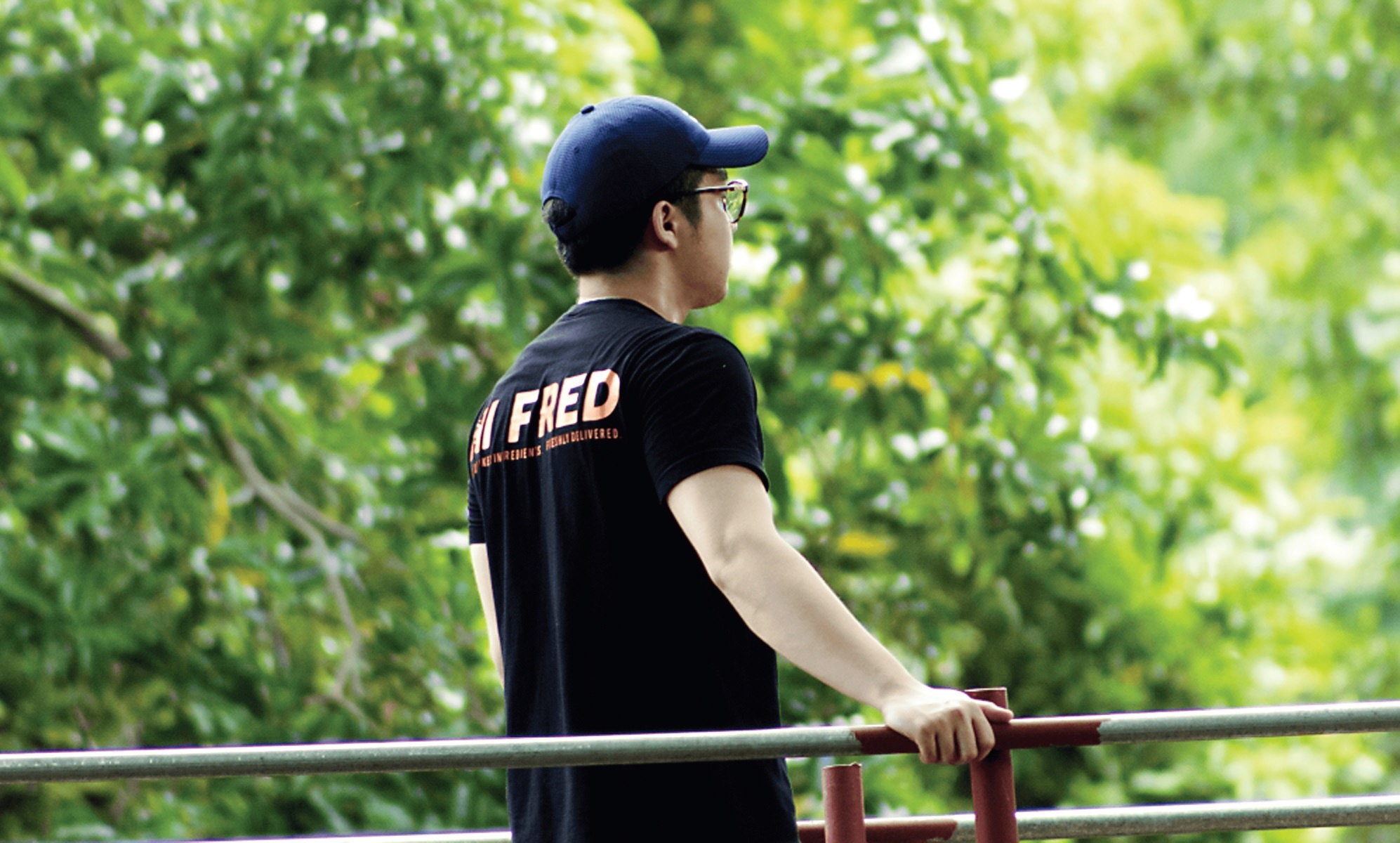 Hi Fred PH was started by a group of fresh college graduates with R100,000 and a vision to make money, help partner farmers earn a profit, and in the long run, educate kids to encourage them to pursue jobs in agriculture.

Young people have always been at the forefront of entrepreneurship and innovation, and in the agriculture industry, it’s no different.

The partners met in Enderun Colleges, where Zabarte, Yunam, and Serrano were taking up Entrepreneurship. “It started out as a thesis and then when we found out that it’s actually (viable), we decided to make it an actual business after we graduated,” Zabarte says, adding that they each put in P25,000, for a total starting capital of P100,000. “Really cheap, a lot of people are actually surprised by that.”

All admit that they didn’t know much about the agriculture industry before putting up the company, but the more they learned about the challenges local farmers faced, the more determined they were to make sure Hi Fred succeeded. “We (talked to some farmers) did a lot of research about agriculture in the Philippines and that’s how we realized how bad it was,” Yunam says. “Because of that, we realized that maybe we can do something.”

From thesis to business

The trio started by selling produce to friends and close family members. The company was formalized in December 2018. Their process is simple: they wait for orders from their website, and when they get the vegetables from their partner farmers, these are repacked and delivered to clients. Most are pesticide-free, and many are grown using the organic method, but are not certified. “We deliver three times a week: Tuesdays, Thursdays, and Saturdays,” Zabarte says. “We’re actually aiming for a next-day delivery because we want the produce to be fresh from the farm,” Serrano adds. “They pick it up at night time from the farm and then they deliver it the next morning,” Yunam ends.

Though they aren’t yet able to pay partner farmers as high as they’d hoped (though they do work with partner companies to try to pay higher than prevailing market prices), they try to make up for it buy buying as much as they can. 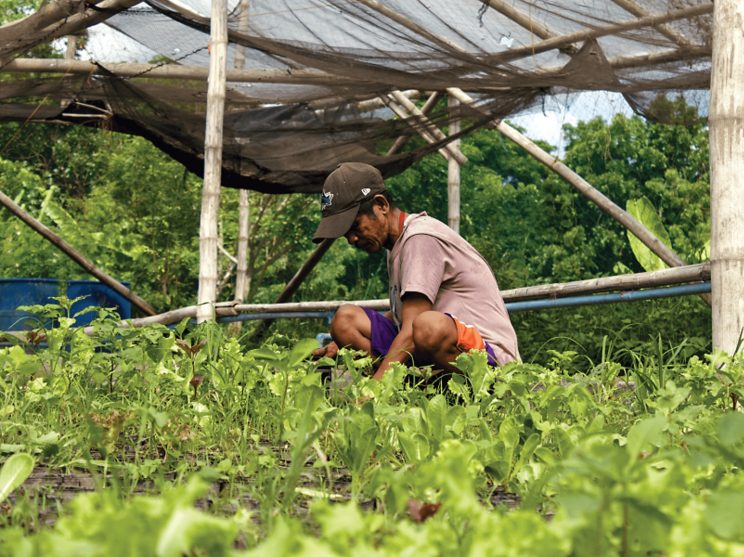 Being a startup with limited funds, they cannot buy produce from farmers as high as they would like just yet. However, they and their corporate partners try to make up for this by buying everything as much as possible so wastage is one less thing to worry about.

“Most of the farmers we know are dealing with, they can’t even sell their own produce. They can bring it to the market but at the end of the day, they’re probably gonna sell just 10% and the others would go to waste. It’s not just about buying it at a higher rate, it’s about actually being able to sell it. That way, we get to earn a profit and they get to earn profit as well,” Zabarte says.

He tells of a partner farmer from Nueva Ecija he spoke to who grew ampalaya and tomatoes and complained about unsold produce going to waste. “Now working with us and our partners as well, he gets to sell everything and he doesn’t even have to the market himself because the truck goes to his farm and he just puts it in the truck along with the help of other workers. It made life far more convenient for him and it’s just one less thing he has to worry (about),” Zabarte relates. “That’s just the beginning and from there on and now, we’ve done so many expansions.”

One of the benefits of ordering from the website, for example, is the ability to order in small batches. “A lot of our competitors, for example, they offer (delivery) once a week and you have to order as much as 1kg minimum and that isn’t as convenient for other people. We offer like for example, 200g. That way you can prevent waste,” Zabarte says.

Eco-friendliness and waste preventage is an important aspect of Hi Fred’s business model. According to their website, 90% of their products use reusable and plastic free packaging, and unsold perishable items are donated. “I think one of the reasons why people like buying from us, other than the advocacy, is that we’re eco-friendly. We don’t like using plastic. So, for them, even if our customers ask us if they can have it with no packaging at all or like use eco-bags so that they can reuse it as well. For them, that’s one of the most important factors,” Serrano says.

Since a big part of their business relies on technology, it was clear from the start that a seamless user experience was essential. But being a startup, the founders had to work within their means, scaling up the website’s look and interface as soon as their budget allowed. Part of this is developing an app, to be launched soon, which will make it even easier to order from them.

The founders being part of Generation Z, it’s a given that they rely a lot on social media for marketing and announcements as well. This has been essential in spreading what Hi Fred stands for, which is more than just an online grocery, but also a direct way to support farmers and their livelihood. “Our Instagram (and) Facebook (accounts are) very relatable (and) funny,” Zabarte says. “That’s how we caught people’s attention, by our posts.”

The company prides itself on delivering only the freshest high quality produce. Everything goes through three layers of quality control, the last one being at the Hi Fred warehouse. Up to now, most of the operations are handled by the founders themselves.

Serrano, for example, wakes up at 4am so she can be at the warehouse by 5am. She picks up the produce and brings it to the office where everyone helps pack according to orders, which are delivered via third party. The produce comes from different provinces: Nueva Ecija, Batangas, Benguet, Baguio, and Davao. Hi Fred also sometimes sells imported produce, as well as pre-cooked Pinoy meals that don’t contain preservatives or artificial flavors. “Right now, our branding isn’t really just selling food but selling responsibly-sourced food,” Zabarte explains.

All of their hard work has paid off. “Originally, that was one of our fears, ‘would we actually make money?’ In the beginning, a lot of people were skeptical for us like our teachers, parents,” Zabarte says. “But as we were practicing for those first three months, we realized that you can actually make a lot of money… We got really excited when we heard that there are actually new start-ups with agri-finance. Those are the types of people we want to collaborate with, those with the same purpose.”

“As for growth, since we started December, we grew about 30%,” Serrano adds. “We were shocked… for the first few months it was kinda slow but for the past three months, it’s been doing really well.”

According to Zabarte, it was the founders’ belief in the company’s mission and vision that led to Hi Fred’s growth. “Even our parents won’t believe in it in the beginning. Every morning, we wake up at 5AM just to go to the warehouse and every morning when I wake up, my mom would say, ‘are you sure you want to do this in life?’ We kept doing it because we know that if we… keep our faith… more and more people (will start) to believe in it.” He shares that people who were willing to loan them money before now want to invest in the company. “There’s a lot of growth and all really because of the vision.”

He adds, “We’ve never lost money, yet and the profit has been increasing every month.”

A future for farmers

Hi Fred’s purpose isn’t solely to make money for themselves and their partners. “We’ve also done things like charity programs, where we went to public schools near a farm,” Zabarte says. “All of the students there were the children of the farmers and they couldn’t even afford their own school supplies. We brought food, school supplies, and (had) a great day. That way we don’t just help the farmers but their families as well. It taught us about the sustainability of the environment and also the sustainability of their lifestyle.” 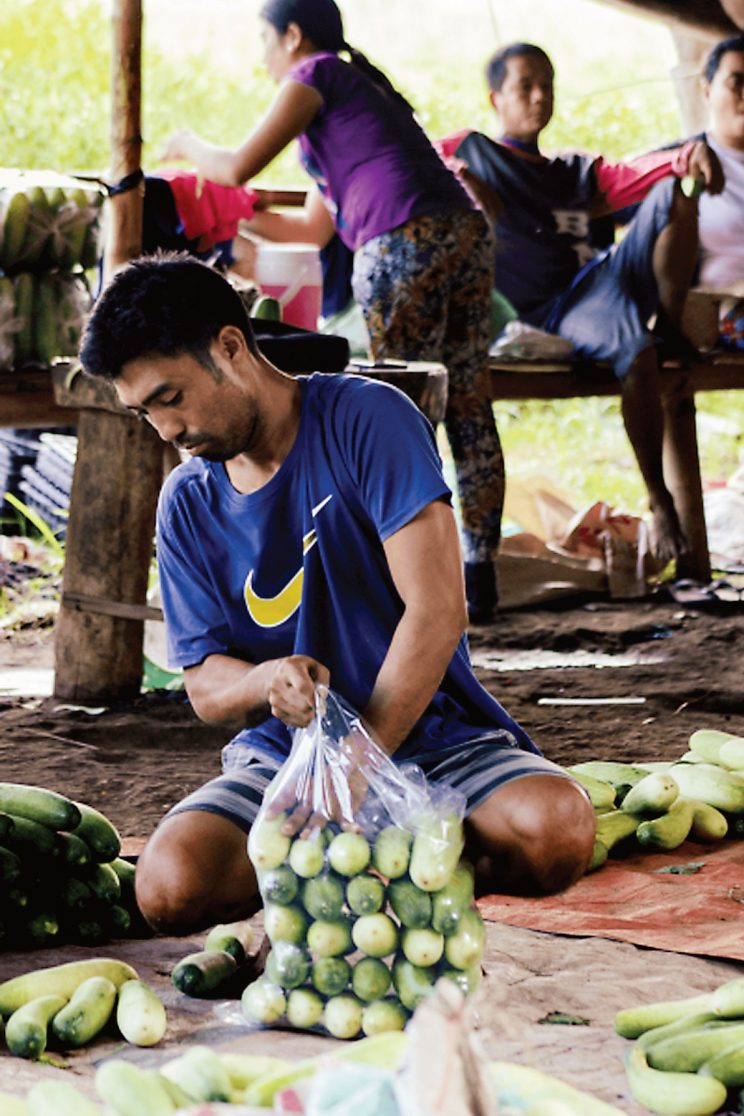 The company takes orders through their website and picks up, packs, and delivers the produce almost straight from the farm three times a week to customers in Metro Manila

Their long-term plan is to be able to encourage young people to enter agriculture and to keep the children of farmers from leaving the farm. “We noticed that a lot of the… kids of the farmers, don’t want to take over the farm… because they’re not earning money… So a lot of young farmers are shifting away from that. They want to have stable jobs. What we wanted to do in the future is that we want to make it more enticing to the young farmers. We want to provide education to them on how to become better farmers or… give them more education about agriculture,” Yunam says. “(Business education) would be really important to have… That’s our main goal, to provide education for the young farmers… because all they know is about farming, they don’t know about business in farming so that in the long run, they can sustain themselves.”

Hi Fred’s founders themselves have learned a lot on their unexpected agricultural journey, and it has only served to fuel their passion.

“We used to believe, especially in business school, that money is the end goal. But then my teacher, once said, ‘breathing is essential to life but it’s not the reason we live,’ just as much money is essential to business but that’s not the reason you make money,” Zabarte says. “Ever since we got into this business, we realized how important money is but how it is not the priority of our business. The priority is actually making an impact and changing lives. I guess it just really changed our perspective.”

“I don’t really have a background where food comes from or agriculture and anything. So, I feel like, with this business, it become so very humbling,” Yunam says. “It’s like when you eat or look at food, now you know where it comes from, you know the struggle that people went through just to basically feed the whole country. For me, it was really humbling to see all of that and see the process of growth as well.”

“I can say that I’ve been learning about the value of time like how important it is that we’re young and we can do,” Serrano says. “I guess that’s what keeps us different from other people. You know how some people work 9-5 jobs but they hate it so much. They dread going to work, they dread waking up at 7 in the morning but for us we work like basically from 5AM until whatever time we finish but we don’t find it tiring, we actually enjoy what we do. We’re really passionate about what we do. I guess that’s what keeps us going.”