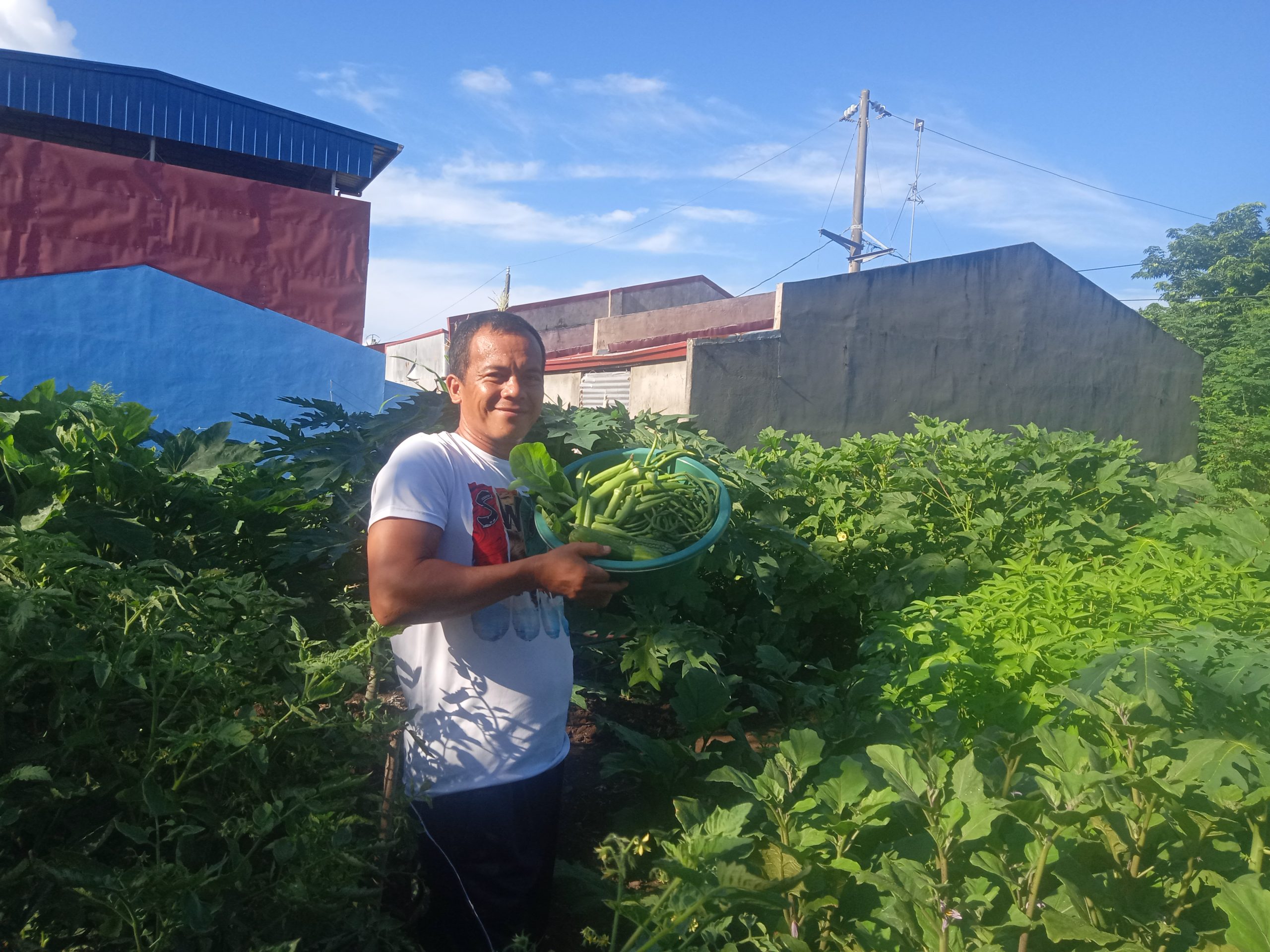 So far, Marcelo Alivia was able to harvest the fast-growing vegetables such as cabbage, cucumber, eggplant, okra, and more.

As community quarantine (CQ) continues to take effect to combat COVID-19, many people are still adjusting to the changes in their new daily routine. For this teacher of Lucena City National High School named Marcelo Alivia residing in Quezon province, losing his side jobs as a part-time coach, swimming instructor, and basketball referee is something he had to face.

Since classes haven’t started yet, he decided to plant in a vacant lot next to their house as a way to relieve his boredom. He was able to get free seeds and seedlings from the regional office of the Department of Agriculture (DA) and the Agricultural Training Institute (ATI) through his colleague. A government program called “Tayo ang Kalikasan” that provides seminars and garden competitions also urged him more to start gardening.

Since his elementary days, planting has always been his hobby. He gained knowledge and experience from his parents, who contributed a major influence to his love and interest in food production. Alivia enhanced this knowledge through modern devices. He gets ideas, tips, and techniques via an online video streaming website that serves as a guide to improve his plants. 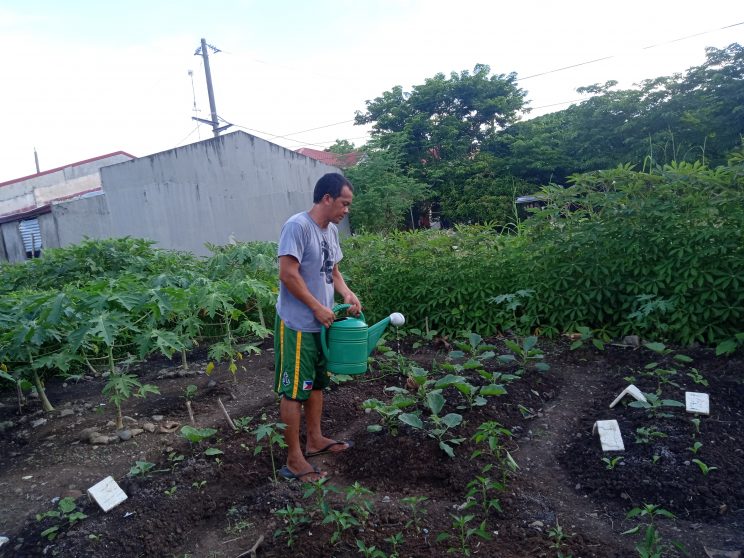 Upon losing his sidelines during summer, this public teacher found an alternative way to be productive – building a garden. 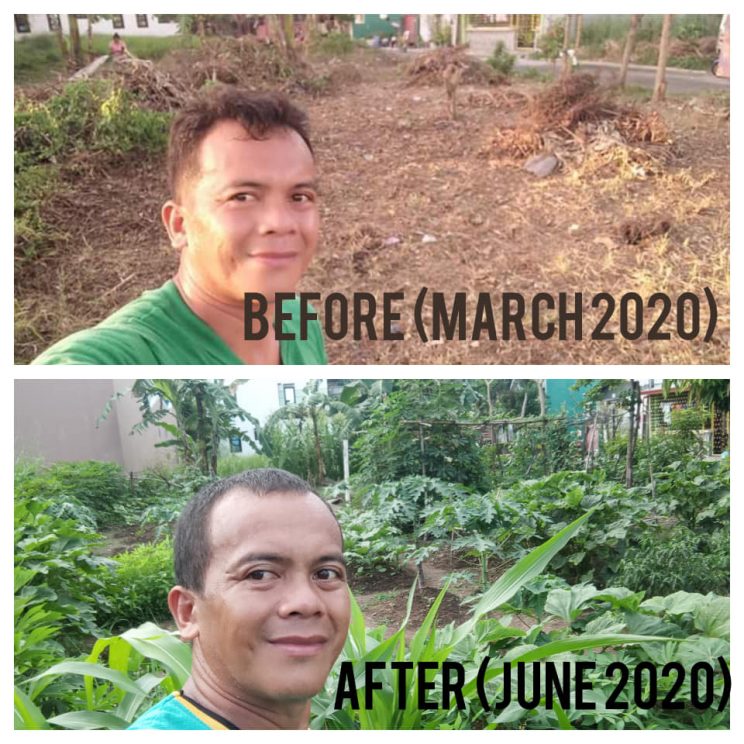 A photo of before and after the construction of the garden, both taken during the quarantine period.

The produce was initially for the family’s consumption alone, but their neighbors and co-teachers opt to pay for the vegetables that they provide. “It is a big help for me and my wife as this saves us from food costs and at the same time, it gives us fresh vegetables and an extra income,” said Alivia. Every day, they sell vegetables worth 200 pesos, which will increase when he gets to harvest more crops like eggplants. He sells okra, camote tops, alugbati, saluyot, and kangkong per dozen for only 10 pesos, while it’s 50 pesos for a kilo of corn, five pesos for three pieces for green chili, 10 pesos for eight pieces of sitaw, and five pesos each for pipino.

Before establishing his own garden, Alivia said that he usually wakes up at five in the morning just to have his morning exercise, but now, he also goes to his garden to clean the unnecessary weeds and to water his crops at six to seven o’clock in the morning. During Saturday afternoons, he also applies fertilizer and pesticide to his plants. As per him, he still has a lot to learn about making a natural fertilizer. His current process involves mixing animal manure, biodegradable material, and rice hull. 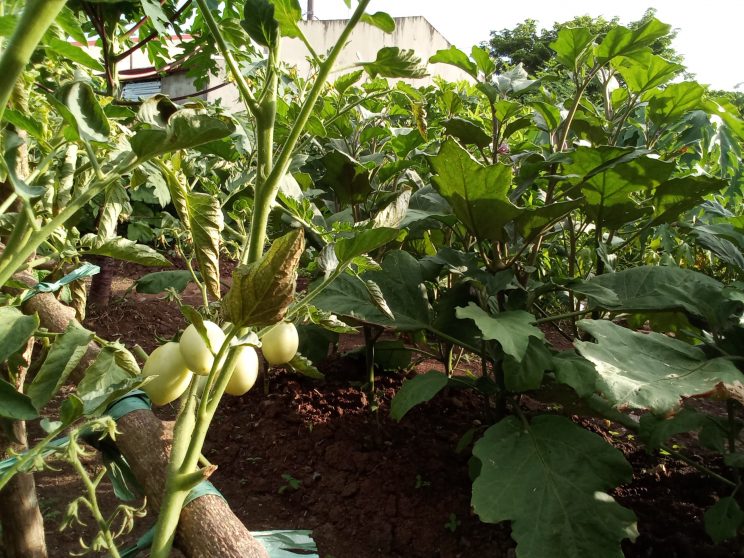 The crops harvested aren’t just for the family’s consumption, even their neighbors get to taste the garden’s produce.

In gardening, challenges are like an examination where one will know and learn from their mistakes. In Alivia’s case, when he was starting to build the garden, cleaning the lot and trimming the tall grasses alone is quite a challenge, especially doing it in the middle of summer. Considering the vacant lot is not his property, it was also a risk for him to take since he was not able to get permission from the owner. It turned out that the lot owner, upon seeing the lot with thriving plants, was glad that the land was being put to productive use. Despite having experience in gardening, the teacher still found it hard in the beginning. There were unsuccessful plants caused by failed development as well as by the attacks from neighbors’ animals, which he resolved by talking with the pet owners. These challenges push him more to read, attend webinars, and watch videos for his personal growth. 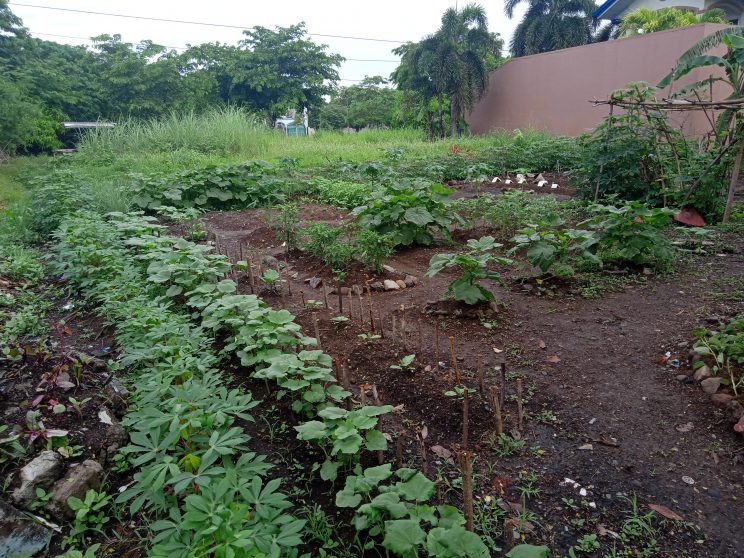 The lot where he planted crops is not his property, but it was a relief when the landowner was glad upon seeing his accomplishment.

“It is very important to grow food nowadays, particularly amid a pandemic,” said Alivia. This doesn’t just help you exercise, but it will also help lessen stress despite being restrained from the corners of the home amid the quarantine, he added. When he wants to unwind, he roams around his garden. As per him, this can also engage and give the youth an idea that could serve as an alternative activity instead of using mobile devices

Gardening tips from the mentor: 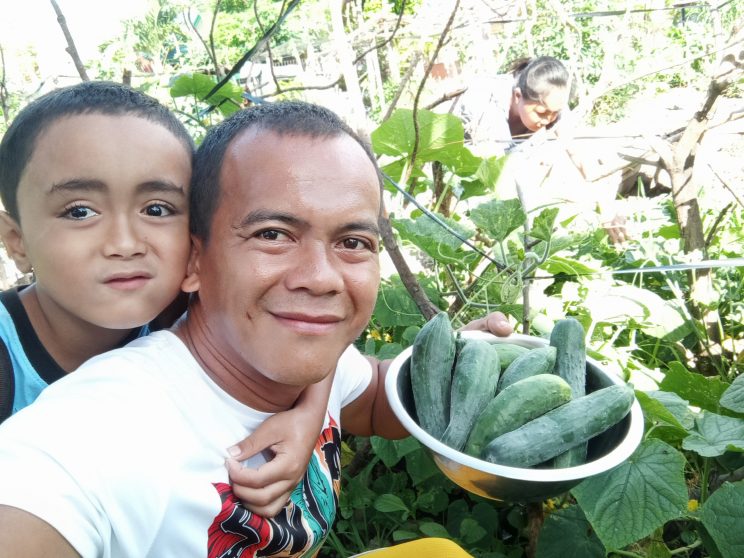 Alivia with his family while showing his harvested cucumbers in their garden.

Through his initiative to learn more about gardening, it also enables him to influence his son while young. Totoy, their son, joins him in planting and in watching short stories related to planting on YouTube. This way, he gets to give advice and examples while strengthening their bond through gardening. He said, his son calls it ‘magic’ upon seeing the fruits of his labor.

Two durians dressed as ghosts to scare off thieves