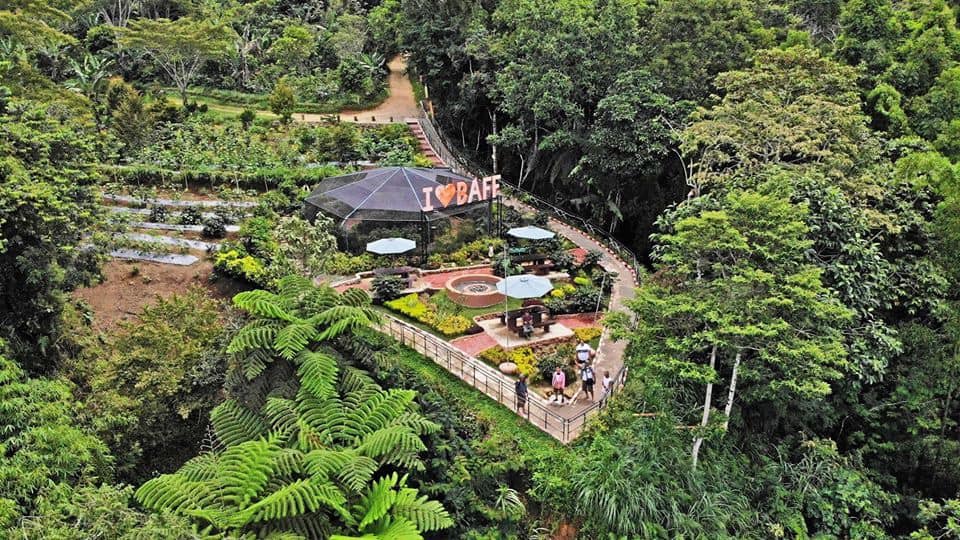 An aerial shot of BAFF by Tugpo Aerials.

Trees play a big role in protecting the environment. They provide shade, filter air, prevent soil erosion, and even provide food, shelter, and more to humans. However, the rapid urbanization of cities sometimes neglect to include the presence of trees in their plans.

Luckily, there are still folks that advocate the presence of trees in a community to maintain an ecological balance while preserving nature.

Binahon Agroforestry Farm (BAFF), a family owned and managed farm in Lantapan, Bukidnon, knows the importance of trees in an ecosystem, which is why they grow various tree species to show people how advantageous a green canopy can be. 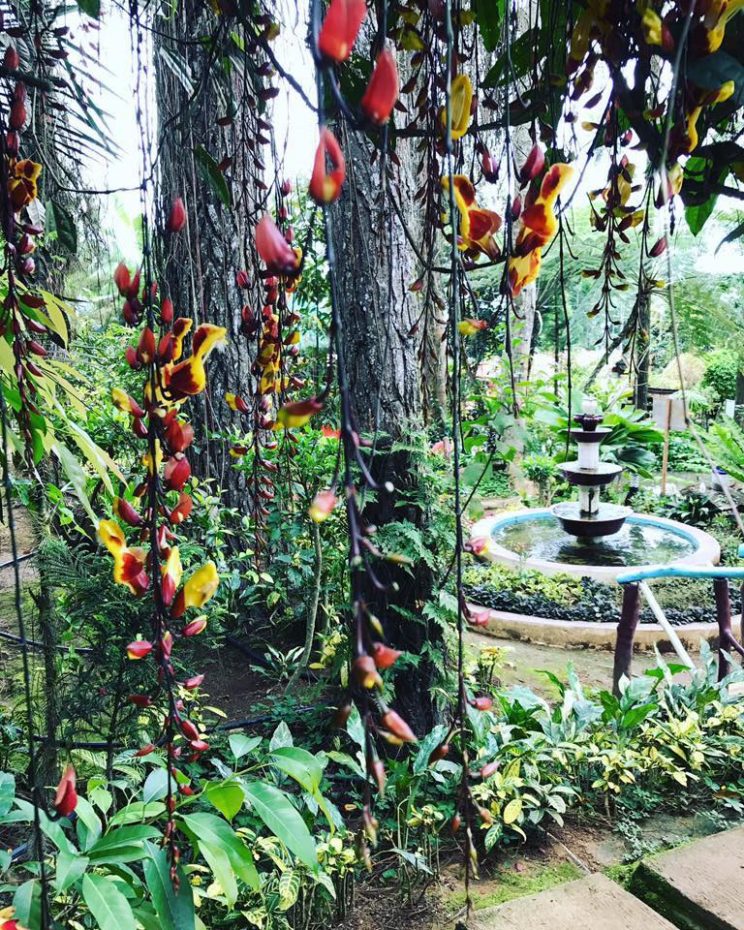 An assortment of trees are planted in BAFF.

The farm is managed by Henry and his wife/co-founder, Perla Binahon, who both play a role in keeping the BAFF in business.

“I do the general framework plan, she does the detail. I do the agri-extension, she does the financial management. We both complement each other in terms of technical and manual work on the farm,” he said.

BAFF is a result of the couple’s mutual interest in agroforestry.

Henry and Perla met in 1986 when the latter was an employee of the Department of Environment and Natural Resources (DENR) and Henry was in charge of the development of a satellite nursery in Sitio Bol-ogan in Lantapan, Bukidnon.

Afterwards, they fell in love, married, and had two children. By 1992, the couple had bought a 2.75-hectare parcel of land in Sitio Bol-ogan. The couple then began immersing themselves in the different farming practices used by local farmers. They also started attending agroforestry seminars.

Using their knowledge and experience, the couple slowly developed the land they bought. They also began expanding their property by purchasing nearby land until they accumulated around eight hectares in total.

“We first began by planting trees, corn, vegetables, and other crops to maximize our space. This is a cost-efficient strategy,” Henry said.

In addition, this would generate income for both the farm as well as the farmers hired to care for the plants growing there.

Some years after, the expanded farm also began adding a resource center and training facilities which can accommodate 50 participants.

BAFF is considered a model upland farm that practices sustainable ecological practices. This is due to what Henry learned in his former job in DENR, as well as the couple’s general respect for nature.

Some of the practices and techniques that they follow on the farm include vermiculture and vermicomposting, the use of biopesticides, integrated pest management, and intercropping. 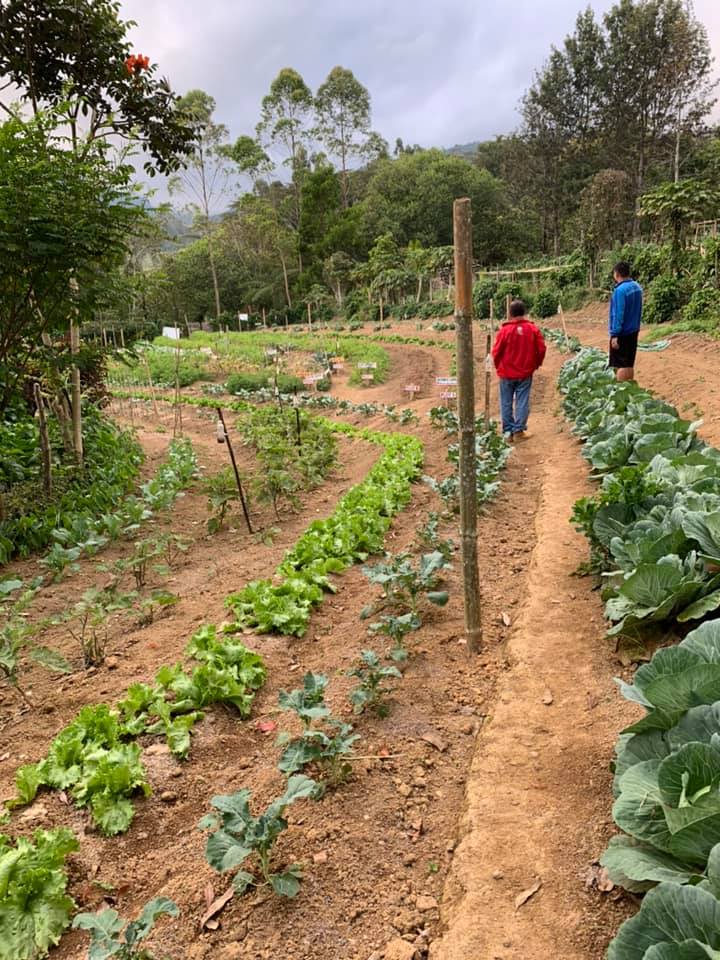 One particular approach that the couple uses in BAFF is contour farming or the process of planting crops across or perpendicularly following the slopes of a field. This type of arrangement breaks up the flow of water, thus making it harder for soil erosion to occur.

As an agroforestry farm, BAFF is planted with a number of trees for all purposes such as timber and fruit.

Aside from timber trees, fruit trees are also grown in the farm’s vicinity.

Species of timber trees such as eucalyptus of different varieties, mahogany, black wattle, lauan, molave, sagimsim, pine tree, ilang-ilang, cinnamon, and more can be found around the farm. Bamboo trees are also a common sight in BAFF.

In the meantime, Henry shared that they also have fruit trees such as durian, lanzones, rambutan, pomelo, guava, jackfruit, calamansi, cacao, and coffee.

However, there are more than just trees present in the agroforestry farm. There are also bees and flowers

A total of 26 boxes of European honeybees (Apis mellifera) can also be found in the vicinity of BAFF. Not only do these bees help in pollinating the wide array of plants in the area, they also produce fine mountain honey which Henry and his wife branded as “Mountain Bee Brew.”

In the meantime, flowers also bloom in the farm’s surroundings. Species like calla lily, baby’s breath, and hydrangea among others not only add to the aesthetics of the farm, but it’s also an alternative source of income. 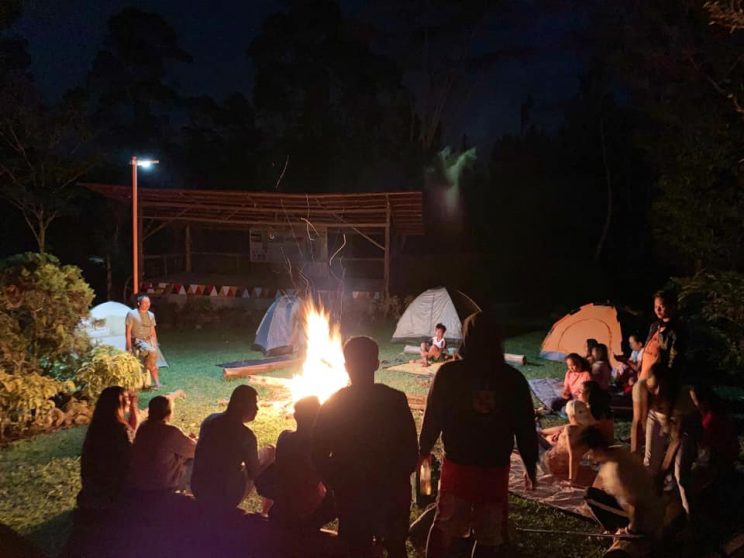 One of the farm’s attractions is a campsite where guests can spend the night.

Other elements include livestock production and a camping site where their guests can spend time in the direct presence of nature.

The farm also offers catering services and can also serve as an venue for events such as weddings, birthdays, anniversaries, and more, where they offer the naturally-grown vegetables in the menu.

Henry believes in making the most out of their space without having to rely on one aspect as a source of income. This way, they also manage to tap into different industries in agriculture.

BAFF also makes an income by selling products found on their farm such as tree seedlings of the species they grow, the honey-based products, vegetables, eggs, meat, coffee, cut flowers, cacao, and more.

At 28 years in business, Henry and his wife can already say that they’ve reached success in their agroforestry farm. However, the couple have no intentions of slowing down as they consider innovation to be the reason as to why their farm remained prosperous. 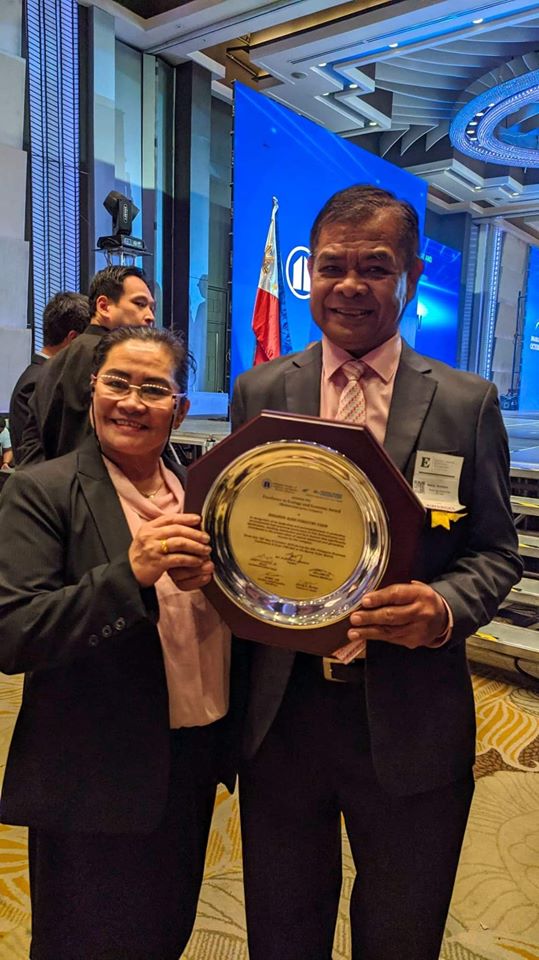 Henry and Perla Binahon worked together in order to develop BAFF into what it is today.

“Continue to innovate. Make science work on your farm, share what you learned along with what you experienced and your insights,” Henry said.

The couple opened their farm to those who want to learn from experts in agroforestry and other related fields in order to encourage fellow farmers to start advocating the importance of trees while also making a profit from it.

Two durians dressed as ghosts to scare off thieves