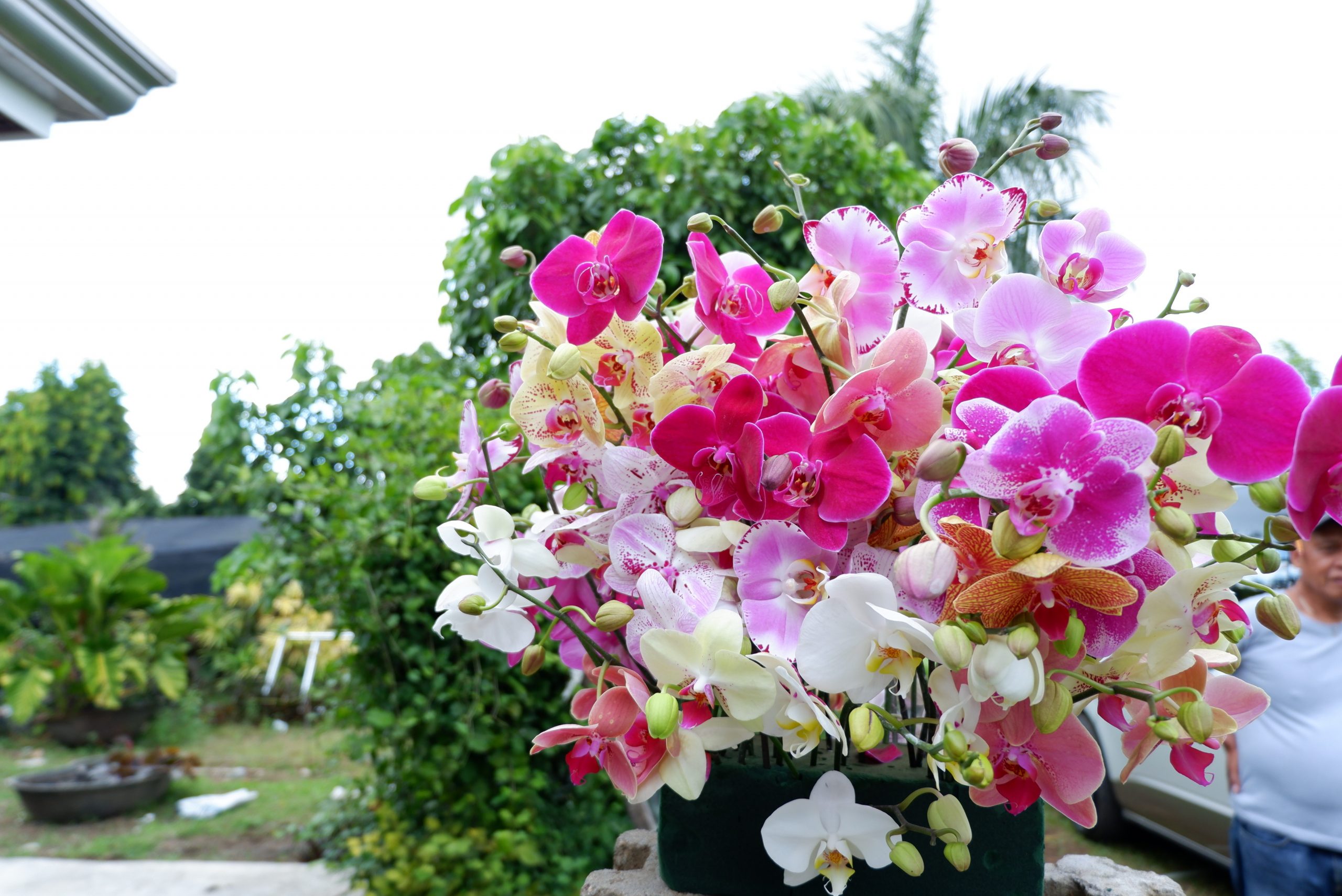 In the 1980’s, orchids became a popular plant because of its colorful and delicate blooms. However, it was mostly reserved as a luxury for the gardens and houses wealthy because of how limited the supply of orchids were at the time.

“My father, Bonifacio R. Isidro, an inventor, entrepreneur, and a philanthropist, started growing orchids as a hobby but he later recognized the potential of the plants in business,” said Alfonso Isidro, a second generation orchid grower and now owner of C&B Orchids.

He added that his father wanted the orchids to become non-exclusive to the wealthy alone.

In wanting so, the patriarch established C&B Orchid Farm in 1964 in San Rafael, Bulacan in order to make the orchids available for everyone to enjoy. 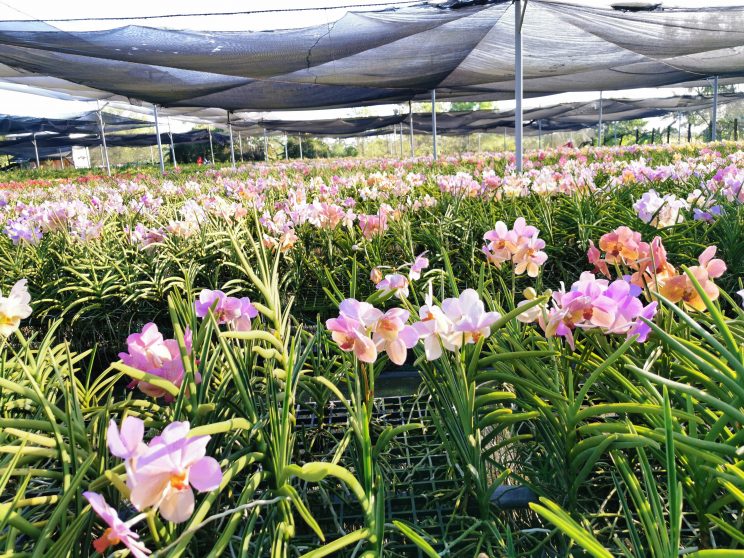 Presently, the farm has roughly over than 900 different varieties of Thailand and Taiwan-bred hybrid orchids which include dendrobiums, phalaenopsis, vandas, ascocenda, vascostylis, spathoglottis, mokara, aranda, renanthera, cattleyas, oncidiums, and cymbidiums. 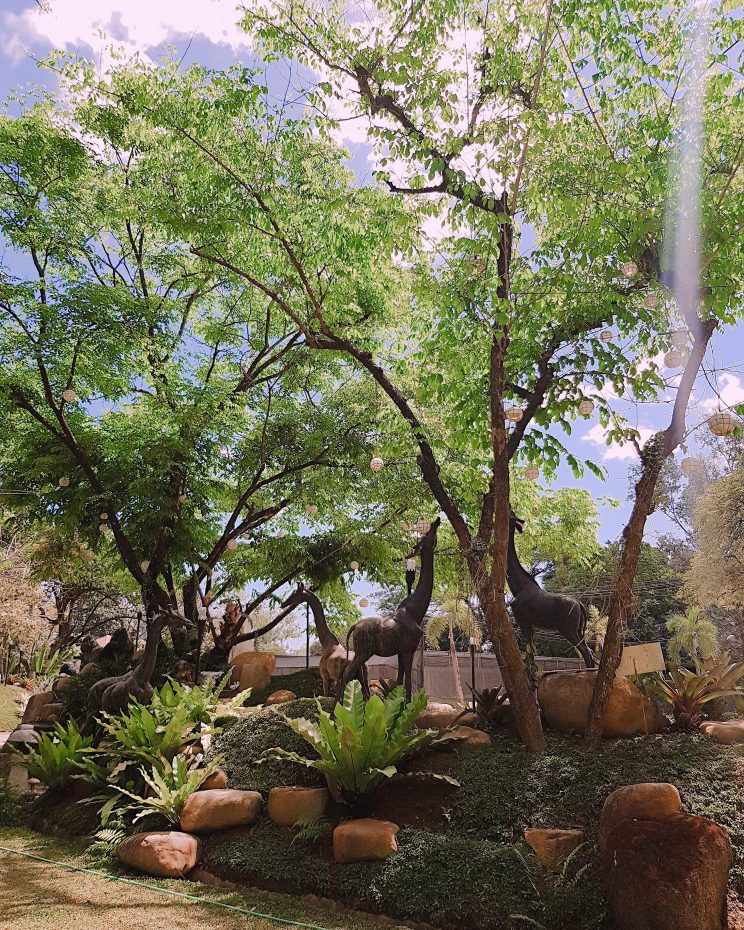 More than a nursery, C&B Orchid Farm is also a nature sanctuary to different kinds of ornamentals.

“Our farm is more than just an orchid nursery. It was developed as a nature sanctuary, home to different ornamentals that we have collected and propagated through the years. In fact pothos grow like grass in our farm even different varieties of sansevierias,” Alfonso said.

He shared that their farm has also been a favorite field trip destination for schools and organizations.  Now, people who also want to hold a photoshoot in the farm are welcome, for a fee starting at P3,000.

Partners in creating the business

C&B Orchid Farm, which stands for Carmen and Bonifacio, was made into what it is today by the couple who it was named after.

“My father and mother, Carmen B. Isidro, worked hard to establish the company. My father would oversee the operations while my mother was making sure everyone was fed–all the employees and our family,” Alfonso said.

The second-generation orchid grower also said that his father may have been the brains but before, he was on the verge of giving up. It was his wife, Carmen, who kept encouraging him which is why her name goes first in the official name of the farm.

Although having been successful at making a name for themselves, the patriarch admitted that he didn’t have any particular luck when it comes to agriculture in general.

“He sought the advice of experts which helped him in building his farm,” Alfonso said. 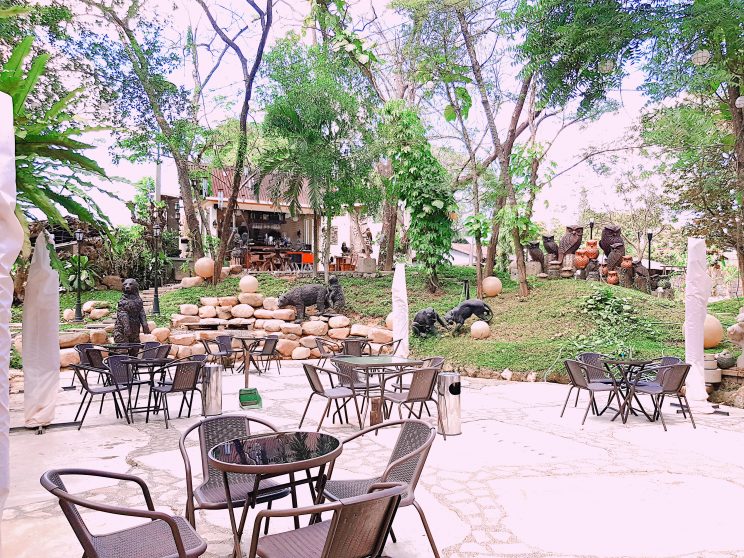 A pavilion is present in the farm’s vicinity where guests can take a breather or hold events.

Ultimately, Bonifacio built the farm for their family. He added a pavilion where he can entertain and host parties, a chapel in honor of San Isidro Labrador–the patron saint of farmers, a tennis court, a swimming pool, a basketball court, and a nursery where his family can grow the orchids that they sell.

Going with the changes in time

Back then, Alfonso said that their farm was solely focused on orchids. However, his father began propagating different plants such as anthuriums, bamboos, fruit-bearing trees and other ornamentals for selling.

“Nothing was really challenging for my father. He called himself a frustrated agriculturist but because of his creative mind, determination, and hardwork, he was able to succeed,” he said. 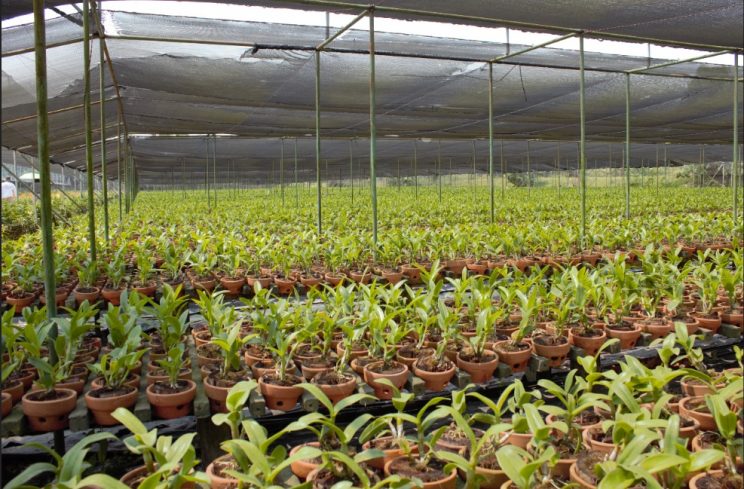 The farm manages to sell at least 3,000 orchids during off-seasons.

C&B Orchid Farm sells no less than 3,000 orchids a day, on a very slow day, or during off seasons.

However, due to the COVID-19 pandemic and the community quarantine imposed to keep the spread of the virus under control, the farm has been experiencing an influx in their sales which they have never seen before. 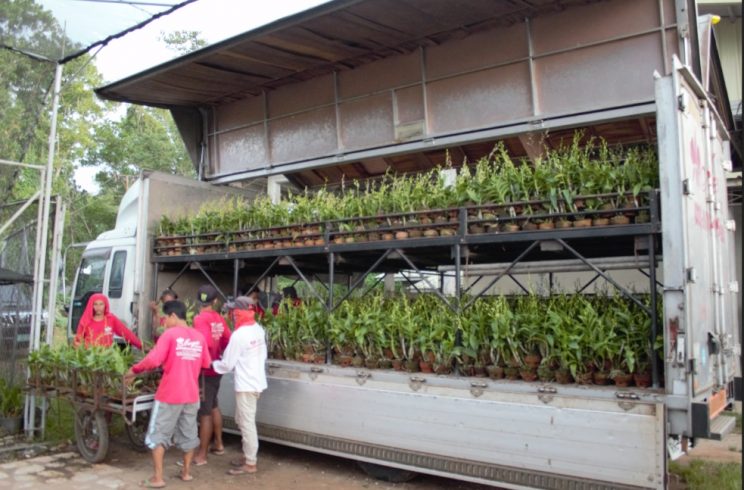 A truck transporting the orchids from C&B Orchid Farm to the branches.

Realizing that the numbers are only getting higher, Alfonso said that the farm has been prepared to expand their operations and cater to everyone’s needs.

The challenges and opportunities in orchids as a business

One of the biggest challenges in the ornamental business, according to Alfonso, is the cost because they want to maintain a minimum in their expenses but because of the pandemic, they had no choice but to implement a slight increase because their transport increased three-fold.

Next is the ornamental craze. In the back of their minds, Alfonso and the members of the C&B Orchid Farm are aware of the fluctuating demand of the market. They know that the current trend in gardening might come to an end which terrifies and overwhelms them at the same time.

“The market has been congested by a lot of resellers that only treat plants as a source of income, with no actual interest in the field. It’s disappointing. We want to attract like minded customers that see orchids as more than that,” he said.

Despite the challenges, C&B Orchid Farm and its other branches continue to promote planting especially during this pandemic because it’s one way to advocate nature while also making the most out of the time spent at home.

According to Alfonso, growing orchids is fairly easy and not as hard as most people think. Like his father, he believes that the flowering plants should be available to everyone, regardless of economic status or expertise in gardening.

In the continuation of this article, Alfonso shared some tips on how to grow orchids.

P23-M worth of projects released to farmers, fisherfolk in Agusan, Dinagat

An orchid farm in Bulacan makes the luxury plant available for all, Part 2