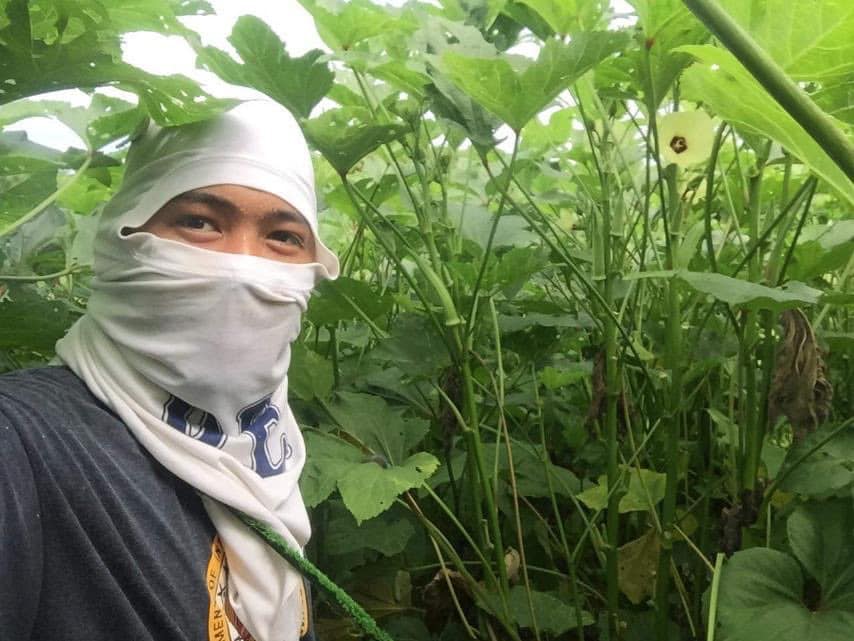 More than being a means to earn money, CLOY wants to better the lives of farmers through fair pricing and giving them a chance to sell their crops.

Crash Landing On You, popularly known as CLOY, is a Korean drama series where a South Korean heiress was dropped into the life of a North Korean army officer who then helped her hide in her new environment.

The series became widely popular in the Philippines, garnering fans from all walks of life. One particular fan is the former congressman of Ifugao who used the K-drama series as an inspiration for a social enterprise that he established with his college friends.

Known as Cordillera Landing On You, Teddy Baguilat Jr. started the social enterprise to provide consumers in Metro Manila and nearby areas with fresh produce and value-added products from farmers.

“Since it would be my first time to advertise and sell products, I thought of what I should do to be catchy. I’m part of the K-drama fandom and CLOY stuck with me so I posted in my social media accounts that Captain Ri, the name of the male protagonist in the series, will bring treats from Cordillera,” Baguilat said.

He added that CLOY, the social enterprise, wants to do its best to help Cordillera producers and farmers.

Baguilat also said that CLOY is not unique since there are groups who have been helping farmers by buying directly from them and selling directly to consumers at a fair price. 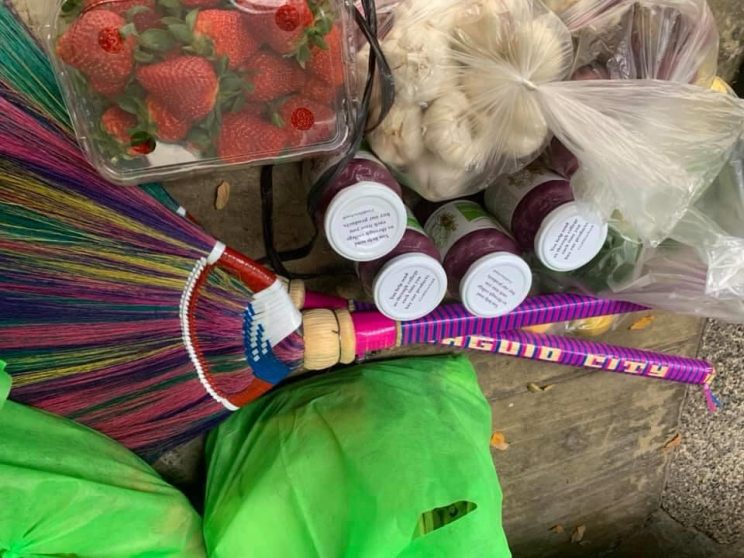 Through social media, the social enterprise offers various products such as vegetables from Benguet, lemons and strawberries from Sagada, Ifugao coffee, Ifugao woven masks, brooms and other crafts from Baguio, as well as Good Shepherd products.

A business made by friends

CLOY is only a month old and was created by him and his friends because of the COVID-19 pandemic, according to the former Ifugao representative.

“One of my best friends lost his major source of income when the pandemic shut down tourism in Baguio City. The best and breakfast he was managing, where I’m a partner of his, closed down when the lockdown started,” Baguilat shared.

This resulted in them having to think of a new source of income for all of the affected parties.

“Back then, the food supply chain got disrupted when no vegetables were being transported to the urban markets and no traders were venturing to the trading posts to buy produce from Cordillera,” said Baguilat.

Around this time, the farmers in Ifugao and other areas were experiencing overproduction where no one was buying their produce even if it reached low prices.

“My friend thought of joining the emerging small trader who seeks for producers to transport and sell their products in Manila. He then invited us, his barkada, to join in,” Baguilat said.

Initially, Baguilat declined because he was not a salesman. However, when he saw his friends’ determination and mindset that this wasn’t just a mere venture to make money from but a means of helping farmers as well, he eventually decided to join in.

He began posting in his social media accounts about how the producers in Baguio and Benguet are suffering because of the low prices and lack of buyers. 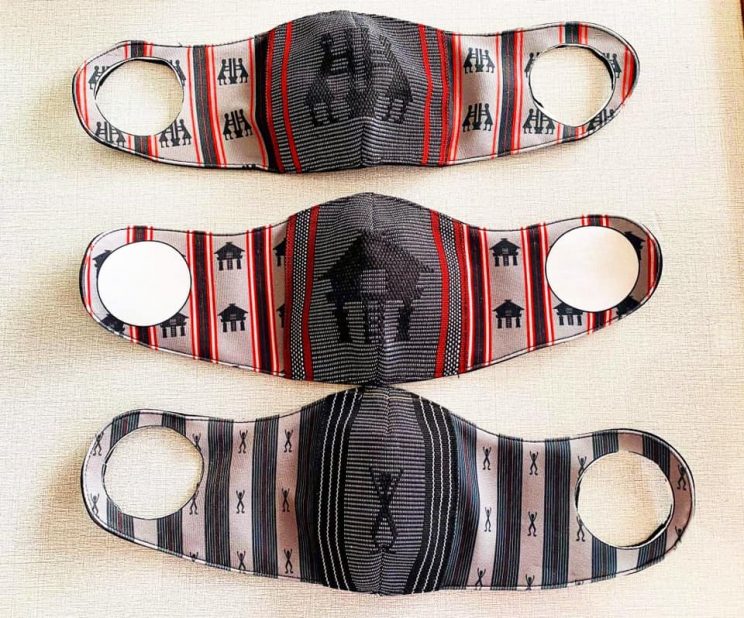 F
Face masks from weavers in the Mountain Province are also being offered by CLOY.

The group of friends now have the goal of wanting to bring the products to the big city where the consumers there may be able to help them. Fortunately, they received positive feedback and got numerous inquiries as well as orders which prompted them to continue their efforts.

Consumers can pre-order the offered products on the Facebook page. CLOY takes orders from Tuesday to Friday, then depending on these orders, the social enterprise approaches the farmers to place their orders.

“That happens on Friday and Saturday. By Sunday, we bring down the produce to Manila and do our best to deliver to the customers on the same day or by Monday,” Baguilat said.

He added that due to this pandemic, the people in the city have realized the importance of farmers in our daily lives especially when the food supply chain was disrupted.

As traders, Baguilat and his friends want to serve as instruments to aid the farmers rather than manipulate them which is quite rampant in the agriculture industry.

“I told my partners [that] we need to earn too to make CLOY sustainable otherwise, it’s not a business–it’s charity. But we make sure the farmers get a fair price appropriate to their labor, their operating cost, cost of inputs while earning a good profit,” Baguilat said.

Other than sourcing from farmers and producers in the Mountain Province, CLOY also helps farmers from other regions to gain a market and sell their produce.

They also help the Mangyans in Mindoro, as well as other farmers from different areas such as Bulacan, and more. 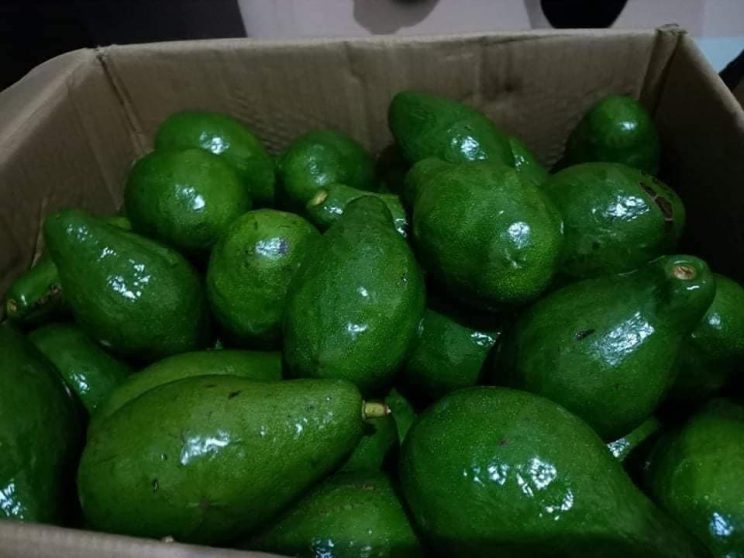 Avocados that were sourced from the Mangyans in Mindoro.

“We thought of helping particular farmers because of our personal advocacies in our lines of work. The Mangyans who sold us their avocados are the protectors of critical biodiversity ecosystems in Mindoro,” Baguilat said.

One young farmer in Bulacan that the social enterprise helped faced challenges in resisting conversion of his agricultural land to subdivisions. CLOY had to make his farming viable so his land will remain as a prime agricultural area.

“It’s not just about money. There’s also a cause in CLOY,” the former Ifugao representative explained.

Aside from providing farmers with a source of income, the social enterprise also has the responsibility of keeping the farmers safe.

“I think small traders like us minimize the risk of farmers having to travel to the city to sell their produce, especially with a pandemic going on. I guess with this emerging way of trade, consumers don’t have to go to the supermarkets and markets to jostle with the crowd just to get their vegetables,” Baguilat said.

He added that local producers are the backbone of the Philippine agricultural system which is why they should be given importance as well as proper markets and prices to benefit the farmers.

Cordillera Landing On You aims to create this better scenario for farmers while also giving consumers in the big city a taste of what the farmers from different regions have to offer.

For more information, visit Cordillera Landing On You on Facebook.