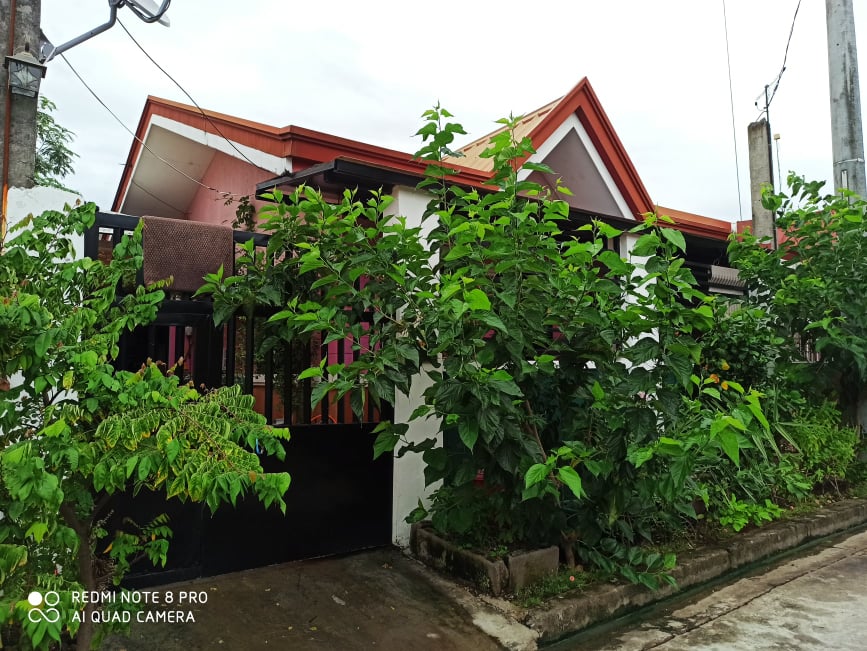 The facade of Sharon S. Napalang's home is surrounded by greenery.

Several people who reside in the metro have goals of moving to the province because of certain reasons. Some of these reasons include wanting to be closer to nature, having easy access to tourism sites, and the Filipino dream of being able to grow their own food in the comfort of home.

This was the case for Sharon S. Napalang, the BibleHouse manager of the Philippine Bible Society. Before she and her husband moved from Makati to Santa Maria, Bulacan, the couple planned on establishing a garden where they can grow fresh produce for personal consumption.

“When the house was being constructed, I had plant boxes for herbs made because I love to cook. That’s where it started for us,” Napalang said. 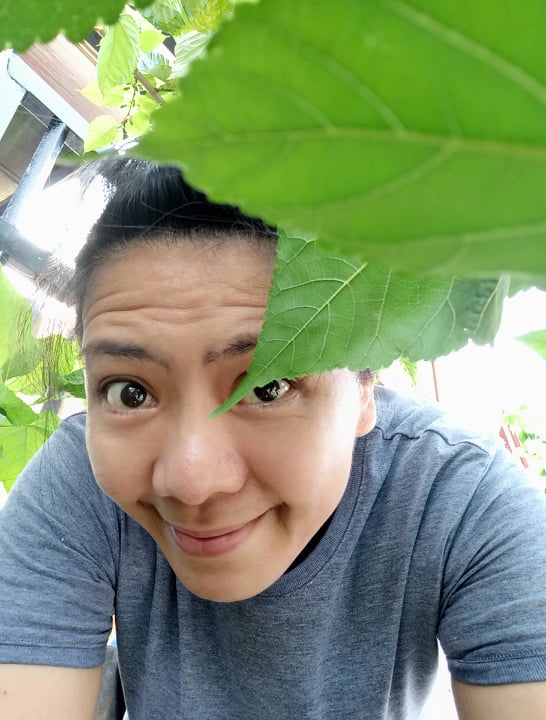 Sharon S. Napalang is a BibleHouse Manager of the Philippine Bible Society who enjoys gardening and growing plants with health benefits.

Eventually, the couple began purchasing fruit-bearing trees that have health benefits like star fruit, lemon, pomelo, and blue ternatea among others. 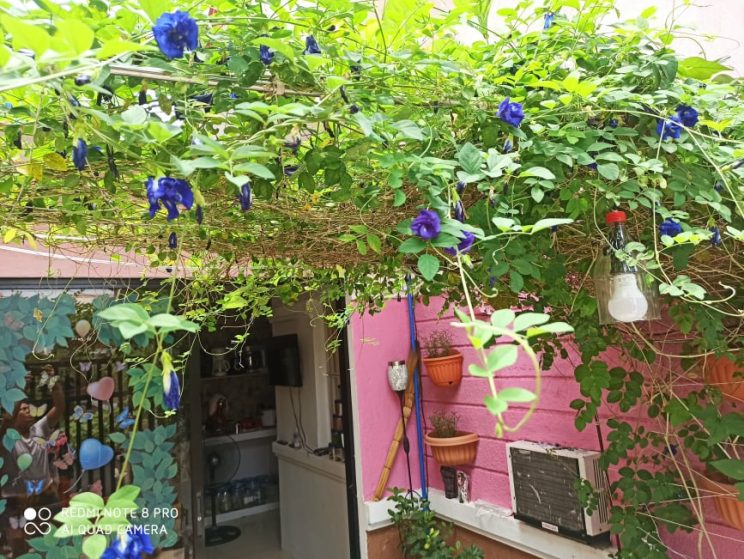 Her inclination toward plants came from her mother, who was interested in growing greens. At the same time, Napalang shared that during elementary, she managed to learn from her teachers who highlighted the importance of planting and how to go about it.

Although Napalang started with herbs, which she still grows today, she soon decided to branch out and try growing other plants that provide health benefits when consumed. 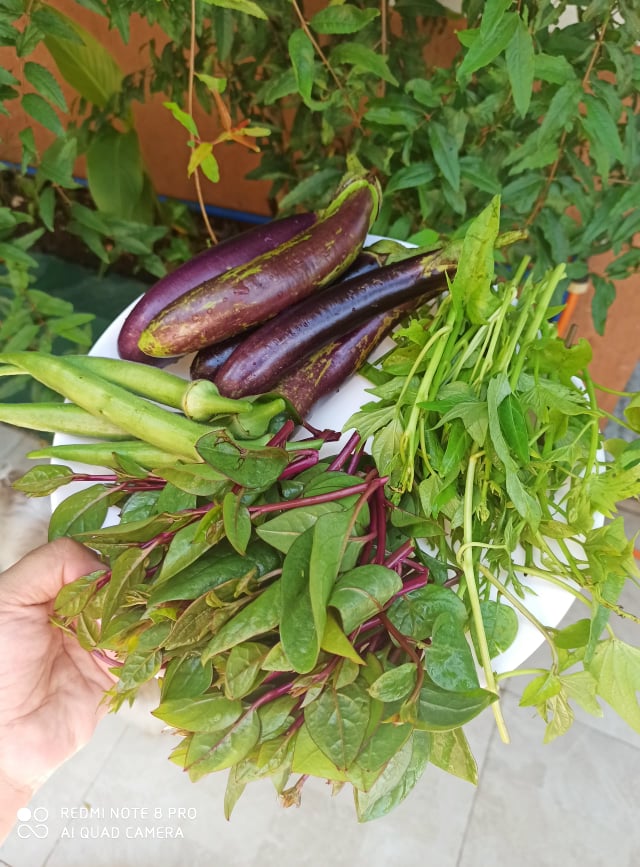 She moved on to growing vegetables such as okra, alugbati, radish, eggplant, corn, and chili. Napalang also ventured to growing fruit-bearing trees that aren’t exactly a common sight in a backyard garden. 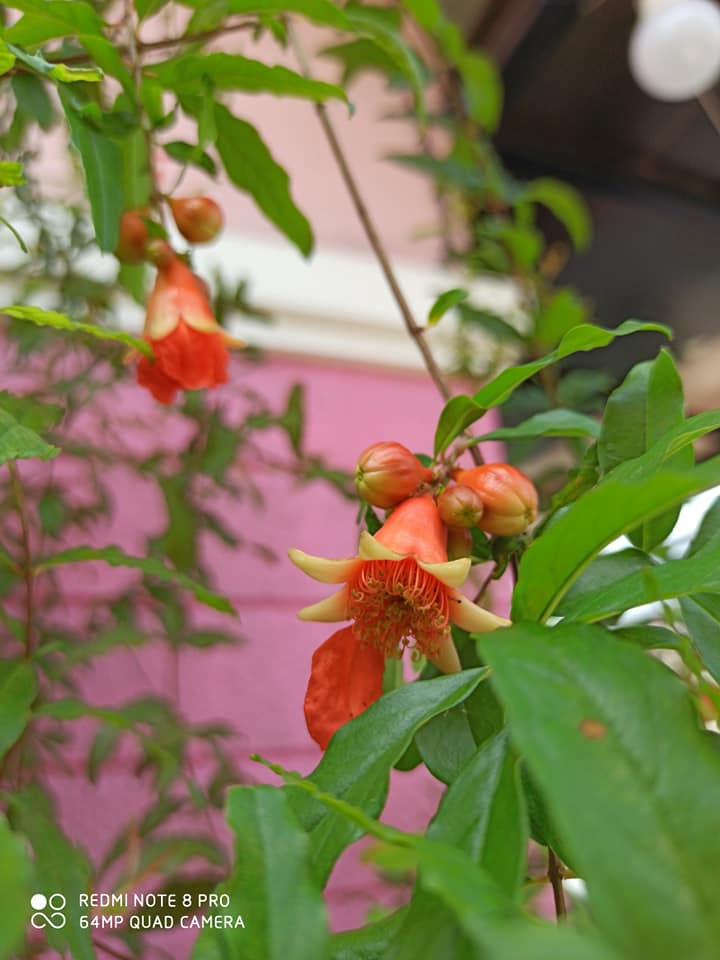 Pomegranates, locally known as ‘granada’, also grows in the manager’s garden along with other fruit-bearing trees.

One example is her pomegranate tree which is known in the Philippines as “granada.” It is a shrub that can grow two to three meters high and it bears fruits that are round, reddish-yellow, and contains numerous seeds that are surrounded by a flavorful pinkish-red pulp.

Native to southwestern Asia, pomegranates have been used in traditional medicine for more than 3,000 years. Several religions during its early stages note the fruit as a sacred with powers that bestow fertility, abundance, and good luck.

Presently, the fruit has known health benefits such as lowering blood pressure, easing arthritis and joint pain, lowering risks of heart disease, and fighting against prostate as well as breast cancer.

Caring for plants and others

According to Napalang, most of her plants have occupied nearby areas of their house.

“We asked permission from our neighbor who owns the area where my plants are growing since they haven’t occupied the space yet,” the manager said. 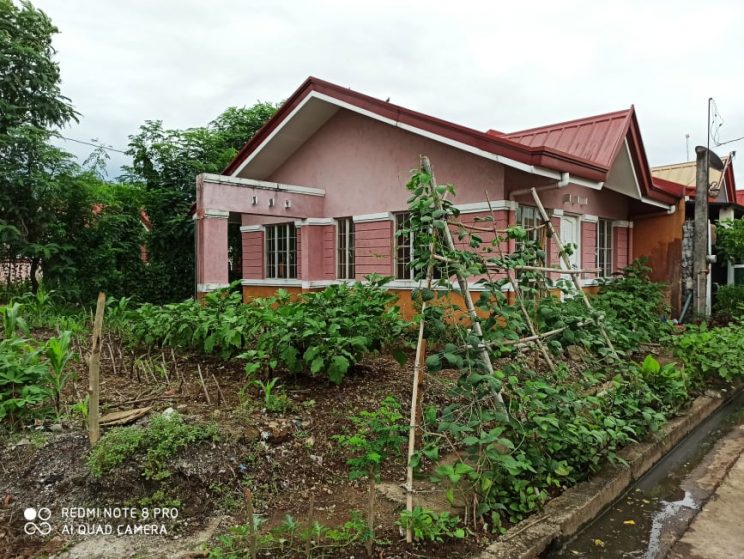 The vacant space beside their house has been transformed into an extension of their garden for health and environment reasons.

She added that they did this in order to keep their other neighbors from piling trash and other waste onto the vacant spot, which could prompt the presence of snakes or become a breeding place for mosquitoes.

Moreover, Napalang’s neighbors also benefit from her fresh produce as she generously shares what grows in her garden with them, especially during the COVID-19 pandemic when food security was threatened due to the closure of roads which then stopped produce from being delivered from one point to another.

“I always bring some veggies for my team in the office, particularly since we’re not allowed to go out and buy food. And during times when I get to harvest a lot, I manage to sell the excess produce and some seedlings,” Napalang said.

Prior to having a thriving garden, the manager shared that she encountered challenges such as how to maintain the garden despite their busy schedules. 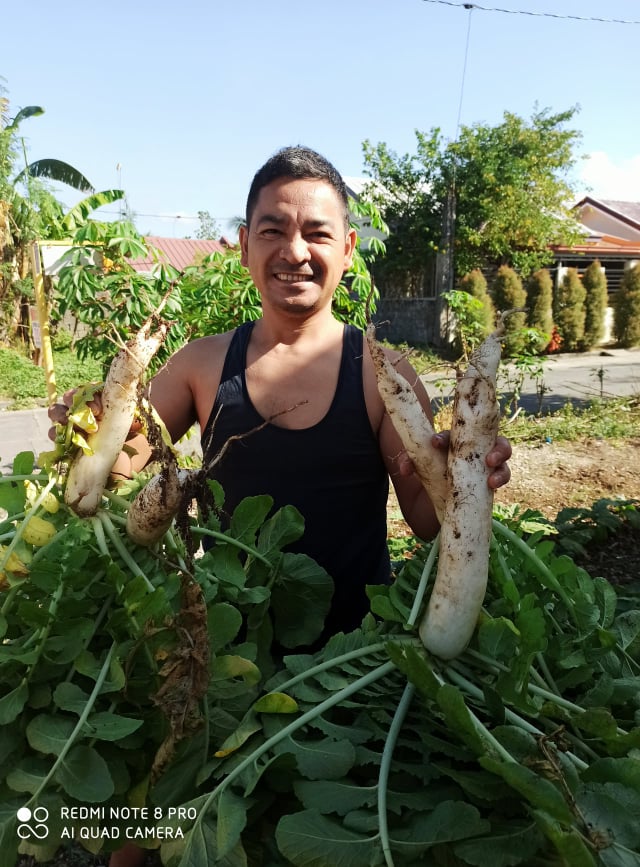 Napalang’s husband, although stationed in Samar, helps out in maintaining the garden whenever time permits.

“We only have the weekends to clean or cultivate the garden because I work in Manila while my husband is assigned in Samar because he is a member of the Philippine Army,” she said.

Nonetheless, Napalang then managed to get the hang of things as she saw her home garden flourish with all kinds of produce. One thing that she learned in managing her garden is that consistency is important.

“You have to be consistent in what you’re doing to achieve your goal which, in my case, is being able to harvest healthy and chemical-free produce that benefits both your family as well as others,” she said.

“Talk to them, cultivate, water, and care for them. Basically, if you’ve put in effort, make sure that it’s at its maximum,” she said.

Moreover, if there are questions that a newbie gardener needs to answer, she advises that it’s best to ask those who already have experience in gardening or by utilizing social media and joining groups that share the same interest and offer any information that they can.

Once a garden produces all kinds of fruits, vegetables, and herbs, Napalang shared that there’s a feeling of fulfillment in knowing that you can grow things that benefit everyone around you.