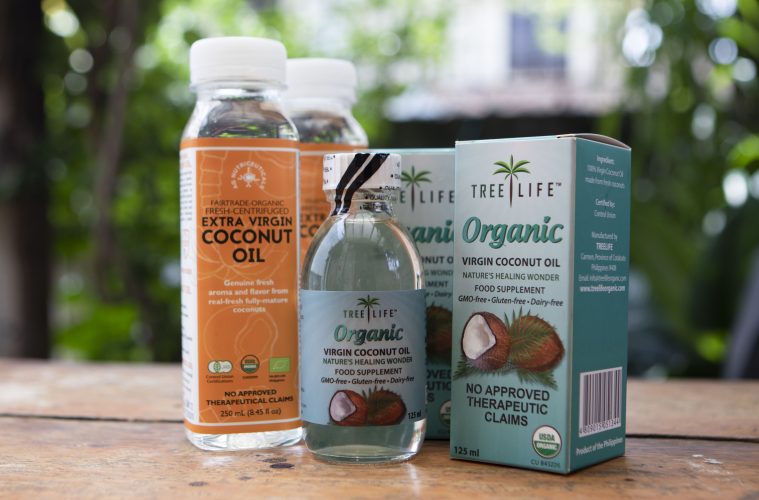 DAVAO CITY – Virgin coconut oil producers are elated with the “very promising” result of the VCO trials on COVID-19 patients, saying that the development could bring more opportunities to coconut farmers.

Jerry Taray, co-founder of TreeLife, which produces several coconut-based products including VCO, said that the result of the clinical trial is good for the country financially and economically.

“More income not only to processors but also to local farmers. Prices for unhusked coconut will improve and it will also improve the income of small farmers,” said the certified organic VCO producer based in Carmen, North Cotabato.

Moreover, he believes that VCO could become an alternative and affordable cure or prevention supplement against COVID-19 adding that it is affordable among the poorest of the poor.

On the other hand, Taray expressed optimism that this is the time for the Philippine Coconut Authority (PCA) to shine, adding that the agency may fund more hubs in most coconut producing towns and provinces.

“I’m not looking only at our personal gain for our company, but to the whole industry’s growth and prospects. This will be the chance for PCA to shine once more and rebuilt the industry,” he pointed out.

As this developed, Taray said they are looking for small farmers who are willing to partner with them in growing organic coconut. “We want to invest and grow with the community.”

Like Taray, another VCO producer Ernesto Pantua Jr., owner of Kablon Farms based in Tupi, South Cotabato also believes that the recent development on clinical trial tests could further boost demand for VCO and should proportionately increase the farm gate price of coconuts.

Pantua added that the spike of sales have almost doubled from January to June this year compared to the same period last year.

He is also calling on the PCA and the Department of Agriculture to give importance to the coconut industry not just because of the surge of VCO these days but also in promoting other coconut-based products such as coconut vinegar.

For Antonino Geniston, general manager of AG Pacific Neutriceutical Corporation, described the recent development as a “God’s blessing,” adding that it is an opportunity to scientifically confirm the anti-viral potency of VCO did come during this time of extreme difficulty of our country to overcome the COVID-19 pandemic.

“This was actually the very reason why I was moved to establish a VCO factory, 15 years ago after I was quickly cured from an onset of flu, which is also a viral infection, by taking four tablespoon of VCO,” recounted Geniston, whose plant in Padada, Davao del Sur is producing certified organic VCO.

He attested that the demand for VCO in the local market is starting to pick up.

“I think mainly driven by positive results of clinical trials. I am so happy about this development since more Filipinos will soon benefit the positive effects of VCO for good health.”

With the increasing demand for VCO, Geniston believes that this could also increase the value of coconuts since VCO is a high-value product.

He pointed out that the export market for VCO has been steadily growing for more than 10 years already, adding their VCO is being exported to 14 countries.

“I hope the government could allocate more resources on the coconut demand side: coconut products development, coconut processing technologies, research and clinical studies on the health effects of coconut products, and extensive marketing and promotion,” Geniston appealed.