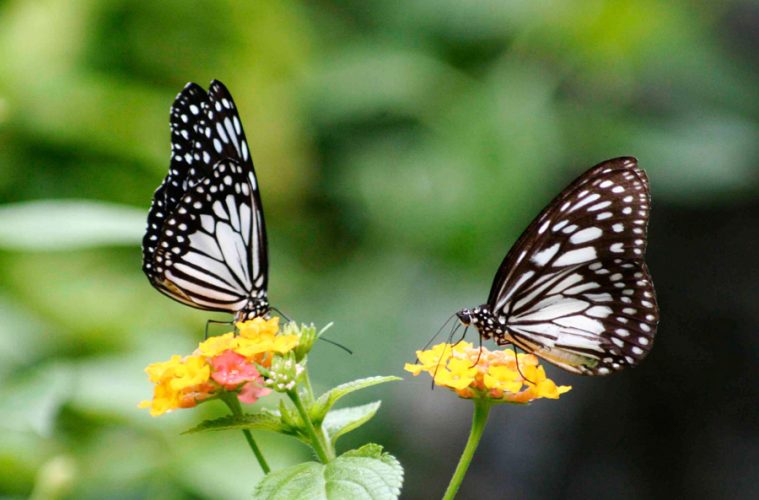 Flor's Garden in Antipolo, Rizal is also a butterfly sanctuary among other things.

Flor’s Garden in Antipolo, Rizal that measures more than five hectares is a bird and butterfly sanctuary as well as an educational destination for different gardens that have their own specialty.

It is run and owned by Flor G. Tarriela who is also the chairwoman of the Philippine National Bank (PNB), one of the largest banks in the country.

The previous article discussed the amenities and numerous elements that make up Flor’s Garden. Here, Tarriela shares how the garden started from a love of gardening to a profitable and educational garden destination.

The history behind Flor’s Garden

For one to know how Flor’s Garden came to be, Tarriela shared that it began with her parents and her father’s bid for candidacy.

“In 1963, my father Benjamin Gozon from Malabon ran as governor of Rizal. He had no political history but he had a career as the director of the Bureau Mines for 14 years among other things. My mother, Carolina Gozon, went along with his candidacy but prayed hard that he would lose because she did not like a politician’s life. Well, her prayers were answered,” the PNB chairwoman said.

She added that losing the campaign was related to the establishment of Flor’s Garden because during the elections, there were jeeps used for the campaign.

“One of the political leaders [asked] my father if he can exchange his lot in Antipolo for a jeep. My father agreed as it was the least he could do for his campaign leader who felt bad that their candidate lost,” Tarriela said.

Eventually, other leaders found out about it and also wanted to own a jeep in exchange for their lots. When the jeeps finally ran out, there were more leaders wanting to now sell their lots for cash.

“My father talked to my mother, Coralina ‘Arling’ Gozon, who didn’t know if it was a good idea, so she started to pray. With her patis business, she prayed that if it is Gods’ will for her to buy the land, the leaders will ask for an amount she can provide them: the sale proceeds of her patis for that day,” Tarriela said.

As if it was fated, when the leaders came to make their bid, they asked for the exact amount that was equal to patis sales for that day. With more leaders offering their lots for money, Tarriela’s mother acquired several hectares of land for her family.

“I have three other siblings and each of us were given five hectares to develop. Beside Flor’s Garden is Carolina Bamboo Garden which is owned by my sister Kay Jimenez, the Bamboo Queen, and across the street are my two brothers Ben and Henry,” the PNB chairwoman said.

Developing the farm to what it is today

Before Flor’s Garden became the educational garden destination that it is today, it had humble beginnings, with Tarriela having little knowledge about the plants growing in the garden.

“My mother planted talinum in our home garden. It wasn’t an ornamental plant so I thought of throwing it away,” she said.

“Maur saw a talinum plant and said that this plant is rich in vitamin C and it saved her family along with others during the Japanese occupation as it grew fast and anywhere,” Tarriela said.

She suddenly realized that she was planning to remove the talinum in her garden due to ignorance. She then started exploring the possibility that there are many other plants similar to talinum which are edible and beneficial but underrated.

“I asked Noni, our walking encyclopedia, if there are other common plants–even weeds, that are edible. He named quite a few so I started writing them down and I realized that others should know about this,” the PNB chairwoman said.

To share this information with others, Tarriela wrote a book called Oops– Don’t Throw Those Weeds Away with Dolera.

From there, she started collecting the common plants written in the book to be placed in her garden.

“Guests in the garden usually gravitate around the weeds garden. Eventually, the garden became an attraction especially when we started training on natural farming and providing wellness seminars with Jimmy Galvez Tan; and the rest is history,” Tarriela shared.

In the next article, Tarriela discusses the farming techniques used in the farm and how they managed to overcome some roadblocks before Flor’s Garden became successful.