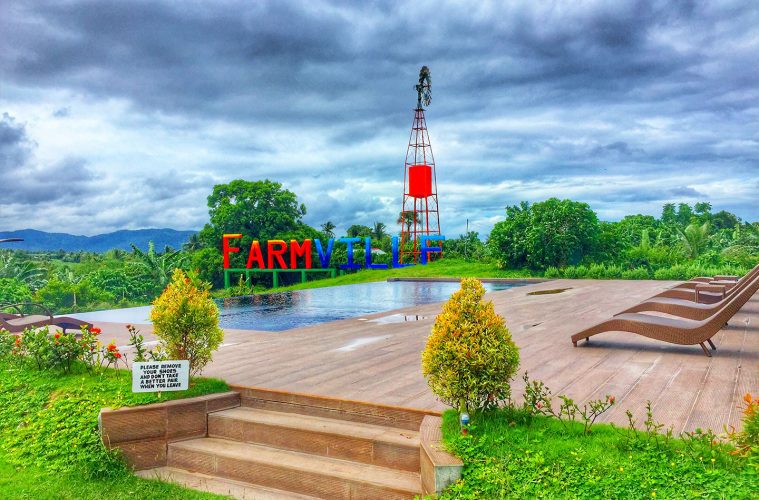 After the death of a loved one, Michael Maranan, President and CEO of Taal Mananan’s Farmville, realized the importance of producing food not just for his family, but also for the community.

Maranan, who was raised on a farm in Batangas, decided to build his own farm with the initial goal to provide healthy food for his family. “At first, I just wanted of providing food for my family’s consumption, and then eventually, when I saw that the real food is not just for us, but for everybody, I decided to expand [the farm] to be able to share it to everyone,” said Maranan.

Taal Maranan’s Farmville is an agritourism site in Taal, Batangas that measures about five hectares and that offers family-friendly activities, accommodation, farm-to-table meals, and more. 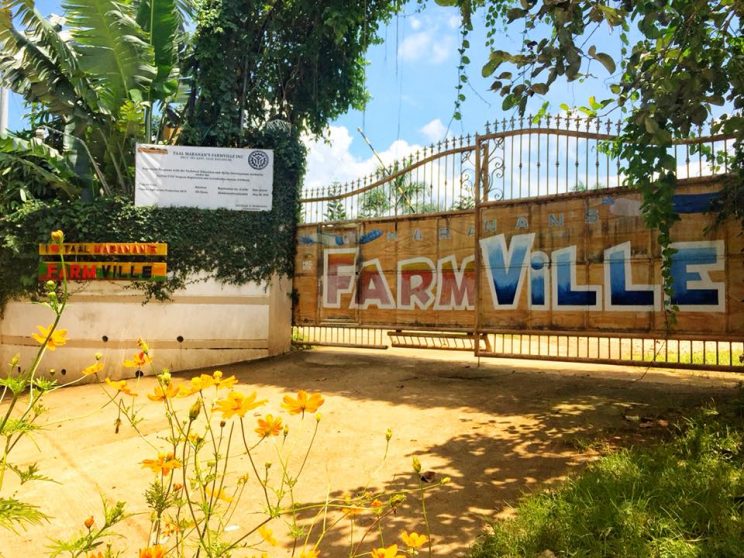 When you visit the farm, this is the sight you’ll see at the entrance.

Besides offering healthy food and various attractions to the public, Maranan’s mission is for the farm to pave the way for people to learn natural farming while creating remarkable memories with their families at Taal Maranan.

A source of produce

In terms of food production, they grow high-value crops such as different varieties of lettuce, kale, and Japanese cucumber; local crops including eggplant, okra, sitaw, pechay, papaya, squash, upland kangkong, and tomatoes; as well as herbs and spices like basil. 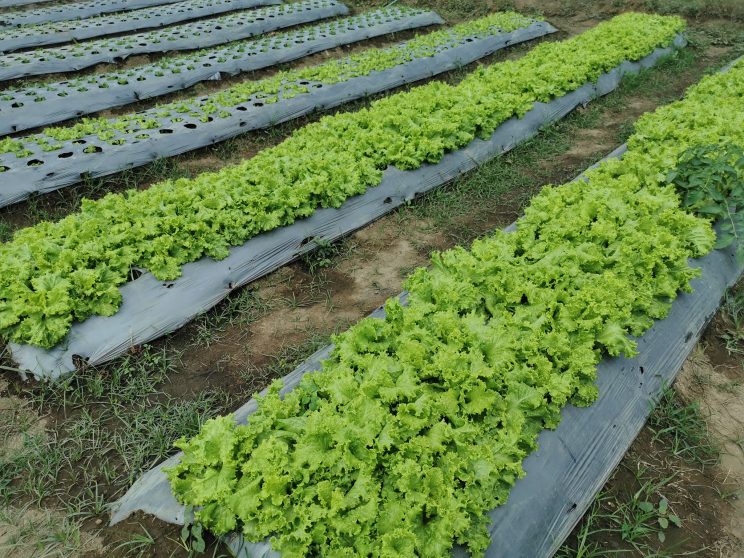 They have numerous varieties of lettuce available including these rows of grand rapids variety.

They also cultivate native plants and trees like banaba, bignay, mabolo (Diospyros blancoi), paho (Mangifera altissima), galo (Tinospora cordifolia), and gac fruit (Momordica cochinchinensis). Some medical plants available on the farm are oregano, turmeric, and ginger. Aside from these, the farm also nurtures the only olive tree in town, which Maranan obtained from Israel. 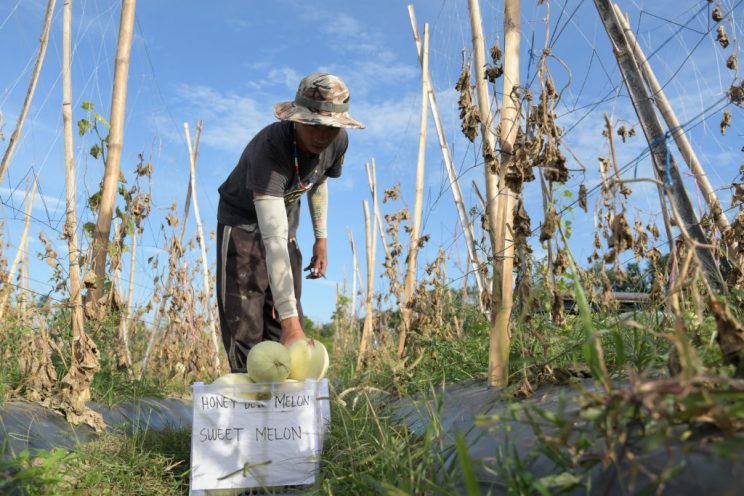 One of their farmers harvesting melons.

In growing and maintaining crops, Maranan’s farm ensures to abide by the guidelines of the Philippine National Standards in Organic Farming. Their fertilizers are made from fruits and vegetables, which they get from the farm. They also use vermicast and carbonized rice hull (CRH) in land preparation. For pest control, they place net bags and insect traps as an alternative to pesticides. 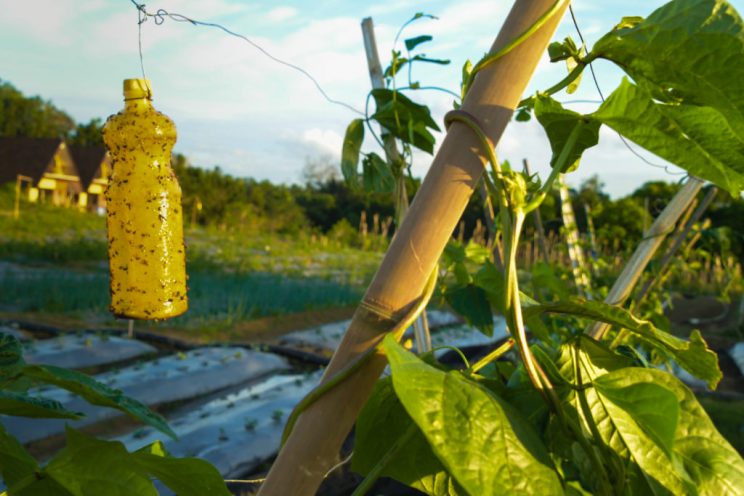 A natural insect trap hung around the farm.

According to Maranan, introducing natural farming and sharing how it differs from non-organic methods to people is the only challenge they continually work on. To amplify its importance to more individuals, they offer free seminars and training on Maranan’s farm. Through these, they also get to explain the reason why naturally-farmed crops hold higher selling prices than those of non-organic goods.

The harvested crops are added to the meals served at the farm’s restaurant and some are sold to online and walk-in buyers. They also supply goods to their regular clients including restaurants that are mostly Korean restos. They sell mulberry jam, kale juice, and banana heart steak out of the farm’s produce too.

In terms of the people, Taal Maranan consists of 10 farm workers aside from the set of employees assigned to other departments. Their farmers are from the provinces of Quezon, Bicol, and Batangas. Maranan ensures that they all have statutory benefits and other necessary work assistance. 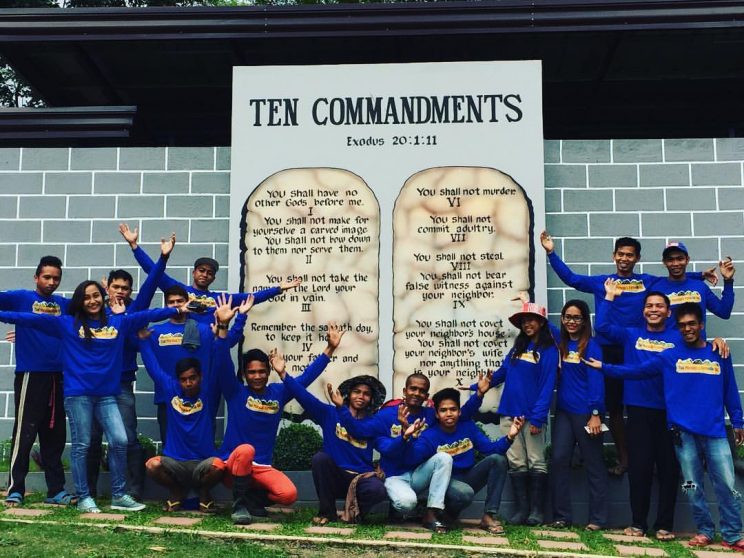 The people behind the operations of Taal Maranan’s Farmville.

A farm destination for everybody

In 2016, this family’s vacation place was turned into a farm destination when they opted to open it to the public not just to share their knowledge on farming, but to give jobs to the locals as well. From the concept of the online game Farmville, one of the farm’s highlights is the fun and creative rooms and cottages that are patterned after gigantic-size vegetables, fruits, animals, and more. 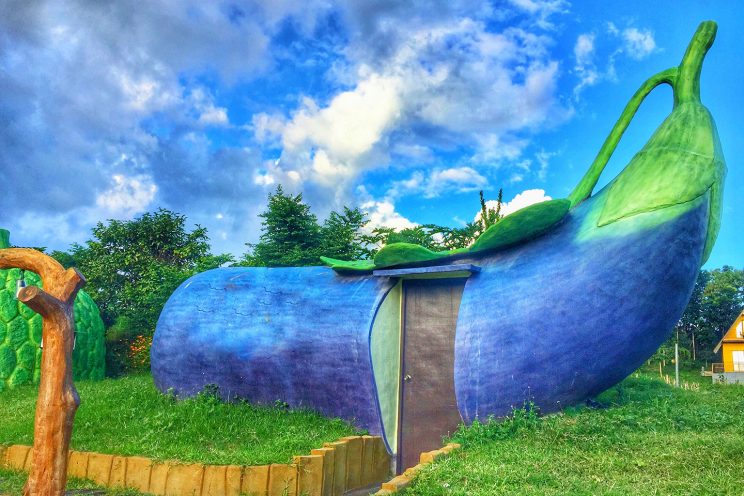 This isn’t your ordinary eggplant as this is turned into an accommodation, which is just one of the rooms you can opt to stay in while on the farm.

They also offer various relaxing activities that are fit for all ages like glamping, tree-hugging, and animal feeding. You can also experience picking fresh crops on the farm like lettuce, okra, and basil. This is a strategy that Taal Maranan’s Farmville has intentionally offered to make their visitors engage in farming. 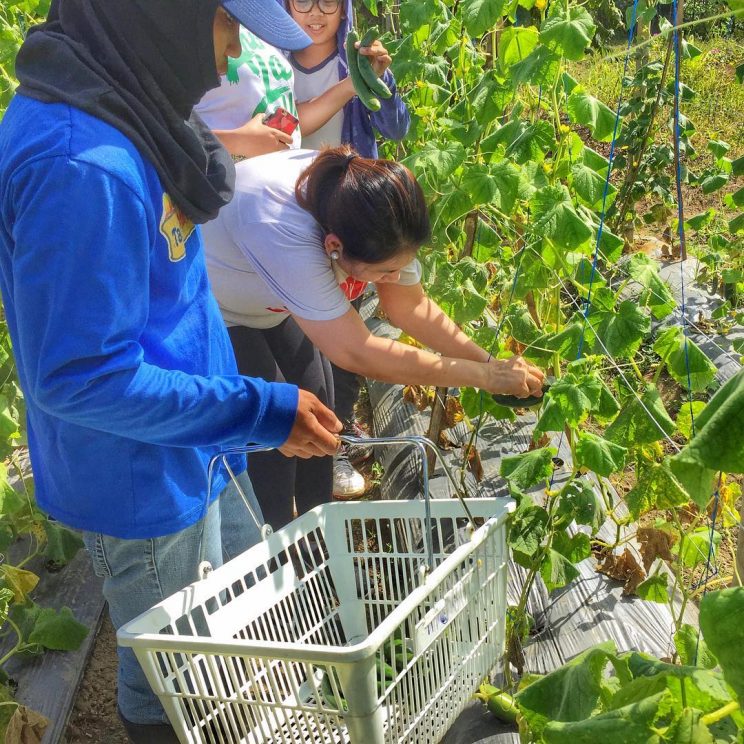 A farm activity called pick and pay, where guests can freshly gather the produce that they will eat.

The aftermath of the Taal volcano eruption

When the Taal volcano erupted in January 2020, Taal Maranan’s Farmville was one of those who got heavily devastated. As an agritourism farm site, it marked a huge impact on the farm; the estimated amount of damage from the eruption was about a million pesos. Maranan says, “We lost 80% of our guests who are visiting the farm and buying our produce because of the fear that the volcano might erupt again. It took time to recover because the alert level three was still in effect.”

After the explosion, they removed the damaged crops, cultivated the land, and started sowing seeds again. A month later, they were able to open the farm to the public again, just in time for Valentine’s day. Since many were not able to visit them, Taal Maranan made a way to reach the customers through door-to-door delivery as they managed to market their produce through the online platform.

The current state of Maranan’s farm

Now that we are facing a crisis, Maranan added, “We take the situation as an opportunity to offer our farm produce [online]. We sell and deliver our fresh produce to our valued clients. By this, we can still give job opportunities to our employees.”

One of the farm’s goals is not only to provide healthy food, but to give employment to people, especially amid a crisis.

Due to community quarantine protocols that were set to halt the spread of the virus, they temporarily closed the restaurant. They also limit their guests to one family per day who would like to visit the farm. This way, they can focus on one family in sharing their farm practices and in giving them a better quality service.

In the future, Maranan aims to make their farm produce and goods available worldwide and to continuously help the community in providing more jobs and opportunities for them.