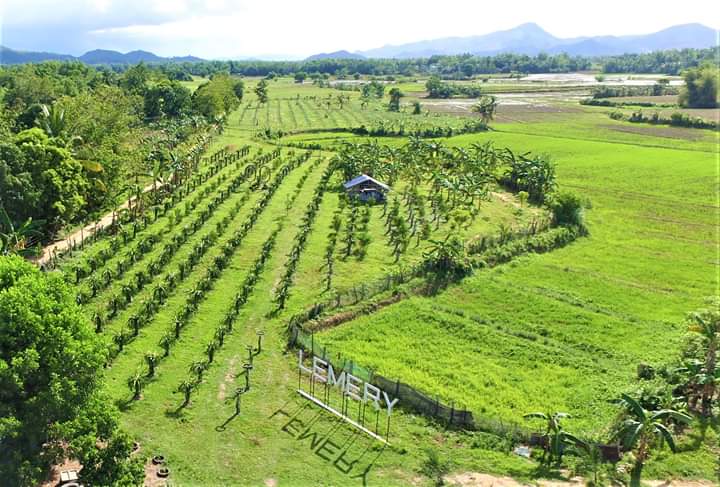 Hobbies are a great way to pass the time since these keep a person entertained while also honing a skill such as logic, creativity, and more. Other than being a source of enjoyment or relaxation, hobbies can also be profitable if properly developed.

This is the case of KC Dragon Fruit Farm (KCDF Farm), a three-hectare farm in Lemery, Panay, Iloilo. It began from a local’s hobby of planting fruit-bearing trees but the farm has progressed in a span of eight years and is now looking to venture into agri-tourism.

Back in 2013, Kristian Chif (KC) Alanan Ballener, a current member of the Sanggunian Bayan in Lemery, Iloilo and owner of KCDF, planted fruit trees such as coconut and dragon fruit, which he sourced from Ilocos.

From a hundred cuttings, he managed to grow four cuttings each on 25 concrete posts. Presently, the number of concrete posts has ballooned to a thousand, providing him with a bountiful harvest of dragon fruits. 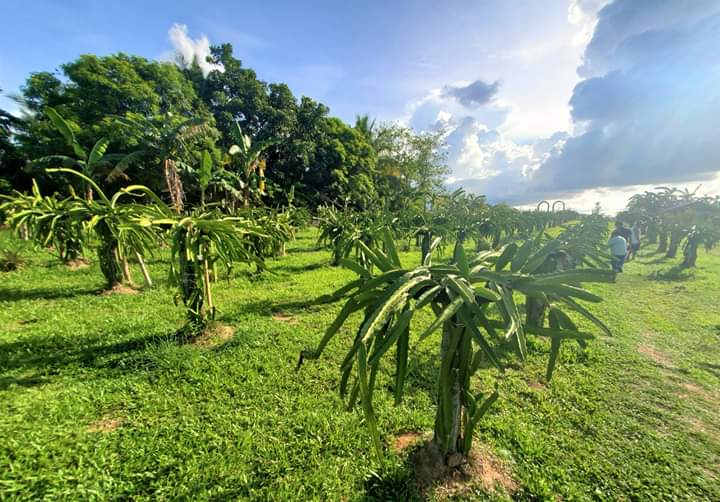 Ballener started with a hundred cuttings of dragon fruit trees and managed to grow more on his farm.

The land where KCDF Farm now stands used to be a sugarcane plantation owned by Ballener’s mother. He shared that due to it being unproductive, the land was eventually abandoned. But Ballener saw it as a potential farm that grows dragon fruits and welcomes guests, which is why he decided to take over.

“At that time, I thought that after 10 years, I could turn this abandoned lot into something that my family could be proud of. I also believe that we should venture into agriculture as early as possible so we can enjoy the benefits of what we sow for a longer time,” he said.

Why he decided to grow dragon fruits

One reason why Ballener decided to grow dragon fruits is because locals in their town aren’t familiar with the exotic fruit.

“Agriculture is part of our family business because my father is a palay farmer and my mother is a businesswoman who trades rice. [Venturing into] dragon fruit farming is profitable for long term investment,” he said.

Since dragon fruits are basically cacti, these fruit-bearing trees can withstand drought, typhoons, and diseases. In addition, the exotic-looking fruit is highly productive and could yield a minimum of 3.5 tons per year in every hectare. 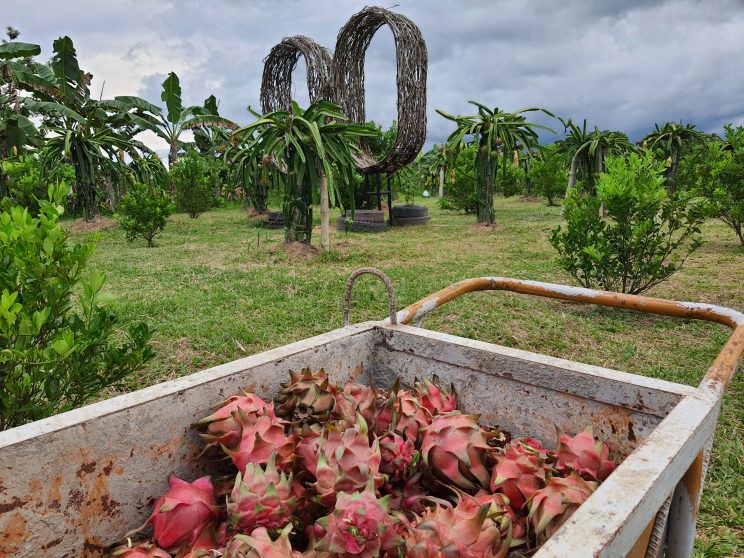 “Dragon fruit trees have a lifespan of 50 years and they aren’t hard to care for. These can also fetch a good and stable profit from the market,” Ballener said.

When growing dragon fruit trees, he shared that he began by erecting concrete posts that are four by four (4 x 4) in measurement and six feet tall. Next is to prepare the cuttings and place four on each post.

Once the concrete posts have been secured, the cuttings should be placed by then and a rubber tire (preferably recycled for environmental purposes) on top of the soil where the base of the post is buried.

“It’s better to plant during the rainy season to prevent stagnant water on the dragon fruit trees. Mulching, applying organic fertilizer, and weeding every month is also necessary so the trees will grow faster,” Ballener said.

He added that securing the cuttings frequently should also be a priority especially during the fruiting season which occurs one year after planting.

Since dragon fruit trees can bear fruit four to six times a year, Ballener still had to think about the off seasons and how the farm can earn a profit. As a result, KCDF Farm also grows other fruit-bearing trees such as coconuts, walnuts, calamansi, santol, avocado, durian, lanzones, rambutan, guava, and jackfruit among many others. He also added livestock like turkeys, geese, and guinea fowls.

These are only some of the amenities that Ballener added in KCDF Farm for it to become a profitable and diverse farm. His next steps will have to deal on how he can transform it into a farm tourism site.

In the next part of the article, Ballener shares what are some of the attractions he added in the farm, the challenges he faced, and some tips on how to setup a farm tourism site.

A dragon fruit farm that started from a hobby is now a budding farm tourism site, part 2