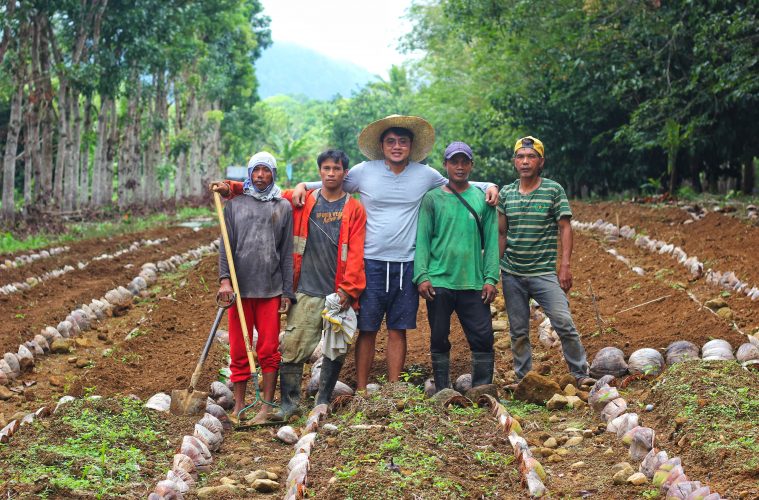 Jerick J. Clerigo (in the middle) together with the 4 out of 15 farmers of JC Agri Farm.

In some families whose livelihood is farming, parent-farmers normally train or encourage their children to participate in farming activities at a young age. However, farming is not everyone’s choice. This farmer was an exception.

Jerick Javier Clerigo, 27, admits that he wasn’t fond of farming when he was younger. “I was being encouraged by my parents to engage in farming activities, but I really disliked farming.” Clerigo discovered his interest in farming after he dropped out at Ateneo De Davao University. He says, “I felt lost, thus, I tried finding my purpose in life. I started by taking a business course that was not precisely related to farming.”

Little did he know that this first step towards finding his purpose would be beneficial to him soon after. He graduated from Notre Dame of Kidapawan College, and from there, he was given tasks to manage their family farm where his interest in agriculture grew and developed. 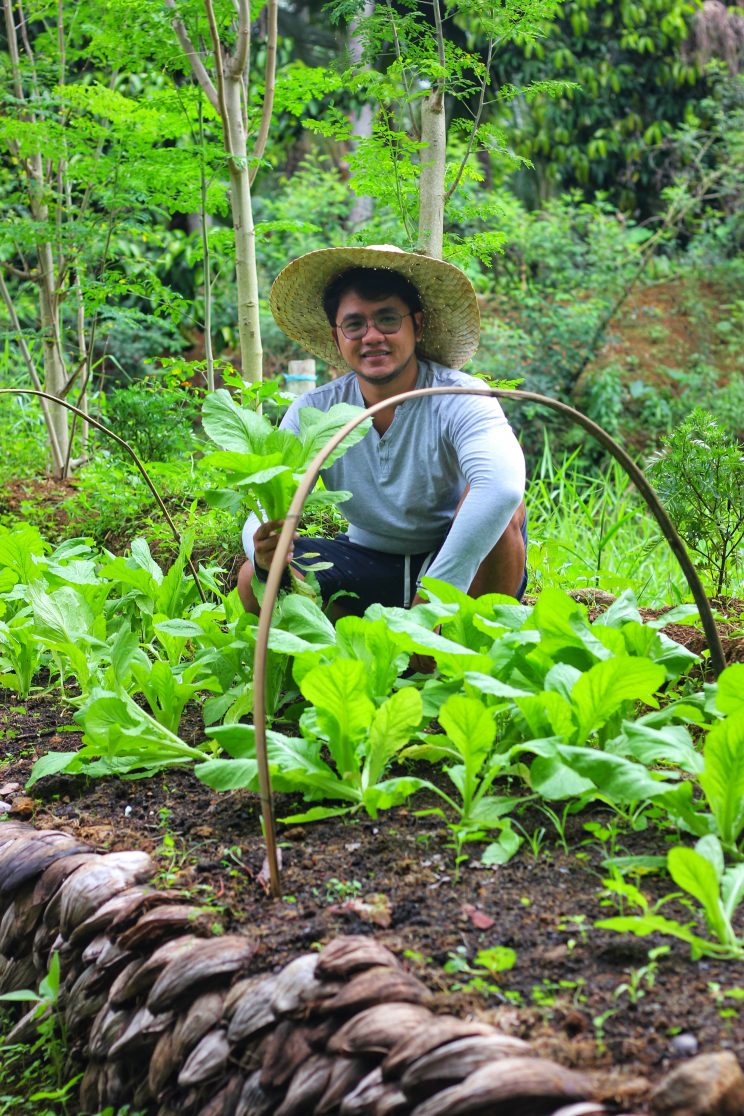 “I inherited the land I currently own. The majority of the lot I now manage is still under the ownership of my parents, but they put me in charge so I can showcase my potential,” said the farmer.

Today, Clerigo runs his own 2.1 hectares as well as the 28-hectare property of his parents. As a graduate of Business Administration Major in Marketing, he also gets to apply his knowledge in marketing on their farm business.

Their farm is known as JC Agri Farm, named after his father’s initials, which coincidentally matches his initials, too.

Aside from running the farm, he also does extra work on the side. “I do delve in sidelines from time to time like selling bamboo straws and value-added products such as ice creams that derived from the farm’s crops,” said Clerigo. 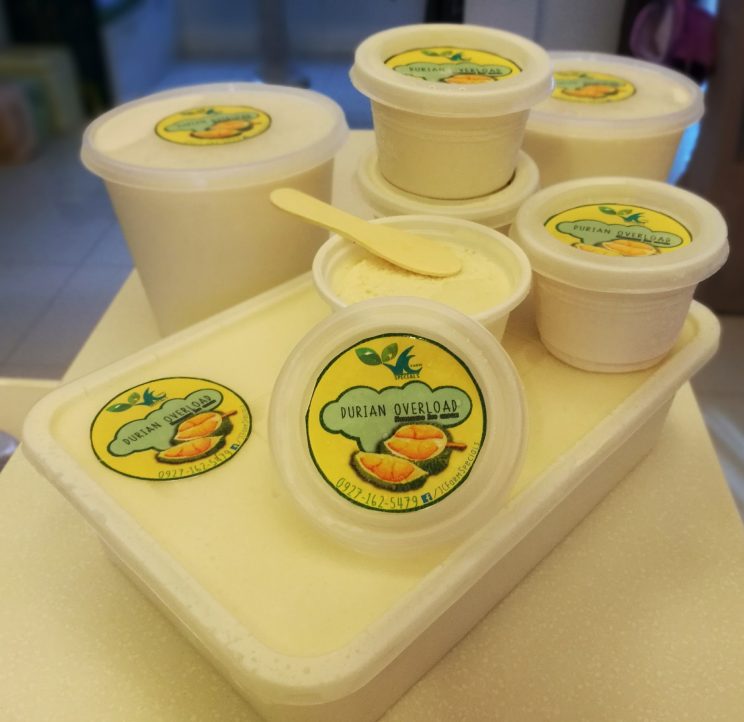 They also have value-added products like this durian ice cream, which starts at P25.

JC Agri Farm is located in the province of Cotabato, which Clerigo started managing in October 2015. The main crops on the farm are banana and rubber. When asked why, the farmer said, “These crops are valued in our city. Our family is traditionally banana growers. Moreover, the soil profile of our lot suits these specific crops.” To date, they have about 5000 banana trees and 3000 rubber trees. They particularly grow the lakatan variety of banana and PB 260 rubber. 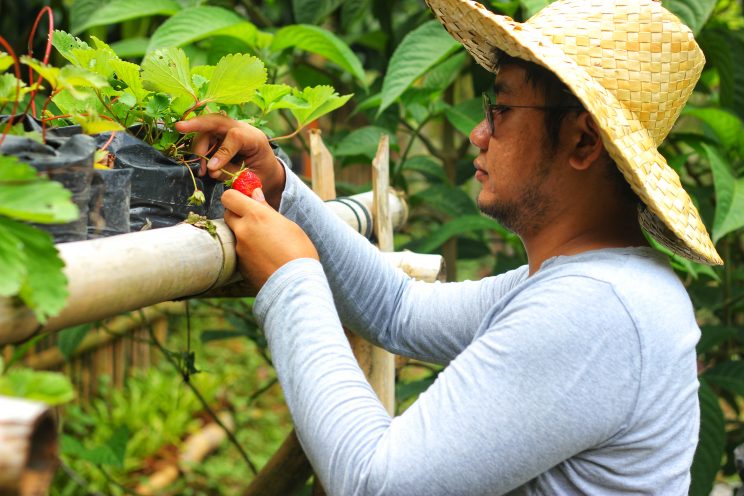 Strawberry, one of the high-value crops on the farm.

The farm’s harvest period occurs every third quarter of the year. During the season, banana fruits are collected every 15 days. For rubber crops, harvest depends on the maturity of each tree. In some cases, gathered rubber crops are kept for them to dry and to be sold when the price hikes. Every harvest, they’re able to gather and sell about 1,500 to 2,500 kg of bananas and 800 to 1000 kg of rubber per month. 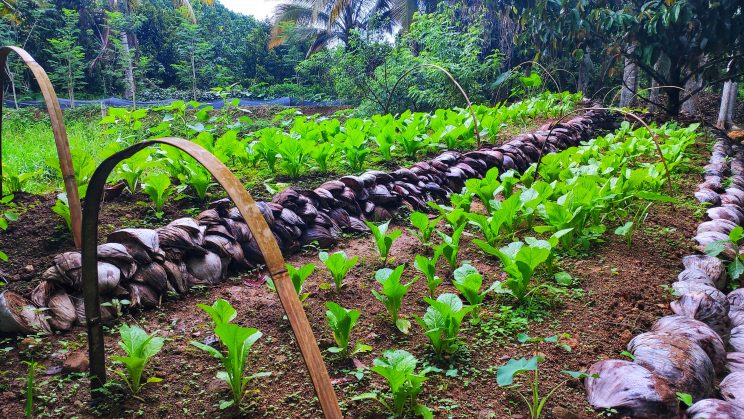 Mustard (mustasa) crops that are in the trial phase. As per Clerigo, he’s currently testing if the farm is suitable for growing high-value vegetables.

The farm produce is sold in their area, while they also set some harvests for the family and workers’ consumption. Because of the farm, the family gets to save half of their average daily consumption, which he opts not to disclose.

Clerigo shared that most of the banana crops are sold to loyal and trusted buyers whom they’ve done business with for several years. The said buyers resell the bought produce nationwide. 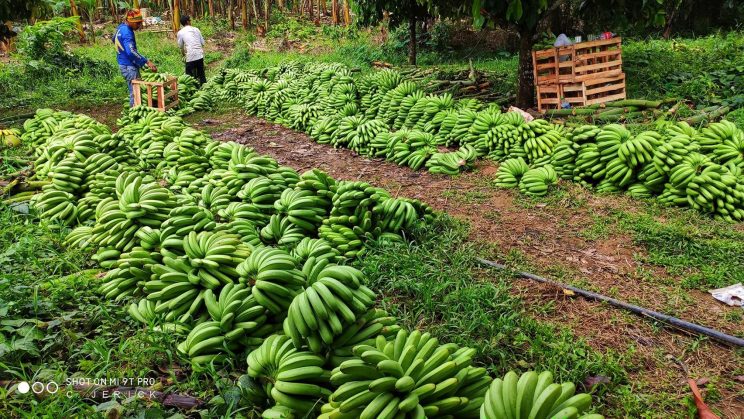 Some of the farm outputs.

They currently market bananas for a farm-gate price of P1000 per bunch. The prices of other crops vary depending on the demand and season. They also make value-added goods from the farm crops such as durian ice cream that costs P25 per cup and bamboo straws for P100 per set.

In those five years of running the farm, the young farmer felt the challenge of communicating and relating with his farmers. “There was a gap in understanding them at times. I had to understand the troubles that my farmers were going through to maintain the quality of our workers. There was a constant effort to gain the trust of my farmers so that they would perform well. But I learned that it was crucial to treat them as my own. I had to treat them as individuals rather than mere workers,” said Clerigo.

When he was starting, he only had two helpers: one for his 2.1-hectare lot and another for the 28-hectare lot of his parents. Now, they have 15 workers on the farm. The farmers get free food, shelter, electricity, and water within the lot. They also have the freedom to grow their desired crops that they can sell for extra income.

Fortunately, their barangay has been COVID-free despite the virus being widely spread locally. This allowed them to continue maintaining and operating the farm without significant changes. “The maintenance of the farm has not been significantly affected. The community is not too exposed to crowded urban areas,” Clerigo added. Their routine on the farm still continues, but the farmer indicates that people who visit the farm are required to wear masks. 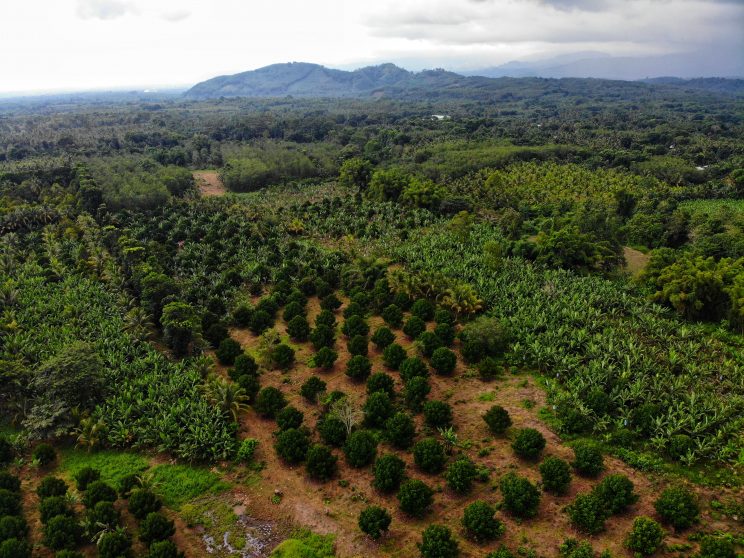 In these trying times, he encourages more people, especially the youth to go into farming. “The importance of farming must be emphasized such that it benefits not only themselves, but to the development of the country’s economy.”

In the future, this young farmer aims to turn JC Agri Farm into an agri-tourism site where interested individuals can visit the farm to learn agriculture.