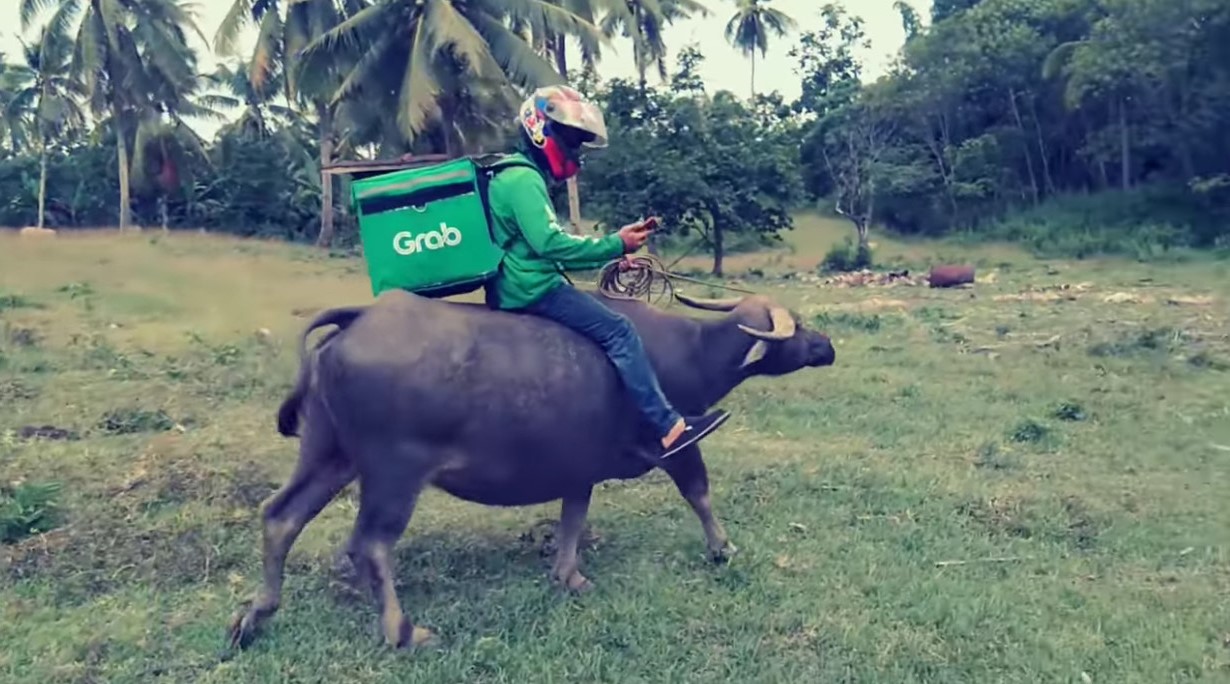 Many people heavily rely on delivery services these days. And when we talk about reliability, one dedicated rider will exceed your expectations as he travels not only the roads, but apparently, the fields, too!

On a video clip posted online, it showed a GrabFood rider in Davao City named Jovan Montoy in his delivery uniform. But of all modes of transportation, his’ is the least expected – it’s a carabao. On the reposted video that reached thousands of viewers, the caption wrote, “Kahit bukid lalakbayin, maihatid lang ang inyong order na pagkain. (I will reach even the farms just to deliver your food orders.)”

See it for yourself:

Montoy, the man in the video, shared that it was all for fun and that he had already finished delivering orders when the video was captured. The rider added that the carabao he rode on is owned by his co-rider. At that time, they had come from a birthday party, but because it was difficult for them to pass through the muddy road, they used the carabao instead of their motorcycles. Montoy used to be a farmer before working as a GrabFood rider, which is why he knows how to ride the water buffalo, too.

Whether a smooth or a muddy journey, salute to all our delivery riders and farmers!