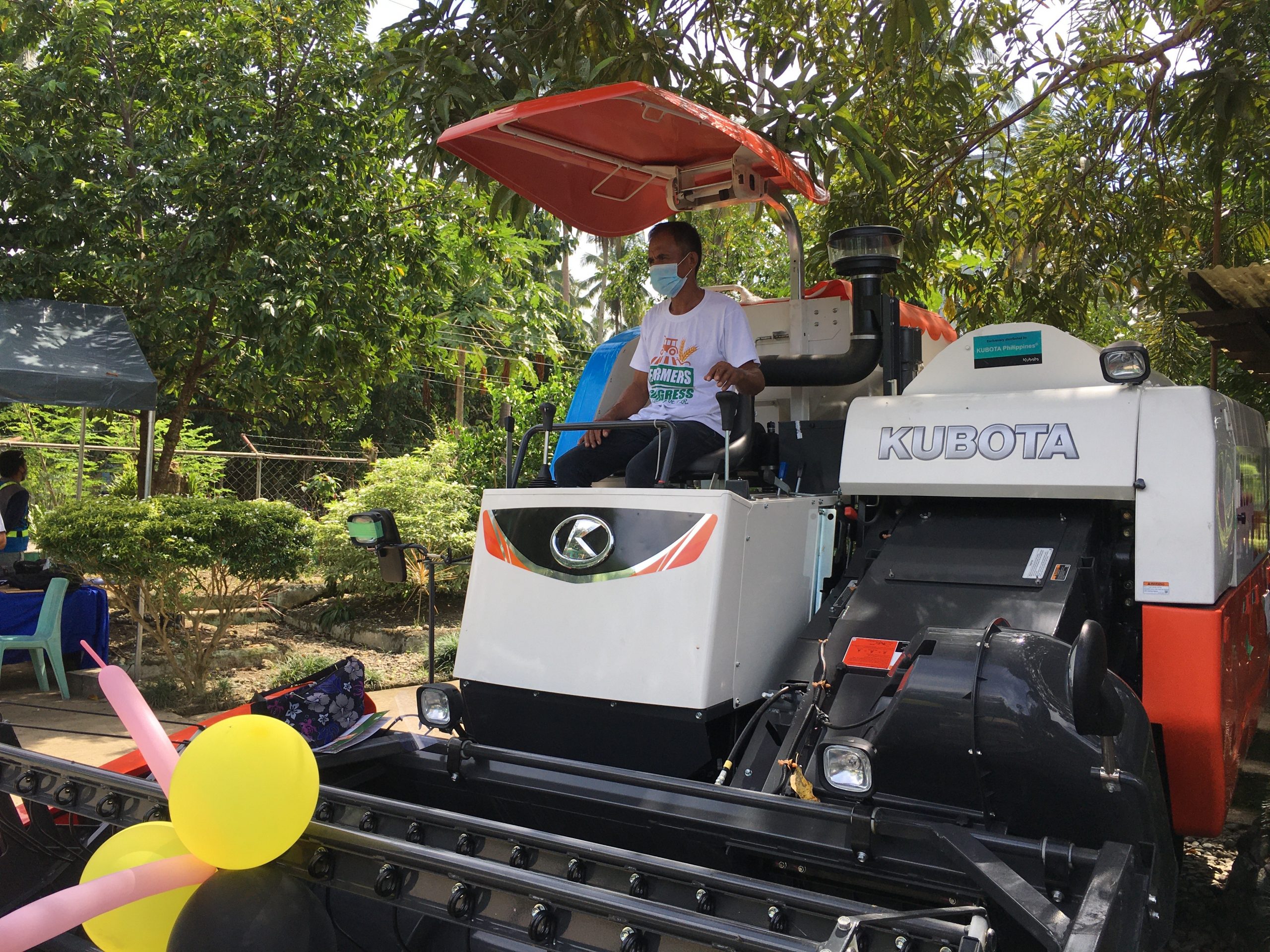 Top regional officials of the Department of Agriculture (DA-Caraga) led by Regional Executive Director Abel James I. Monteagudo (3rd from right) turn over P79.7 million worth of agricultural machineries. (Photo courtesy of DA 13-PIO via Mike U. Crismundo)

BUTUAN CITY – Despite of the threat of the coronavirus disease (COVID-19) pandemic, the program of the Department of Agriculture (DA) did not hamper the implementation of its farm mechanization program for the benefit of thousands of farmers in Caraga region.

In fact, last week, regional officials of the DA 13 led by Regional Executive Director (RED) Abel James I. Monteagudo personally led the handover of farm machinery and equipment amounting to P79.7 million to different rice-based farmers’ and irrigators’ association in the region.

Aiming to raise rice farmers’ profitability and competitiveness through the use of mechanization technologies in the region, the DA-Philippine Center for Postharvest Development and Mechanization (PhilMec) through the Rice Competitive Enhancement Fund (RCEF) Mechanization Component turned over the said agricultural machineries to rice-based farmers’ association held at Barangay Taguibo, this city on Thursday, Aug. 20.

The Taguibo IPM Irrigators Association also received 1 Four Wheel Tractor and 1 Combine Harvester. The Sto. Nino Multi-Purpose Cooperative also received 1 Precision Seeder. The province of Agusan del Norte serve as the pilot beneficiary from the region, and this will be followed by a turnover ceremony in different schedules for the provinces of Agusan del Sur and Surigao del Sur.

Agusan del Norte Gov. Dale B. Corvera graced the ceremony expressing his interest and support towards the development of agriculture sector in the region.

“I see this as a competition for the development of the economy of our region since we are blessed with an agri-based Caraga region. And what we can do about it is to invest more in agriculture, we invest in our farmers. That is the reason why we created a program called ‘Agusan Up’ which focuses on the development of the agriculture sector in our region,” the provincial chief executive said.

“I’m glad that the mindset of our farmers changed through the years,” he said.

Governor Corvera also stressed the importance of agriculture education in the region to further progress the agri-based region.

“I hope that our future generation here in Caraga will eye for a progressive agriculture sector by studying agriculture related education. Especially to the farmers who have experienced technological advancements, they should encourage their children to continue what had been started,” he added.

RED Monteagudo also reiterated the upholding of Sec. William Dar’s 8 paradigm, that through the RCEF, mechanization, budget, and legislative support are applied.

“I am sure that with these farm equipments at your hands now will be a big boost to your farm production despite of health crisis that we are encountering now, and the government will continue assisting you,” he region’s top DA 13 official pointed out.

He also added that these advancements will prosper, and will continue to help our farmers. 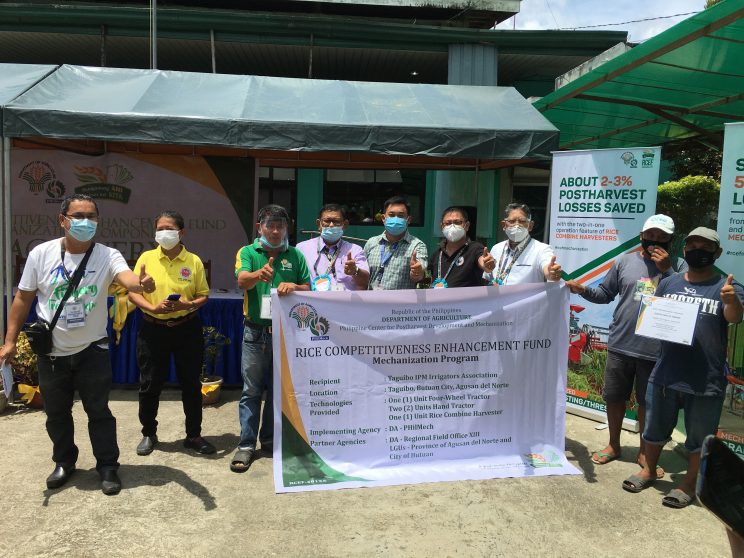 Some of the machineries given to selected rice-based farmers’ association in Northeastern Mindanao or Caraga region during turnover ceremony held in Taguibo, Butuan City, on Thursday, Aug. 20. (Photo courtesy of DA 13-PIO via Mike U. Crismundo)

PH halts chicken importation from Brazil due to COVID-19 threat