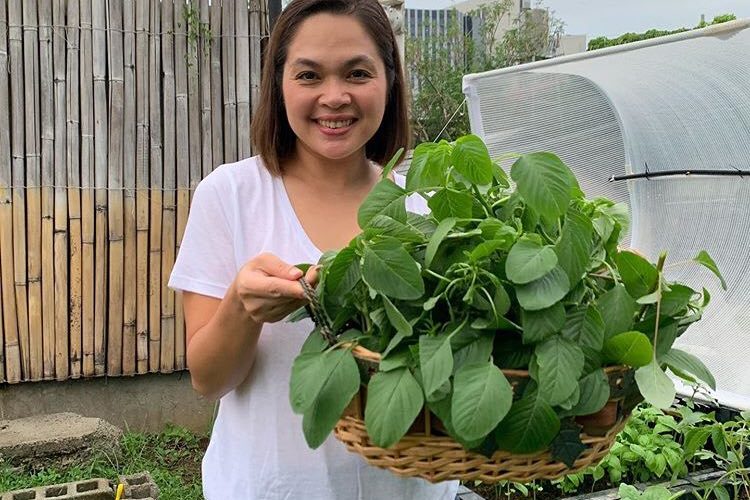 By Patricia Bianca S. Taculao
Photos from @officialjuday on Instagram

Many Filipinos know Judy Ann Santos-Agoncillo, or Juday, for her roles in television series such as Mara Clara and Krystala. She is also known for her work in movies such as Ploning, Kasal, Kasali, Kasalo, and Mindanao, for which she won the award of Best Actress during the 2019 Metro Manila Film Festival (MMFF).

Recently, Juday has acquired a new recognition, and it’s not for her work in front of the camera. In fact, you could say that she went down and dirty for her role as a certified ‘plantita.’

The term ‘plantita’ or ‘plantito’ is Filipino slang that refers to a person who cares for plants as a hobby or as a source of food.

“I’ve always wanted to start planting but I didn’t have enough time before,” the actress shared during a webinar from the Agricultural Training Institute (ATI) that promotes a garden-to-table concept.

“During one of my shoots in Bonifacio Global City (BGC), I saw a Vegepod and I thought that this could work since the soil around our house is mostly rocky. Plus, we’re looking for alternatives to use for our house in Batangas since we live near the shore,” Juday said. 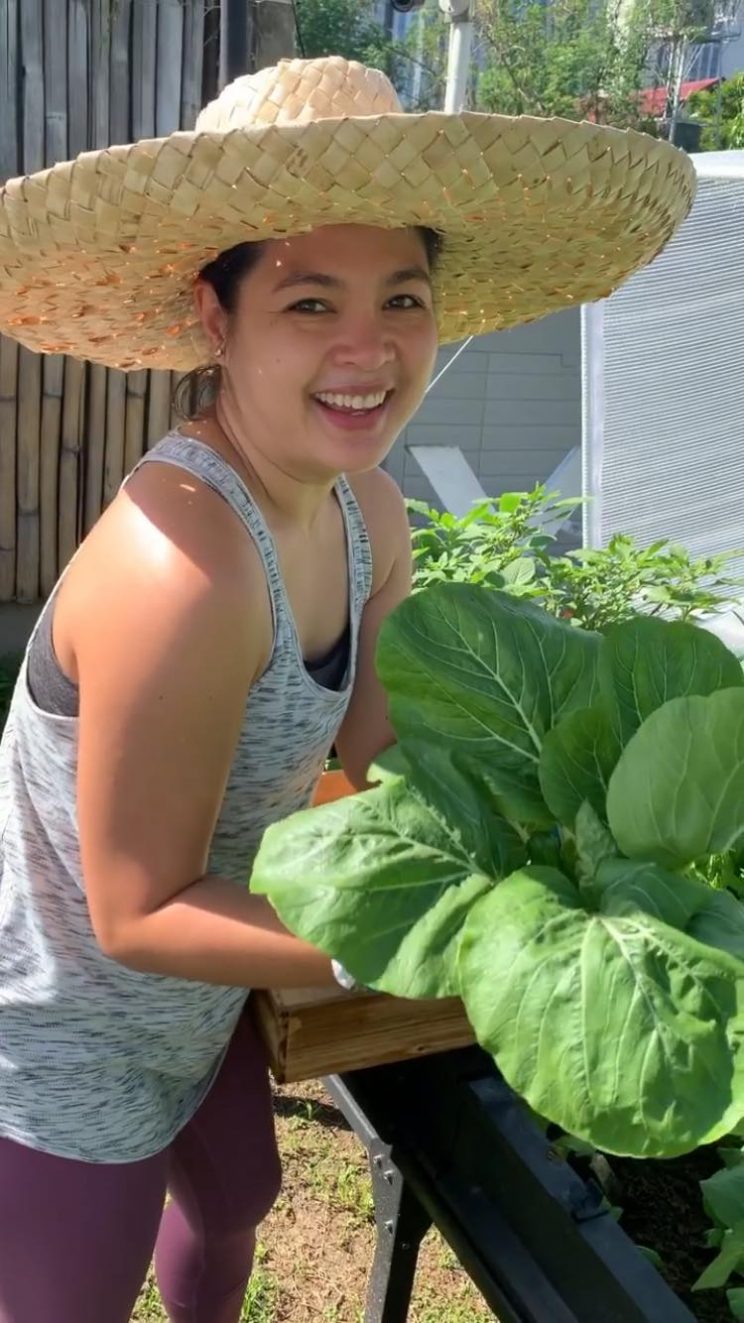 The actress has been growing her own vegetables to create a sustainable source of food for her and her family.

Vegepod is a raised garden solution which allows its users to grow vegetables in not so ideal locations.

(Read more about Vegepod here: I started a backyard farm with no knowledge about gardening – here’s how I did it)

By the time the quarantine was imposed to prevent the spread of COVID-19, the renowned actress and mother of three received a Vegepod as a gift from her manager. 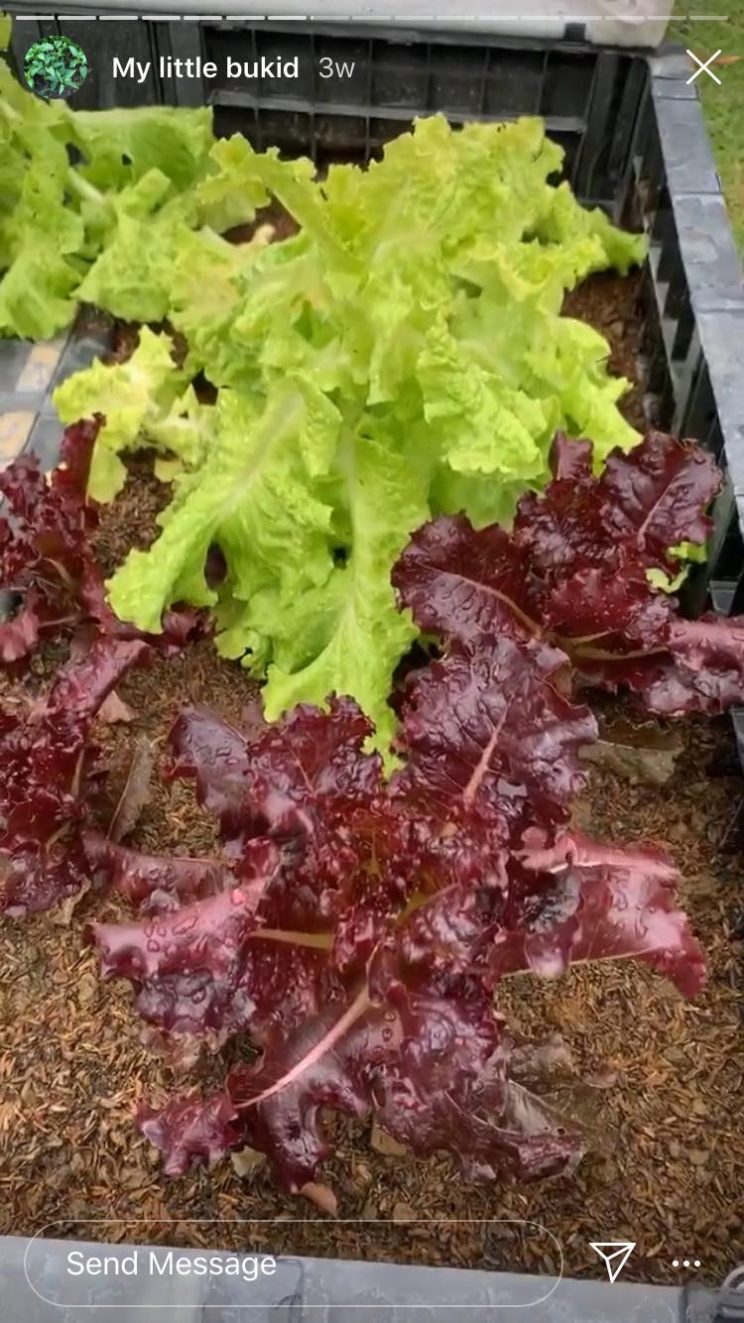 Red and green lettuce growing in a Vegepod.

Seeing that this could be the start of her gardening venture, she bought three more units.

“I had more time on my hands because I’m always at home and I still managed to get supplies. Plus, there’s this realization that our current situation might take longer than expected,” Juday said.

With Vegepod units at her disposal, Juday has the opportunity to grow vegetables right in the comfort of her own home.

“It wasn’t easy and I experienced some failed attempts. Fortunately, an angel of mine here in the house (referring to one of their housekeepers) is originally from the province so she taught me how to properly care for my plants,” the actress said.

One of the things that she learned is how to space the seeds from each other.

Seed spacing is the process of identifying how far apart seeds should be planted from each other to make sure that their roots can get the enough space to grow in.

Although a Vegepod has a specific measurement, seed spacing is still important whenever possible because it helps reduce competition for sunlight, conserves water, and ensures that each plant gets the maximum amount of available nutrients among others.

Other things that Juday learned along the way is how to control pests, when to water plants, where’s the best place to locate plants for the right amount of sunlight, and the nitty gritty of planting to ensure success. 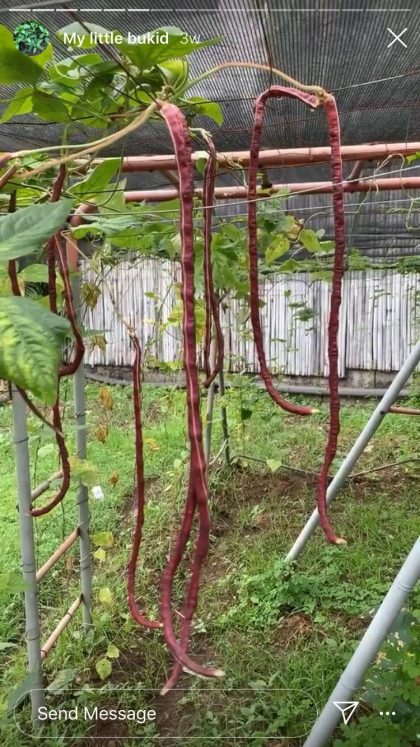 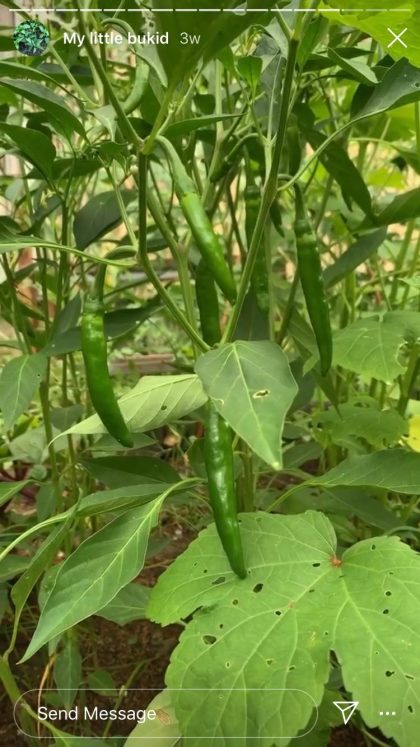 Some of the other produce that grows in Juday’s backyard.

Having become a plantita only recently, Juday admitted that she faced some challenges in her vegetable garden.

“One particular plant that I consider hard to grow is cilantro because I started planting 10 of these only to have two grow–which are already barely hanging on!,” the actress said.

Still, she persisted despite facing challenges such as pests in her leafy greens and failed attempts in growing plants.

“In facing planting challenges, and in most things, we should research solutions and be open to suggestions from others since each gardener has different perspectives on how to deal with their problems,” the actress said.

She encourages gardeners, especially beginners, to never give up even if things seem hard and nothing seems to be growing.

As a mother and celebrity chef

Juday has also established herself as a celebrity chef with her cooking channel known as Judy Ann’s Kitchen. As a gardener, she can use the vegetables that she grows in her recipes.

“There was a time when I had an abundant harvest of basil because I planted a lot of it. I managed to make all kinds of dishes that involved the herb in them,” she said.

Usually, these dishes are what Juday feeds her family. As a wife to host and actor Ryan Agoncillo and mother to three children, Johanna Louis, Juan Luis, and Juana Luisa, Juday has to make sure that her food is safe to eat.

“I don’t want to use any chemicals at all in gardening; it should be as organic as possible. I don’t mind if they don’t look as good as what many expect, as long as I’m sure that my vegetables are safe and natural,” she said.

Another thing that Juday enjoys from her gardening experience, aside from having the satisfaction of growing food, is that her children have the chance to learn from gardening and they’re actually enjoying the activity.

“They’re very excited whenever we harvest from our garden. An added bonus is that they eat more vegetables–the vegetables we grow there,” she said.

She hopes that someday, she can move on to growing some challenging vegetables such as squash and root crops.

“I’m slowly learning the basics of how to grow these crops like how much sunlight do they need, where they should be planted, and more,” the actress said.

Judy Ann Santos-Agoncillo shares her garden’s progress in her Instagram account (@officialjuday) and hopes to encourage others to start gardening so they too can reap its benefits.

To watch the full video of the webinar on garden-to-table, visit the Agricultural Training Institute on Facebook.