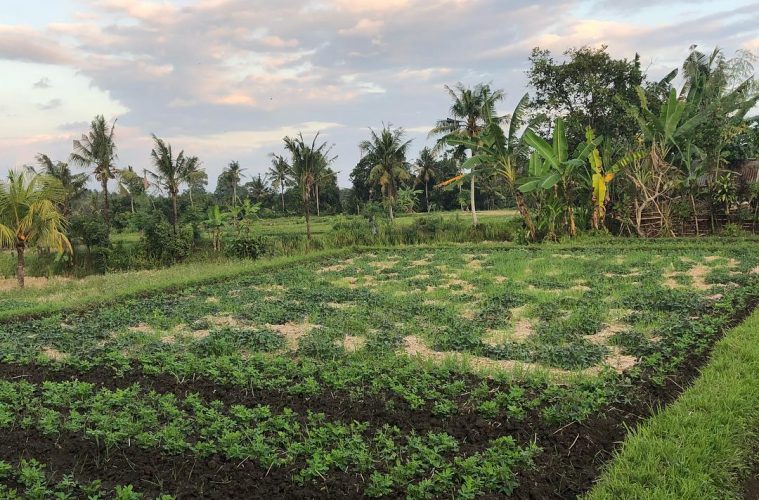 It is no secret that parents want only what’s best for their children. This can manifest in many ways such as giving them quality education, providing them with emotional support, or even investing in fresh food options to secure their health.

For partners Jenny Blancaflor and Mau Lopez, they too want only what’s best for their daughter, who used to suffer from atopic dermatitis (eczema), a common skin condition among children that causes the skin to be red and itchy.

In May 2015, both Blancaflor and Lopez had just acquired 3.9 hectares of farmland, which they later named as Aianah’s Little by Little Integrated Farm, in Polonuling, Tupi, South Cotabato. 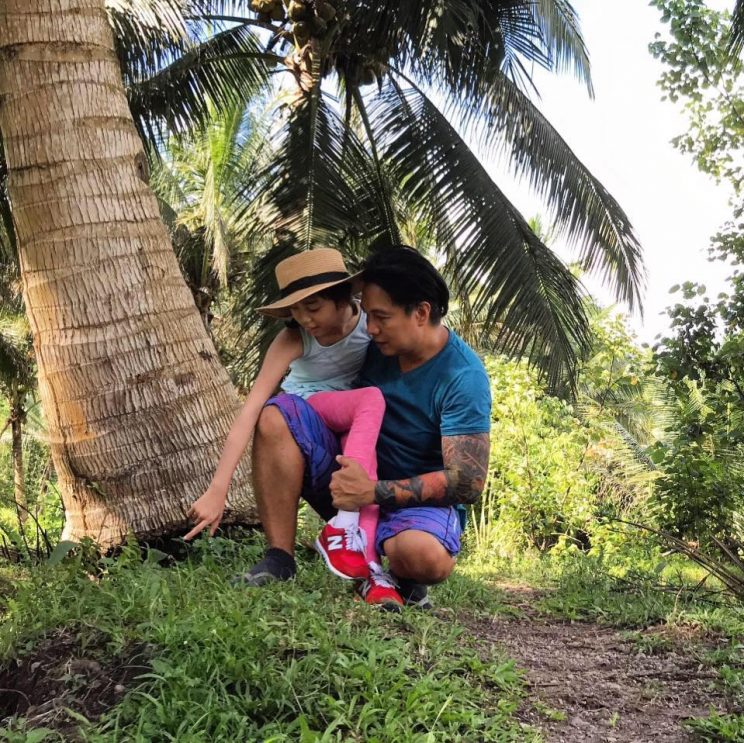 Mau Lopez with their daughter who they got the inspiration of following natural farming principles.

“For a year, we allowed the previous land owners to plant corn, and we shared the profit after harvest. It gave them time to transition and us to learn,” said Blancaflor, a yoga teacher and wellness coach.

But after one planting season, they realized that monocropping wasn’t profitable and if they wished to retire soon, they needed to find a better idea for their source of income. At the same time, they were also researching for a way to manage their daughter’s skin condition.

“We learned that poultry and dairy can contribute to flare ups. That gave us an idea to research poultry farming. Additionally, we are also becoming more aware of how conventional farming can cause imbalances in our health and environment,” Blancaflor said.

The couple ended up buying a flock of Rhode Island reds and Australorp chickens. The two are chicken breeds known for being layers that produce quality eggs.

“Initially, we raised that in my parent’s backyard and moved most of the chickens to the farm after three months because of its growing number,” Blancaflor said. 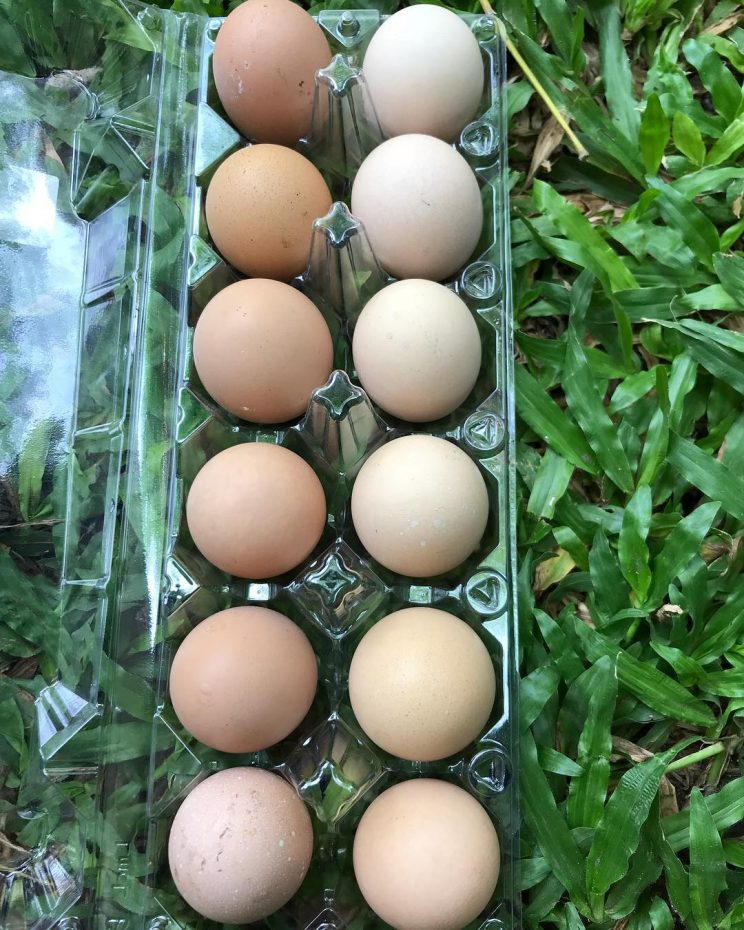 Their layer chickens produce antibiotic free eggs since they are raised in a chemical-free environment.

By then, Blancaflor and Lopez already had 60 pullets, or young hens, which they raised as naturally as they could. Some chickens were grass-fed in a contained area in their farm while others were housed in mobile chicken tractors to allow the land to recover from grazing.

After the couple established their progress with layers, they wondered next if it was possible to grow broiler chickens, which are raised for meat purposes, the natural way too.

“This way, we can help many parents like us who want to feed their family the healthiest food available,” Blancaflor shared.

Broiler chickens are designer chickens that can only grow in certain conditions and are not as hardy as native or free range type chickens. Nevertheless, the couple started growing broiler chickens in a natural farming system suggested coop. 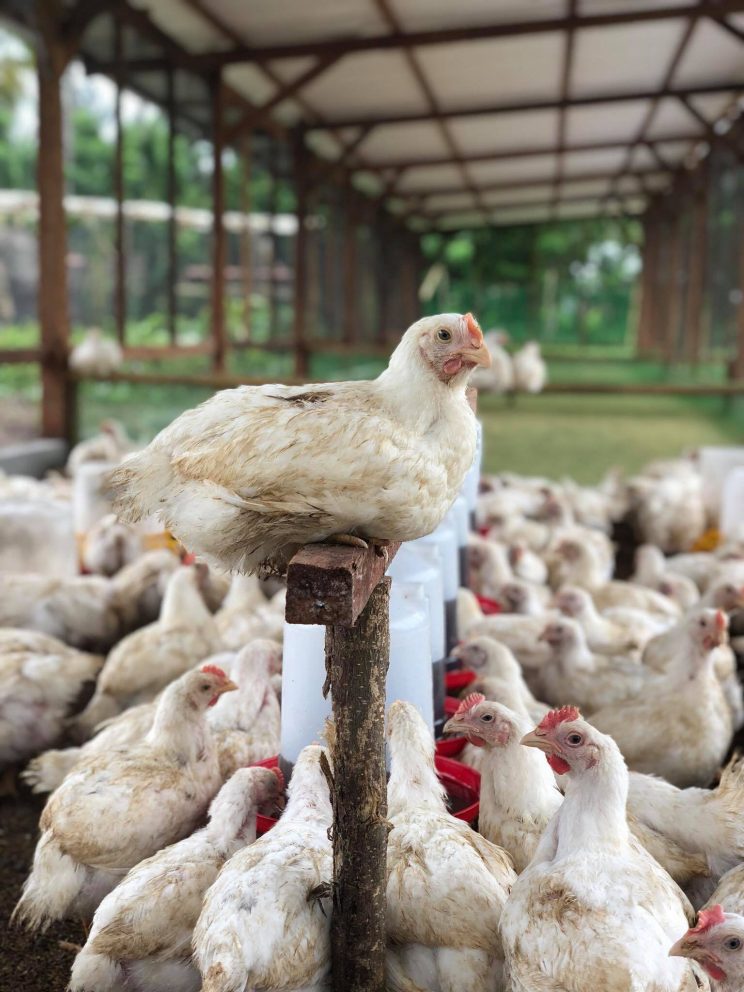 Eggs and poultry are the main produce of the farm where about 1,000 sq.m. are dedicated to raising chickens.

From there, Lopez, a retired mechanical engineer who used to work for multinational companies worldwide, innovated and created a mini version of tunnel vents since he and Blancaflor had difficulty in finding reliable farm hands while maintaining a well-organized management system for their poultry.

“With this innovation, we are presently able to grow 16,000 broiler chickens which are fed with probiotics but are raised antibiotic free. These chickens are safe for our daughter and the only chicken our family eats,” Blancaflor said.

Because they were able to provide a safe food source for their daughter that didn’t trigger her eczema, not to mention offer this kind of meat to other concerned parents, the couple were inspired to open up their farm and teach natural farming to interning high schoolers.

“If we want to leave an impact, why not influence the younger generation, right? There are some who are seeking our mentorship and we are more than happy to help them,” Blancaflor said.

In part 2 of this article, Blancaflor recalls how they acquired their farm, the practices of natural farming that they follow, and the other produce that grows in Aianah’s Little by Little Integrated Farm.