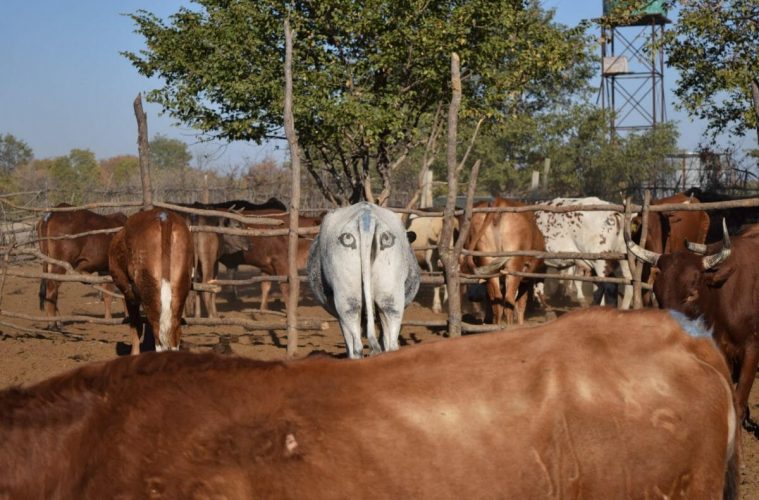 Paint eyes on cows’ behinds to keep predators away

A cost-effective, yet crafty, way of keeping cows safe from predators is by painting eyes on the cows’ behinds.

This simple trick is called the “i-cow” solution and it involves applying acrylic paint on the bums of cattle using foam stencils that look like a sketch of an eye. The eyes trick certain predators like lions and leopards that try to sneak up on the livestock because they are deceived into thinking that the cattle can see them.

It was Neil Jordan, a conservation biologist and lecturer at University of New South Wales in Australia, who came up with the solution.

His idea was born a few years ago when he was based in a village in rural Botswana doing conservation work. There he saw locals kill lionesses who were preying on their cattle. But since the number of African lions have decreased over the years, he wanted to come to a non-violent solution where both cattle and predators can coexist.

Although the method showed positive results, Jordan says that it still wasn’t a sure solution as there could be isolated cases that can prove otherwise.

Nonetheless, the conservation biologist hopes that the “i-cow” solution can be widely used to at least reduce predator attacks and promote coexistence between livestock and predators.