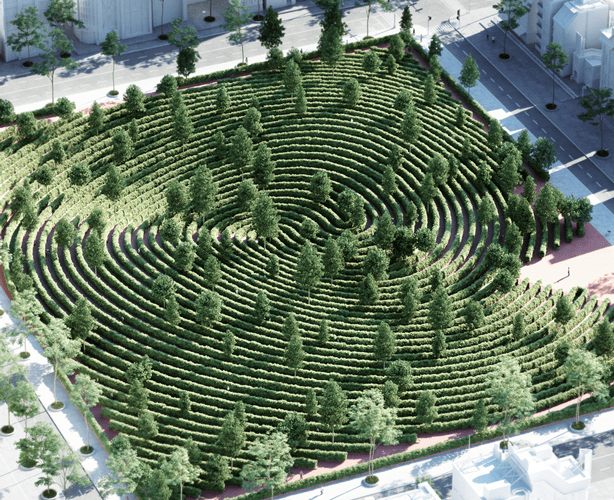 Although many of us are longing to unwind and to get some fresh air outdoors, going out is not a walk in the park like what it used to be, not only because of fear of the virus, but also due to restrictions set by authorities worldwide.

In Vienna, an architectural studio proposed a design for a garden where urban residents can immerse in nature while staying safe amid the pandemic. Parc de la Distance is patterned like a fingerprint and is similar to a maze park that was inspired by French baroque and Japanese Zen-gardens. The idea started with a few questions from an architect named Chris Precht about the crisis and its impact to public spaces. With this, their team came up with a concept and used social distancing as a design guideline. 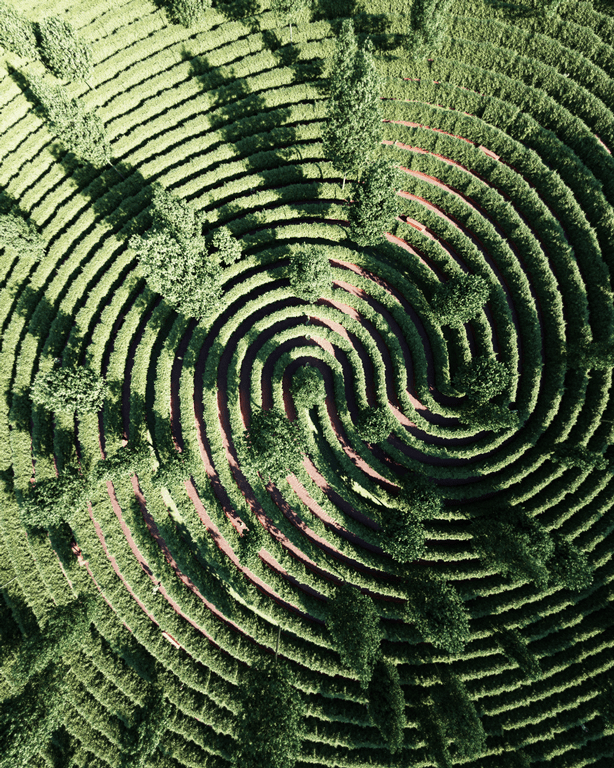 A maze-like concept of an urban park made by an architectural studio based in Vienna, Austria.

Walking in Parc de la Distance, a labyrinth with various routes and hedges measuring three foot (90 cm) wide, will take visitors for about 20 minutes to finish roaming it. Each track includes a gate and an exit that will determine if the specific area is free or occupied. Inside the park, guests are visually separated through the hedges to observe physical distancing. Despite this, people won’t feel entirely alone as they will still hear footsteps of others from the other routes because the paths are made of red granite gravel. When you reach the middle, there are several water fountains where visitors can stay hydrated. The park is also a great location to reflect while hearing the sound of water coming from the fountains. 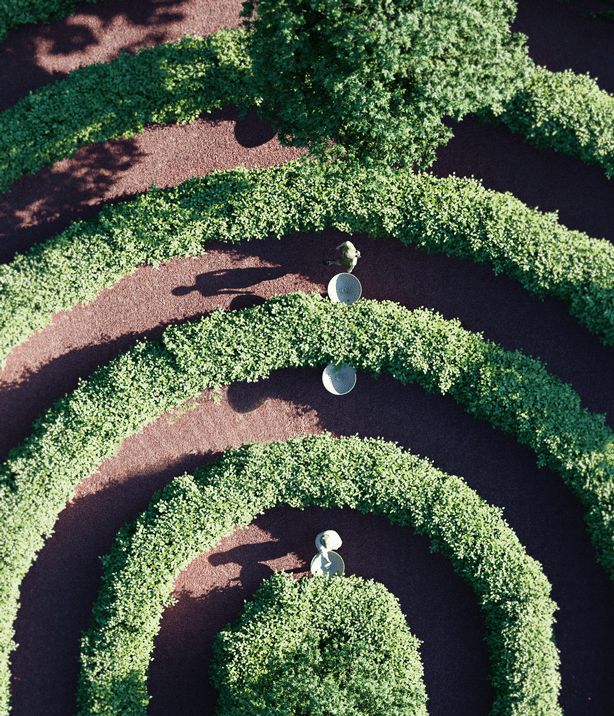 Fountains found in the core of the garden where people can quench their thirst.

It can be a place for refreshment even for claustrophobic folks, as the hedges do not have the same height, which means everyone can still have a view of the outside while roving around the enclosed garden.

Parks like this can still serve its purpose to immerse people in nature even after the world weathers the virus. This will also help urban dwellers escape from the hustle of the city without having to go far.