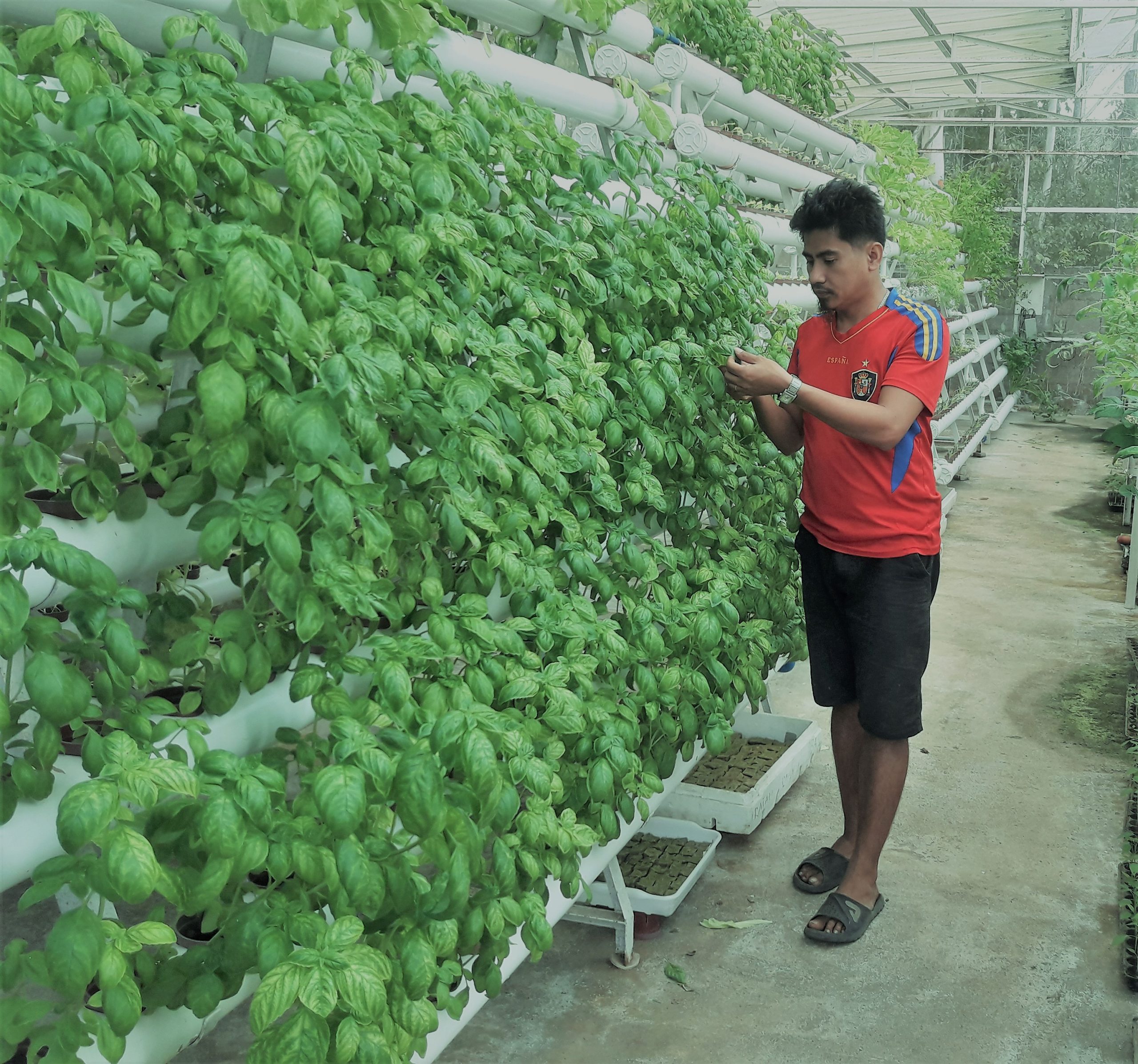 Zennor Hydroponics Farm decided to go the soilless route because of its many benefits.

There are many techniques in farming that cater to the different growing conditions that farmers have to deal with. For example, there’s the use of natural inputs to produce healthy and chemical free food.

For Rafael Lardizabal Pagaling, founder and owner of Zennor Hydroponics Farm in Palauig, Zambales, the niche for him was soilless farming.

“In April 2015, we bought a plot in Zambales that was supposedly to be put up as a private kindergarten school. But we ended up farming instead. We planted hundreds of dorset mangoes, rice, vegetables, as well as [raising] some chickens and a carabao,” Pagaling said.

However, his interest in farming has diverted from the conventional way when he became inspired with the European way of growing food. 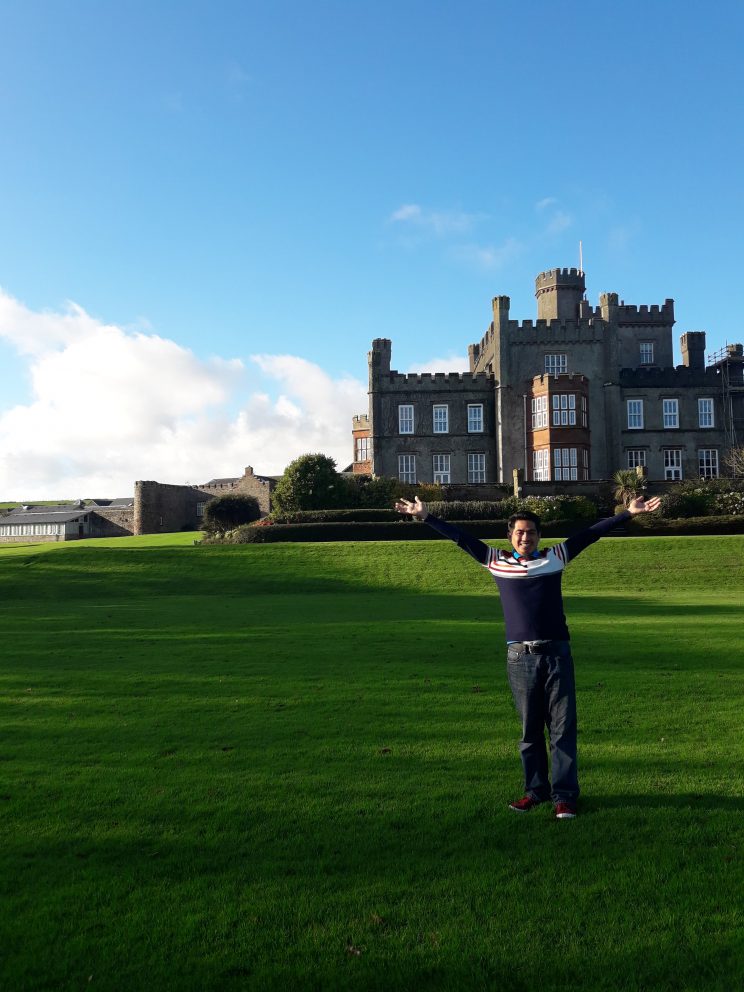 Over the course of 2015, Pagaling visited different farms with David Robert Parsons, a British national, in the United Kingdom and other countries in Europe where he learned as much as he could from other farmers. By the end of the year, he met Marilou Stromgren, a Filipina nurse based in Zambales at the time.

“She introduced me to an Italian who we decided to call Mr. Pino. He was working in Indonesia as a hydroponics consultant and installer. We exchanged ideas and some of the knowledge that I gained during my travels,” Pagaling said.

By 2016, Pagaling began hydroponics farming and he asked his three brothers, Rene, Michael, and Jonathan to help start building a greenhouse measuring 12 by 14 feet that can hold 700 green leafy vegetables and 72 fruit-bearing vegetables. 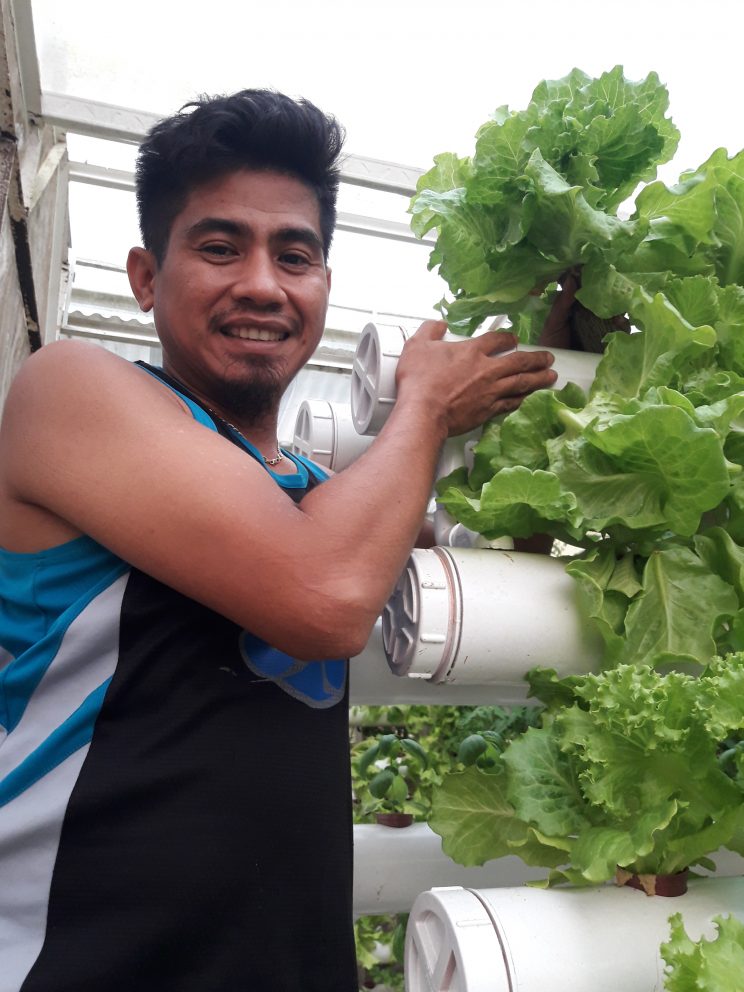 Upon his return to the country, Pagaling had a greenhouse constructed to accommodate the growth of 700 green leafy vegetables and 72 fruit-bearing vegetables.

Pagaling added that he started with second-hand styrofoam boxes, 20 jam jars, and other materials available on the farm to create the greenhouse because Mr. Parsons is a vegetarian and it inspired him to create a sustainable source of food.

“I was so excited to name our farm despite the fact that the greenhouse is still ongoing construction. I went to the Department of Trade and Industry (DTI) to register the name I chose: Zennor Hydroponics Farm. It was inspired by a small remote village called Zennor in Cornwall, England. It is situated in the hilly area near the sea. And I was inspired with the name of its unique characteristics of the place and it has plenty of history on it,” Pagaling explained.

Finally, the DTI granted the farm its name and Pagaling also registered it as a small-scale farming business. However, the challenge was just about to start for Pagaling as he tried to find the right approach to hydroponic farming.

After a few months of trial and error and applying some of the knowledge that he learned from his travels abroad, Pagaling’s harvest improved and they managed to harvest for their personal consumption while the leftovers were sold to their neighbors.

“Our very first customer is Mrs. Carolina Apino, a retired public school teacher. With the support of friends and acquaintances, I started to post our products on social media and in a few minutes after posting, there were so many orders wanting to purchase our veggies. That encouraged me to plant more and more,” Pagaling said.

In 2017, Pagaling decided to add another greenhouse to cater the demand from online marketing. This time, the greenhouse was constructed with an area of 25 by 45 feet to accommodate 3,840 green leafy vegetables and 100 fruit-bearing vegetables. 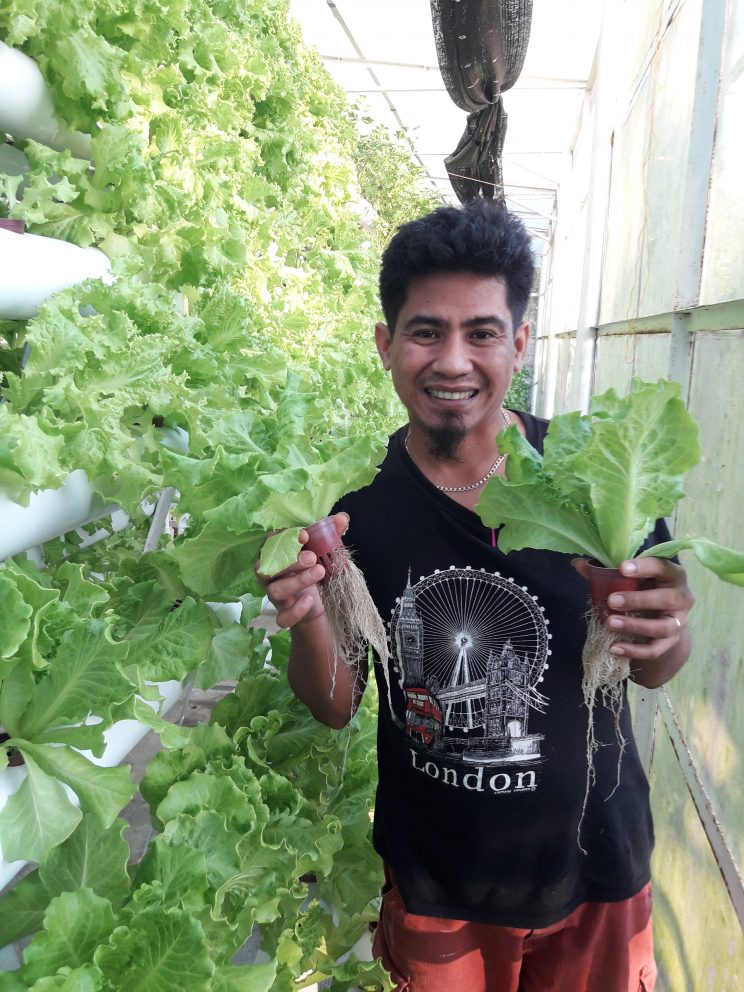 Two years later, Zennor Hydroponics Farm was certified by the Agricultural Training Institute as a Learning Site for Agriculture (LSA). It has also become a member of the Central Luzon Farm Association Inc.

“We accept individuals and groups who are interested in this kind of farming industry. We provide seminars and training that will lead them towards a sustainable way of life and an innovative source of livelihood,” Pagaling said.

Just last September, the farm owner had a third greenhouse with an area of 135 square meters established to accommodate a total of 800 plants. It uses a Dutch bucket system to grow English cucumbers, red okra, tomatoes, eggplants, cantaloupe, and ampalaya.

The benefits of hydroponic farming

Having traveled to different countries that have innovative hydroponic systems, Pagaling applied most of what he learned in his farm which now practices more than three systems such as the Dutch bucket system, wick system, and NFT (or nutrient film technique) system.

(Read about the hydroponic techniques that the farm uses here.)

Pagaling asserts that there are numerous benefits in implementing these practices aside from being able to grow a large number of plants in a limited space and without the use of soil. 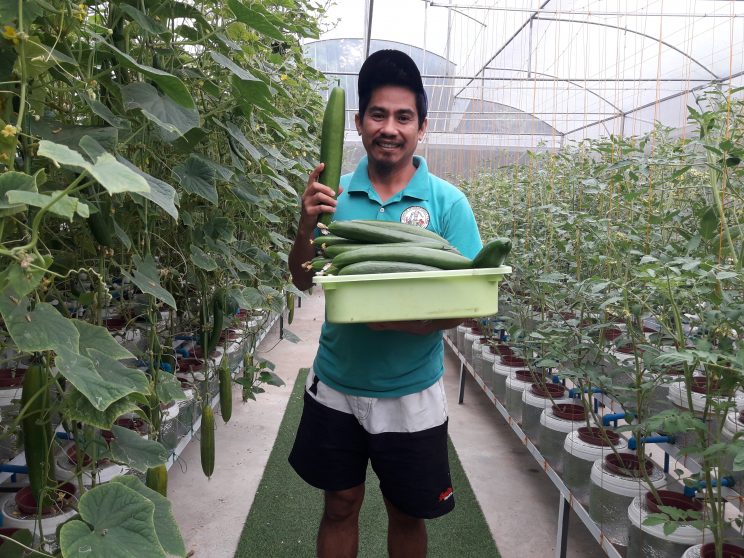 One of the vegetables that Zennor Hydroponics Farm boasts of is their English cucumber.

“It’s more environment-friendly than conventional farming because hydroponics uses less amounts of water and refrains from applying using fertilizers and insecticides due to growing crops in an already controlled environment,” the farm’s owner said.

Another benefit of going the soilless route is that it generates more income as it barely requires manpower to maintain the plants while also generating 20 to 25 percent more produce as compared to conventional farming.

Pagaling shared that they harvest 350 to 500 packs of lettuce weekly. Each pack contains 150 to 200 grams of lettuce and is sold for 50 pesos per piece.

Moreover, the greenhouse concept promotes year-round growth rather than waiting for the right season to grow particular plants.

“In fact, almost everything can be grown following the hydroponic method. We have rice and corn on the farm as well and we also have orchids as well as root crops,” Pagaling said.

Even though he is enjoying the various advantages of growing plants hydroponically, Pagaling hopes to share the farming technique with others so they too can experience the joy of farming without the arduous work present in the conventional way.

Zennor Hydroponics Farm also offers installations of hydroponic systems to interested parties. These systems are customized to fit the different needs of their clients, whether it’s for small or large-scale production, or if it’s for an indoor or outdoor setting. 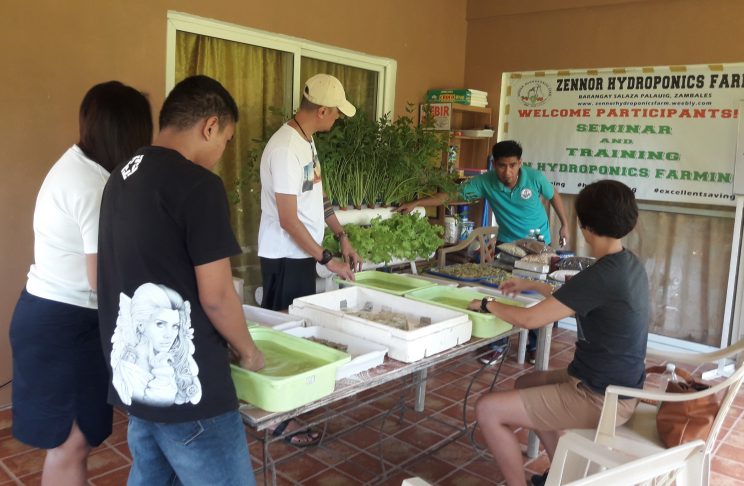 Aside from practicing hydroponic farming themselves, Pagaling and the staff of Zennor Hydroponics Farm also install systems to clients and teaches others about the technique.

“Based on my observation and experience, the Philippines is a country with one of the highest number of individual hydroponic growers. Unlike in Europe or the United States of America, they mostly depend on big hydroponic farms,” Pagaling said.

He added that the doors of Zennor Hydroponics are always open to those who want to learn about the trade and all are welcome regardless of race, age, and gender.

Tips on how to start your own hydroponic farm