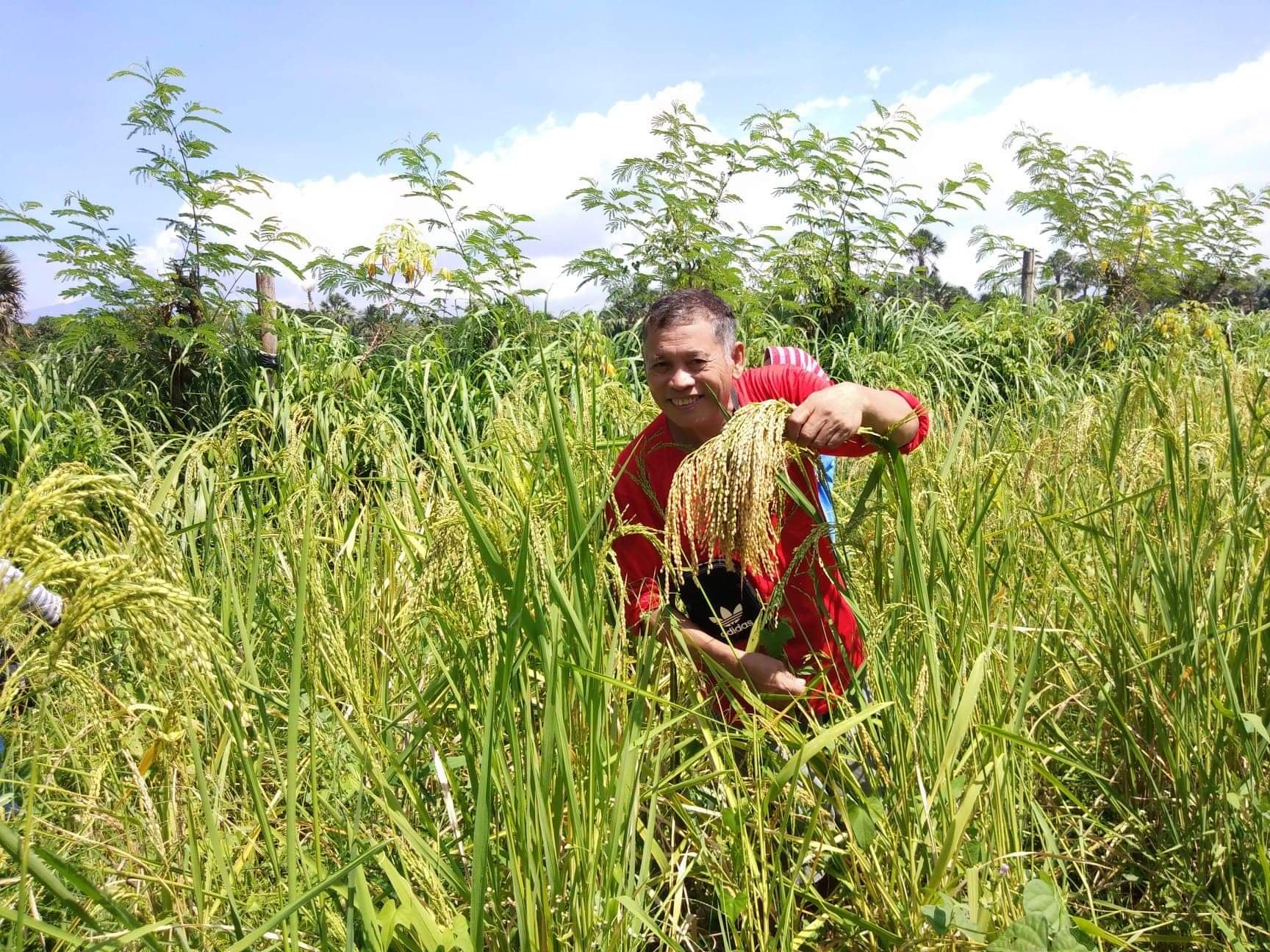 Ayag is all smiles while holding camuros, an upland variety of rice, on the farm. (Featured image from Ka Mulong's Farm.)

Romulo B. Ayag, or Ka Mulong as he is fondly called, owner of Ka Mulong’s Farm, had to go through a tough life to obtain the hard-earned achievements that he and his family now savor.

In Sariaya, Quezon, a total of 20,000 square-meter land covers Ayag’s farm. 3,000 sqm is designated for natural farming, while the remaining area is set for conventional farming. This 63-year-old farmer was able to purchase and develop a property from the money that he earned from a small restaurant, rice store, and from selling products like balot and animal feed. 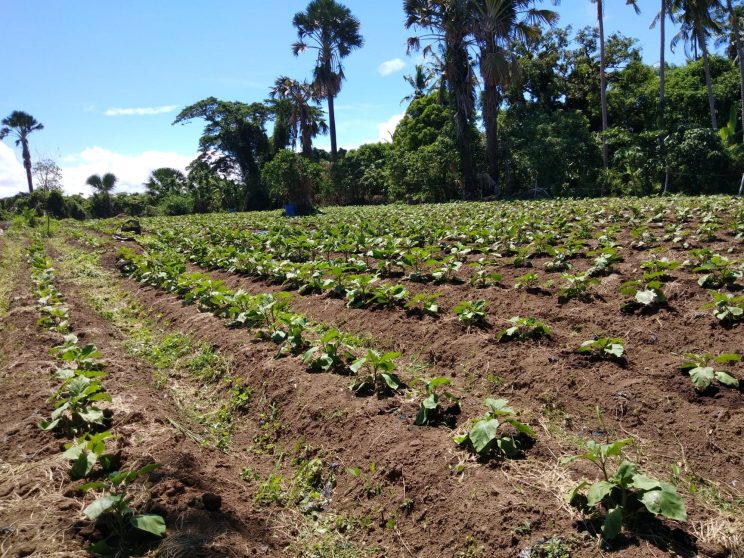 Ka Mulong’s Farm is a two-hectare farmland in Quezon that grows pinakbet veggies and among others.

Farm as the family’s bread and butter (then and now)

He says that due to poverty, he had to help his father in performing farm tasks at a young age. Owing to these experiences, Ayag had learned the basics of farming, which brought him to where he is today. 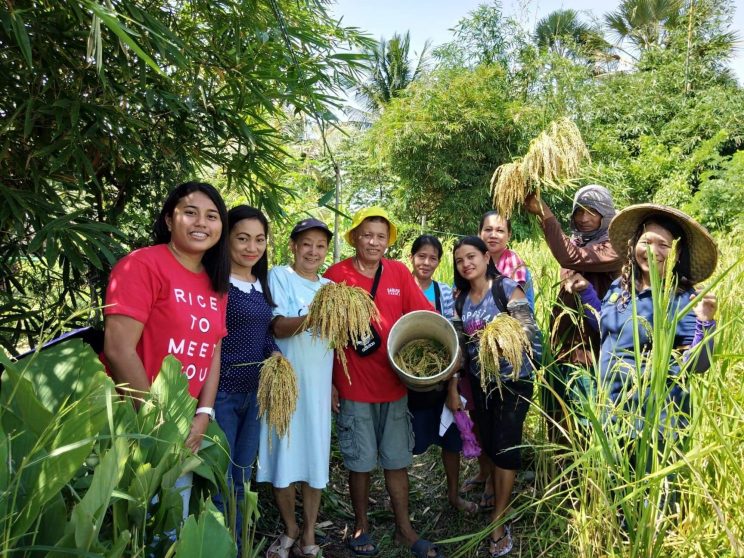 Ka Mulong’s farm is a TESDA-accredited training facility on Organic Agriculture Production NC II and is also an authorized school of practical agriculture by the ATI. Ayag has also won several awards and recognition through his farming years. In 2010 and 2013, he was a Gawad Saka Awardee in the category of Regional Outstanding High Value Commercial Crop Farmer.

Their family, along with two permanent farmworkers are from Lopez, Quezon. The farm currently has six farmhands. Ayag’s Farm supports the income of these workers and gets incentives from time to time too. The farmworkers also have the freedom to get any crops that they want from the farm for their own consumption.

Their key crops are veggies found in pinakbet like eggplant, string beans, okra, bitter gourd, squash, tomato, and kangkong. Other crops on the farm include red and green chili pepper, pechay, mustasa, spinach, cauliflower, broccoli, lettuce, corn, lemongrass, pak choi, ginger, camote tops, and some herbs like parsley, coriander, and basil. Some of the farm’s fruits that they naturally cultivate are guyabano, papaya, mango, and calamansi. All these crops are grown due to the abundance of the crop yields in the area. 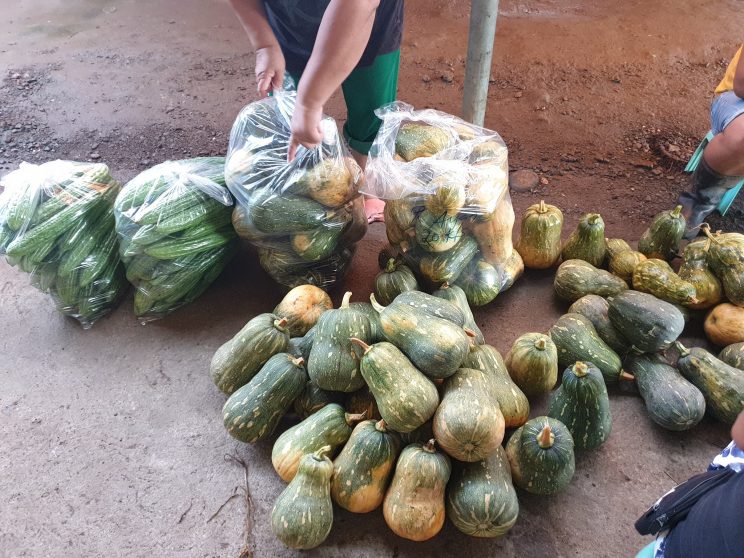 They use different kinds of concoction and foliar fertilizer once a week or when needed. The harvest time for the crops occurs every other day or twice a week and its prices vary depending on their demand. The produce is both for personal consumption and selling, too. Every month, they earn around P15,000 to P30,000 and save more or less P8,000 in food expenses because of the harvests. Apart from the crops, Ka Mulong’s farm naturally raises pigs, goats, ducks, cows, carabaos, and chickens. 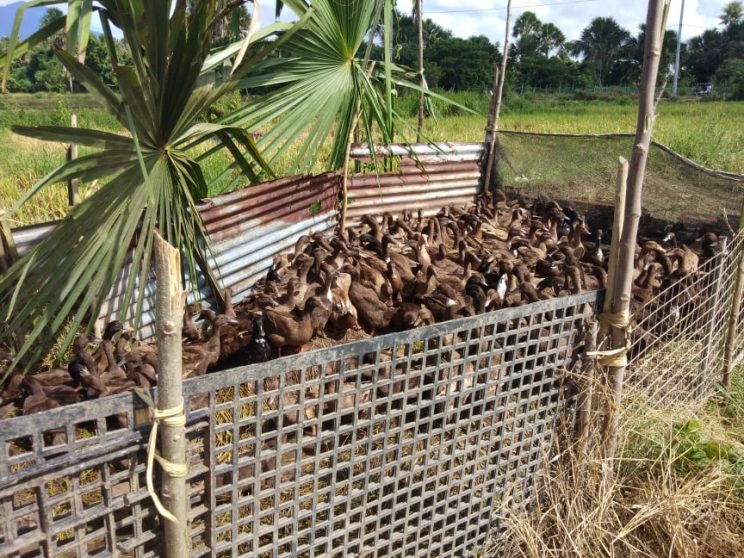 For their hogs, they feed them with rice bran, copra meal, soya meal, malunggay, and forage crops. They also add some concoction for vitamins and salt for minerals to the feed. The schedule for feeding the farm animals is set in the morning and afternoon. Snacks are also given to them.

Challenges on the farm

Climate change, pests, and the price of the crops are three major problems on the farm. To alleviate climate change, the farmer says, “I planted different kinds of trees like banaba, bamboo, mango, mulberry, and banana to lessen the heat from the sun.” For pests, they sowed insect-repellent plants like lemongrass.

They opened the farm to the public in 2009 and due to the community quarantine caused by the on-going health crisis, they had to close the farm temporarily. The current situation has also ensued changes to the prices of the produce and the numbers of their customers. As per Ayag, along with the decreasing buyers, the price of all vegetables has also dropped from five to ten pesos per kilo.

Ayag has shared four things that are crucial in agriculture, which he based on his experiences.

Land preparation. As per the farmer, testing of soil is a must before establishing a farm. The purpose of this is to know if the soil is acidic or not, which is crucial to know especially if farming for food crops. Once the soil is tested, that’s when you can prepare the plot for your crops.

Potting mix. Your mix should be a ratio of 1:1:1 that consists of topsoil, carbonized rice hull (CRH), and vermicast.

Knowledge in natural farming methods. To save money and to grow healthy and safe produce, one must also know the process of making natural fertilizers and pesticides. Ayag mentions that cultivators must apply concoction like fermented plant or fruit juice, indigenous microorganism (IMO), or calcium phosphate to their potting mix. Before transplanting, they should also use these natural fertilizers like CRH and coco dust one to two weeks prior, especially if the soil is too porous. Avoid using animal manure if they have not fully decomposed yet. 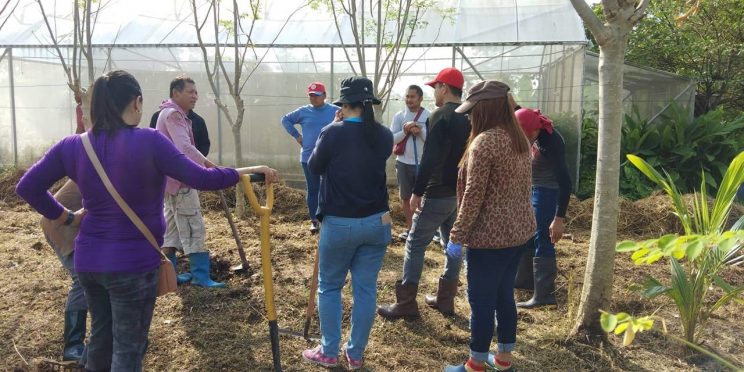 Photo was taken during one of the training on Organic Agriculture Production NC II that transpired on the farm last year.

Aside from being a learning site for other farmers, Ka Mulong aims for the farm to be an agri-tourism site in the time to come.

The advantages of buying fruits and vegetables online