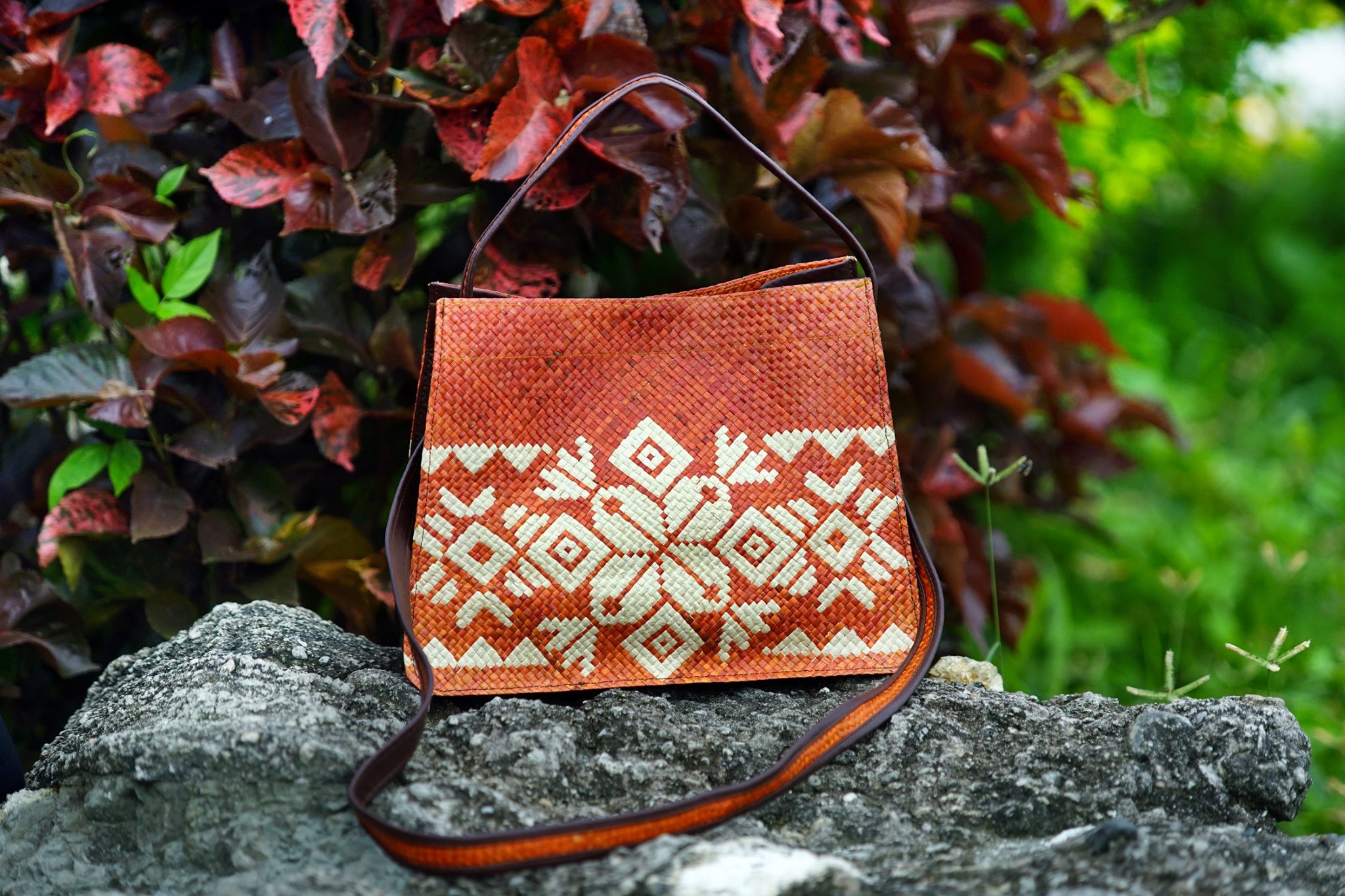 Weaving is a centuries-old tradition in the Philippines which is deeply rooted in the culture of many tribes and provinces, who each have their own particular pattern or style to tell their history or way of life. It has also become a source of livelihood for many communities.

Through weaving, they are able to make clothing, textiles, banigs (or woven mats), and other items with different materials.

One material used in weaving is indigenous grass. With an abundance of the raw material in the environment, it’s easy for locals to collect the material and eventually cultivate them for continuous use.

LARA, a local brand in Samar, intends to use the traditional art and process of weaving with indigenous materials to produce contemporary fashion and lifestyle creations. 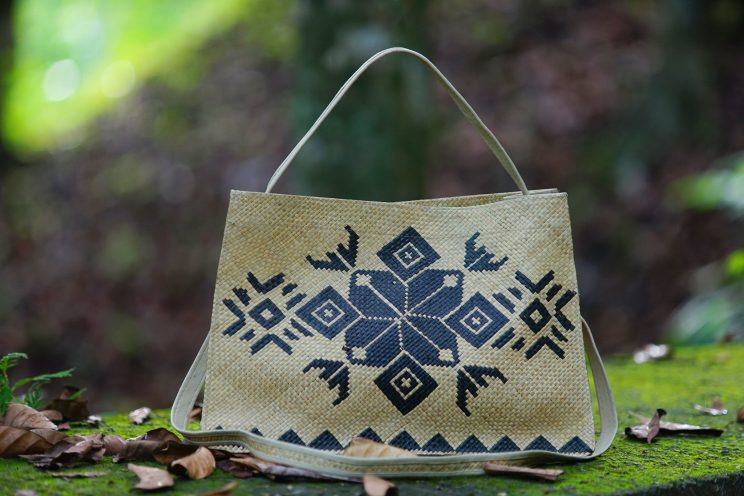 The brand’s name came from the Waray term of “to weave,” which best describes its function.

She added that the brand is a collaborative, passion project between Spark Samar, a tourism campaign meant to promote the beauty and culture of the region, the artisan banig weavers of Basey, Samar, and a pool of creative consultants.

Examples of their products include bags of all shapes, sizes, and functions, pouches, and wallets.

Indigenous grass as a key element

In making the products, LARA sticks to the custom of using indigenous grass that grows aplenty in the region. But aside from the usual buri (palm tree) or pandan leaves, the brand opted to use tikog grass, a jointless grass more sturdy than pandan or buri, which is dried and woven into different shapes and patterns.

Tikog, or ticog, is a special reed grass that grows in swampy areas along the rice fields. It acts like a sponge because it can hold higher volumes of water during the rainy season and release moisture into the soil during the dry season. 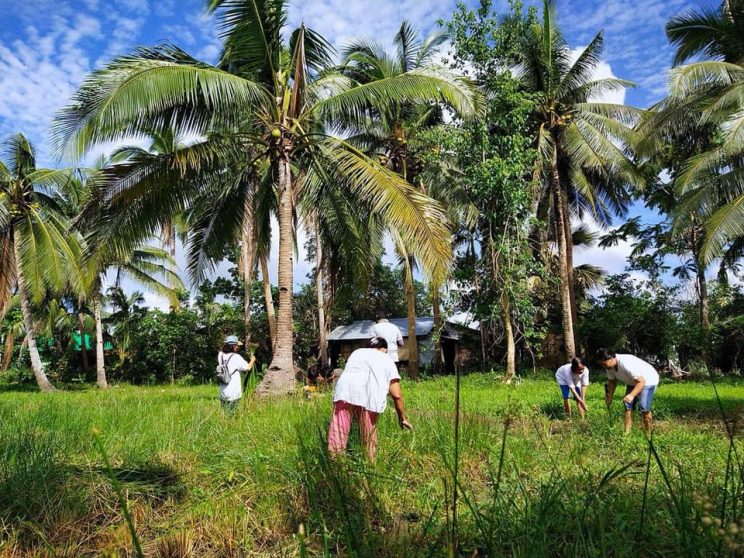 Tikog, or ticog, is a special reed grass that grows in swampy areas along the rice fields.

Banig weaving using tikog is a century-old craft in one of the oldest towns in the Province of Samar–the Municipality of Basey.

“Making a banig requires passion, artistry and a lot of hard work. Artisans from LARA Samar shared to us the procedure on how to make a banig,” Ramos said.

First, locals harvest the grass that matches the desired length to make a woven product. The grass is then exposed to direct sunlight until completely dried. Ramos explained that the drying process gives a shiny brown tone to the grass and strengthens the fiber as well. 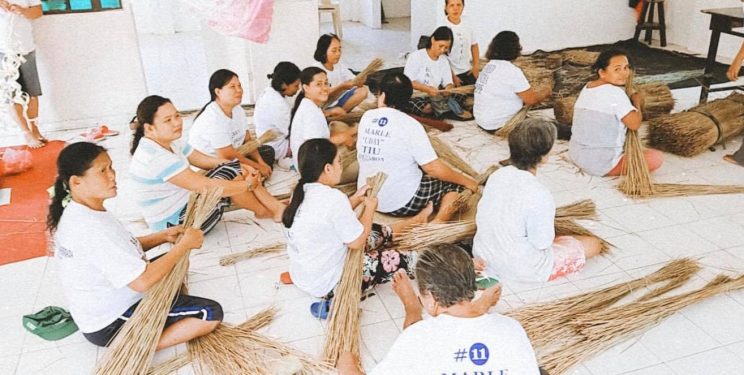 Next, the dried tikog is sorted according to length before being dyed with the desired colors needed to make intricate designs.

Lastly, the grass is flattened prior to undergoing the weaving process.

Since the reed grass grows in abundance in the swampy areas along rice fields, the weavers have no trouble acquiring the raw material, provided that these are given a clean environment to grow in.

Rebuilding a city through weaving

According to Ramos, LARA reinvents the traditional art of weaving, a century-old craft that is the lifeblood of one of the oldest towns of Samar – the Municipality of Basey. 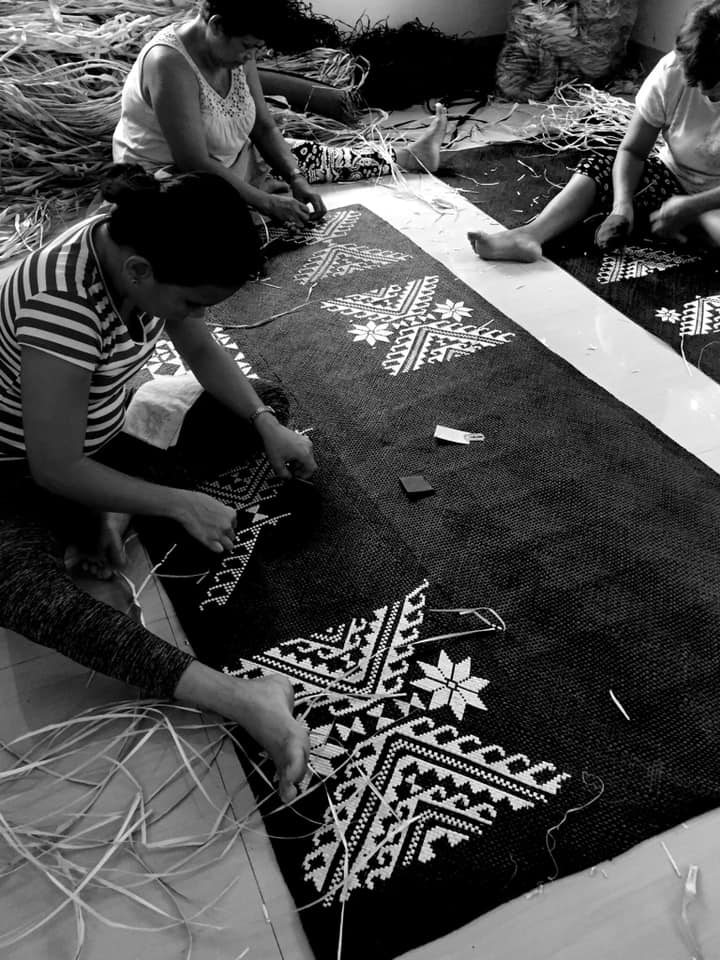 Intricate designs are made with special reed grass.

“The weavers draw inspiration from the changing times, while remaining grounded on the old ways. They have mastered how to tweak and tinker with weaving and patterns, transforming the banig into modern fashion and lifestyle pieces that pay homage to the evolving scenes of their day-to-day lives. No two pieces are exactly the same because each pattern has a different story to tell. Through the delicate weaving and intricate patterns, the weavers are able to translate their devotion to this art form,” she said.

LARA is the brainchild of Samar Governor, now Second District Congresswoman Ann Tan, along with Spark Samar, the tourism arm of the province.

“When Typhoon Yolanda ravaged the town, the Baseynon’s reinvented the banig as a means to rebuild their communities, transforming the lowly sleeping mat into bags, accessories and even home décor,” Ramos said.

After noticing the potential of the modernized banig, Congresswoman Tan gathered the four big banig houses of Basey and challenged them to come up with designs that could compete in the global, high-end fashion market.

The weavers took the challenge to heart, thus creating LARA which is a part of Spark Samar’s Development Agenda of uplifting the lives of those in the marginalized sectors of the province.

As a creative platform, the brand challenged the weavers of Basey to modernize the banig as a means to rebuild their communities after Typhoon Yolanda. Because of the support and encouragement given by Tan and Spark Samar, Ramos attests that the weavers have developed a deeper sense of confidence–design-wise.

“They are now twice as eager to innovate and push boundaries, transforming traditional woven products into contemporary pieces like bags, accessories, shoes and even home décor,” she said.

Presently, there are four collections in LARA. These are the Primera, Bulawan, Amon, Maqueda, Kinabuhi, and Heritage. 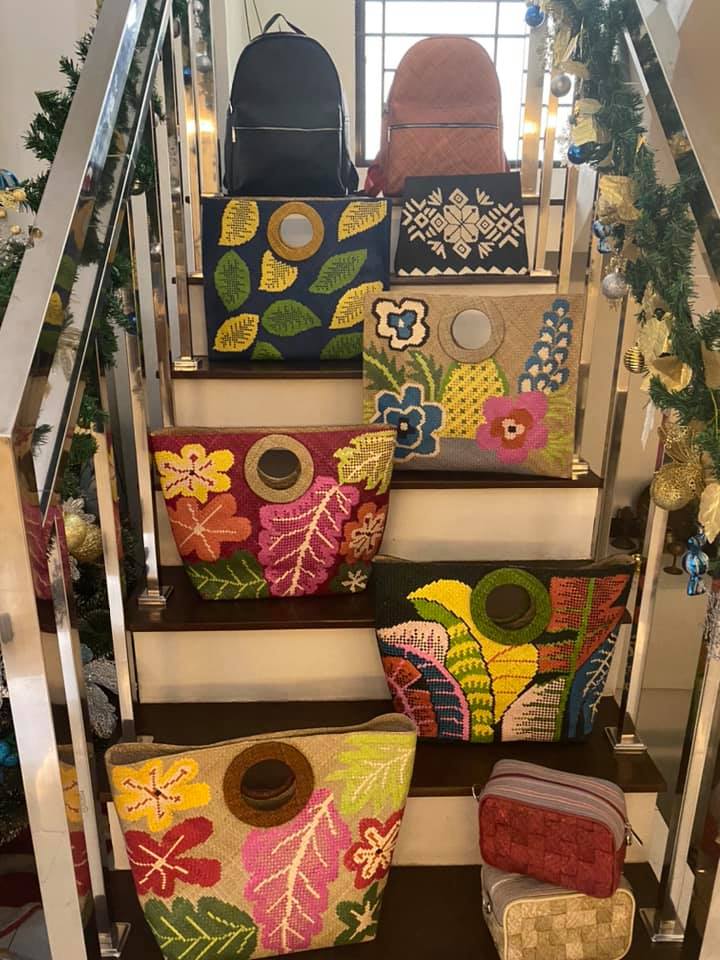 Presently, there are six collections under the brand with each one inspired by Samar’s culture and history.

For its first collection, the Primera, the brand featured colorful, leafy designs. But in Bulawan, the brand’s second collection, LARA takes inspiration from the pre-colonial patterns of the indigenous tribes in the Philippines.

“As an ode to our great Waray ancestors, century old prints on fabrics are reinterpreted on a new canvas-Samar banig. Bulawan in Waray means gold. LARA paints the season with luxury using metallic hues aside from the classic, natural colors,” Ramos said.

On the other hand, the Amon collection was influenced by the indigenous flora and fauna endemic in Samar Island which is then translated into the art of banig-embroidery.

Promoting the beauty and culture of Samar is also the theme for the Maqueda and Kinabuhi collections. The Maqueda collection is derived from Maqueda Bay, the fishing ground whose bounty feeds the capital City of Catbalogan and its surrounding municipalities. In the meantime, the Kinabuhi (meaning livelihood) collection showcases through weaving and embroidered symbolic images the livelihood and culture of Samar.

Lastly, the Heritage collection presents two types of weaving: Basey’s banig weaving and the textile patterns from the Kalinga province in the north.

“Together they form a fusion of modern tapestries on everyday bags that reflect both form and function while exploring the infinite possibilities of fusion weaves together,” Ramos said.