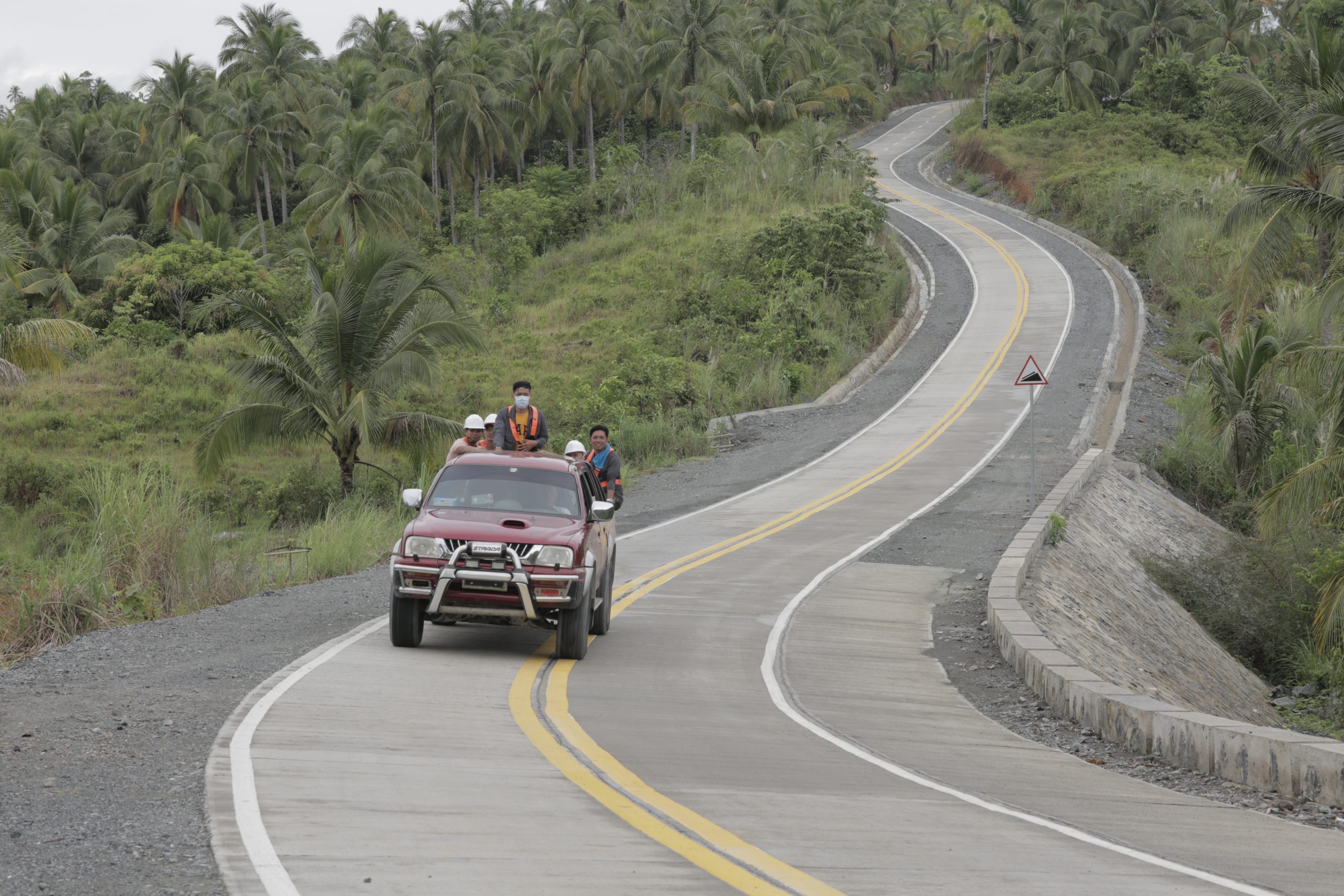 Shown in photo is the newly constructed far-to-market-road in the Province of Dinagat Islands where the DA-PRDP officials and the PDI officials inaugurated last week (DA-PRDP PIO 13/Mike U. Crismundo/Manila Bulletin)

“This new FMR will surely help our farmers and local businesses in that northeastern part island province in Caraga region,” the DA 13 regional spokesperson told The Manila Bulletin on Thursday.

The completed road concreting worth P109.4 Million is a joint project funded by the World Bank, the Philippine government and the provincial government of PDI.

The road covers three barangays: R. Ecleo, Maatas, and Upper Laguna with 794 household beneficiaries, 777 of which are farmers and fishers.

It also benefits 3,947 inhabitants of the said barangays and its surrounding communities.

It has given farmers easy access to the market in bringing their products like corn, cassava, coconut, fishery, and other local products with less cost and time.

Gov. Kaka Bag-ao expressed her gratitude together with its people for the FMR which she said has pump-prime the economy of the province since after the road was completed, farmers started to expand their production areas and idle lands are slowly utilized. Small enterprises are slowly springing up in the area with the road in place.

“This project has not only given us road, but it has also given us the hope that development is possible in this new province,” the island’s provincial chief executive said.

Director Monteagudo also expressed support to the province’ development plans for the benefit of the farmers and fishers.

“All roads lead to progress. It has been known from the very beginning that when there is a road, areas will be developed. I hope to be back in 5 years from now and see a more lively and developed community here in Dinagat,” the region’s top DA 13 official said.

Moreover, 21 farm-owners who donated a portion of their land that has been affected by the construction of the R. Ecleo to Upper Laguna FMR were awarded Certificates of Recognition by the provincial government of Dinagat Island recognizing that without them giving the right-of-way, the road would not have been established.

These Project Affected Persons (PAPs), upon understanding the importance of the project through a meaningful consultation that was conducted before the start of the project, willingly gave a portion of their land which is an important requirement for the smooth construction of every road project.

Aside from monetary compensation, they also benefitted from tax deduction on portions of their land being donated to the project as facilitated by the provincial government.

As a highlight of the ceremony, stakeholders of the newly turned over R. Ecleo to Upper Laguna FMR were made to sign the Project Memorabilia to mark each one’s commitment to the maintenance and sustainability of the project.

The signing was headed by Director Monteagudo, PDI Gov. Bag-ao, the Sangguniang Panlalawigan Members, PPMIU-Dinagat Team, municipal officials of Cagdianao, Barangay councils of R. Ecleo, Maatas, and Upper Laguna, and the farmer-beneficiaries of the project.