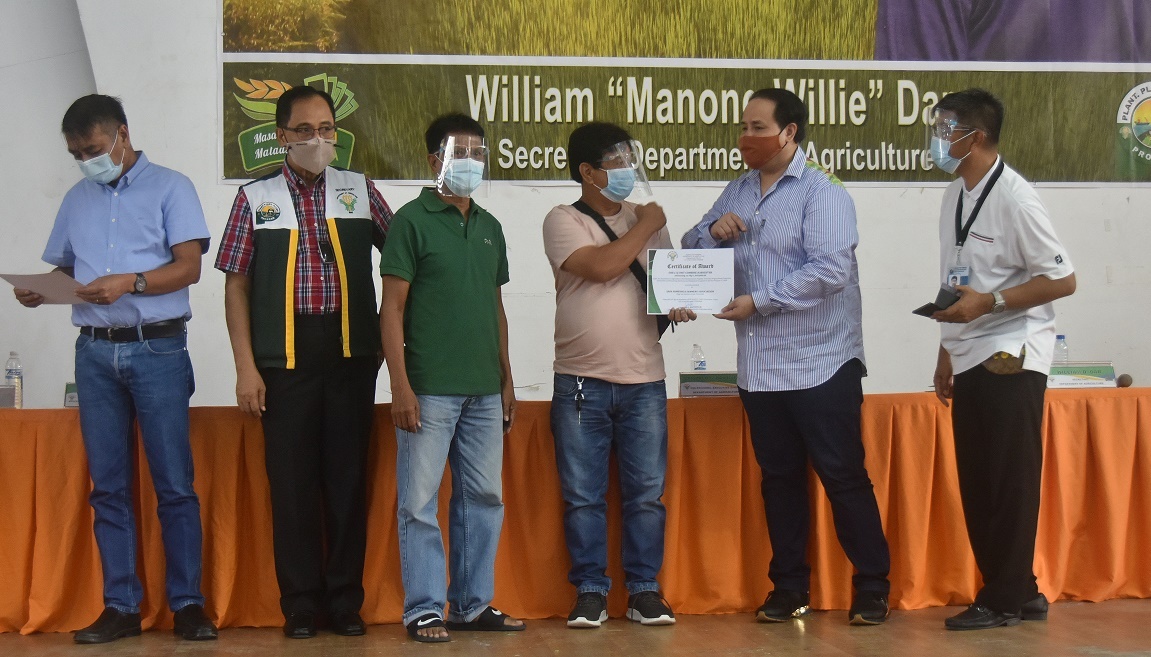 CITY OF SAN FERNANDO, Pampanga – A total of P43, 526, 136.68 worth of farm equipment was turned over to 38 farmers’ associations in this province to assist farmers in addressing the threat of hunger amid the COVID-19 pandemic.

Agriculture Secretary William Dar, assisted by Gov. Dennis ‘Delta’ Pineda, awarded the Certificates of Grants to the recipients from the municipalities of Magalang, Arayat, Floridablanca, Mexico, Lubao, Guagua, Candaba, and San Luis during the event held at the Bren Z. Guiao Convention Center.

According to Dar,  the said provision of farm equipment was made possible through the DA’s ‘Plant, Plant, Plant Program’ or ‘Ahon Lahat, Pagkaing Sapat (ALPAS) Laban sa COVID-19’ program that aims to benefit farmers, fishers, and consumers in the country.

He also announced their plan of putting up the country’s first agri-industrial business corridor (ABC) at the New Clark City, which is aimed at providing the smallholder farmers access to resources, including production technology, capital, and value-adding facilities.

He said that the project will likewise help address the employment challenges in Pampanga, Tarlac, and other neighboring provinces in Central Luzon, Northern Luzon, and Cordillera.

Secretary Dar also disclosed that the national government allocated a P4.4-billion agricultural budget for Central Luzon, a bulk of which was alloted to Nueva Ecija (P1.3-billion). The others are Bulacan (P960-million), Pampanga (P889.2-million), Tarlac (P543-million), Bataan (P265.5-million), Zambales (P244-million) and Aurora (P167.8-million).

Moreover, Dar commended the region, particularly the province, for its huge contribution to ensuring food security during these trying times.

Gov. Delta, for his part, thanked the national government for the continuous support given to the province.

Food as medicine: The functions of food as traditional medicine and in boosting one’s health