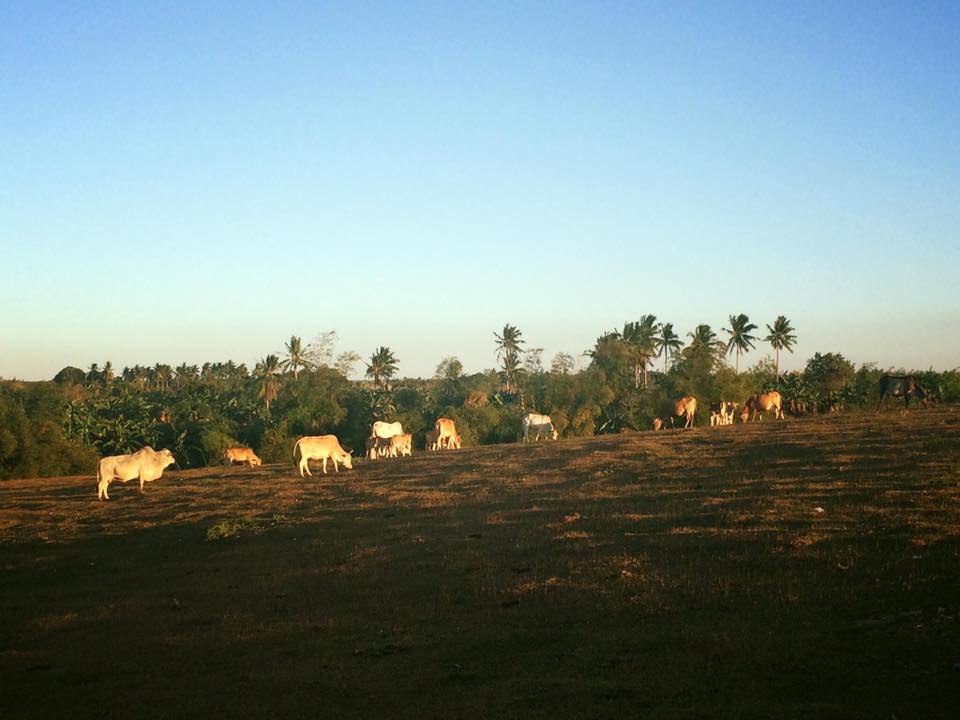 Featured photo - Terra Verde Ecofarm and Resort started as a family farm and has grown into a farm tourism destination that also offers farming lessons.

Gardening or farming has been recognized by the scientific community as an activity that may have the ability to reduce stress and improve a person’s well-being. There are some doctors who even prescribe engaging in the said activity or being surrounded with greenery to help patients deal with their various  illnesses.

It was a similar prescription that led the Atanacio family to venture into farming.

According to them, the idea of farming was introduced to Emerson Atanacio from his endocrinologist as a way to relieve stress as well as to alleviate his thyroid condition in addition to his medication. 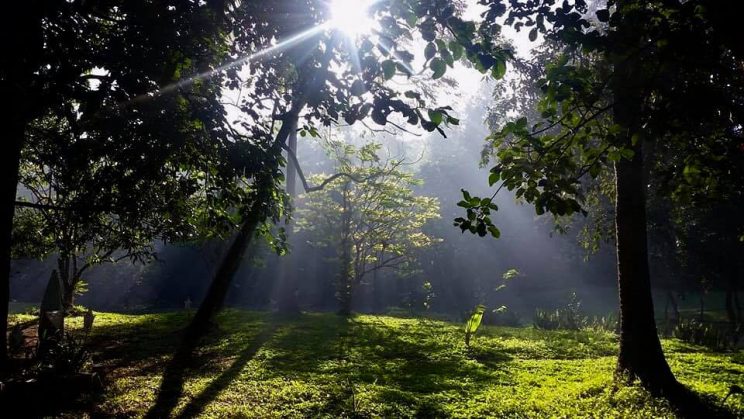 Emerson Atanacio was prescribed to venture into farming to improve his health.

He then shared the idea with his two brothers, Ericson and Erwinson, who thought about how farming is the retirement plan for most Filipinos. Eventually, they decided to start farming ahead of their retirement.

The family then set out to look for the ideal spot to start their farm since they want one close to Dasmariñas, Cavite, their place of business. It led them to the municipality of Maragondon, Cavite where they purchased the first parcel of land measuring about 1.4 hectares in November 2006.

“[It is] a place that is still pristine and rural, close to nature, but is also a short drive away from the urban metropolis. The search ended in a place that can be considered the best of both worlds, near yet seems a bit far,” said Ericson Atanacio, the President of Terra Verde Ecofarm and Resort.

Emerson went on to be the chairman of the farm. Their other siblings have also maintained administrative positions in Terra Verde.

Originally a family farm for the Atanacio’s, Terra Verde translates to ‘green earth’ and embodies the Atanacio’s family key belief of environmental consciousness. Moreover, the family focuses on ecological farming, or eco-farming, to complete the farm’s name and purpose.

Ecological farming helps secure the production of healthy food by protecting the soil, water, climate, and promoting biodiversity. It also avoids the use of chemical inputs in the farm. An example of this practice includes the use of compost and manure to enrich the soil. 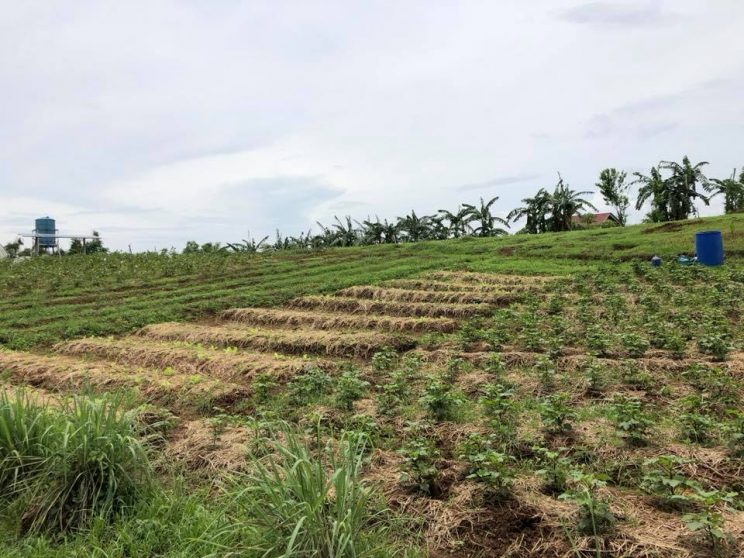 The farming follows ecofarming techniques to preserve the environment.

From its simple beginnings, the farm was cleared, cleaned, and slowly developed with minimal impact to the environment.

“It has been a venue of more family and friends gatherings, a handful of training and other non-commercial activities while producing safe and natural food, and allowing the Atanacio family and their friends to enjoy nature and agriculture,” the president of the farm said.

Presently, the farm grows all kinds of crops such as eggplants, okra, ampalaya, dragon fruit, cacao, coconut, pineapples, as well as herbs and spices like ginger, turmeric, tarragon, and more.

There are also a variety of livestock on the farm such as sheeps, goats, cows, chickens, pigs, and rabbits among others. 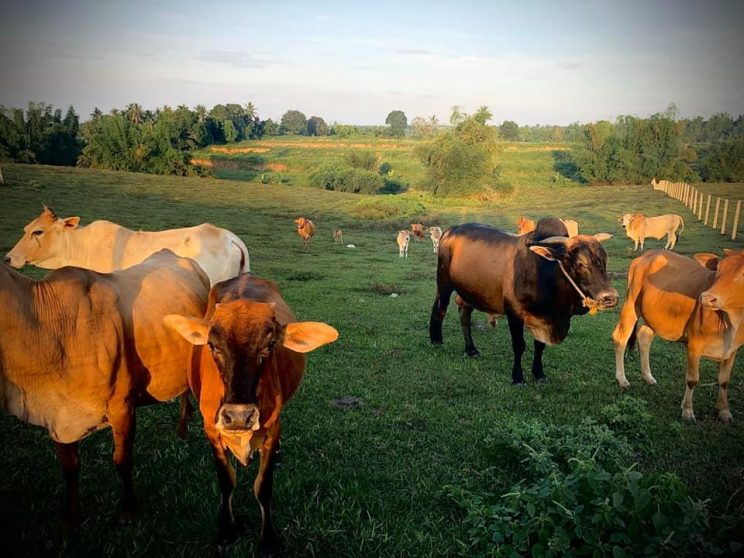 Cows are among the livestock found on the farm.

An aviary of ornamental and exotic birds like doves, pigeons, peacocks, and ostriches can also be found in Terra Verde Ecofarm and Resort along with colonies of both native stingless bees (Apis trigona) and European honey bees (Apis mellifera). 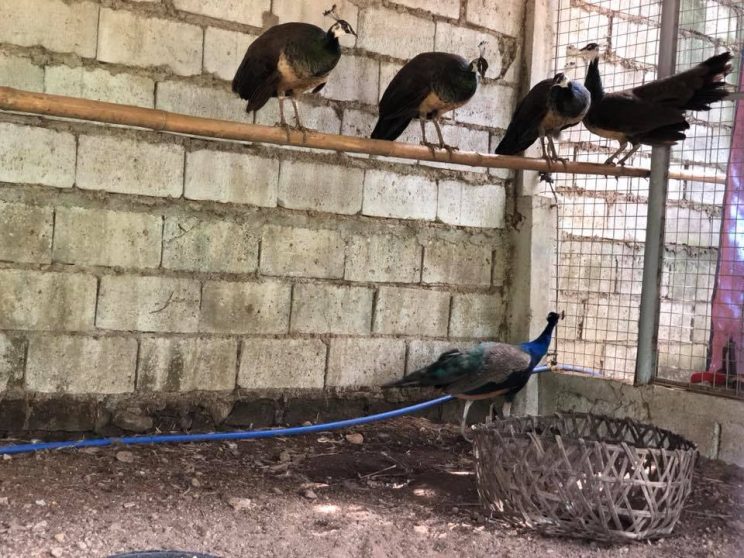 Exotic birds such as peacocks are one of the farm’s attractions.

As the farm grew in size and participated in more agricultural activities, the family decided to learn more about the various aspects of agriculture such as the technical, environmental, social, and economic.

Moreover, the Atanacio family were constantly prodded to share the farm to the public by their friends and guests.

“We realized the need to share what we know to others, most especially to small farmers. In 2015, the family agreed to start the opening of the ecofarm to the public,” Atanacio said. 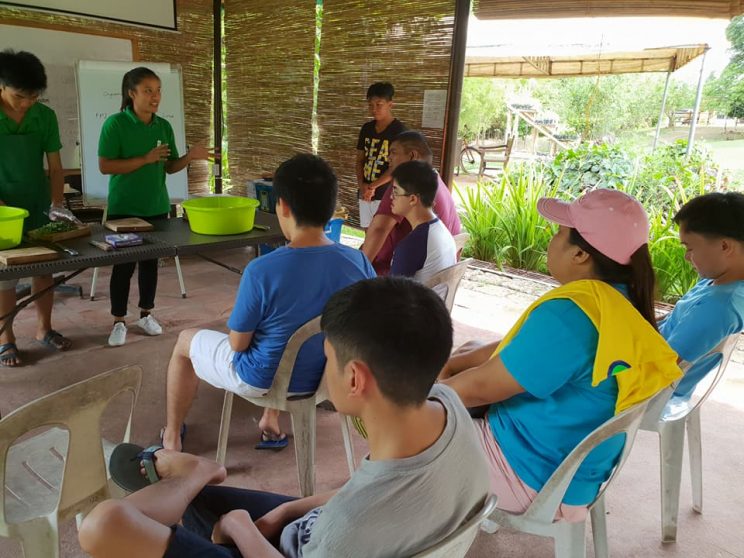 Eager guests learning about farming and how to create natural farm inputs.

In terms of teaching its guests, Terra Verde Ecofarm plays host to its brother organization  known as the Agriskwela Institute of the Philippines which engages in agriculture education services.

“This component aims to promote and provide agriculture, agribusiness, and agri technology training, certification and other educational services to the youth, hobbyists,  professionals and retirees, both from the private and public sector. It  also aims to use research and development in improving indigenous agri-technology, products,  and techniques to better agricultural productivity and sustainability,” Atanacio said.

Presently, the farm is accredited by the Department of Agriculture-Agricultural Training Institute as a National Extension Service Provider for Organic Agriculture.

Developing into a farm tourism destination

Other than the farm’s educational component, Atanacio said that they are developing the farm so it would also serve as an agritourism destination for those who want to get away from the city without having to venture far from it.

“The farm is being developed into a farm resort to play  the role as an agritourism destination, showcasing the combined concept of ecotourism and  family farm tourism. It aims to provide agri-based entertainment and escape to students,  families and guests,” he said.

Visitors can relax in the farm’s tiny houses called Kubins, stargaze at night while enjoying a bonfire in the picnic and barbecue area, and have a front row seat early in the morning for a concert from the birds in the aviary. 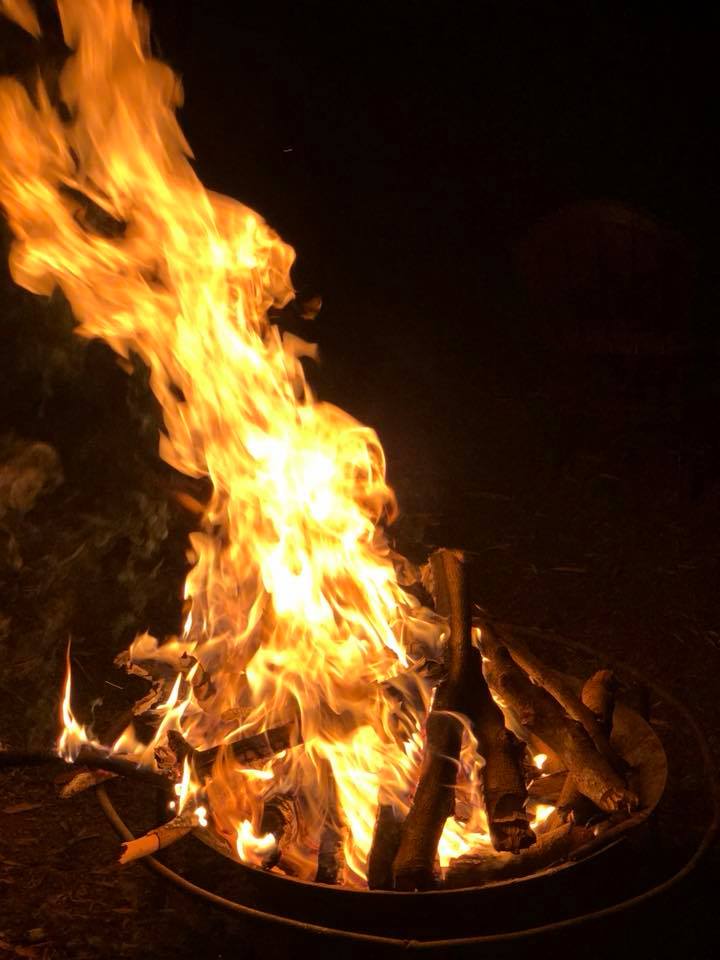 Guests can enjoy a bonfire on the farm’s picnic and barbecue grounds.

Farm accommodations also include two air conditioned bedrooms, four bedrooms (without air conditioning), and camping tents for those who want to bask in the great outdoors.

A portion of the farm is being currently developed into a leisure area where people can enjoy other hobbies as well.

Ultimately, the Atanacio family hopes to use their family farm as a place where people can make new memories just as they did while gaining a better understanding of natural farming and appreciation of nature.

C.Visayas fisherfolks are advised to register with BFAR to avail livelihood projects