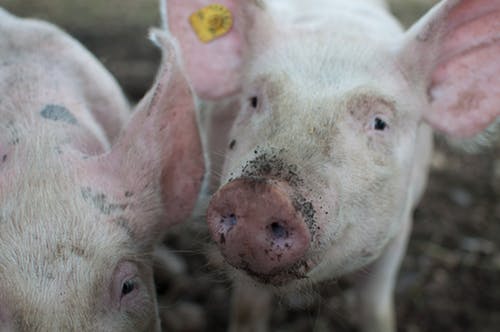 According to the Philippine Statistics Authority (PSA), about 4,958 metric tons, or nearly 5 million kilograms of meat was produced in 2016, with pork in the lead. This translates as to how much pork Filipinos consume, almost on the daily, and how high the demand is for the commodity.

Venturing into swine production may be as well a profitable step for those interested.

In a webinar aired by the Agricultural Training Institute (ATI)-Northern Mindanao’s Facebook page, Aleli Jean Paulican, from the technical support staff of ATI-Regional Training Center in Region X, said that there are some things to consider when raising pigs.

“The performance of the pig is based on 70 percent of its environment and 30 percent in its genetics,” Paulican said.

She added that the environmental factors include the pig’s nutrition, housing, and the climate in the area. In the meantime, the breed of the pig also plays a role in its performance since each breed has a different characteristic from the other.

Different breeds to choose from

Presently, there are six available pig breeds that can be raised in the country. These are the Landrace, Large White, Pietrain, Duroc, Hampshire, and the Philippine native pig.

The Landrace breed is white or pink in color and has small, droopy ears. It is also tall in stature but slender as compared to the other breeds. It is known for its mothering ability and also for converting its food well into its weight.

“Its feet, however, are weak so if they’re to be used for natural breeding, then they would have to be kept safe from any injury,” Paulican said.

Similar to the Landrace is the Large White. It is also white in color but has ears that are slightly erect as compared to that of the landrace. This breed can also convert its food well to weight and has a good mothering ability.

“Large Whites can easily adapt to its environment as long as they’re well cared for in terms of housing. If they’re in not so good conditions, this could negatively affect their performance,” Paulican said.

The Hampshire pig breed is black but has a white or pink ‘belt’ that runs from its neck to its front feet. It also has erect ears and slightly small feet. Like the first two breeds, it also has good mothering abilities and is suitable for meat production even though its capacity to appropriate the food it eats into its weight is only average.

Paulican added that the Hampshire breed can adapt to any environment or living conditions without affecting its performance especially during its fattening stage.

Meanwhile, the Duroc is distinguished by its reddish to dark brown color. As opposed to the other types of pigs, this breed is commonly used for reproductive purposes since it can improve the offspring from other breeds if it mates with it.

The Pietrain is a pig breed that is known for its black spots scattered around its white or pink body. It’s best used for meat production since it has a higher percentage of meat rather than fat. Pietrains also adapt well to its environment and can also be used as a boar for breeding purposes.

Lastly, the Philippine native pig is a breed that’s resilient against sickness and can survive in natural environments or with natural farming practices.

Paulican said that the best breeds to use as sows are gilts are the landrace, large white, and Hampshire. As for the boars, the Duroc and pietrain are good options.

“Those interested in swine production should not only be familiar with the different breeds that they can use but also their characteristics so the pigs can match the purpose of breeding, meat production, and such,” Paulican added.

In the next part of the article Paulican will discuss the difference between pure breeds and hybrids and the various breeding processes that swine raisers can choose from.