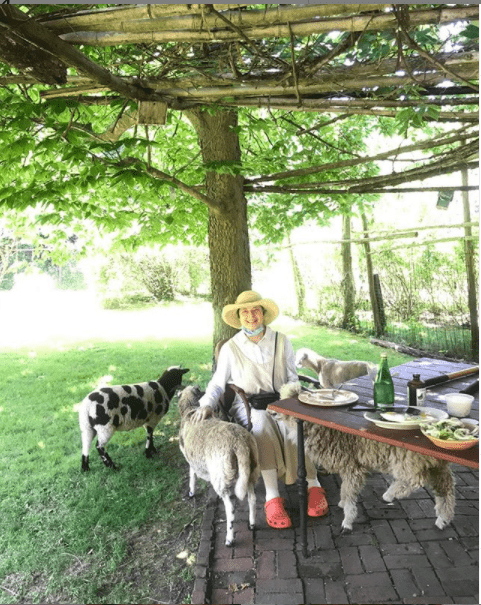 Famous for her role as a lounge singer in David Lynch’s Blue Velvet (1986), Isabella Rossellini is more than just an actress and model–she is also a farmer who lives on a farm measuring nearly 8.5 hectares near Bellport, Long Island.

On her farm Rossellini takes care of a total of 120 rare heirloom chickens along with other livestock such as sheep, and grows vegetables which are then used for personal consumption. Aside from these, she also practices beekeeping.

She says that her farm works as a co-op so the eggs and honey that are harvested in the area are distributed to the people on the farm.

There is also a group with several fields of expertise living on her farm known as the Long Island Native Plant Initiative which collaborates with Cornell University to collect Long Island plants by selecting seeds to preserve biodiversity.

Having retired from her career as a model, Rossellini had more time to pursue her studies on conservation and animal behavior which was what she always wanted to study. So rather than eating the 120 chickens on her farm, she learns from them instead.

Retiree in Mindanao turns her home into a flourishing indoor garden