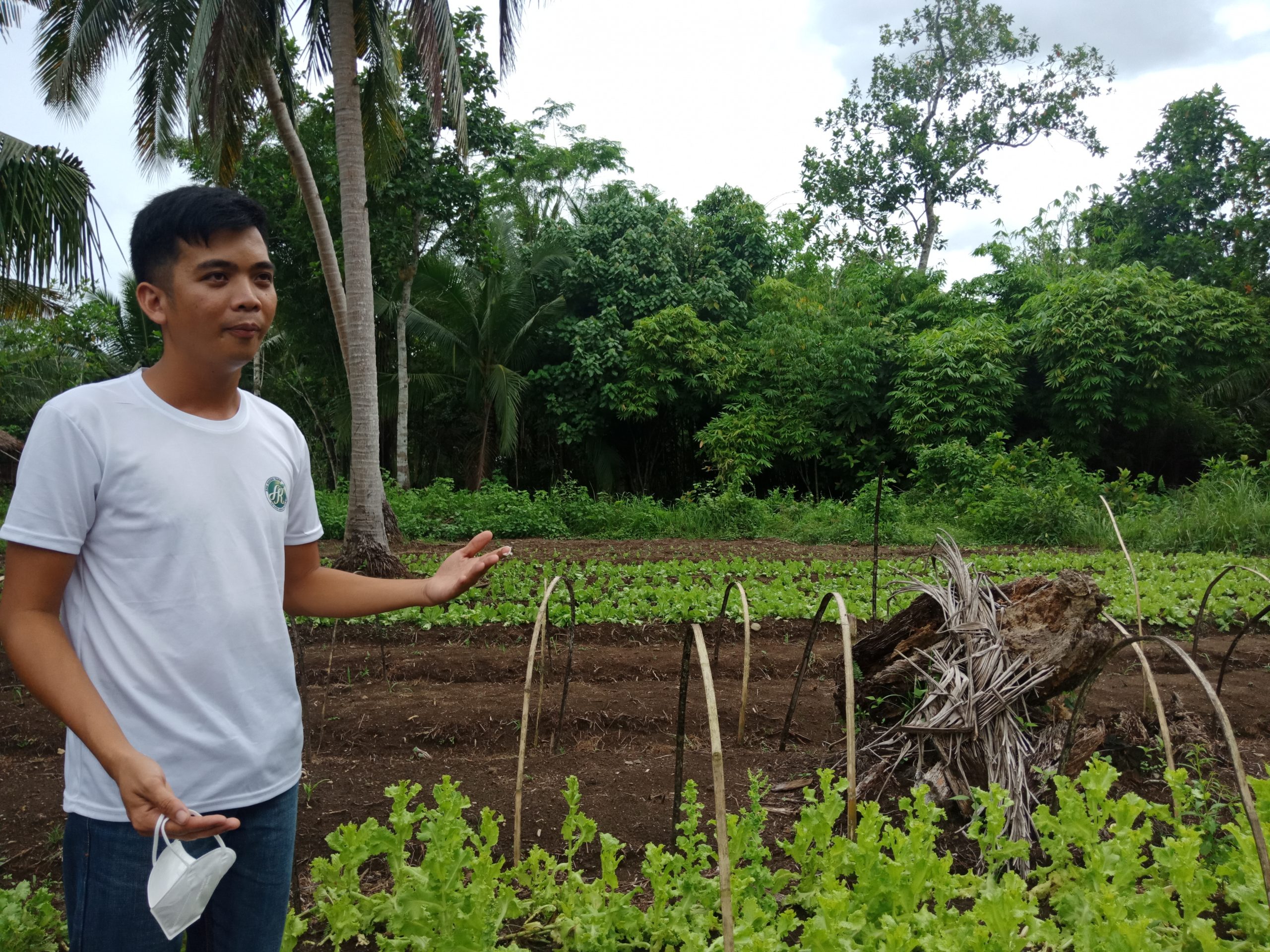 TACLOBAN City – Tired of working in the corporate world, a millennial farmer is proving that there is a future in integrated farming even just utilizing a one-hectare land.

Twenty-seven-year-old Andres Rey Cagara, a Tourism, Hotel, and Restaurant Management graduate from Leyte Normal University has always been passionate about farming. He shared that unlike other children during his time, he would go straight home from school to plant vegetables in their backyard.

After quitting his corporate job in a telecommunication company’s office in Tacloban City, he became a livelihood coordinator advocating for sustainable livelihood in Burauen, Leyte where he met a farmer that changed his life in 2017.

“The old man said that there is no life in farming and that he was a living witness to it. As a local government employee, I used to train farmers. I wanted to prove to him wrong so I decided to go farming,” he recalled.

He joined a farmers’ association comprised of 24 members in their village in Dumalag, Burauen where they raised high-value crops and farm animals. Their group was able to increase its assets and acquired properties to expand their farm. They were also able to supply vegetables to some restaurants in Manila.

Seeing that there was potential in farming, Andrey’s family acquired idle farmland three days before the lockdown in March with a vision to make it a farm tourism destination in their town that specializes in integrated farming.

According to him, he named the farm as “Ark Haven” inspired by the biblical story of Noah’s Ark that depicts preparation for a crisis, which is what they have been doing on their farm in the previous months.

Aside from raising poultry and farm animals, he cultivates naturally grown herbs and salad vegetables, and started developing some products such as coconut water that he was supposed to launch in the market had it not for the movement restrictions.

“Our focus shifted to food production to sustain our need for food. Although many of our plans were put on hold because of the quarantine, it gave us time to reassess and come up with strategies to develop the farm,” he shared.

Andrey was also able to hire four workers who were also able to support their family amidst the quarantine. He earns an average P15,000 monthly net income. He said that aside from getting a higher net income than his salary from his previous job, he gets to pursue his passion for farming.

“Farming is sustainable. It’s probably one of the few industries that were not affected by the global crisis. There are life and future in farming,” Andrey noted.

Andrey plans to set up a fishpond and grow more bamboo species on his farm. He also started growing some flowers where visitors can take photos when they visit.