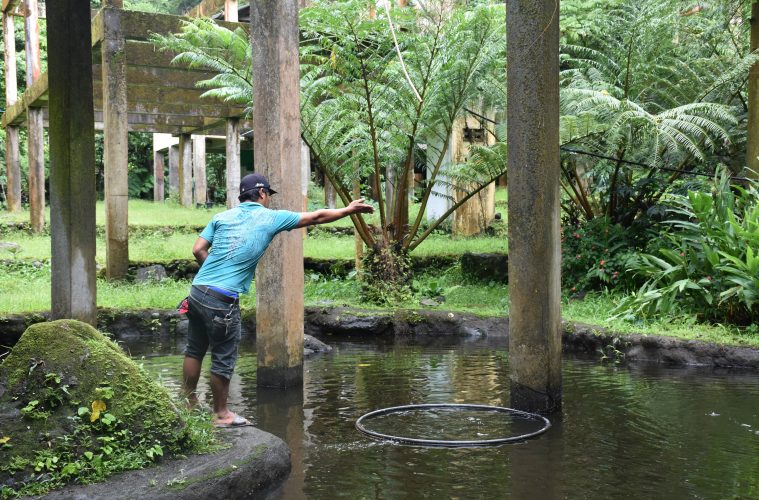 Featured photo - Farmer families in Laguna and Batangas were the beneficiaries of the DOST-PCAARRD's 'Tilapia para sa pamayanan' project.

The Department of Science and Technology, through the Philippine Council for Agriculture, Aquatic and Natural Resources Research and Development (DOST-PCAARRD) made tilapia farming available to selected farmer families in Batangas and Laguna.

Known as “Tilapia para sa Pamayanan,” the project of DOST-PCAARRD provided free fingerlings, feeds, and technical support to a total of 14 farmer cooperators in Batangas and Laguna.

Eduardo Manalili, the director of the Inland Aquatic Resources Research Division of PCAARRD, said the project has benefited the following barangays in Laguna: Malinao, Taytay, and Munting Kawayan in Majayjay; Pupuy in Bay; Mabacan in Calauan; and Malinta in Los Baños. In Batangas, the barangays of Bucana, Cogonan, Mangahan Putat, Bautista, and Butucan in Nasugbu were also recipients of the said program. 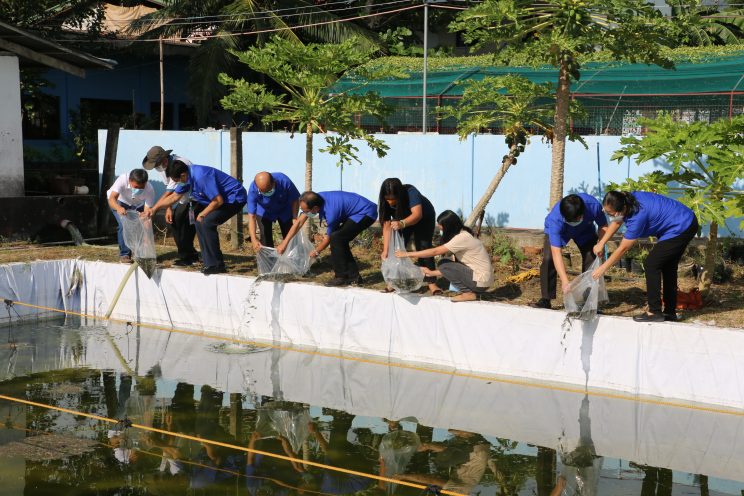 Before engaging in actual tilapia farming, the select farmer cooperators were trained on how to maintain a fish farm as well as other necessary information.

Prior to officially engaging in the venture, the select farmer cooperators were trained on various aspects of tilapia farming. This includes developing and maintaining a fishpond, fertilizing the fishpond using organic and commercial fertilizers, and harvesting the fish once they’ve reached maturity. 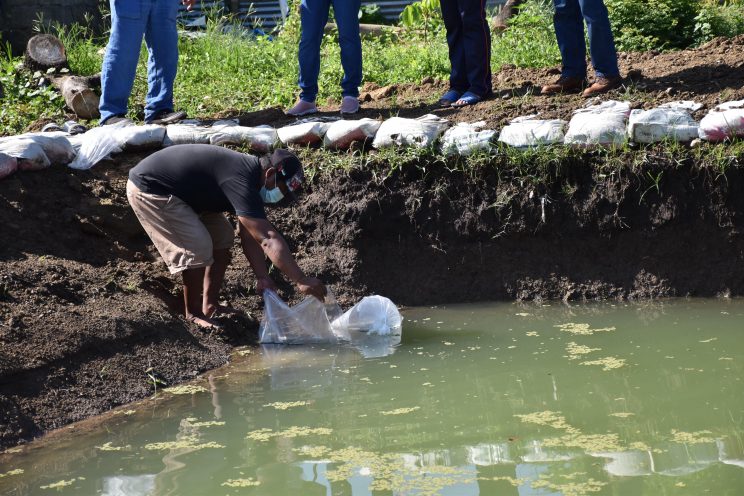 Several beneficiaries of the project attested that this initiative has provided them with a source of both food and income during the pandemic.

Fe Amor Barcelon, a farmer cooperator from Cogonan was one of the 14 who was chosen for the program. She said that through “Tilapia sa Pamayanan,” her family has not only acquired a source of food, but also a source of income amid the pandemic since they can sell their tilapia harvest to their neighbors in the barangay.

James Jacobo, another farmer cooperator from Nasugbu, added that the free fingerlings from the project is a huge help for them and they only need to put what they learned to good use in order to maintain the fishponds. By three to four months, they can harvest tilapia which would benefit Jacobo’s family, his caretakers, and their neighbors.

Aside from assisting farmer families, the “Tilapia sa Pamayanan” project also maintains three fishponds that measure 180 square meters each in the Laguna State Polytechnic University (LSPU). Recently, a total of 130 kilograms of mature tilapia were harvested from two fishponds after three months of tilapia culture.

From this harvest, 70 percent or 90kg were given to indigent employees of LSPU and their families. The other 30 percent of 40kg were donated to families in the Los Baños Isolation Facilities.

“Tilapia para sa Pamayanan” is part of the GALING PCAARRD (Good Agri-aqua Livelihood Initiatives towards National Goals) Kontra COVID-19 program which aims to provide assistance to farmers who were greatly affected by the pandemic.

It was done in collaboration with LSPU, Batangas State University (BatSU), local government units, and the Department of Agriculture’s  Bureau of Fisheries and Aquatic Resources.

“As a government agency focused on researching innovative ways to enhance food production and its quality, it is a part of DOST-PCAARRD’s responsibility to help the Filipinos in this pandemic,” said Reynaldo Eborah, the executive director of DOST-PCAARRD, during a virtual press conference aired on DOST-PCAARRD’s Facebook page.

GALING PCAARRD is the agency’s response to the challenges brought about by the pandemic that’s related to food production and production that relies on agriculture and fisheries. It was launched in June of this year, a few weeks after the enhanced community quarantine (ECQ) was imposed last March.

With the success of the “Tilapia para sa Pamayanan”, Eborah said that the agency hopes to conduct the project in other areas to further help the Filipinos in their time of need.