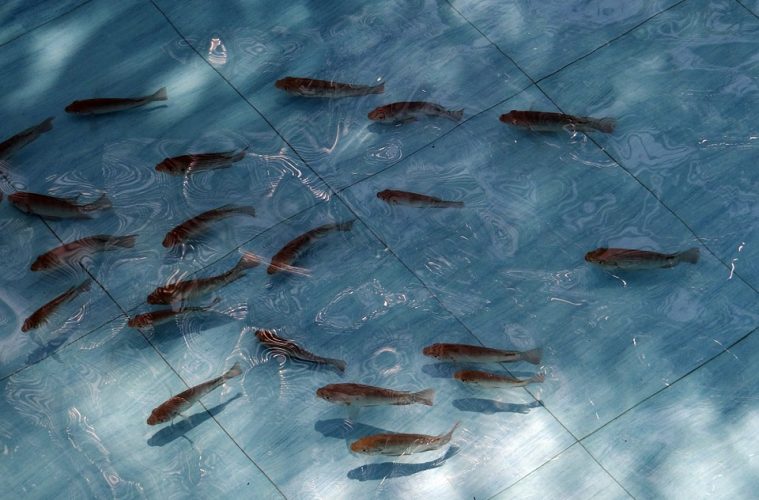 Photo by sarangib from Pixabay

Producing tilapia in fresh and brackishwater

Steamed, grilled, fried, or mixed with a sauce, tilapia is a common type of fish used in various dishes across the globe. This is because tilapia can be easily bred in ponds and can be harvested after two to three months.

In the Philippines, tilapia is the most widely cultivated freshwater fish. According to an informative brochure by the Department of Science and Technology’s Philippine Council for Agriculture, Aquatic, and Natural Resources Research Development (DOST-PCAARRD), the fish is also bred in other mediums aside from ponds such as “hapas” or inverted mosquito nets, and concrete tanks.

There are two species of tilapia available in the country: the Nile tilapia (Oreochromis niloticus) found in freshwater, and the Mozambique tilapia (O. mossambicus) which is bred in brackishwater.

One way to breed tilapia in freshwater is through cage culture which is an aquaculture production system where fish are held in floating net pens.

Cages are usually made from synthetic netting suspended from a floating frame or attached to a structure that’s implanted in the bottom of a water body. Sizes of cages vary from one to a thousand square meters and with depths that range from one to five meters.

Suitable locations for cage culture are freshwater bodies such as lakes, ponds, rivers, and reservoirs provided that these sites have a sufficient amount and good quality of water. Rivers should also have a slow to moderate water current to keep fish from swimming against it.

Tilapia is convenient to grow via cage culture because it can tolerate crowding, and can thrive on natural food

In cage culture, there are two basic requirements: one is that there should be enough water exchange through the cage to replenish oxygen and remove waste, and the other is that the fish should be provided with food that can come from the water body or fed to them.

But the most important factors to consider in producing tilapia via cage culture is the size and depth of the cage, the mesh of the net, and the size of the fingerlings.

A smaller cage measuring one cubic meter can hold around 250 to 400 fish while a 100 sq. m. cage can only accommodate 30 to 50 fish per sq. m. This is because as the size of the cage increases, the surface area for water exchange decreases.

The mesh size of the net should also be large enough to promote water exchange and the depth of the cage should not measure more than two meters especially in shallow lakes and rivers.

Moreover, stocking larger fingerlings in the cage promotes faster growth and stocking only male tilapia improves growth, feed conversion, and survival because these develop faster than the females.

The Philippines has more than 500,000 hectares of brackishwater ponds, rivers, and  inlets. Commonly, the species that are cultured in these types of water include milkfish (bangus), shrimps, as well as tilapia.

The Nile tilapia, according to PCAARRD’s brochure, can only tolerate brackish water with salinities up to 25 parts per thousand (ppt) while the Mozambique tilapia can handle up to 40 ppt.

A hybrid of the two species is said to withstand salinity levels of up to 32 ppt or pure seawater.

Cage culture can also be used in brackishwater although site selection plays an important role. Rivers and waterways should have a minimum depth of 1.5 meters during low tide with  a slow to moderate current as well as good water quality. The size of the cages can vary from one to four square meters.

To access the brochure on tilapia culture, visit the PCAARRD e-Library.