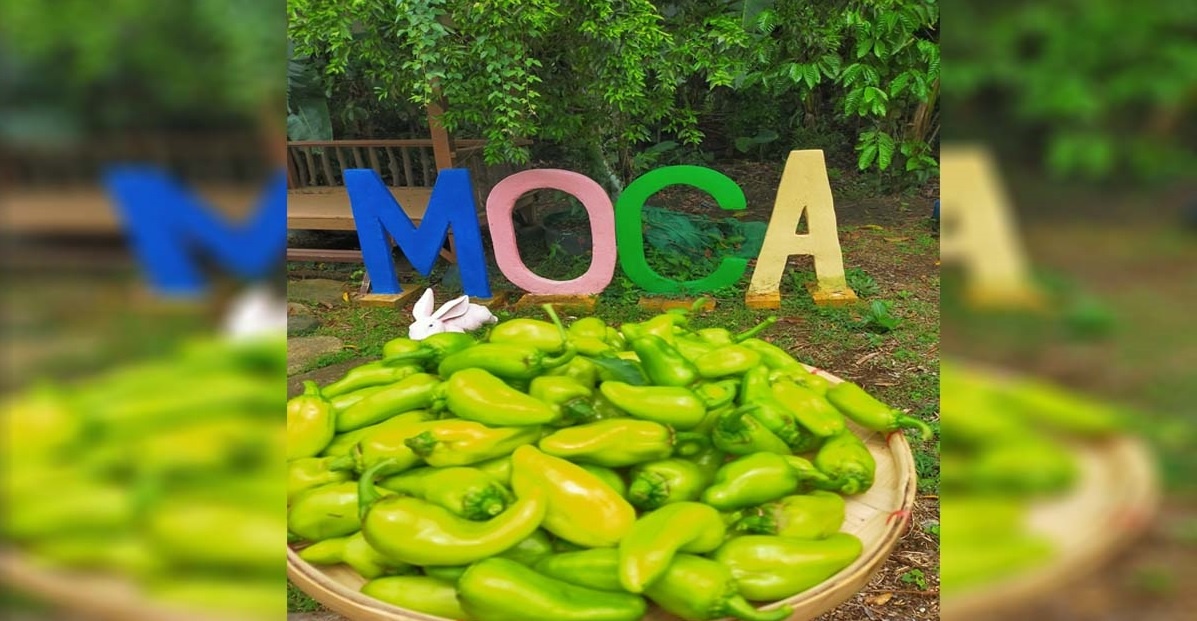 Featured photo - As a small family farm, MOCA Family Farm RLearning Center maximizes the one-hectare area to produce food that's enough to address the family's needs as well as their products in the market.

In farming, people have the false notion that success comes with hectares of land used for growing all sorts of crops or raising a variety of livestock.

This was not the case for MOCA Family Farm RLearning Center in Barangay Castillo, Padre Garcia, Batangas. Measuring only about a hectare in size, the farm still manages to hold farm tourism events, learning activities, extension services, and grow vegetables as well as rare, imported fruits.

Managed and operated by the Morris family, a Filipino-American household, MOCA Family Farm welcomes guests and eager trainees into their farm where they can immerse themselves and learn about farming in the accredited extension service provider (ESP) of the Department of Agriculture’s Agricultural Training Institute (DA-ATI).

Gigi Morris, known as “Ka Gigi” in their local community, serves as the farm school director.

Established in 2005, MOCA was originally bought by Morris and her sister, Mimi Castor. The name MOCA is a combination of their names, Morris and Castor.

“We have been referring to our family farm as ‘MOCA Farm’ whenever we go here on the weekends,” Morris said.

Ultimately, it was her who ended up diving fully into the endeavor.

As soon as Morris and her family started their farm enterprise, they wanted to keep the family farming as a core value which then led to the farm being named the “Morris Center for Agribusiness (MOCA).” But because they also transitioned into a technical-vocational institute that offers training, it was once again renamed the MOCA Family Farm RLearning Center.

“It is really registered as ‘RLearning.’ My husband and two kids all have the initials RL which stand for Robert Llewellyn, Robert Lloyd, and Robert Llyndon. They provided me with so many learnings in my life so I registered the farm’s name as such,” Morris said. 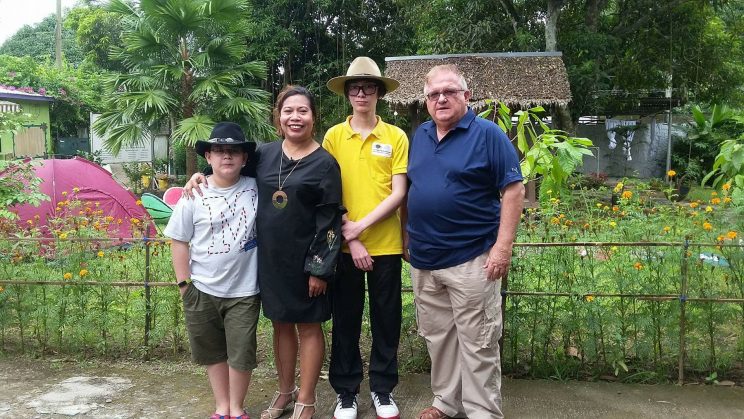 She added that it was her husband who inspired her to buy the piece of land and eventually become involved with farming as he was a Professor Emeritus in Agriculture in the University of Nevada Cooperative Extension.

The family began by holding small farm tourism activities in the vicinity with Robby Rabbitry as their initial farm enterprise in 2012. But two years later, Typhoon Glenda destroyed the family’s rabbitry.

A year after the calamity, Morris said that they refocused and started to incorporate their farm as a non-stock, non-profit enterprise which has become the MOCA Family Farm RLearning Center that is known today.

“The farm was something for [my husband] to get busy with when he retires.  Little did I know that I will be the one who will be involved and invested in its farm activities! When we moved to Batangas [from Nevada], the farm became home for us, as well as a ‘campus’ for my homeschooled kids,” Morris said.

Before she went into farming, Morris used to work for the fashion and apparel industry. She had no prior experience growing plants except for some childhood memories of her visits to Bicol and Laguna with relatives who are into farming.

“Luckily, my husband does a lot of farmers to farmers programs. I have seen his work and I’d like to say I am a quick learner! He has been my inspiration and mentor not just on the technical aspect of farming but working with farmers in a personal way,” Morris said. 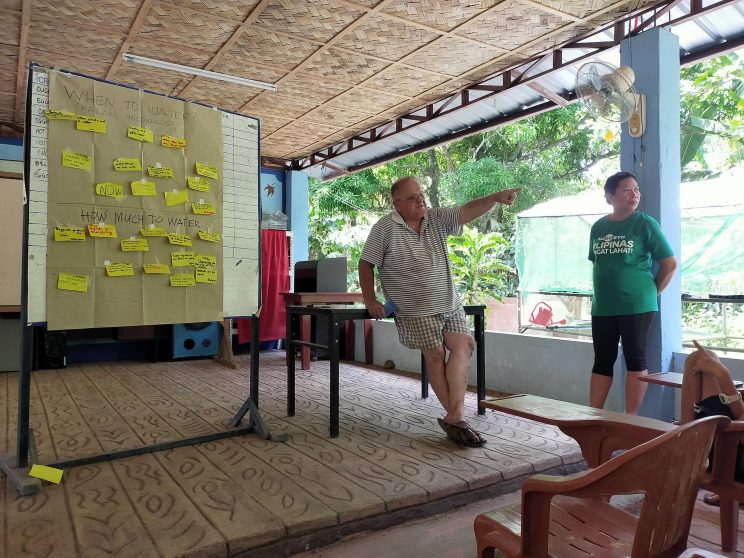 Ka Gigi’s husband serves as her mentor and inspiration when it comes to farming since he has a background in it.

MOCA Family Farm was originally a mango orchard before Morris incorporated fruit-bearing trees, including Philippine native trees, and small scale vegetables for their own consumption and for sale in the market.

“We do so many varieties in small production and yield is really not our focus,” the farm school director said.

Among the variants that they grow in the farm is the cempedak (Antocarpus integer) which Morris considers as their most profitable fruit-bearing tree. 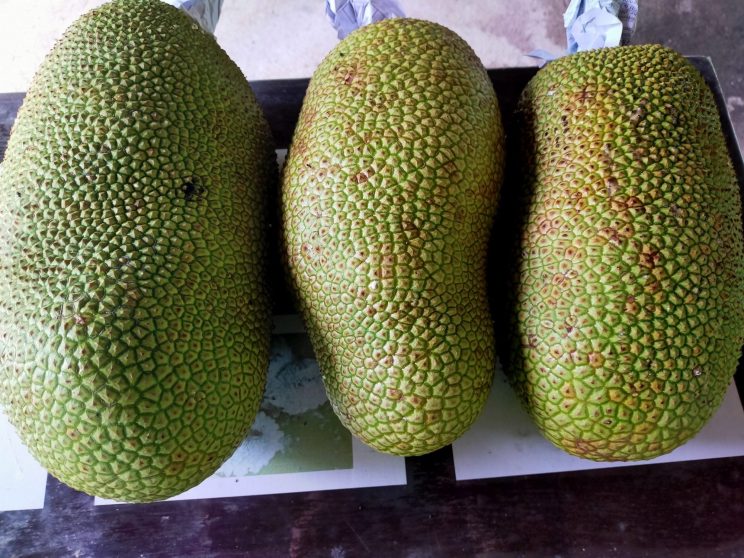 Cempedak is the farm’s most profitable fruit.

Originally from Malaysia, the cempedak bears similarities in terms of taste and appearance with the marang, and the jackfruit. It even has a likeness to durian as it also bears a distinct aroma that can be smelled for quite a distance.

Even though the cempedak is enjoyed widely in Malaysia and Indonesia, Morris said that it’s still a rare sight in the Philippines which is why it fetches a high price in both planting materials and its fruits.

“Farming is similar to fashion. You can go into mass manufacturing and produce a lot of one style (or item) or you can opt to stay in couture and [produce] few of a kind. Being in small family farming, I opted to be in ‘couture farming,’” Morris said.

In addition to the cempedak, Morris also grows unique plants alongside vegetables. Some of these plants include the jade vine (Strongylodon macrobotrys) which is endemic to the Philippines. The farm school director has even started mother plants of Philippine native trees such as katmon (Dillenia philippinensis), bignay, batuan, marang, and kamansi. 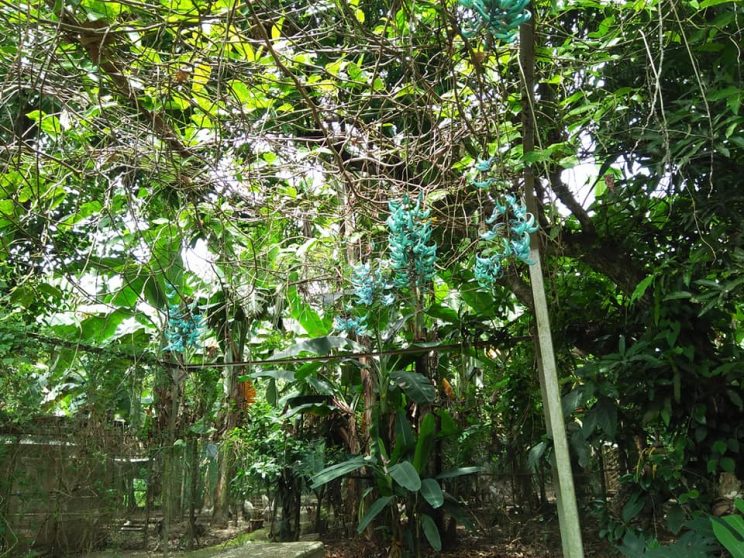 Morris also grows the jade vine which is endemic to the Philippines.

The family farm also has various livestock in their premises which involve hogs, chickens, turkeys, and ducks. These are also done small-scale as their primary purpose is to support the family’s food consumption and their farm to table events during their farm tourism activities.

When it comes to caring for the crops on the farm, Morris shared that she combines natural integrated farming and good agricultural practices.

“My husband, being a horticulturist, has always advised me that if we understand our plants well, we can always ‘manipulate’ it to work for us, instead of us working for them.  A piece of good advice from him that I always follow is that if we take from nature, we have to give back.  So if we harvest, we give back by adding compost and fertilizers and other nutrients needed by the plants and the soil that nourishes it,” Morris explained.

From their small-scale operations, the Morris family not only manages to feed themselves, but they also practice value-adding which augments their income.

Part 2 will discuss the value-adding practices and ideas that the MOCA Family Farm follows as well as some tips on how they adapted to the market despite their small-scale operations.