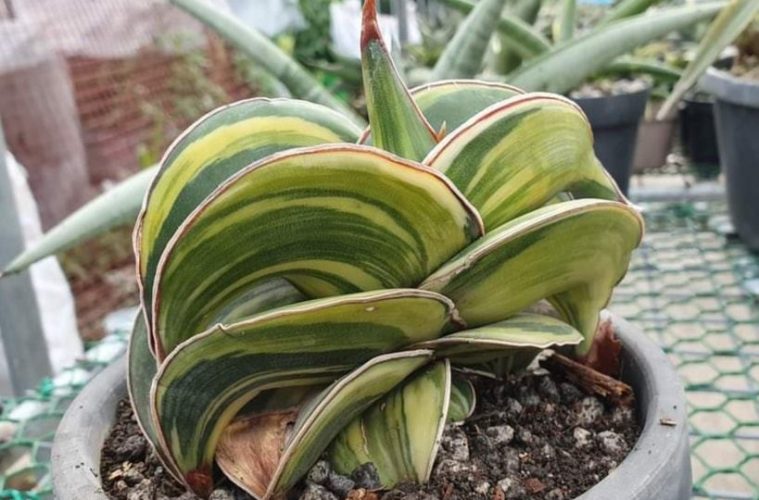 A Facebook post shared by plant nursery Arid and Aroids Nurseries confirms that BG Regale (Sansevieria rorida), a million-peso hybrid plant, has been stolen. The post says, “This is to confirm the rumors circulating on Facebook and group chats.. S. BG Regale HAS BEEN STOLEN.” It says that there’s an on-going investigation to know more behind the incident and “to dispel another rumor that it’s an inside job.” 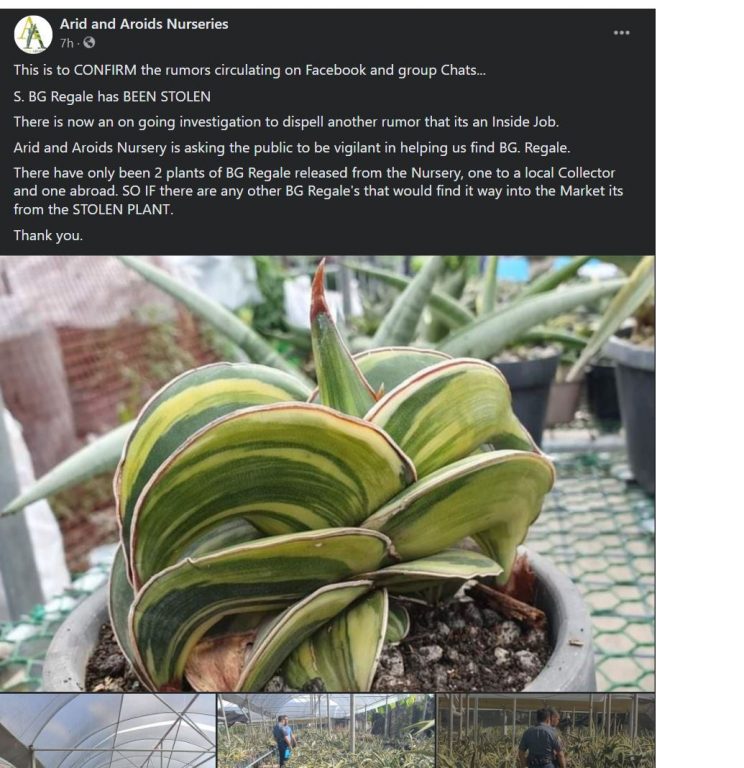 The nursery is now asking for the help of the public to be vigilant and to find the missing rare plant. “There have only been two plants of BG Regale released from the nursery, one to a local collector and one abroad,” they added.  So in case you find one in the market, report to the concerned nursery for further investigation.

The rare plant was exhibited at Agriculture Magazine’s four-day Cactus, Succulent, and Bromeliad Festival last year, where it was one of the event’s highlights. Read more about it here.

The account also recently reported the theft and return of a rare Agave filifera compacta ‘Pinky‘ succulent mother plant, which was later returned. 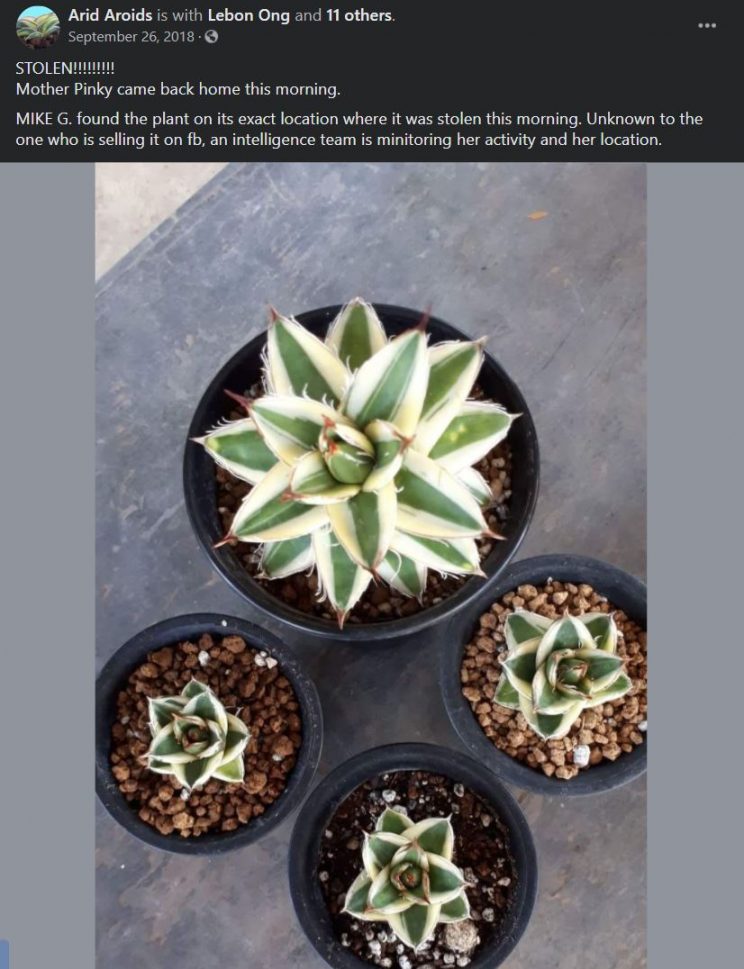 Screen captured from one of Arid and Aroids Nurseries’ Facebook posts.