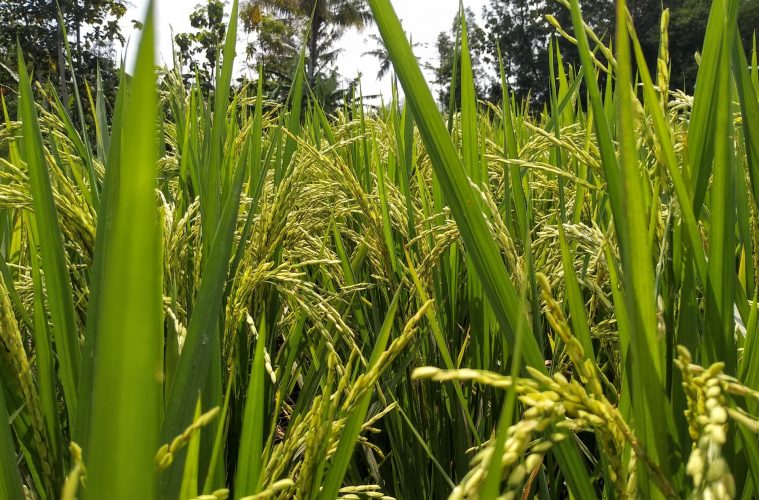 According to Sarah Perocho, DA’s Provincial Agricultural Program Coordinator that these 12 LGUs in Negros Oriental received the inbred rice seed allocation under the Rice Competitiveness Enhancement Fund (RCEF) Seed Component of the Department of Agriculture (DA).

Perocho said that the allocation of 10,830 bags of inbred rice cover about 5,415-hectares of rice farmlands with 4,332 farmer beneficiaries for the second cropping season in Negros Oriental.

In a virtual Straight from the Source Press Briefing, November 11 hosted by the Philippine Information Agency (PIA) here, Perocho said that DA-7 also provided a set of rice farm machineries from production to post-harvest equipment to eight qualified farmers associations worth P5-M each under the RCEF.

Tilos bared that the DA here has provided P5,000 to more than 10,000 rice famers tilling one hectare of land and below provincewide amid the pandemic as financial support for the first cropping planting season.

“These are all for free and granted to rice farmers to boost rice production during the pandemic and ensure sufficient supply of rice for the province,” Perocho added.

According to the team, the model farm is projected to yield more than four tons, if no calamities or pest and disease outbreaks occur. During the PAO and APCO monitoring the model farm is already on its flowering stage and is showing an impressive performance.

According to the DA here that the Lotlotan Water Impounding System Association (LOWISA) with its 35 farmer-members acts as the cooperator of the model farm.

DA-7 APCO of Siquijor Gregolito Bunado said that in the implementation of the model farm, DA-7 provided 14 bags of complete fertilizer; 12 bags urea, one bag muriate of potash, one bag of phosphate; bags of certified inbreed seeds; 250 cards of trichogramma while the PAO-Siquijor provided support during the field day and the LGU on the technical aspect.

The PAO monitoring team headed by Provincial Agriculturist Lilibeth Caroro, Nida Abada and Ledda Anoos bared that the rice variety use in the model farm is the NSIC Rc 354 and NSIC Rc 226, which are suitable in Siquijor’s ecosystem.

The team added that this rice variety is one of the farmers’ preferences because the seeds can be used again in the next planting season, has good eating quality and are resistance to pests and diseases.

According to Nida Abada, Provincial Rice Coordinator in Siquijor that the rice farmers were not able to plant in two cropping seasons due to water scarcity.

“We are very much thankful and happy that our farmers right now are able to plant due to the onset of rainy season. Hope this (rain) will not damage our rice farms in case of heavy downpour,” Abada commented in her FB account.

Following the Rice Tariffication Law, RCEF has a P10-B yearly allocation for six years that focuses on mechanization, seed distribution, skills development, and credit component for the rice farmers and to help them compete in the international rice market, Tilos concluded.