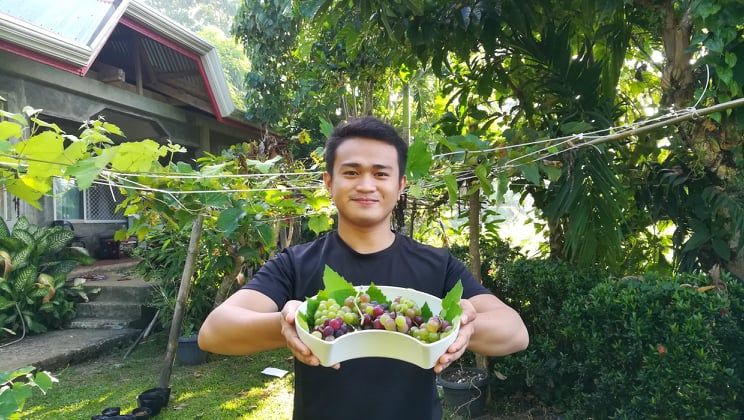 Lucky Jay Saturinas is a young seafarer who engaged in grape farming to recover from trauma that he suffered during one of his trips.

Young seafarer grows grapes to get back on his feet

Being a seafarer is one of the most arduous jobs that one can engage in. Not only does it require a good amount of physical strength and endurance, but it also calls for a sound mental and emotional capacity. These qualities help them survive for months on end at sea, far from their family and the usual comforts they are accustomed to.

Lucky Jay L. Saturinas, 23-years-old from Barangay Hingatungan, Silago, Southern Leyte, is familiar with the challenges of being a seafarer as he used to be one. He studied at the University of Cebu’s Maritime Education and Training Center (UC-METC) where he earned a bachelor’s degree in Maritime Transportation.

There, he was given a chance to be part of a scholarship program offered by Anglo-Eastern Company, a crew management company, which opened up opportunities for him as a seafarer. 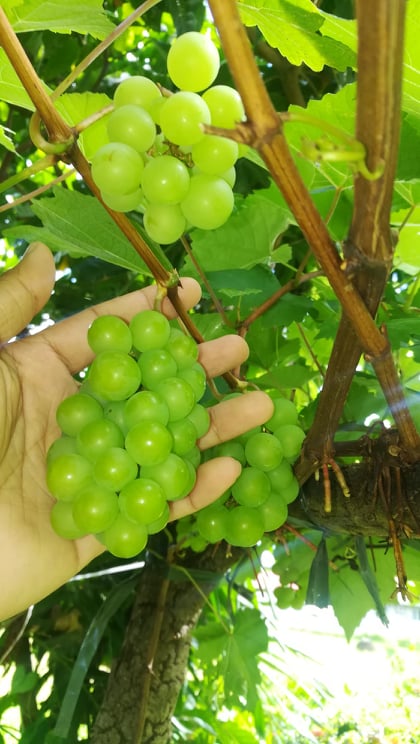 The idea of grape farming presented itself to Saturinas through a dream.

“I was a beginner seafarer for a short time, with experience of sailing in an international vessel as a deck cadet. On my first contract, I completed it and returned to my family safe and sound,” Saturinas said.

But his struggles began when he boarded his second vessel. He shared that he was psychologically abused by the chief mate, or first mate, which caused him to develop depression and anxiety from the stress of being treated unfairly.

He and his family then decided that he should just go home and by December 2018, he was laid off from work. He took this as an opportunity to start healing himself from the trauma he got from his previous contract.

“After a month, I was still in the house and not feeling well until I prayed for healing. When I slept, I dreamed that I was eating grapes with lots of fruits that are sweet,” the seafarer said.

Later on, he realized that it might be a sign telling him about what to do with his life.

Those dreams were the ones that gave him courage to pursue agriculture, particularly grape farming.

Proving to others that he can

Before he engaged in grape farming, Saturinas admitted that he had no prior experience in agriculture but when he was a child, he would assist his grandparents in planting crops such as bananas and camote, and he would also observe them while they planted rice.

Saturinas added that he considered himself to be blessed with a green thumb because he noticed that whenever he plants something, there is a good chance that the seeds will germinate or propagate well.

This is one of the reasons he decided to grow grapes.

“I believe that most Filipinos do not know that the Philippines is a great place to grow grapes. I’m spreading awareness that grapes do grow well in a tropical country,” he said. 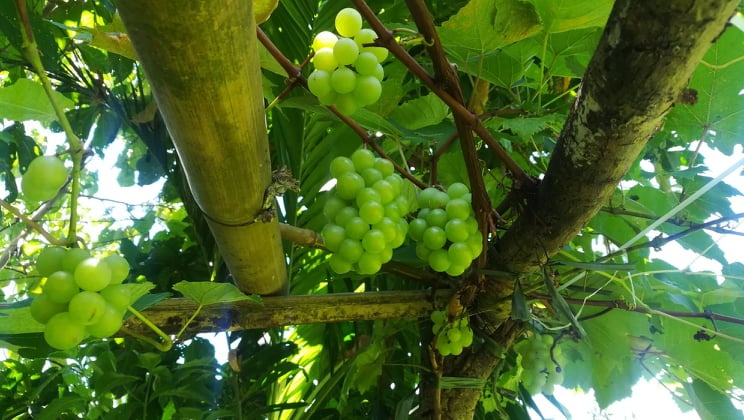 Various grape varieties have been growing in the young seafarer’s vineyard.

When he first started growing grapes, the seafarer only had one variety: the Catawba grapes which he describes as not so-sweet and are suitable for those who have just started grape farming.

Once he got a hang of the basics on how to grow grapes, Saturinas added more to his collection which include table grapes such as the Joy seedless grapes (Vitis labrusca), Friesa grapes (Vitis vinifera ‘Freisa’), and the hybrid Baikonur grapes to name a few.

Saturinas shared that in growing grapes, one can actually purchase grape cuttings or a seedling to get started.

“I started from seedlings then after a year, I grew them using the cuttings of my mother grape plant. Planting grapes in cuttings is like planting a rose. Fresh cuttings have a higher chance of propagating. But grapes do not like too much water,” he said.

The challenges he faced in growing grapes

“I faced many challenges in growing grapes. One is that many others believed that I can’t grow grapes in our area. But I continued planting and showed them that they’re wrong,” Saturinas said.

Another problem that he encountered in growing grapes is that its leaves are very susceptible to insects and fungus. Luckily, some strangers who also own grape farms guided him on how to care for his grapes so these can grow healthily.

Now, he practices natural farming in his vineyard by using natural pesticides and organic foliar fertilizer in maintaining his fruits. 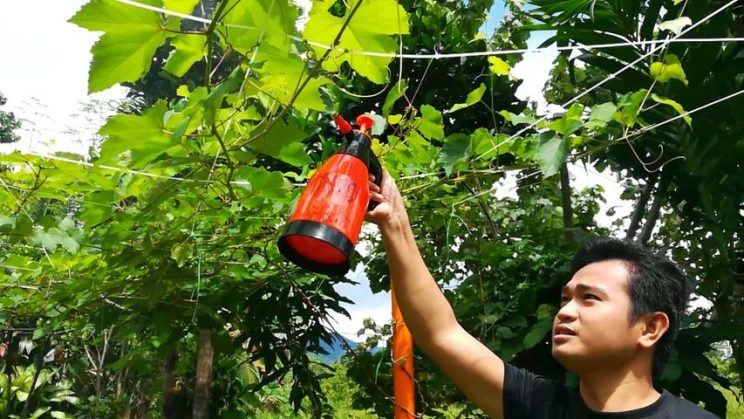 “My first harvest for a grape vine was about two kilos. It was not that much because rain destroyed the formation of berries when my plant was in the flowering stage. That is why pruning should be done in early summer,” the seafarer said.

From the harvested fruits, he tried making his own product: grape jam. After letting his family taste it, he received positive feedback since they liked the taste especially his father who appreciated the distinct flavor from the fresh grapes.

He has also been selling harvested grapes via his Facebook page.

Being proud of his developments in grape farming, the seafarer has also set up a YouTube account where he documents his progress and even offers tips to aspiring grape farmers.

With more than 16,000 subscribers, Saturinas already earns money from the website which he then uses to purchase high-class grapes that are more resistant to rain because his current location is prone to showers throughout the year.

“Vlogging means a lot to me, not just because I earn something from it, but because it gives me hope and determination from the people that supported me when I have nothing. My vlogs also inspire some millennials who are interested in agriculture,” Saturinas said.

He added that he also learns different things about grape planting because of doing research so he can answer the questions posted by his subscribers.

Eventually, he plans to open a vineyard that can also serve as an agritourism destination where people can dine in the premises while enjoying a good view of the grape vines.

For now, he has ceased transactions on his farm and has gone back to working on a ship so that he can earn extra money to fund his dream grape farm which has helped him get back up on his feet.