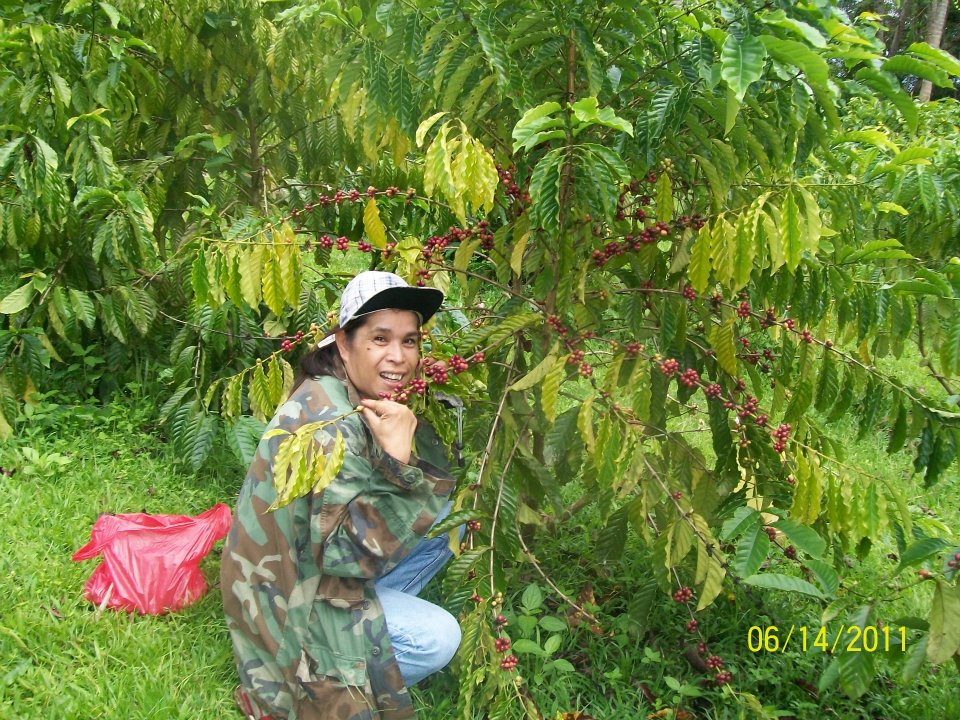 Never did Larrie Adanza dream of becoming a coffee farmer. She used to work in the US doing office tasks.

Oftentimes, people would venture out into new horizons to find greener pastures. Others do it for the thrill of the unknown and to gain new experiences. But even though the world has a lot to offer, oftentimes there’s gravitational pull inside that brings us home no matter how far we go.

Sometimes random items such as a familiar smell, a cherished memory, or a particular item that bears meaning will invoke the longing for home or a feeling of wanting to stay somewhere comfortable.

For Candelaria “Larrie” Gallardo Adanza, the owner of Adanza Coffee Farms in Anahawan, Southern Leyte, it was the sight of coffee that prompted her to stay in her old neighborhood permanently.

Although a native of Leyte, Adanza has worked for about 30 years in the United States where she did office work for various industries such as hotel and tourism, medicine, and education.

In 2006, she went home to the Philippines to recover from a major operation and had come across some seedlings in their hometown. Curious, she asked the caretaker and learned that those were coffee seedlings that were being distributed by then Leyte Congressman Roger Mercado to help individuals and communities in the region find a means of livelihood. 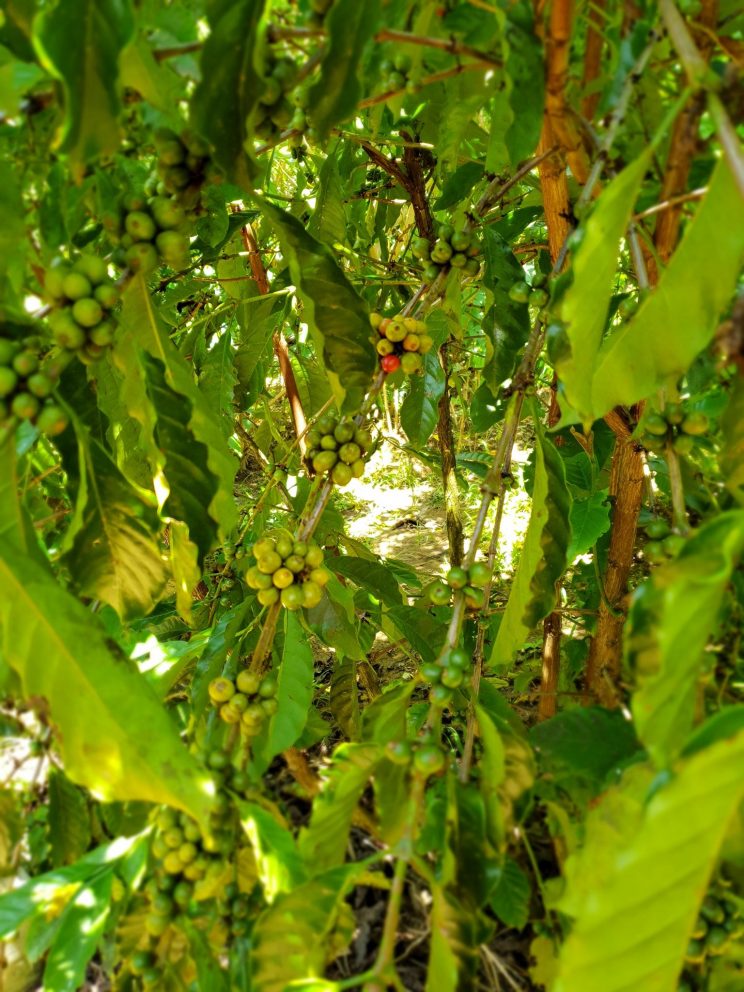 Adanza’s fascination with coffee started when she first saw its seedlings when she came home to Anahawan from the US.

Right then and there, Adanza wanted to be a part of this project and her name listed among others as the beneficiaries of coffee seedlings.

One reason why Adanza was greatly interested in receiving coffee seedlings is because she saw the potential of having these intercropped with the coconuts growing in several plots of land owned by her family.

“We asked our tenants what we do about these cocolands. There must be other products that we can develop aside from coconuts,” Adanza said.

By growing coffee alongside their coconuts, she thought that it would boost productivity and result in other agricultural products aside from copra or dried coconut meat.

There was one problem though: Adanza had no idea how to grow coffee!

“I’ve had no prior experience in growing coffee. The only thing I knew about it was how to brew and drink it. I didn’t even know what a coffee tree looked like,” she said.

Adanza added that she also didn’t have any experience with planting despite living with her aunt who owned a farm that produces crops such as corn and root crops when she was young.

“She would work out in the farm while I played in the area. By the time we’re about to go home, I would just bring home the crops that were harvested,” she said.

To make up for the lack of farming knowledge and experience, Adanza sought out training from experts who could teach her how to start her own coffee farm. 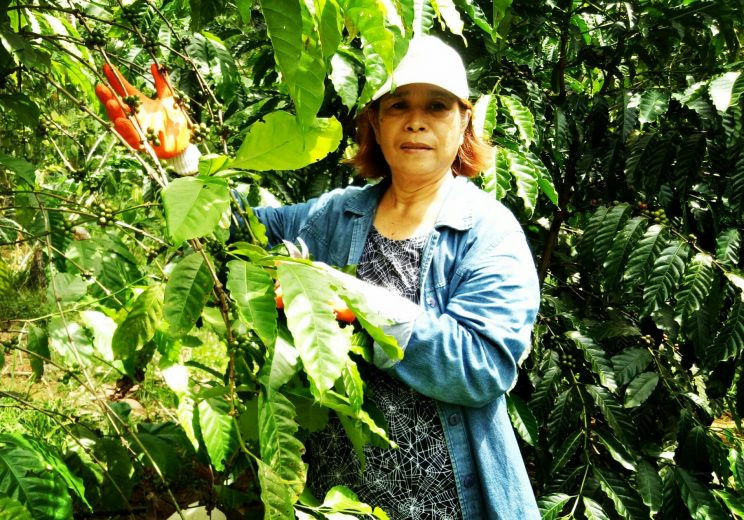 She personally went to Tagum City, Davao del Norte where she engaged in training about coffee production.

In her search, she found out about the Nestlé Experimental and Demonstration Farm (NEDF) in Tagum City, Davao del Norte. It was here that she got to learn about the basics on how to grow and care for coffee plants.

A timeline of her efforts

By October 2008, Adanza started training in coffee production at the NEDF. She even invited other farmers in their hometown who are interested in learning about growing coffee as well.

Out of the 14 people that she asked, seven agreed to go with her and they then set off to Tagum City to participate in the training.

“The first thing that we learned about coffee farming is the coffee production technology,” she said.

Equipped with knowledge from the NEDF, Adanza felt ready to start her coffee growing journey.

“When I got back home, it was perfect timing because the seedlings from our local government unit had also arrived,” she said. 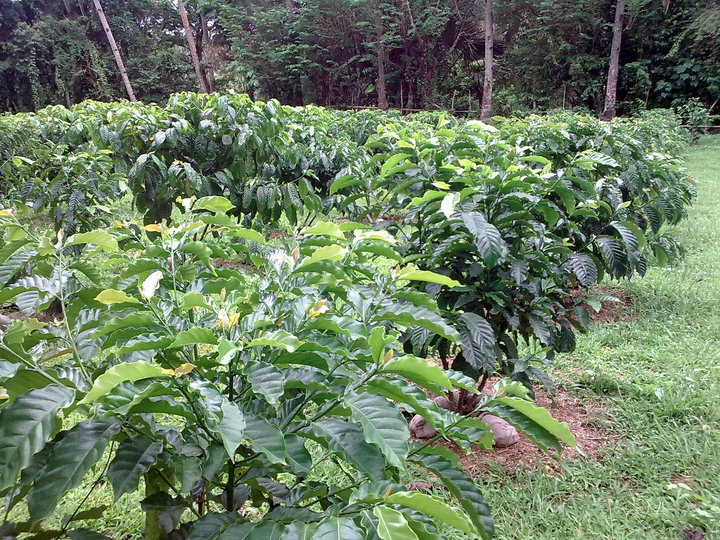 About 3,000 coffee plants were planted in 2.3 hectares of land in Anahawan.

After 18 months of tending to her coffee plants, Adanza managed to harvest a significant amount of fruit. She also applied the knowledge she learned from NEDF and processed the berries into beans which she then sold in Cagayan de Oro around 2011.

But a year later, Adanza, found it troublesome to travel all the way to CDO just to have her coffee beans sold. So she thought, “Why don’t we do it ourselves?”

She then began roasting her coffee beans to create brown coffee and packaged them simply, just enough for her to be able to sell her products nearby. She even invested in a huller from Davao City to expedite the process of removing the parchment layer from wet processed coffee. 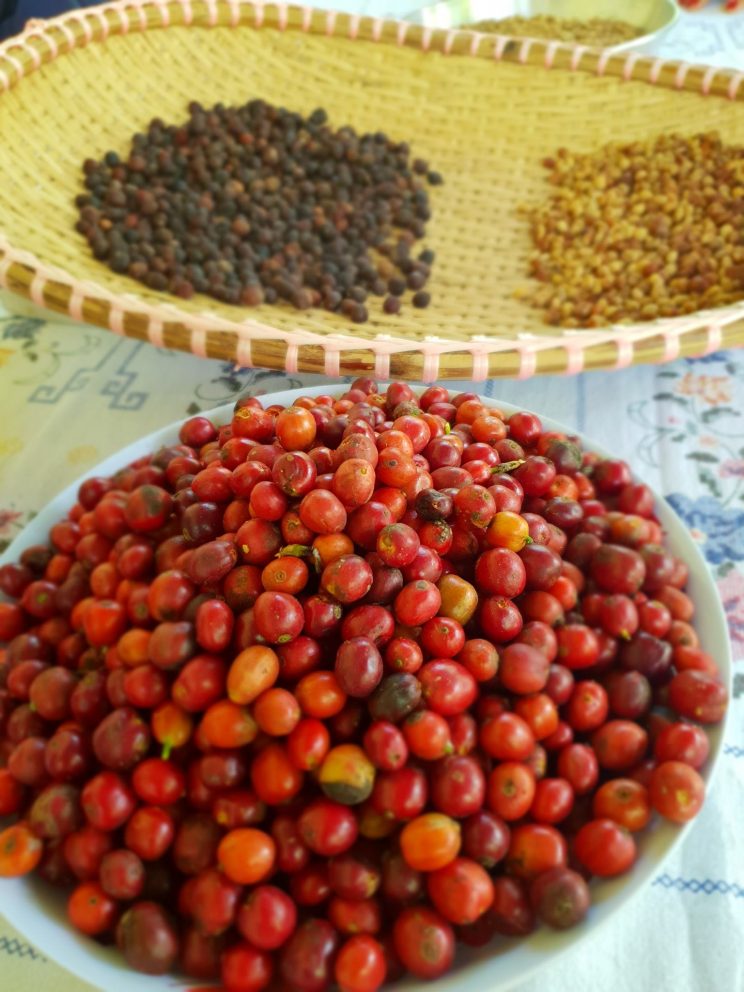 To make things easier in terms of selling her coffee, Adanza decided to process the coffee on the farm itself rather than going to CDO.

Since Anahawan isn’t an elevated area compared to Batangas and Kalinga which are popular coffee growing areas, the coffee variety that Adanza grows is limited to robusta.

From these, she manages to produce roasted ground coffee and roasted coffee beans to cater to the preference of her customers.

“Not all of us have coffee grinders while some prefer whole beans in making their coffee,” she said. But she said that one way for everyone to enjoy the coffee is by boiling the beans or grains until a fresh aroma comes out that signals that it’s ready for drinking.

In 2013, Adanza received a visit from the Department of Agriculture’s Regional Office 8 because they heard that she was running a coffee plantation. And sure enough, they saw her coffee farm function which then led it to becoming validated by the DA-RO 8.

Out of the 29 beneficiaries of coffee seedlings in Anahawan, Adanza takes pride in knowing that she was the only one who managed to make the plants prolific and earn a significant income from it.

But just like other farms, Adanza’s coffee plantation also experienced some challenges. One was the El Niño in 2015. Although her coffee plants were affected, she was not discouraged and continued to provide her plants with the requirements that they need.

“I could not go back to the US anymore and leave my coffee plants. I have come to love them and I particularly enjoy the aroma that their flowers give. It smells like sampaguita but is more fragrant, especially when they’re blooming,” Adanza said. 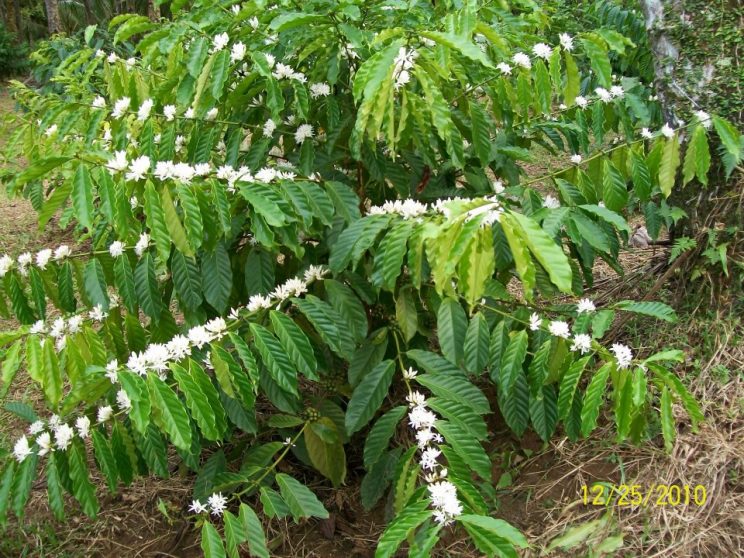 Flowers blooming on a coffee plant.

With 30 years of working in the office behind her, Adanza has found her greener pastures back where she started with a newfound purpose of growing coffee plants.

In the second part of the article, Adanza shares some of her practices in growing coffee and how her farm became the first in Southern Leyte to have a processing plant.

Growing coffee brought a local back home to Leyte where she flourished in the trade, part 2: Growing coffee plants through intercropping