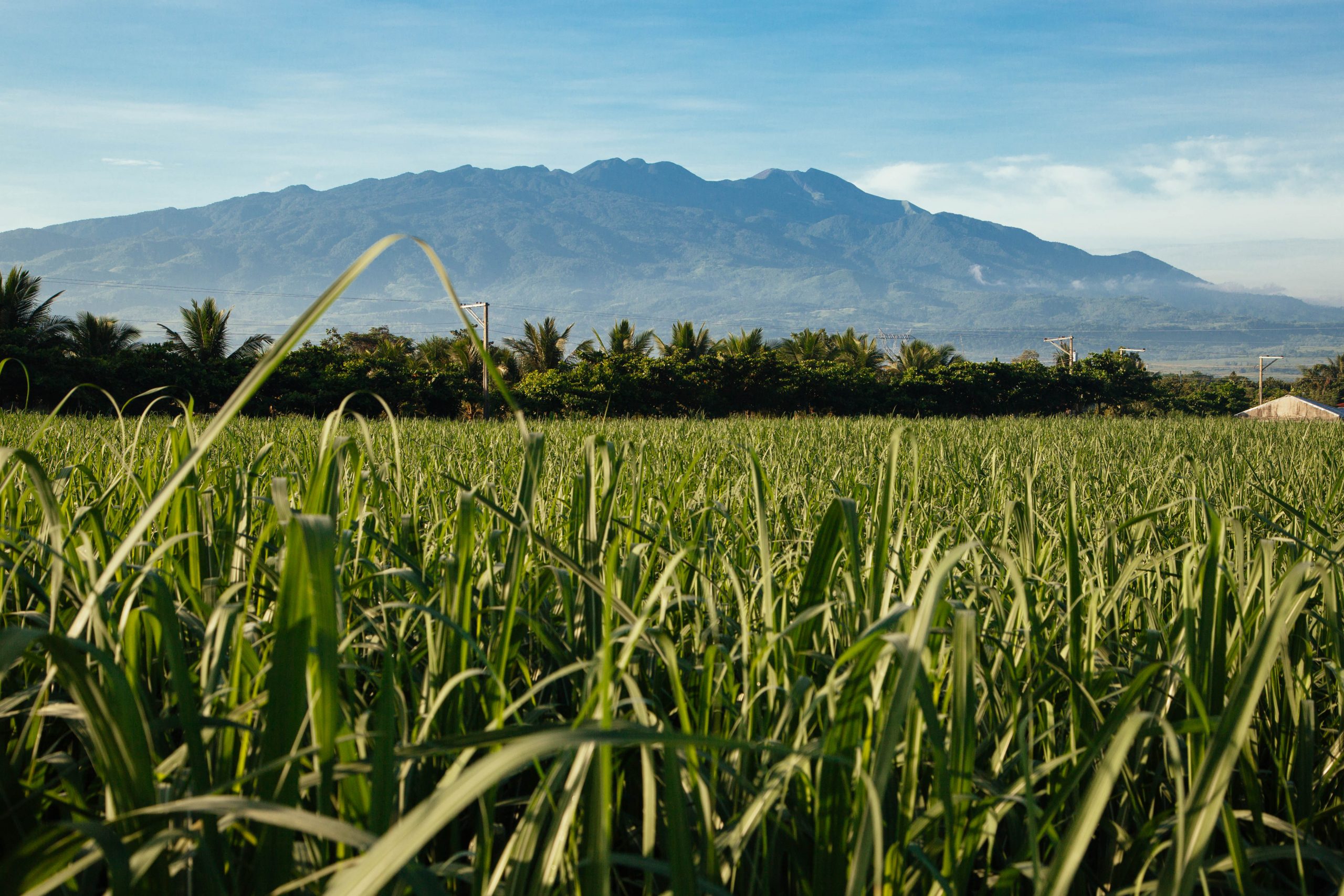 Rum making has the potential to make a big impact on the sugarcane industry because molasses, its main ingredient, is a byproduct of the sugar making process. (Photo courtesy of Bleeding Heart Rum Co.)

“Since 2014, when we first released Don Papa… we had always kept our eye on bringing more innovation to the brand. We started doing what we call barrel experiments. We started using different types of wood to be able to create different types of products, and that was with the intention for us to be able to expand our portfolio and also build on our expertise on developing these types of products… we’ve had expressions that we’ve released before… and these are all results of these experiments,” says Andrew Garcia, managing director and co-founder of the Bleeding Heart Rum Co..

Rye whiskey was the drink of choice in the USA before the prohibition, whereupon it was overtaken by bourbon. It’s only now once again gaining popularity thanks to the ongoing interest in cocktails.

Don Papa’s new limited edition spirit is Philippine rum aged in rye caskets for four years, resulting in a golden amber liquor that’s sharper and dryer, with a versatility that allows it to be used in different cocktails that might use rum, gin, or whiskey. It’s got a rich, bright texture; notes of honey and black pepper; and a long, velvety, yet delicate finish.

“Rye was a bit of a wild card to be honest, because rather than aging in the bourbon barrels and transferring to other barrels for the so-called finish, we instead tried using new rum and putting them into rye barrels straight and I think the combination you find… is a unique liquid that we felt would be an interesting addition to our portfolio,” Garcia adds. 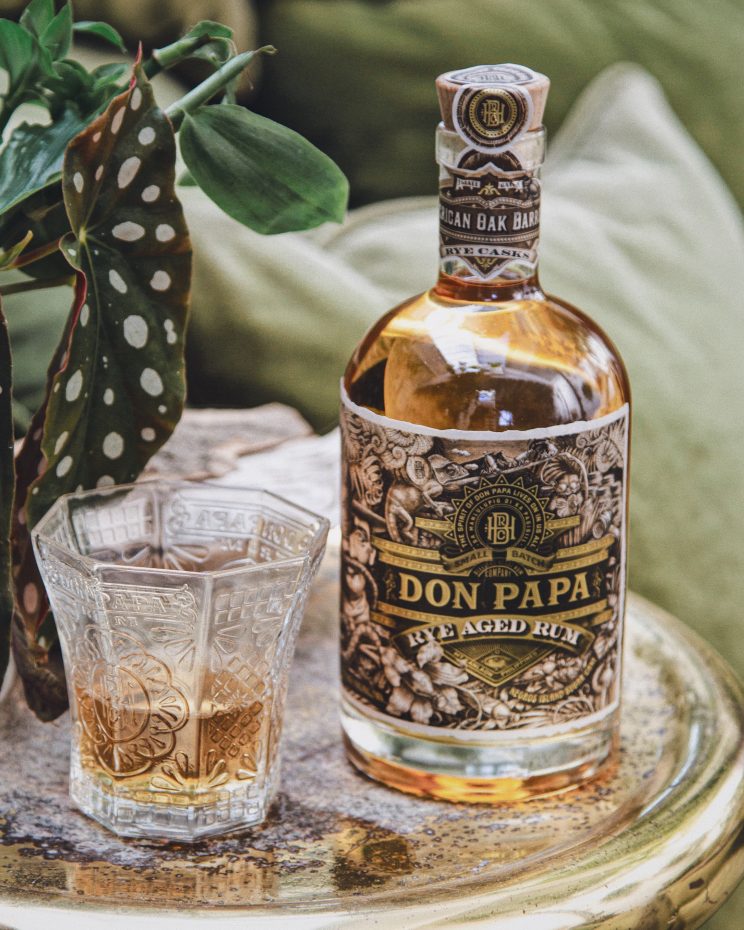 Don Papa Rye Aged Rum is aged in rye whiskey barrels for four years, resulting in a sharp, dry rum that’s excellent on its own or in cocktails that use rum, gin, or whiskey. (Photo courtesy of Bleeding Heart Rum Co.)

Rum is made from molasses, which is a byproduct of when sugarcane is processed into sugar. Large rum brands around the world can have a considerable impact on the sugar industries of the countries they get their molasses from.

“Let’s take a step back from Don Papa because Don Papa, if you take a look at it, our volumes, in the grand scheme of things, are not as large as other brands. But the rum industry as a whole does have the impact on the industry. The molasses byproduct which is used for Don Papa as well as the huge brands, are all byproducts of the sugarcane industry. I think what’s unique about the rum industry is that you are able to effectively use byproducts and components of the sugarcane industry and make them productive and I think that is certainly an important and integral part of being able to keep the industry sustainable and at the same time helps us as a brand be collaborative with the agriculture industry,” Garcia says.

While Don Papa, being a small player compared to the mainstream international brands, isn’t there yet, there’s a distinct possibility of quality alcohol production making its own mark on the agricultural landscape, particularly of sugar-producing Negros.

They are a single island rum, “which means all of our molasses is sourced from sugarcane that is only from Negros. So we are all about Negros, we are all about the Negrense sugarcane industry and we do what we can to be able to support that particular industry,” Garcia says. “Having said that, I think as we grow older as a brand, I would love to think that we have as big an impact as we can in the industry.”

Communications Director Monica Llamas-Garcia adds, “While we are not directly working with the sugarcane farmers,,, we are a single island rum so we really look at the people that we’re working with. It’s a very collaborative effort. I always say one bottle of Don Papa involves everyone on the island from people who sow the fields of the sugarcane to those who actually bring the sugarcane fields to the mill to the mill workers who churn the sugarcane and bring out the molasses and the people in the distillery who distill the molasses and up to the people who blend it and bottle it. So this whole process of the creation of Don Papa Rum is a collaborative effort.”

The best sugarcane in the world

There’s an important word that gourmands use called “terroir.” French for land, it pertains to the specific characteristics that being grown in a certain region can give to a crop. Factors like climate, soil, and water can result in an ingredient whose taste is specific to that special region it’s grown in. This unique growing environment is what makes the sugarcane from Negros arguably some of the best in the world.

“The real hero for us in terms of the cane and the molasses that comes from Negros is the mighty volcano in the center of the island which is Mt. Kanlaon. This does lend to quite fertile soil on the island, which is why it’s such a breeding ground for some of the best cane, that I feel, in the world,” Grcia says. “The sugar, as well as the molasses that is produced in Negros is very high quality. The molasses in particular is super high grade and I think in terms of the type of cane and the type of molasses that we are able to have access to for the rum makes a huge difference in the quality of the spirit.” 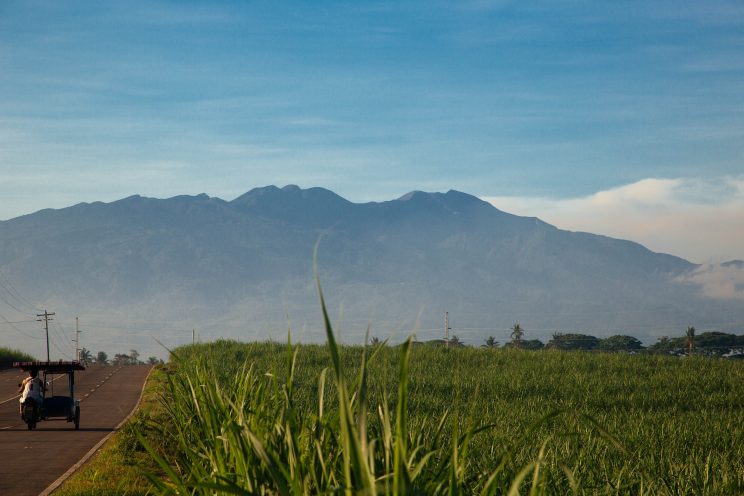 Mt. Kanlaon, the volcano which sits in the middle of Negros island, is the key to the area’s fertile soil and quality sugarcane. (Photo courtesy of Bleeding Heart Rum Co.)

Elevating a tradition of rum making

Not only is the sugarcane the molasses is derived from of excellent quality, Garcia adds that rum making in the Philippines actually goes back at least 200 years. “When people think of rum… what people think of are the Caribbean, Central America, South America, and maybe India in Asia or Australia. What we want people to know is that rum making tradition has been here in the Philippines for almost 200 years and it’s really been part of our DNA, it’s been born out of the sugarcane industry,” Garcia says.

“This is a sugarcane producing country, sugarcane is native to here, we should be making great rum and we should be making great expressions. And I think that alone motivates us to be able to explore more and more experiments and as long as there are new flavors to be found through all these experiments, I think we are going to continue these fine expressions and releases over the next few years or decades or however long we can continue to define more and more barrels.”

Needless to say, Don Papa Rye Aged Rum will not be the last of the limited expressions that will be crafted by the Bleeding Heart Rum Company, which owns Don Papa.

“Moving forward, we’re going to continue being as innovative as we can in terms of introducing new products to our portfolio and every year, that’s the calendar we’re working on, we’d love to be able to introduce something  new for people to try, for people to enjoy, as well as to hone our own skills in developing new rum products,” Garcia says.

“This year might have been a little of a step change because of the current climate and situation, but I think for us, we felt like it would still be a great time for us to introduce a new product because people are still out there basically enjoying rum, enjoying the brand in different ways as well. We felt like it would be something that would help uplift and close out the year.”

Seven houseplants that can thrive in the bathroom