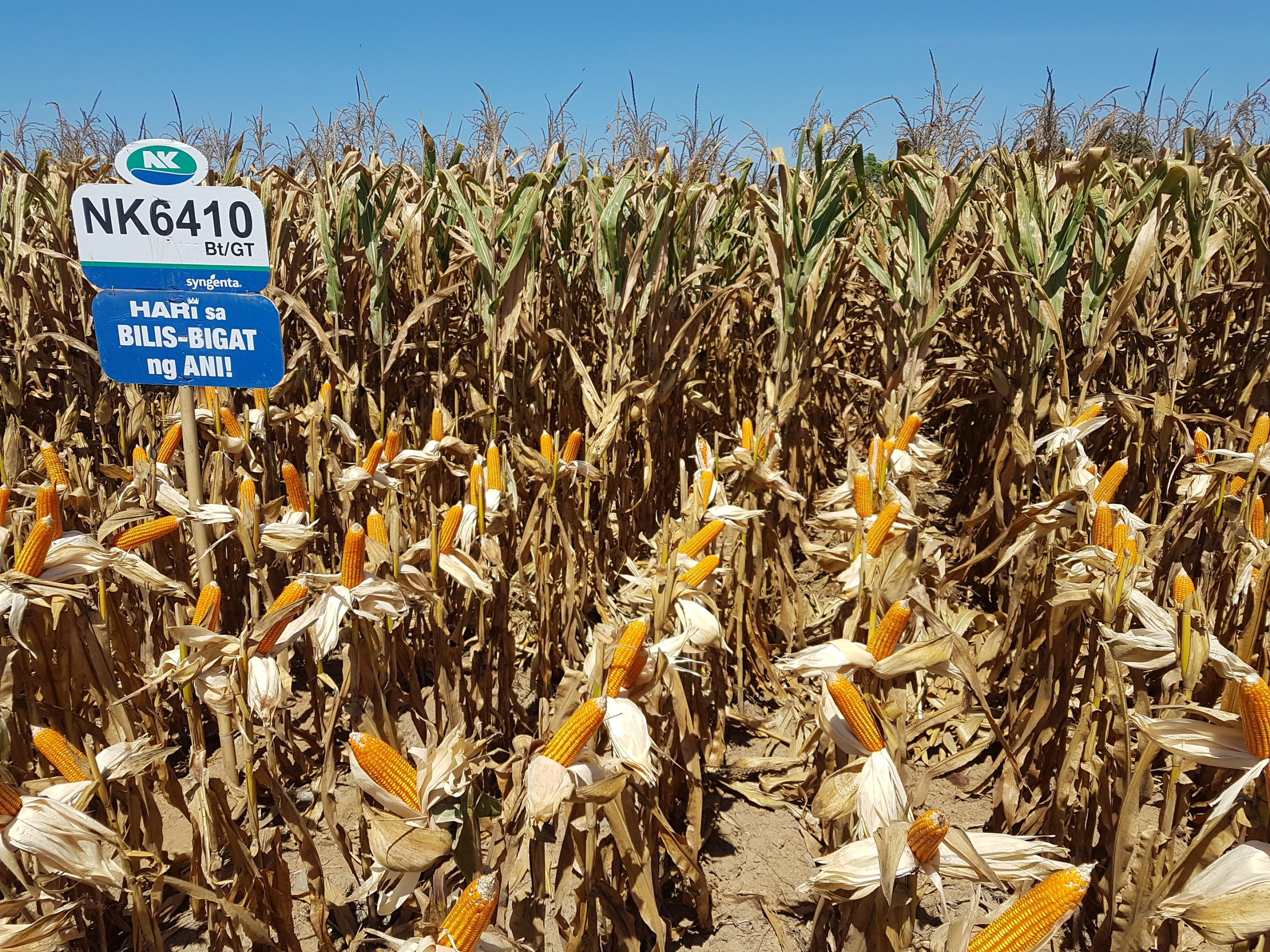 The event was launched last June 8, 2020 in Banga, South Cotabato. There, four seed companies brought their best two hybrid varieties to compete and showcase their performance on four stages: On the germination stage, varieties were evaluated based on which ones had better germination percentage. While going through the vegetative stage, the produce were measured according to standability and vegetative result. Crops during the soft dough stage were judged according to ear size and quality and signs of disease damage. Lastly, the over-all top performing variety was chosen according to yield size during the harvesting stage.

Syngenta highlights NK6410’s multiple strengths as the basis for its top performance. NK6410 has a considerably short maturity period of just 105 days. It is easy to dehusk and is lodging tolerant. The resulting produce has heavy and quality orange flint grains. NK6410 boasts of a maximum potential of 12 metric tons per hectare. Consistently performing in various corn growing regions and conditions, this variety has been proven to be suitable for both wet and dry seasons.

NK306 has also shown to be a strong variety, being resistant to Diplodia Ear Rot and to stalk rot. It has large cobs with good grain size and color. This top-notch variety produces crops with good husk covers and are easy to dehusk. NK306 has a large yield potential of 12 metric tons per hectare.

Choosing high-grade seed varieties that result in harvests of large, high-quality yields make a significant impact on the farmers’ end revenue. Assuming, for example, that each kilo of grain is sold for Php 10.00, NK6410’s yield of 1.5 metric tons over the Corn Derby 3rd placer would make a difference of Php 15,000.00 in income. NK306 variety’s .5 metric ton yield over that of the 3rd placer would also earn Php 5,000.00 more in revenue.

With Fall Armyworm (FAW) as an emerging threat in the Philippines, it is essential that growers plant corn hybrids with good base genetics. Together with a holistic management approach, along with crop protection intervention– using products like Match and Virtako–dealing with pest issues becomes easier for the grower. The chances of plant recovery from pest attack is greater. Yields and grower incomes are protected.

The South Cotabato Provincial Corn Derby was an initiative of the Office of Provincial Agriculturist to identify which hybrid is best suited to the conditions and the low level elevation of the province. This is also in line with the Department of Agriculture’s plan to increase food sufficiency through advanced technologies that increase farm productivity and profitability.

Syngenta, as a leading producer of high-quality corn seed varieties, continues to strive and innovate for solutions that will help farmers realize the maximum potential of their harvests.