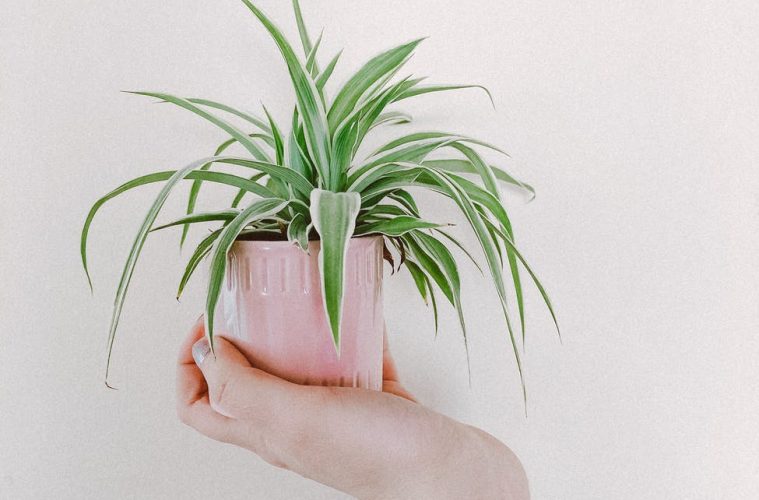 When it comes to disciplining children, a common parenting strategy is to impose a curfew to allow the kids to enjoy life in moderation. Through this method, the children can learn about responsibility while their parents can rest easy at night knowing that their kids are safe inside their homes.

But when one breaks curfew, the consequences are unlike that of Cinderella who left just after the clock struck midnight. In the real world, some parents would be creative in exacting out punishments such as taking their kids’ allowances, or assigning them to do household chores.

Coming home late from his friend’s house, Nikki M. Gulay, a first-year college student from San Jose Del Monte, Bulacan, knows that he’s about to receive a good talking-to from his mother.

Luckily, he thought of something that could get him off the hook: presenting her with an ornamental plant that he got from his friend’s house.

“My mother had some experience in gardening and she’s interested in it,” Gulay said when asked about why he decided to give his mother a plant.

When he reached home, Gulay gave the plant to his mom, Judy, who received it wholeheartedly.

“She was all smiles and she thanked me for it,” he said.

Later on, the first-year college student posted two photos on Facebook. One of him carrying the cuttings while on the way home, and the other is a screenshot of his mother’s post where she’s thanking him for his pasalubong.

Gulay captioned this post as “Tips on how to not get scolded when you come home late.” (Tips para ‘di ka pagalitan ‘pag umuwi ng gabi.) 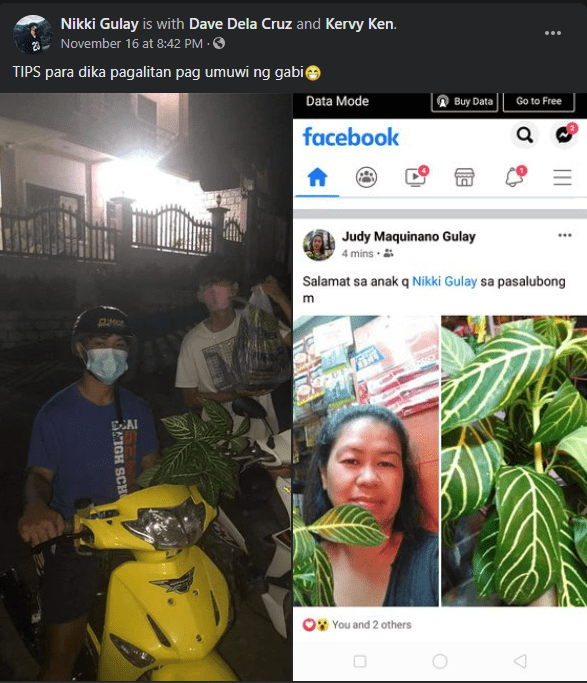 Although he has no knowledge about what kind of plant it is, Gulay is happy to know that his mother has already planted his gift and is now waiting for it to thrive in its new home.