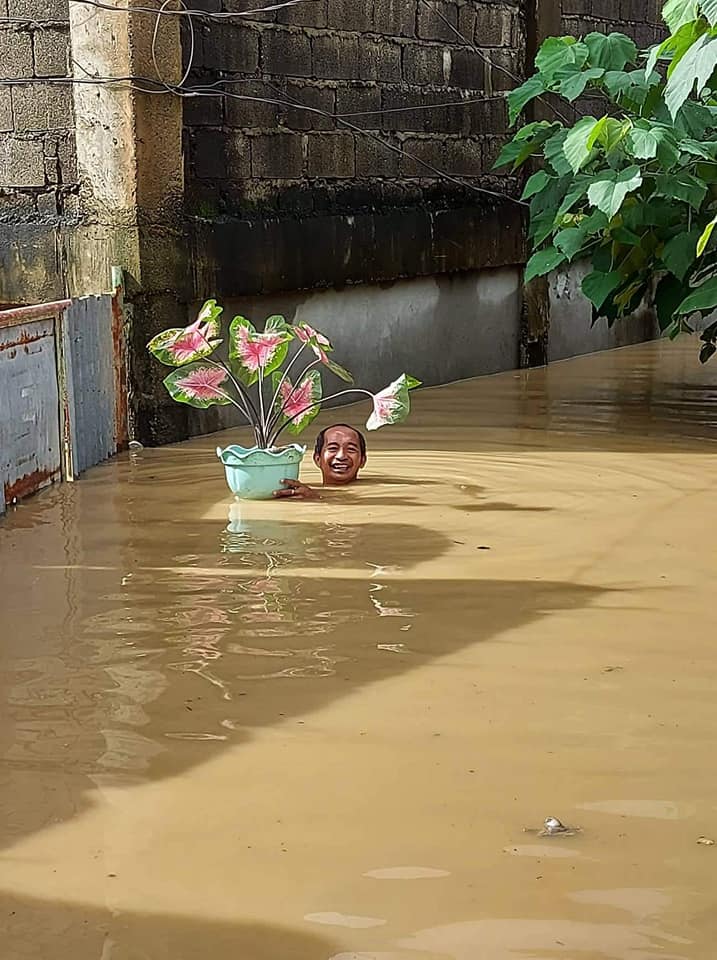 Featured photo: Samuel Rojo from Tuguegarao City holding a potted caladium that he saved from the flood during the onslaught of Typhoon Ulysses.

The recent typhoons, aside from the yet unbeaten COVID-19, have brought a heavy weight to the lives of many Filipinos. Amidst all this, others continue to bring joy and positivity to lighten the situation.

Samuel S. Rojo Jr., a teacher and real estate agent who is also a plant and animal hobbyist, shared a photo of him holding a caladium plant in flood, which caught the attention of several people on the internet.

Rojo says his intention was to uplift the hearts of fellow Filipinos. “Kahit papano gusto ko matuwa mga kababayan ko sa post ko sa panahon ng kalamidad. In that way, mababawasan po ang stress at lungkot sa kanilang puso.” (Somehow, I just want to share good vibes to my fellow Filipinos through my post at the time of the calamity. In that way, the stress and sadness in their hearts would be reduced.)

Plants are living things that, as per Rojo, should be saved from these calamities. Rojo and his wife consider their plants as their stress relievers. Through the photo, Rojo also wanted to show the importance of plants in our ecosystem.

Aside from the caladium, he said that they also have another whale fin snake plant (Dracaena masoniana) that he wasn’t able to get due to the rising water level, yet was returned by their neighbor after the flood subsided. Their municipality was devastated during the Typhoon Ulysses, which was followed by the water release from Magat dam.

Rojo admits that the photo was planned by him to share positivity to others. Although there are areas that were fully submerged in flood, he revealed that the water where they took the photo is not too deep at that time. He says in Taglish, “I knelt down a little so that my body would be submerged in the flood while I was holding my wife’s favorite caladium.”

Days after the calamity, like how his post has put smiles on others’ faces, Rojo’s family, despite being the victims of the typhoon also, didn’t forget to share via donations and also volunteered help among the other barangays who were most affected in Tuguegarao City.

Small space gardening: Palawan’s plantito pursued his love for ornamentals during quarantine and now owns over 1000 plants in his 80 sqm home