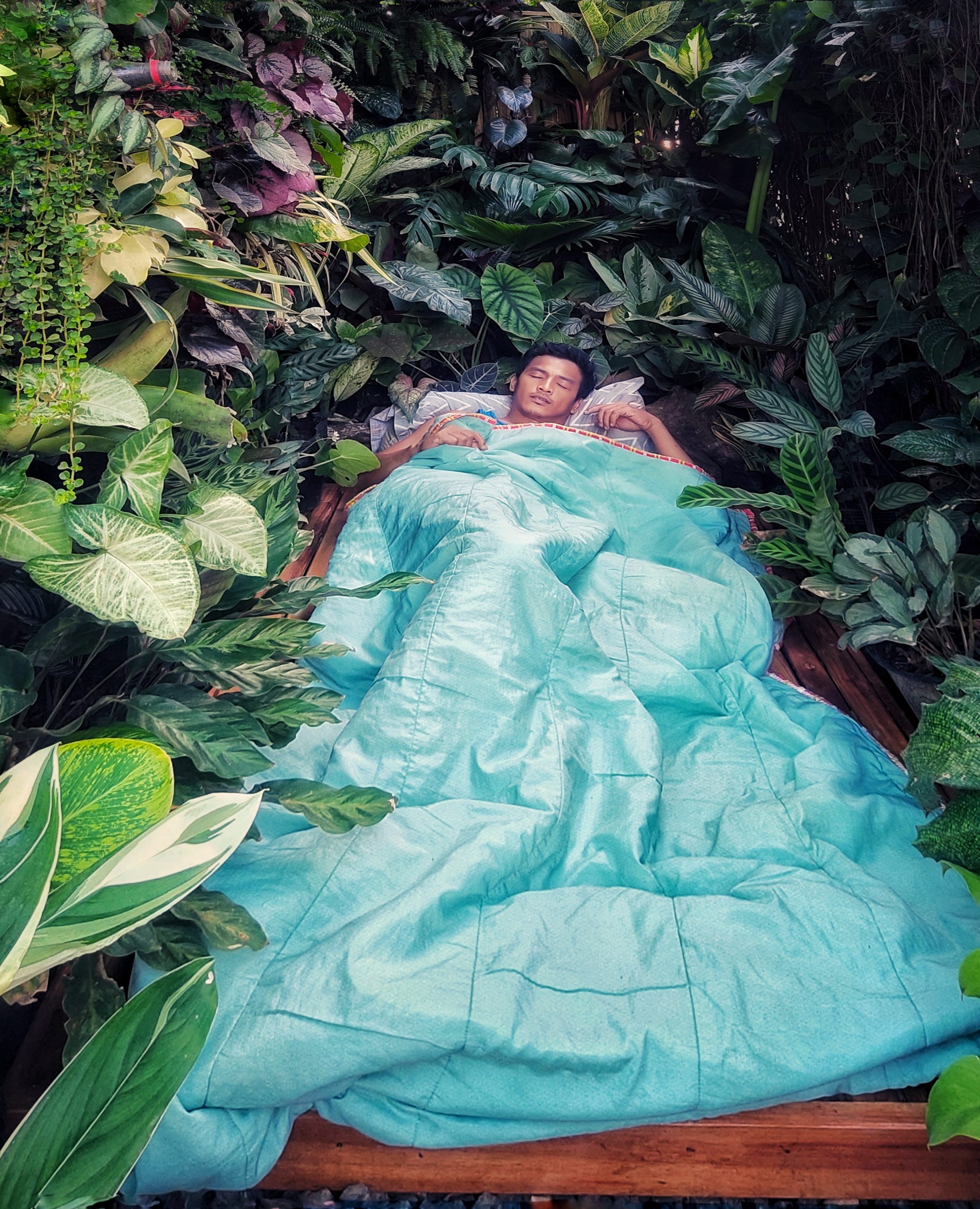 A fun shoot that Guarino used to disprove stereotypes in his garden like having anacondas and lots of mosquitoes. “None of them is true,” he said. He stressed that the area is beset with pest repellents like citronella. With his garden measuring 1x2 meters, this leaves no space for snakes, considering most of the plants are hanged, too.

Ranil Gabo Guarino, 40, is a plant hobbyist, government employee, and a recent graduate of law school. Guarino resides in Puerto Princesa City, Palawan. His home measures about 80 square meters, including his lush tropical garden that he further enhanced during the quarantine period. 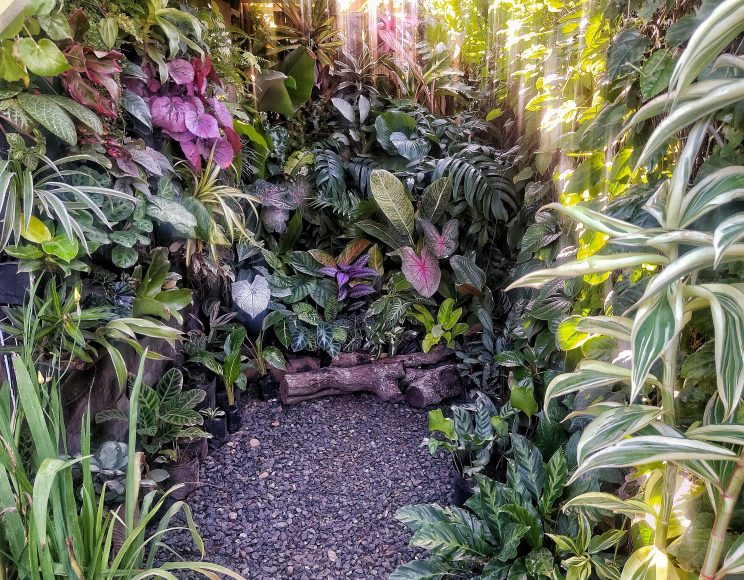 Due to the limited freedom in building a garden, Guarino vertically arranged plants to maximize his backyard.

Being born and raised in a family of farmers, Guarino has always been fascinated with plants. “I had a happy childhood on a farm and I know all the farm works including plowing, harrowing, planting, as well as harvesting rice and other crops.” He has been tending a few ficus trees and ornamentals like aglaonema for years, but didn’t initially plan to increase their numbers due to his home’s limited space.

His enthusiasm for ornamental plants further developed at the height of the COVID-19. He began collecting begonias, episcias, calatheas, caladiums, pothos, philodendrons, and Syngoniums. Among them, philodendrons are his current obsession. 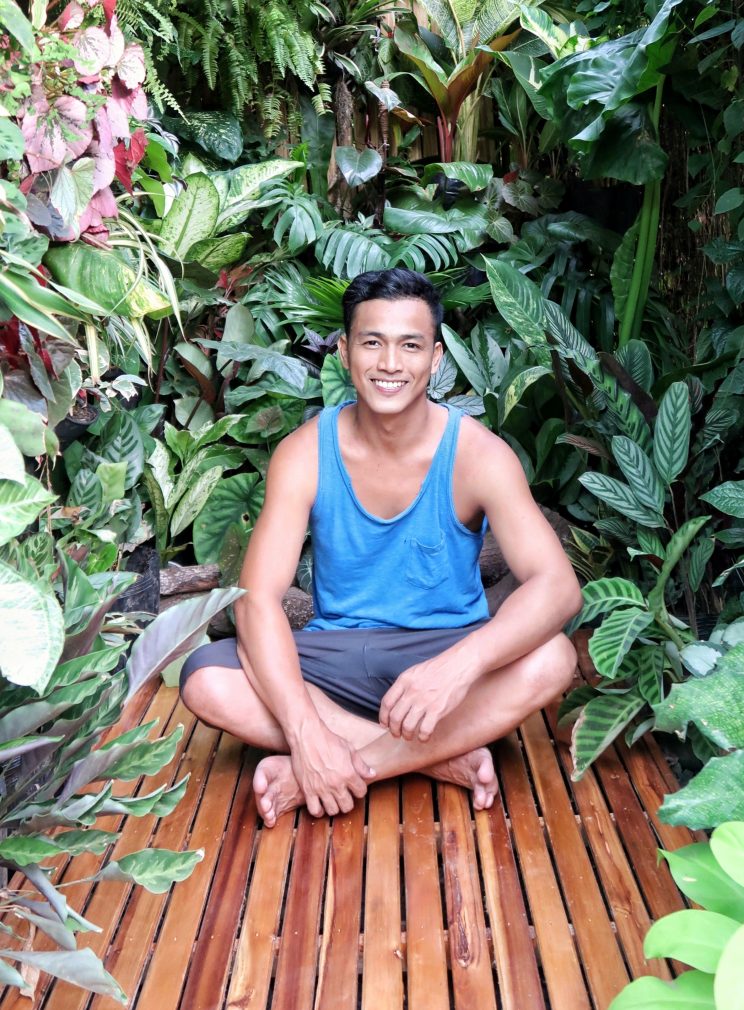 “[My] hoarding of plants started around May 2020. I didn’t spend so much on plants, which I usually get for free from friends and relatives and eventually, from bartering or plant swaps,” said the gardener.

Guarino is a grower of over 1000 individual plants of about 500 species, varieties, or cultivars. During the months of isolation, he took a liking not only in raising ornamentals, but also in arranging gardens.

As per Guarino, having a background in environmental planning and ecology was a big help in setting up his garden. He was a former teacher of ecology and geology and is a graduate of environmental science. “It helped me to create microclimate areas where plants are given the space to thrive pretty much similar to their places of origin.” 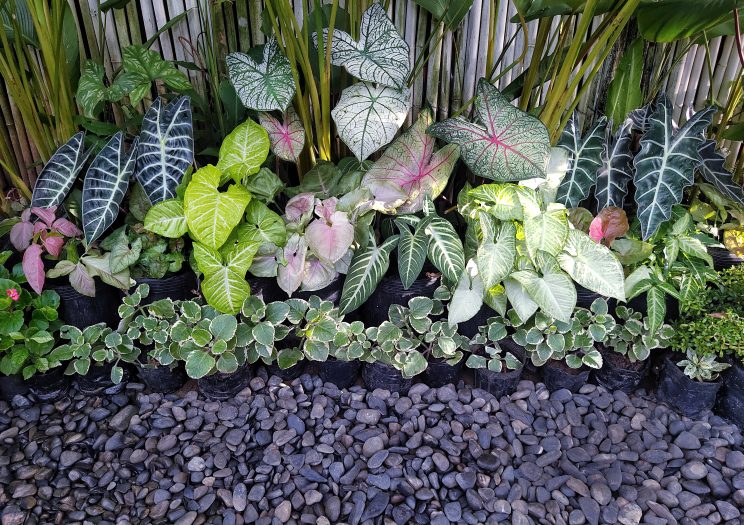 Guarino groups his plants according to their needs and variations. This is a Syngonium corner with variegation of alocasias and caladiums. The variegated oreganos serve a two-fold purpose: pot cover and insect repellant, he said.

Creating microclimate areas refers to controlling sunlight, water, heat, or humidity that varies according to the plants’ needs. Guarino’s backyard used to be extremely hot, making it difficult for some plants to thrive, so he put up a vine fence with a net on top. “Net was ideal because some tropical plants like calatheas love rain. I also controlled humidity by stacking a lot of plants together and putting crushed rocks on the ground. When you water the rocks, it will gradually release water when heated so heat and moisture in the air become more controlled,” he explained.

More of a hobbyist than a businessman

He rarely grows his plants from seeds, but frequently from cuttings or shoots. Guarino initially grew his collection of plants by asking cuttings and shoots from friends and relatives and eventually, through plant swapping. 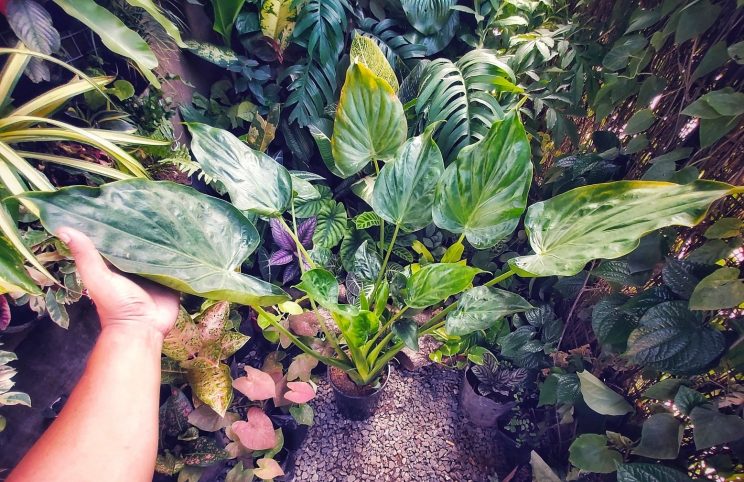 Guarino occasionally buys plants that are not rare or not locally available. He shares that he enjoys the process of growing plants, but since he propagates them, he decided to sell the propagated ones to make up for the amount that he has spent in purchasing the mother plants. The money he gets from this is just enough to supply his garden essentials and to grow his collection. He sells them online through his Facebook page called PLANTito. Prices of the plants range from P50 to P1000 and up for the rare and sought-after varieties. 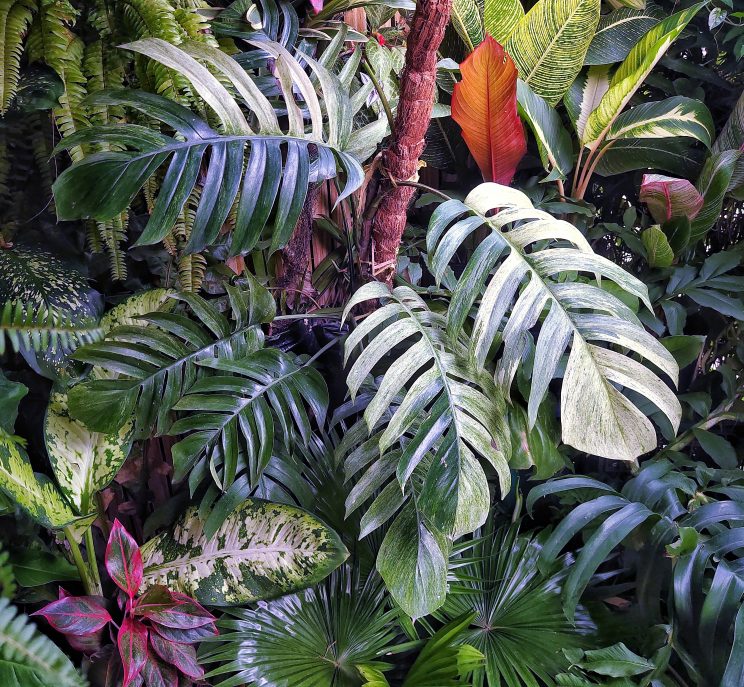 The largest plant in front that stands out is a rare variegated Epipremnum pinnatum.

In terms of the issue of ornamental overpricing, he says, “I think that pricing of plants is more complicated than it seems. They are not necessities driven only by the rules of supply and demand, but take into consideration rarity and willingness to pay.” To halt this situation from taking over the markets, he added that customers must be extra careful by researching and comparing prices from different marketplaces based on reasonable justifications.

The Palawan-based urban gardener has shared a few techniques that he has learned in gardening so far since he decided to pursue gardening as a hobby.

Know your plant. This is a crucial must-do in gardening. Carefully researching about each plant will likely increase your chance of making them thrive. Study their background, origin, habitat, needs, and enemies to gear your gardening journey to a successful one, said Guarino. 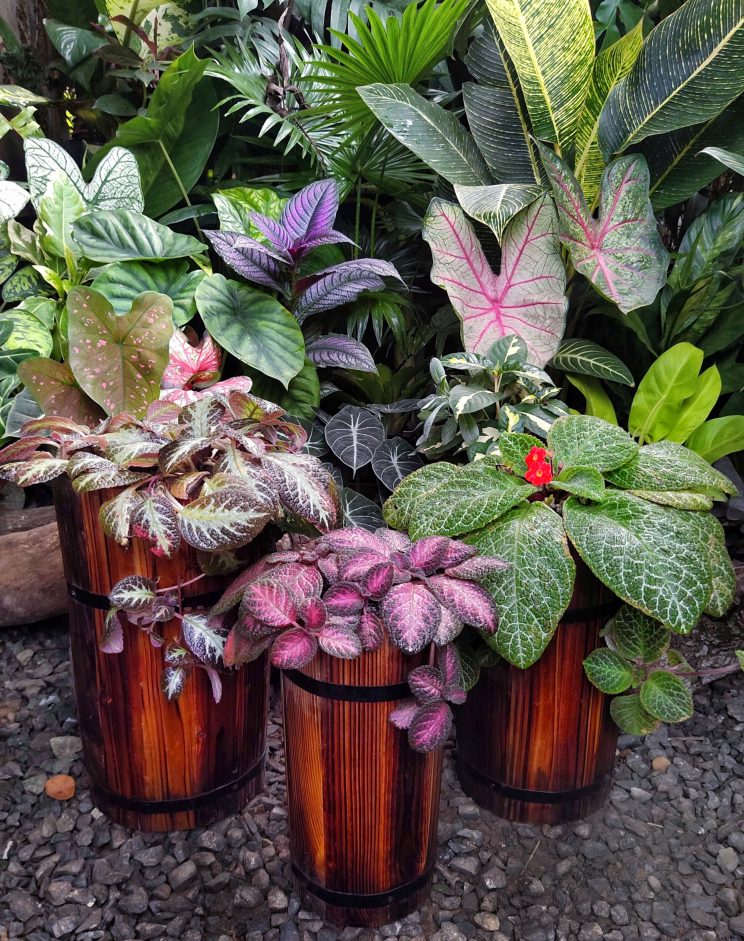 These are episcias in barrels. Episcias are some of the most vibrant and easy garden plants to grow.

Know your space. Apart from plants, familiarize yourself with your growing space as well. This will help you determine which plants adapt and grow best with the given climate. If you opt to tend those varieties that demand special conditions, you will have to adjust your space into an atmosphere that will suit their needs. 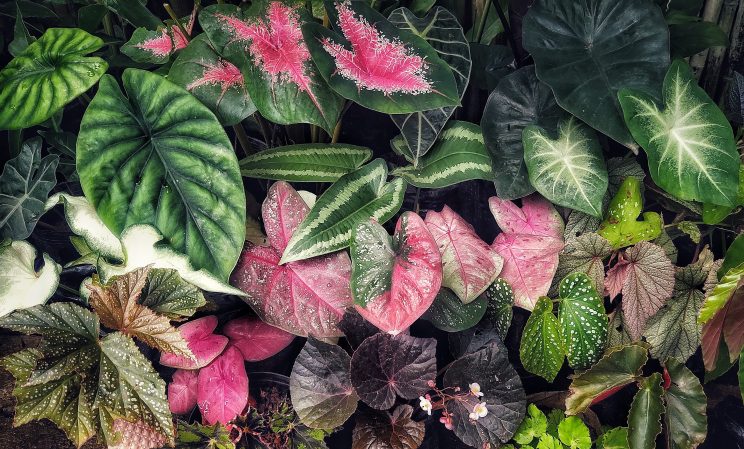 Choose plants with similar needs and requirements. According to Guarino, there’s no rule that says any plant can all fit in one environment. His secret in keeping his garden healthy and lush is by making things as simple by acquiring plants that flourish best in the country. “You save yourself from a lot of hardship by planting plants that have more or less the same requirement and temperament.”

Enjoy every step in gardening. Gardening will teach one patience, kindness, and all other social graces. Guarino added that this is especially true for ornamentals that don’t bear fruit.

Next year, Guarino hopes to open his garden to the public and envisions it to be the source of inspiration to other growers who would want to start a garden in a constrained space or not. Opening his doors will also allow him to showcase not only his collection containing both endemic and exotic plants, but will also enable him to share his knowledge in growing and protecting them.

To check out the garden, visit PLANTito on Facebook.

Head above the water: Man saves his caladium plant amid the flood