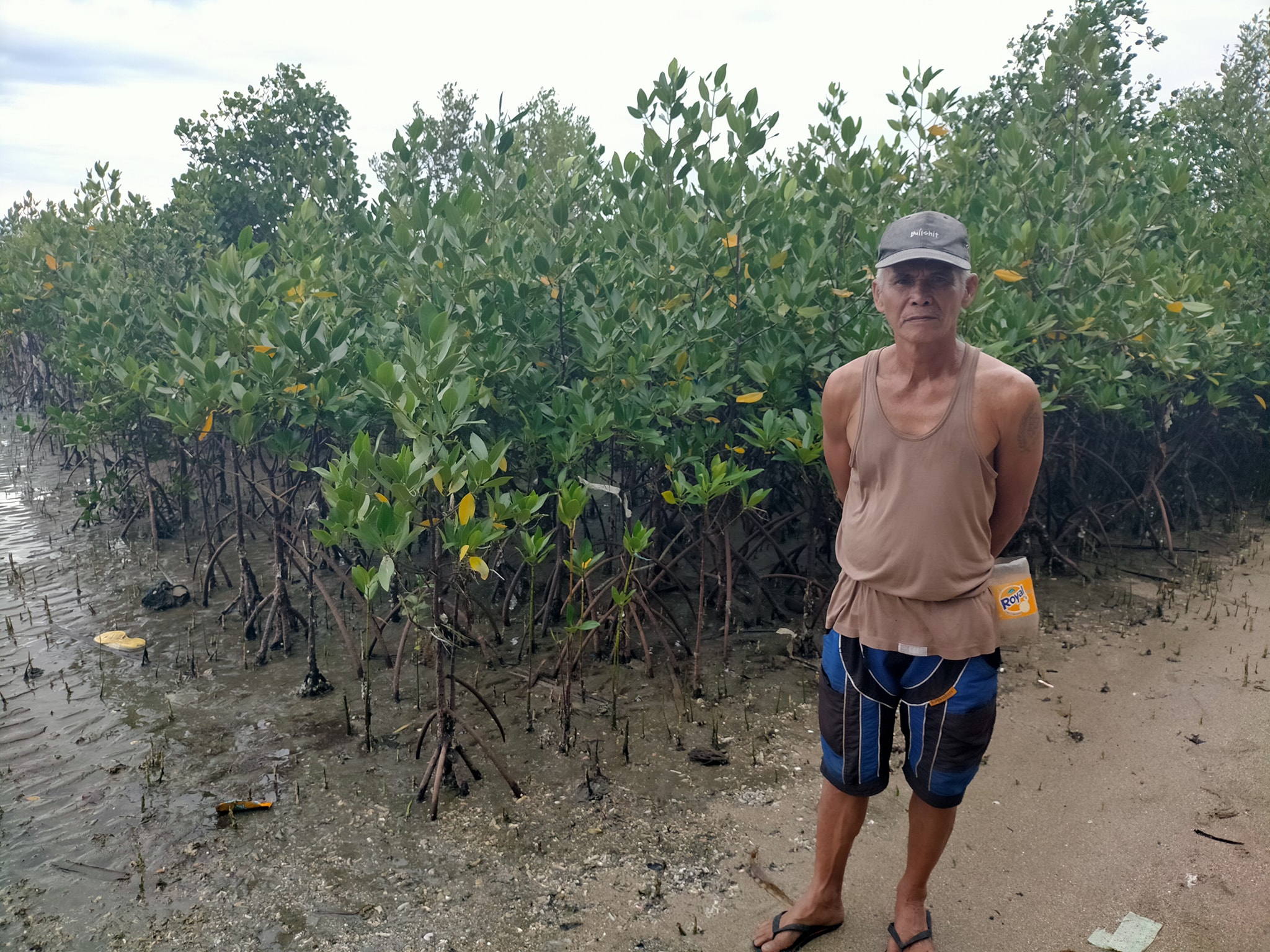 Various studies have noted the benefits of mangroves as a natural defense for coastal areas against natural calamities because its roots help keep soil in place, thus preventing flooding and soil erosion. Plus, mangroves also serve as a home for different kinds of marine life, including the endangered sea turtles, more commonly known as “pawikan” in the Philippines.

A sexagenarian by the name Gary Dabasol is familiar with such benefits of the mangrove trees since he planted more than thousands of these in the area around his house in Matalom, Leyte.

It was Dan Niez, a local from Leyte working as a financial advisor for SunLife Canada, who discovered Tatay Gary’s mangrove trees. He later posted about his encounter with the sexagenarian on Facebook. 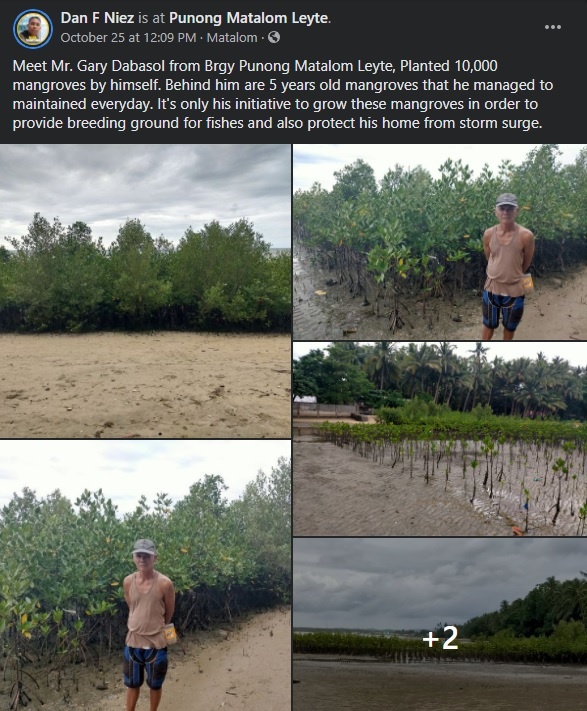 His post reads “Meet Mr. Gary Dabasol from Brgy. Punong Matalom, Leyte. [He] Planted 10,000 mangroves by himself. Behind him are five-years-old [sic]  mangroves that he managed to maintain everyday. It’s only his initiative to grow these mangroves in order to provide breeding ground for fishes and also protect his home from storm surge.”

During a family picnic at a beach, Niez was amazed to see the row of mangroves that grew near the shoreline. Curious, he set out to find out more about it.

Upon reaching the place, he met Dabasol, who he calls ‘Tatay Gary’ out of respect. At first, Niez assumed that the mangroves were planted because of a project from the local government unit, or other organizations. He was surprised to imagine it was all Tatay Gary’s doing.

“Nobody told him to do that–it was all Tatay Gary’s own initiative. For five years, he has been planting mangroves around his house from the stems that wash up on the shore,” the financial advisor said.

The sexagenarian grows mangroves from seedlings or stems that wash up on the shore.

Growing more interested about the story behind Tatay Gary’s planting initiatives, Niez struck a conversation with the sexagenarian and discovered that it was Tatay Gary’s father who gave him both the idea and inspiration to plant mangroves.

“When he was 8-years-old, Tatay Gary’s father taught him how to grow mangroves and the importance of it. They lived on an island in Bohol and his father’s place is planted with about two hectares of mangroves,” Niez related. 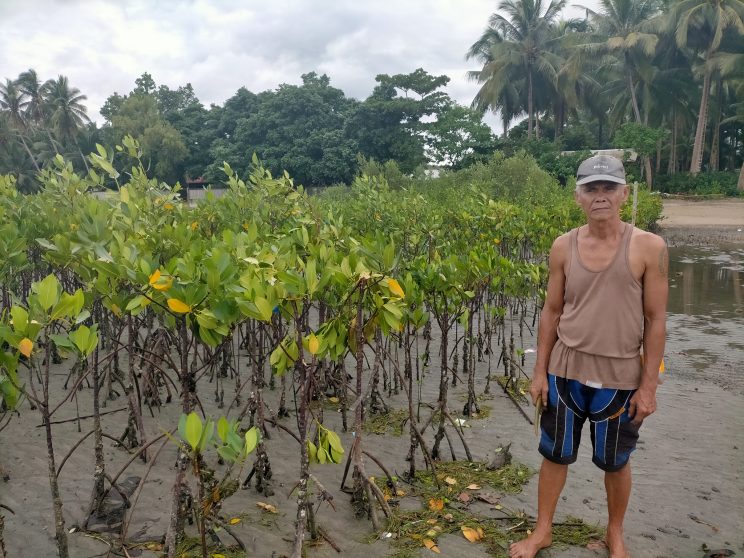 It was Tatay Gary’s father who taught him how to grow mangroves and their importance.

Tatay Gary then moved to Leyte after he got married.

But in 2013, Tatay Gary faced the onslaught of Typhoon Yolanda which wrecked his house.

From them on, the sexagenarian heeded his father’s words and began planting mangroves on the shoreline near his house for protection against storm surges, while also providing a breeding ground for fish.

Niez shared that he has had some experience growing mangroves back in 2016 when he joined a non-government organization’s efforts in planting the beneficial trees. But to his dismay, the mangroves they planted didn’t grow successfully.

“I was jealous of Tatay Gary’s mangroves because his trees really thrived even if he was taking care of them by himself,” the financial advisor said.

Wanting to know how the sexagenarian did it, Niez asked him what he did to make the mangroves grow healthily and in numbers. 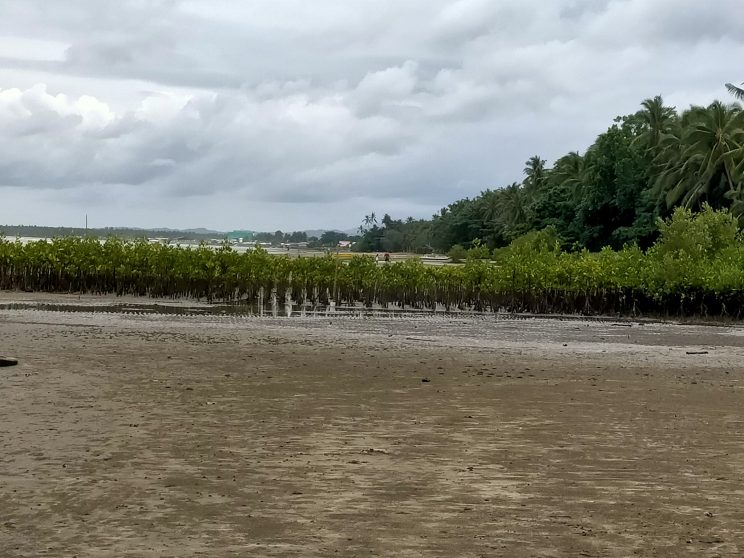 Constant cleaning and supervision is what Tatay Gary does to maintain his mangroves.

According to Tatay Gary, he strictly supervised the mangroves to see if they needed anything. He also cleaned any debris brought in by the tide to make sure that it won’t get stuck in the trees’ network of roots. Finally, whenever a tree didn’t survive, Tatay Gary would immediately replenish it with new ones to make sure that there are no empty spots among the mangrove.

Basically, growing mangroves is a win-win situation for Tatay Gary. Not only has he found a natural way to protect his home from storm surges, but by growing mangroves, he has also given protection to marine life and the environment.

Hopefully, Tatay Gary’s efforts would inspire others to plant mangroves and raise awareness about its importance in the ecosystem and how they can protect civilizations, especially those situated along coastal areas, from the damages brought about by storm surges.