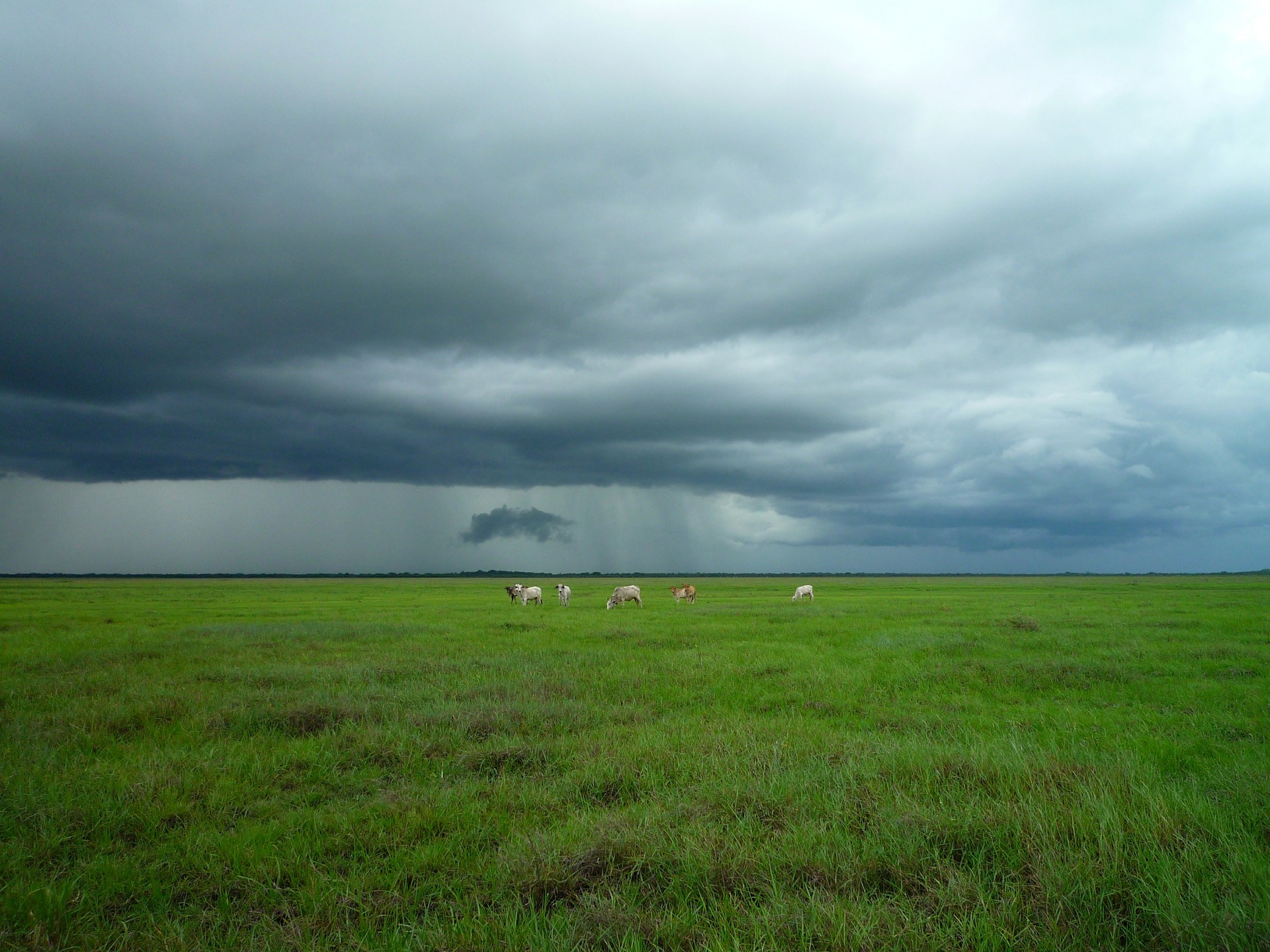 Featured image by Free-Photos from Pixabay.

Due to the geographical location of the Philippines, we experience extreme weather conditions that on a yearly basis leaves significant impacts on the livelihood of both farming and fishing communities.

Every year, the Philippines is hit by an average of 20 typhoons, five of which are destructive, according to the Asian Disaster Reduction Center (ADRC). Given this situation, it is always prudent to have careful preparation on the farm before a strong typhoon falls.

Here are a few farmers’ experiences, as well as the farm management methods that they carry out before and after the occurrence of a typhoon or monsoon rains.

Danny Hizon, 69, proprietor of Danizon Farms in Occidental Mindoro, says that one thing he learned from the recent typhoons that struck his farm is the importance of crop insurance. “Typhoon Tisoy in December 2019 was the first with such ferocious winds and its destructiveness surprised the residents.” This was followed by more typhoons this year, including the Super Typhoon Ulysses that made him say: “I am definitely going to insure my crops with the  Philippine Crop Insurance Corporation (PCIC) before the onset of the next typhoon season.” Learning this tip from a co-farmer, Hizon was encouraged to insure his crops through PCIC. As per the information he gathered so far, crop insurance is free for the farmers — something that he is still researching about.

PCIC is an attached agency under the Department of Agriculture (DA) with a mandate to protect and insure the local agricultural producers, especially the smallholder farmers, against crop damages caused by natural calamities such as typhoons and plant diseases.

To further secure his farm, Hizon thought of a long-term solution, that is to plant bamboo around the area to weaken the impact of strong winds during a storm. He also plans to dig deeper holes for shallow-rooted trees like jackfruits and mangoes to strengthen root anchorage.

Some practices that Danizon Farms presently performs before a typhoon also include: harvesting fruits that are nearly ready, providing support to trees, particularly those with heavy fruits, and staking young trees and vegetable crops like eggplants, okra, and tomatoes. Dizon adds, “Strengthen structures like greenhouse and shade house by providing support using ropes or steel cables anchored to the ground. If applicable, prune trees so that the wind could pass through more easily. For bananas, cut down the leaves,” he explained, “This way, the trees would offer less resistance to the wind, and thus, the chance of them falling down to the ground is reduced.”

The recent typhoons also wreaked havoc on Redberrytree Farm in Cavite. As per the owners Xavier and Malou Peña, Typhoon Quinta had the strongest impact on the farm this year. Despite the windbreaks including kakawate (Gliricidia sepium), ipil-ipil (Leucaena leucocephala), and mahogany trees, still, the tree branches were torn and fell on the ground, crushing other plants nearby. The Peñas learned that these windbreak trees need to be pruned into a certain height to reduce their susceptibility to damage.

For an agritourism destination like Taal Maranan’s Farmville in Batangas, they have to consider not only the farm, but also the guests coming in. Before a storm, Jayson S. Marinay, operations manager of Taal Mananan’s Farmville, shares that they firstly advise guests to reschedule their bookings on dates with no expected typhoon or calamities for safety purposes.

They secure crops and plants on the farm, mainly the high-value crops such as kale and lettuce, by covering them with nets to ease off the impact of heavy rainfall. They also trim tree branches and fix electrical wirings, before and after a tropical storm. Maranan shares, “During Typhoon Quinta, three trees were pulled out from their roots due to heavy wind.”

Recovery from a heavy downpour

Danizon Farms usually starts their clean-up by removing trees that block the pathway and by cutting down broken branches that are still attached to trees. Trees with partly exposed roots are covered with soil. Banana trees that still stand strong yet are damaged on top are cut mid-trunk to enable the trees to grow again. Hizon expounds, “Trunks of felled trees are sawed and converted to lumber. Slabs can also be made out of them and can be used as fencing material or in making raised beds.” Other trees they chop are used to make charcoal while fallen fruits are also gathered and added with greater value through processing them into new products. For plant debris such as leaves, grass, twigs, and seeds, they set them aside for composting.

For the Peñas, cleaning up after a storm is the most challenging. They cut the fallen trees that they either turn into lumber or repurpose as fences. Having to experience the effect of the recent typhoons, they’ve learned that the passage of rainwater must also be observed to prevent them from washing away newly planted crops. “Some plots should be carefully checked if rainwater will pass over the plots,” the couple advised.

After a storm, Taal Maranan’s Farmville inspects the surroundings and cleans the area by sweeping the grounds and cutting toppled trees for firewood. Being a tourism site also involves an immediate response to keep the area clean and safe so they can readily accommodate guests that are booked on the upcoming days.

Being prone to these natural disasters makes our Filipino farmers more resilient, but assistance and support from the government must continue to be available for them. After all, without them, there wouldn’t be food on our tables, especially when such natural circumstances transpire.