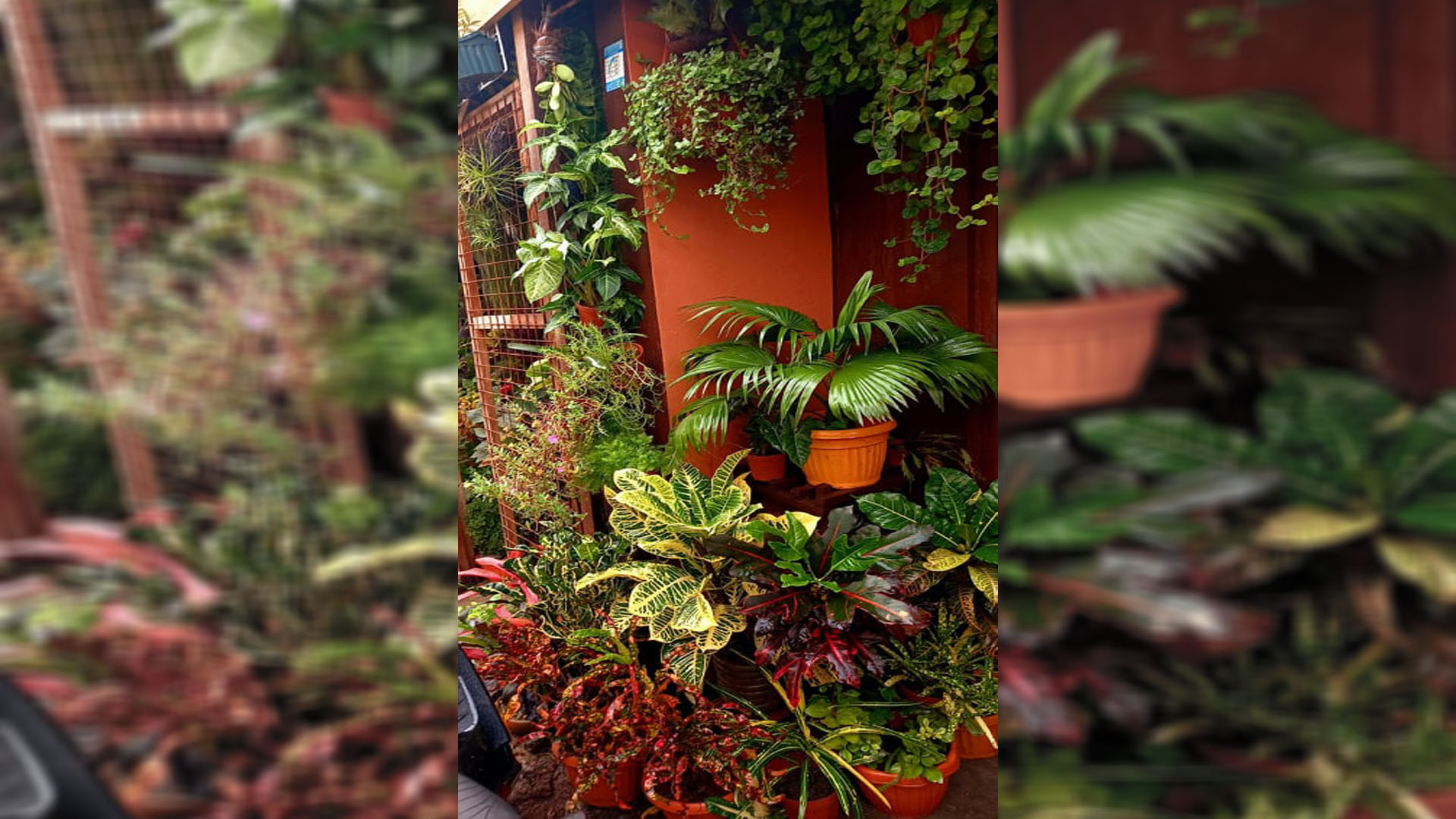 Featured photo - Some of the plants in Geronie Labora's small, lush garden.

When it comes to fashion, one must have a keen eye for beauty and creativity. A designer who knows how to utilize various shapes and colors will surely create unique as well as eye-catching pieces.

Zamboanga City fashion designer Geronie Labora´s eye for beauty is not only limited to the clothes that she makes. Her love for colorful and fresh pieces can be found in the plants that she grows.

Despite having started only last September of this year, Labora has amassed more than 200 plants in her small garden.

Joining in the ‘plantita’ hype

“I grew up in a house filled with all kinds of plants because my mother was very fond of this hobby and she had a very vast collection that actually served as the wall or fence for our 300 square meter lot,” Labora said. 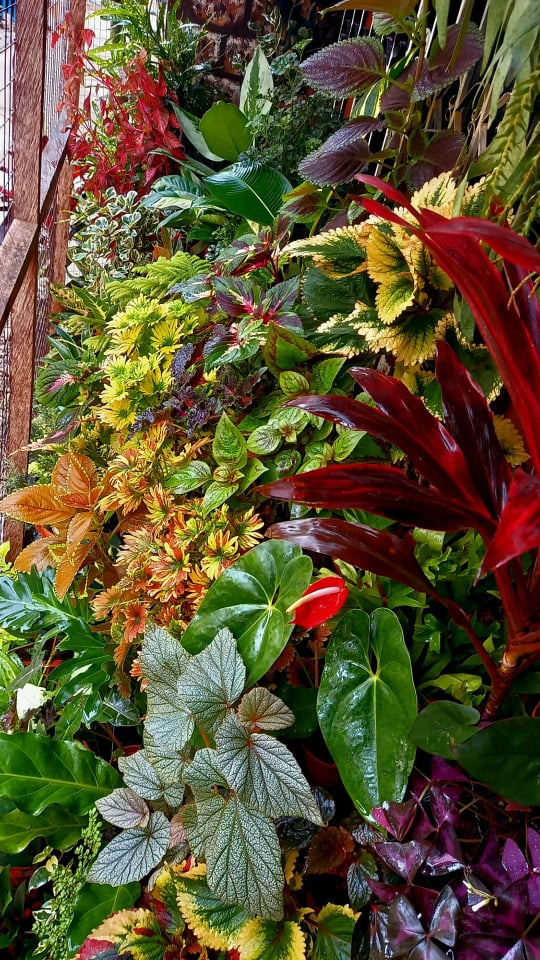 Reflecting her love for color in fashion, Labora also cares for colorful ornamentals.

Back then, the fashion designer admitted that she was too young to appreciate her mother’s efforts in owning and maintaining such a big garden. But now,  she realized how hard yet rewarding it is to actually do so.

“I decided to start my collection in line with the plantita hype, that at first I thought was mere foolishness, but now I think I’m too attached to my plants that maintaining them has become a daily routine,” the fashion designer said.

The first plant Labora had was given to her and it was a snake plant that was meant to be kept indoors for their air-cleaning properties, but the first plants that Labora bought were two small euphorbia plants. From these two plants, she grew her collection to hundreds.

Among her many plant babies, Labora considers her coleus (Coleus blumei) plants to be her favorites because these are easy to maintain and produce beautiful leaves after a short amount of time. 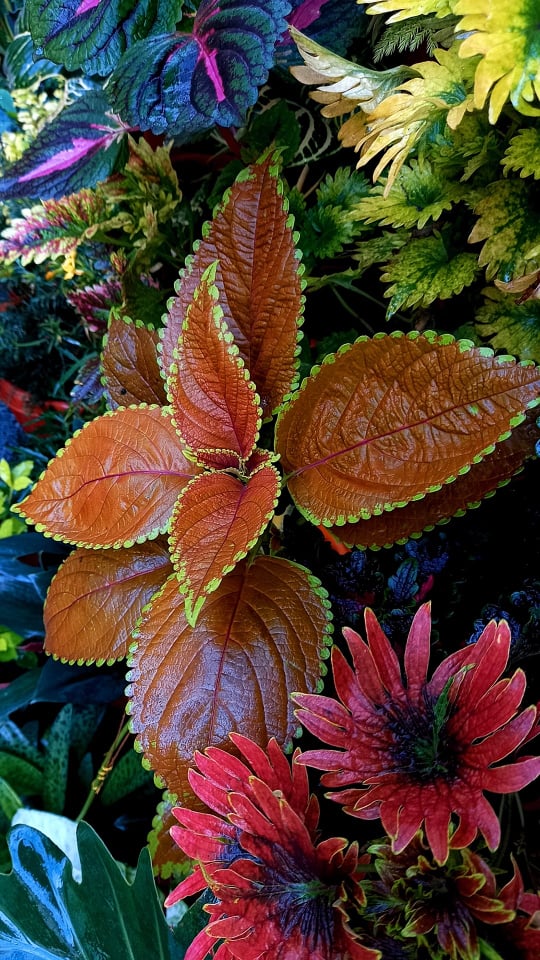 Labora’s favorites are her coleus plants since these produce colorful leaves in a short amount of time.

Coleus plants are tender tropical plants that are known for their bright-colored leaves. These require fertile, well-draining soil as well as partial to full sunlight, depending on the variety, in order to perform well.

The secret to her lush garden? Misting!

Since the fashion designer resides in the suburbs, she deals with the warm weather that could ultimately affect her plants. But even though she’s just a beginner, Labora has a secret up her sleeve that helped her garden thrive under her care and despite high temperatures: misting. 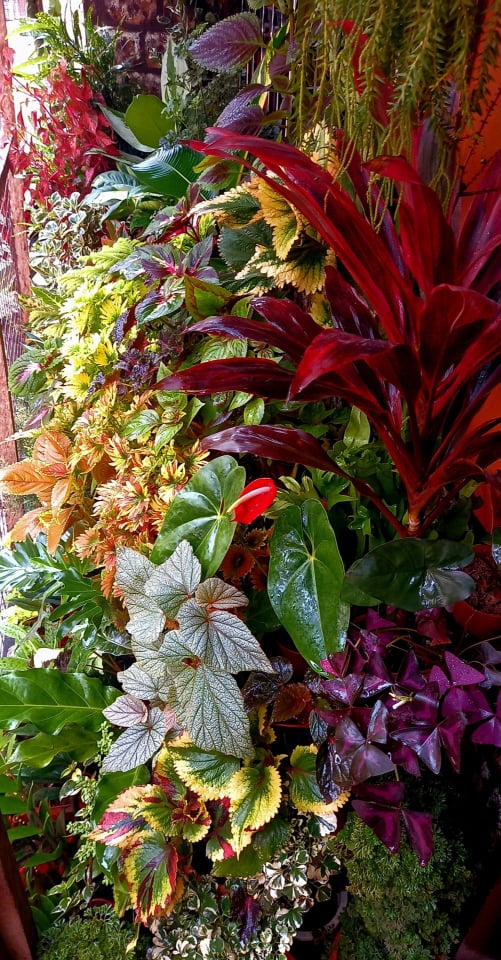 “I mist or spray my plants with rainwater every three hours. It might sound crazy but it’s very effective. People think that it may drown the plants but so far, I have a very lush garden to prove them wrong. This technique actually stimulates plants to produce more leaves and flowers. This works well with almost all the plants that I have,” Labora said.

She added that aside from misting, she cares for her plants by always checking on them, cutting dead or ugly leaves, and repotting them in uniform pots of the same color for aesthetic purposes.

For Labora, gardening is a great activity that promotes good mental health as it gives her a reason to wake up early in the morning and enjoy her time with her plant babies despite her busy schedule as a fashion designer.

The fashion designer considers her garden as a living artwork or an exhibit that she can proudly display and showcase to the world. 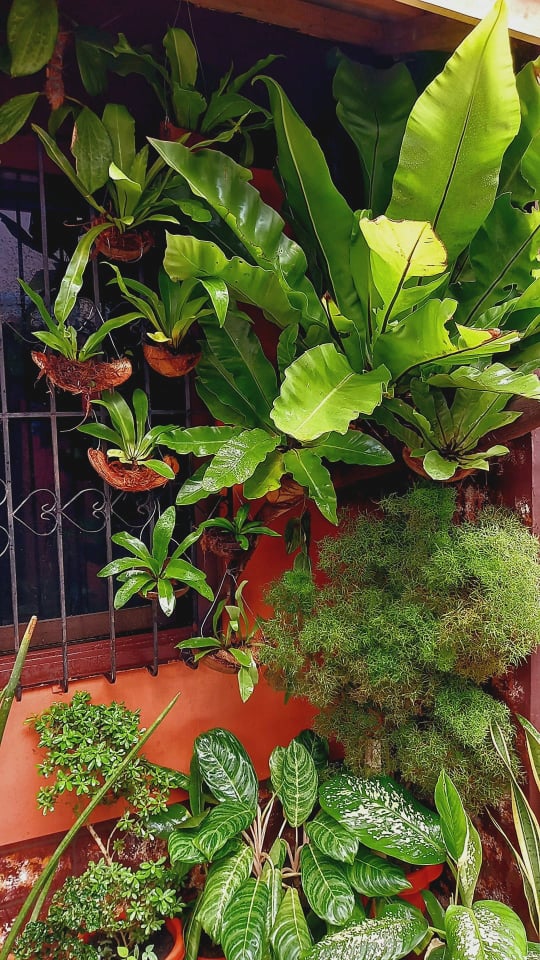 Her lush garden is enjoyed by many in her neighborhood.

“I have a collection of basic and local plants that everyone already has seen but the difference is that I arrange them in such a manner that they all look so beautiful together and very lush. They are strategically positioned by color and texture to make the garden look very neat and resplendent. Like I said, it’s not about the kinds of plants you grow, but it’s about how you take care of them,” Labora said. 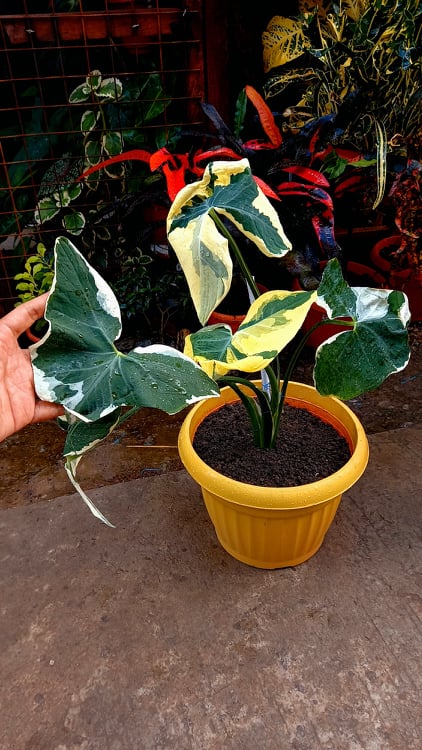 So even though Labora’s profession isn’t directly related to gardening, she found a way to incorporate it in her small garden, making her collection as unique and eye-catching like the clothes that she designs. And through misting and proper care, she manages to maintain her small, lush garden for her—and everyone else—to see and enjoy.

3 tips to help kids fall in love with nature

How to stop and prevent aphids from attacking your garden